It was Chinese New Year Spring Festival or the Lunar New Year this weekend which heralded the Year of the Ox - an animal that symbolises the strength and determination we’ll undoubtedly draw heavily on this year.

These the Chinese Zodiac elements & animals between 1924 and 2043 collated by @neilrkaye.

What caused the 1990 banana price spike you ask? The Guardian’s 📰The banana wars explained.

Bonus reading: 🍌📝 What is a Banana Republic? 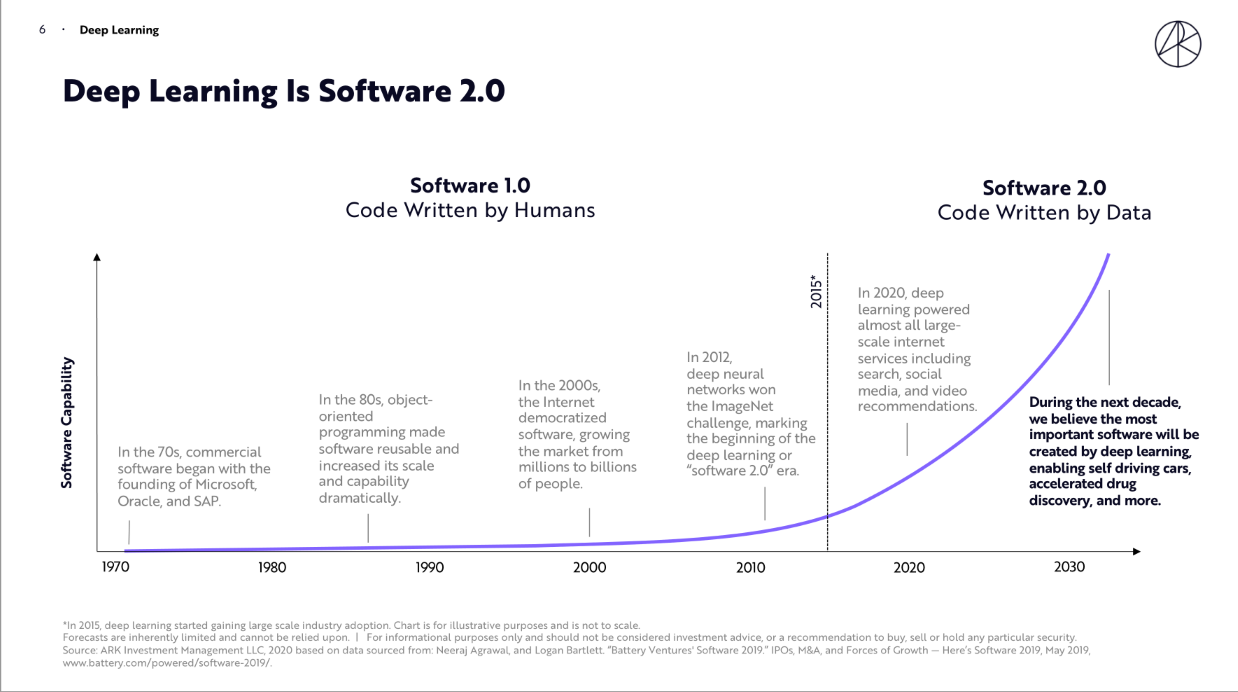 James Eagle ran a quick poll on what’s been driving digital transformation. Tiny sample size but squares with data in studies by McKinsey, Deloitte and KPMG 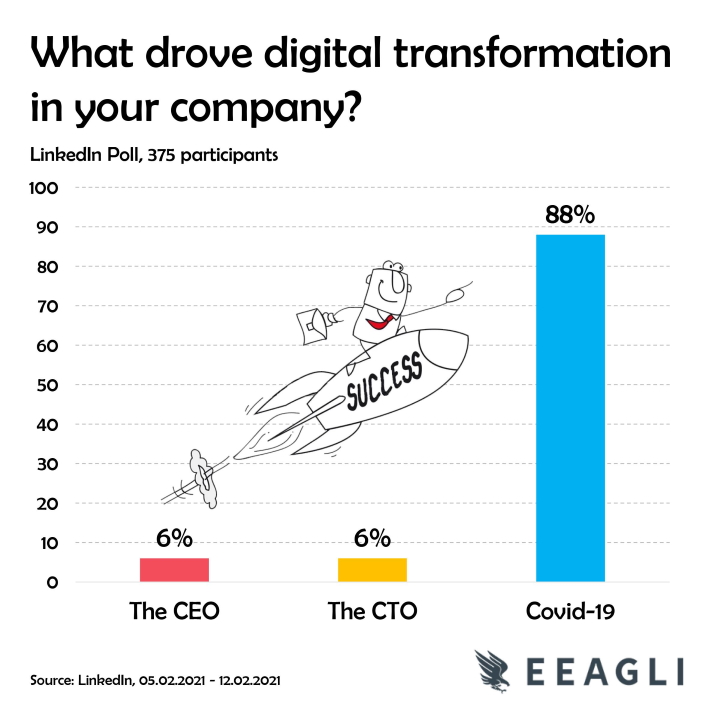 “It’s not about the tech industry in its narrow sense- it’s digital tech becoming much more pervasive across all industries and entrepreneurial activity getting that amplification because of software and digital tech.” -Satya Nadella, Microsoft 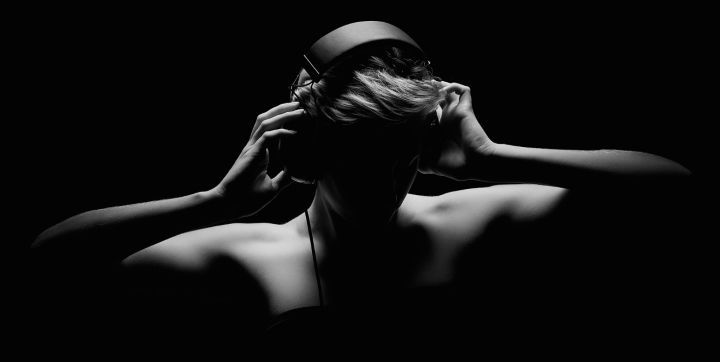 Epic Games has announced MetaHuman Creator, a browser-based app to create stunning digital humans in less than an hour using

Definitely part of the emerging market payment & cross-border thesis (outside of the institutional adoption thesis dominating the developed world). 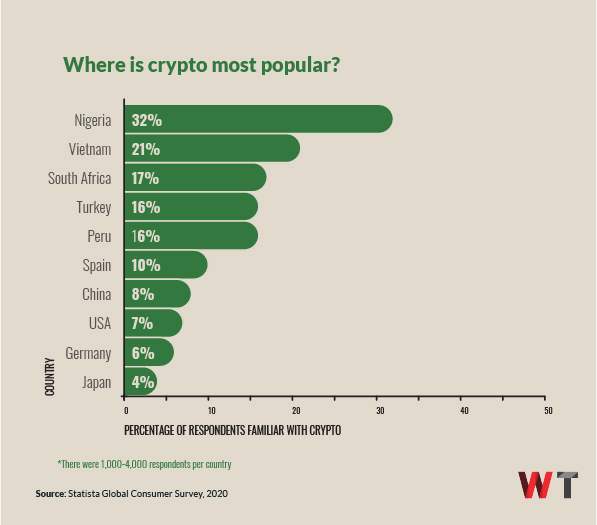 Regulations and sentiment are wildly mixed across the different regions however - a poignant example being 📝Nigeria’s Central Bank attempting to nix crypto a week ago, much to the chagrin of fintech founders and users countrywide.

The news today is 🤯

“The technology is so strong that I don’t see the kind of regulation that we can do. #Bitcoin has made our currency almost useless or valueless." - Nigerian Senator Sani Musapic.twitter.com/9in1n1PvtA

📖Ecobank published a report showing just how bearish most African jurisdictions still are on the idea of cryptocurrency; and to some degree digital assets more broadly. 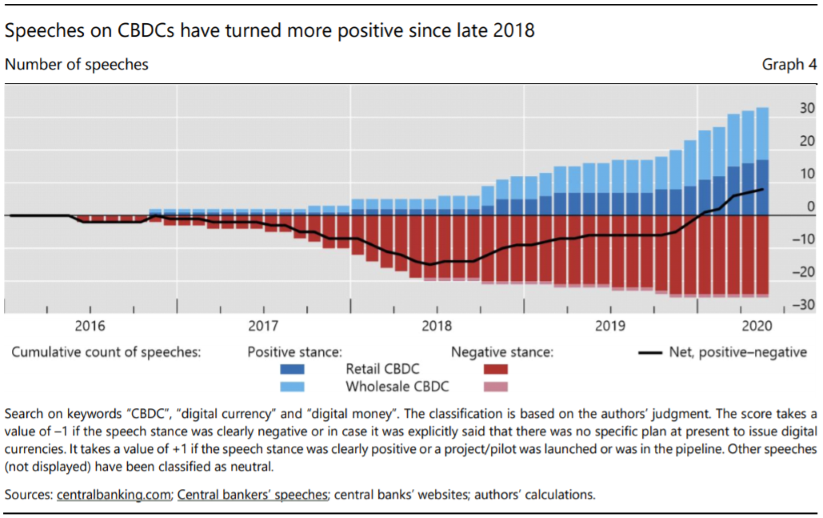 Yet the 📚Bank of International Settlements has noted just how many Central Banks worldwide are exploring the idea of issuing Central Bank Digital Currencies.

Project Khokha 2 will issue, clear and settle debentures on distributed ledger technologies (DLT) using tokenised money in a minimum viable product (MVP) to inform policy and regulatory reflections. Industry participants will be able to purchase the debentures with a wholesale central bank-issued digital currency (wCBDC) and a wholesale digital settlement token (wToken). The wToken can be seen as a privately issued stablecoin used for interbank settlement.

With the total value locked in Decentralised Finance (DeFi) applications continuing to spike (and the Chinese Digital Yuan undergoing a successful pilot) - there seems to be little choice but to spend the time and resources exploring what natively digital money could look like for forward-thinking CBs looking to maintain continued relevance. 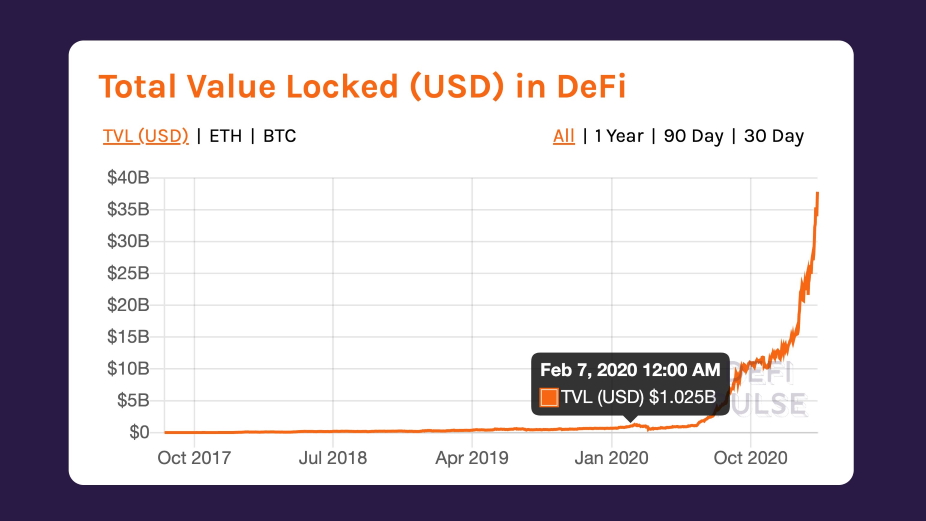 As previously noted, the Israel vaccine stats continue to lead the global charge, and thus give us a real-world opportunity to see the effect at a population level. 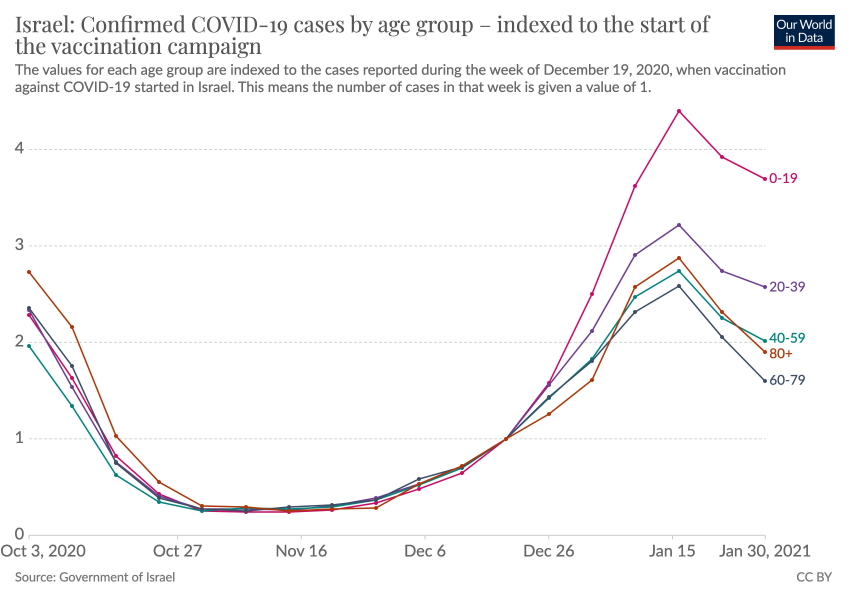 The stats, as early as they are, are certainly encouraging 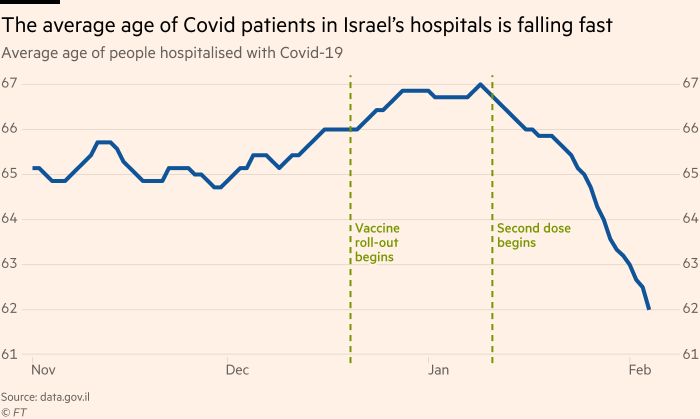 Large-scale rollouts remain one of the key political questions in 2021; here Nate “528” Silver notes the required pace in the US.

Maybe instead of shots per day, it's also worth thinking about TIME: how long it would take to vaccinate the country. Here's a little conversion table for that, assuming you want to vaccinate 80% of the US population including children. pic.twitter.com/OkeDlDknMq

Meanwhile per NYT, “Scientists are working on a shot that could protect against Covid-19, its variants, certain seasonal colds — and the next coronavirus pandemic.”

📰Could a Single Vaccine Work Against All Coronaviruses? 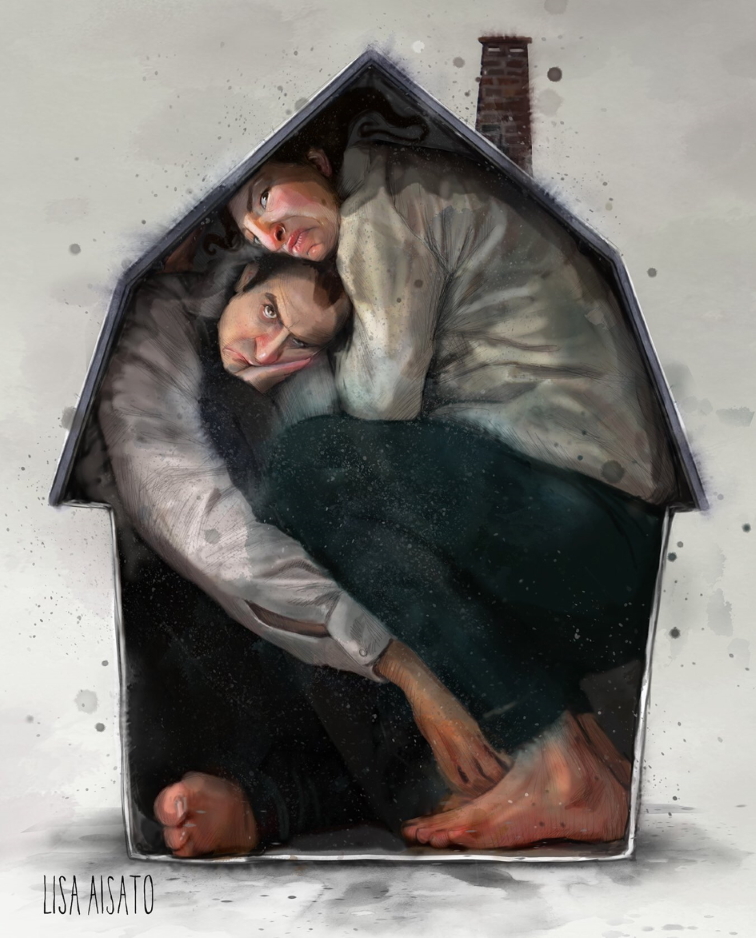 “Be honest, frank and fearless and get some grasp of the real values of life… Read some good, heavy, serious books just for discipline: Take yourself in hand and master yourself.”

Sociologist and civil rights pioneer W.E.B. Du Bois (February 23, 1868–August 27, 1963) was the first African American person to receive a doctorate from Harvard — an achievement that both reflected and affirmed his faith in the life-changing power of education.

The quote is from 📜a letter to his daughter

Spotted this piece and many other fantastic foliage works in Jacob Geller’s “A Thousand Ways of Seeing a Forest” youtube video - where he looks at (of all things) trees in video games, and somehow centres the study on a Wang Wei poem.

Photo this user took last week. If you zoom in, you can see the flower behind the web in each dew drop 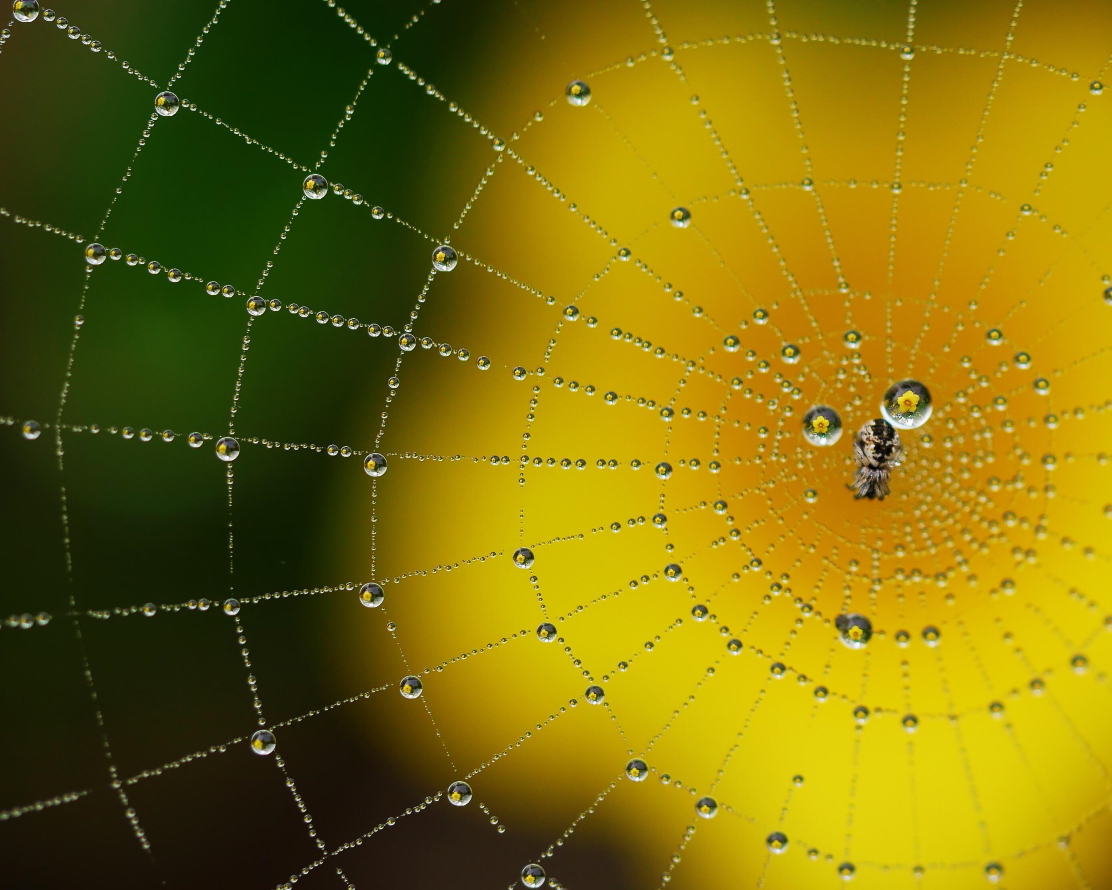