Women sitting in an info gathering held by the Taliban in a teacher training faculty. 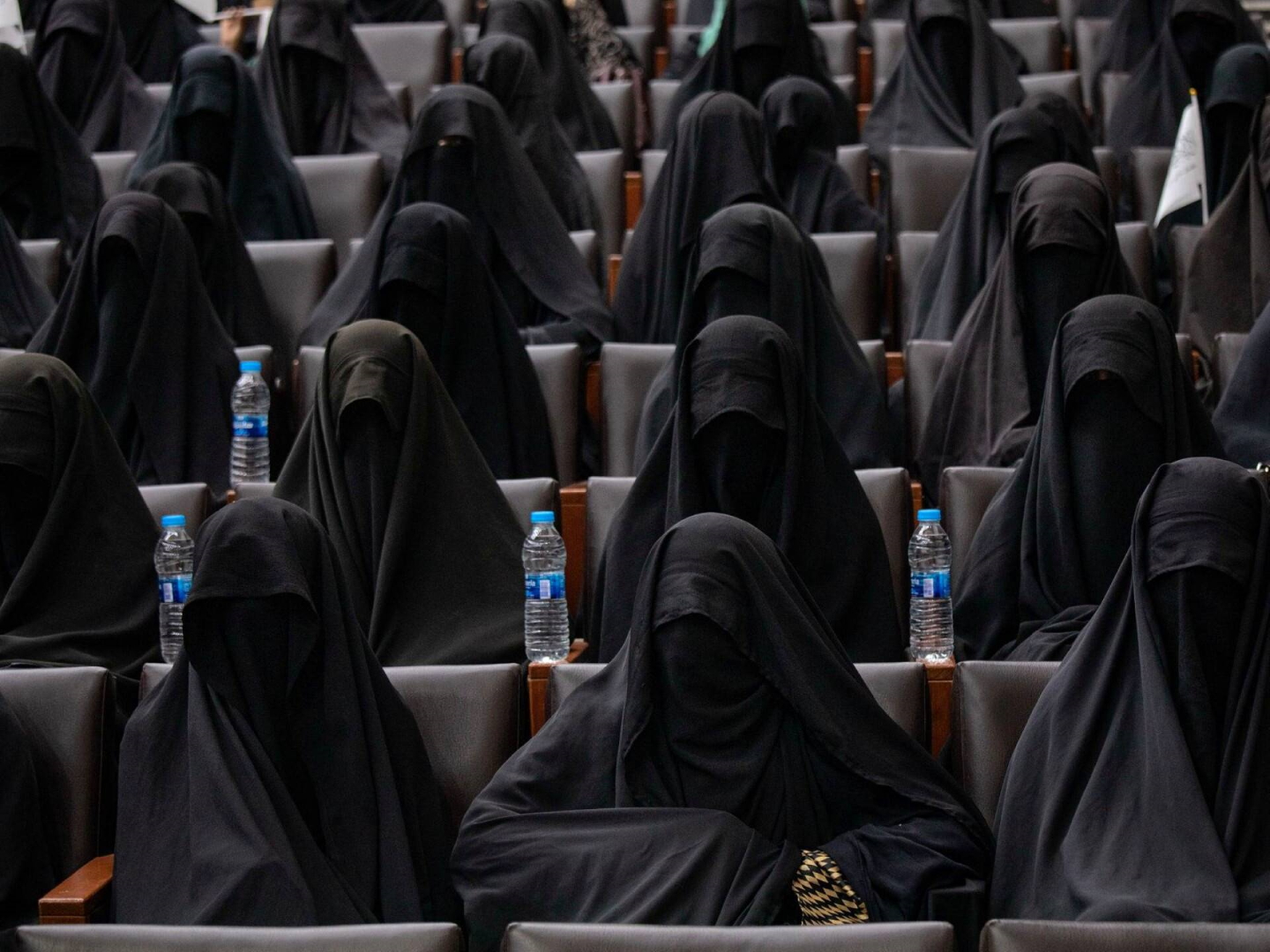 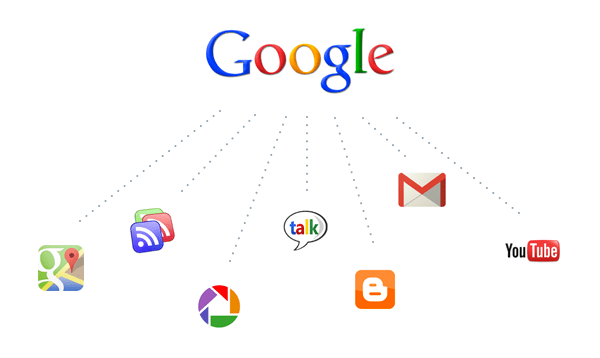 8 product lessons we can learn from Google+ - or specifically Paul Adams now SVP of Product at Intercom - who was on the original Google+ team and invented the ideas behind Circles. Quite a dated post 📝(April 2014) but the lessons remain relevant and outside of Big Tech solving for social media.

There is so much room for invention, so much opportunity to make people’s lives better, the Internet is in its infancy. There is no need to worry so deeply about competitive threats, as if it is a zero sum game and there is a foregone product conclusion.

2. Perceived benefits need to be greater than perceived effort

3. Ruthlessly focus and descope, be patient, the Internet is young

Google+ tried to be everything, all at once. As well as the rise of Facebook, there was the growth of Twitter, and Google+ attempted to compete with both. Facebook and Twitter are very different products and often serve independent needs for people. The product complexity within Google+, and the lack of aggressively killing off features people don’t use, suggests that this remains an issue.

All of the massively successful social products of the last few years have started out by doing one thing really well, then growing organically and expanding.

4. Embrace the idea that life is messy

There is a deep dichotomy between this messy reality and software builders’ desire for structured data. Maybe someday we’ll figure out that our brain is all nodes and links, deep and shallow pathways between objects, and we can directly map to it with software. But likely not in our lifetime.

In this sense, email works the same way as WhatApp. We email the same groups of people over and over again, rebuilding the same list manually every single time. To many engineers, this is crazy, leading to horrible inefficiencies in data processing and storage. Duplication everywhere. But this is the messy reality. The cognitive effort to add in people’s email addresses is low. So doing it over and over again makes sense. Suggesting others to add based on common patterns (like Gmail does) makes this faster for people, reduces the effort, and makes it a better experience.

5. A fast follow product strategy doesn’t work when you have network effects

There is a nightclub close to our office. It’s pretty run down, it plays questionable music, it serves questionable beer. And it’s packed every night. People love it. Many new nightclubs have opened up next door, only to close their doors months later. They had better decor, better music, better beer. But they didn’t have the one thing necessary for success: people’s friends. People want to be where their friends are, and this trumps everything.

Google+ didn’t necessarily need a Newsfeed for example, and it certainly didn’t need to look or be structured like Facebook. And to put the elephant in the room to bed, Google didn’t need real names, they simply needed one common way to refer to individual people. Most of the rest of the world still use email addresses to accomplish this, another irony for people working on Gmail.

Looking back at the history of communication, most successful social software has an analogous offline experience. Even something like a Newsfeed can be easily compared to a local town square as the primary source of news and gossip. With a new tool, people need an established way of thinking about it to reduce the perceived effort of use.

Not withstanding these issues it’s entirely plausible that Google+ succeeded in this first wave of its life. If the goal was to get hundreds of millions of people signed in to Google every day then it looks like it achieved that. Whether knowingly or unknowingly, an order of magnitude more people are now signed in under one identity, searching, emailing, watching videos. Once you have distribution, and Google have that in spades with Android, Chrome, and Search, there are many paths to success. 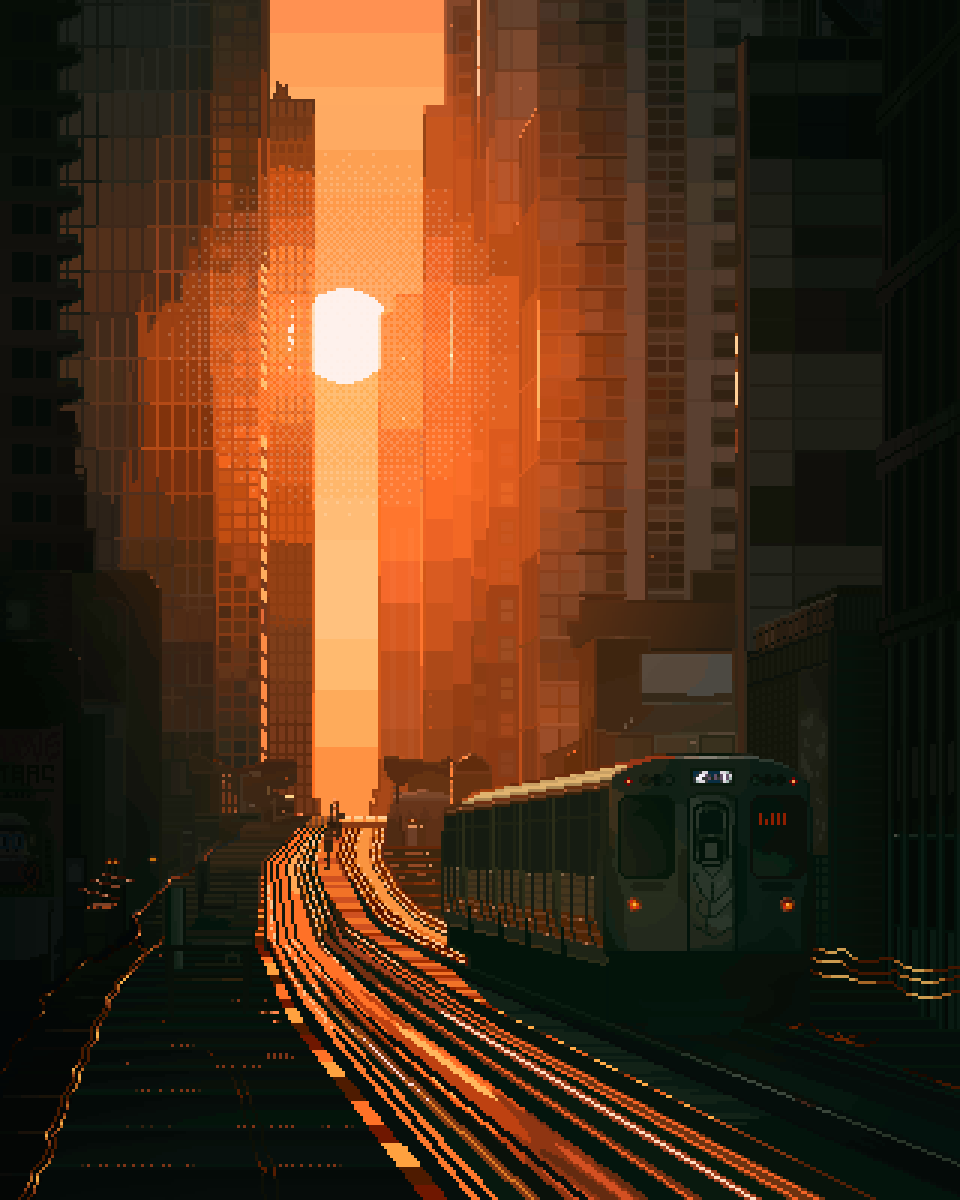 Earth’s surface area by type & usage. Or as this user quipped - “If the earth was defragged” 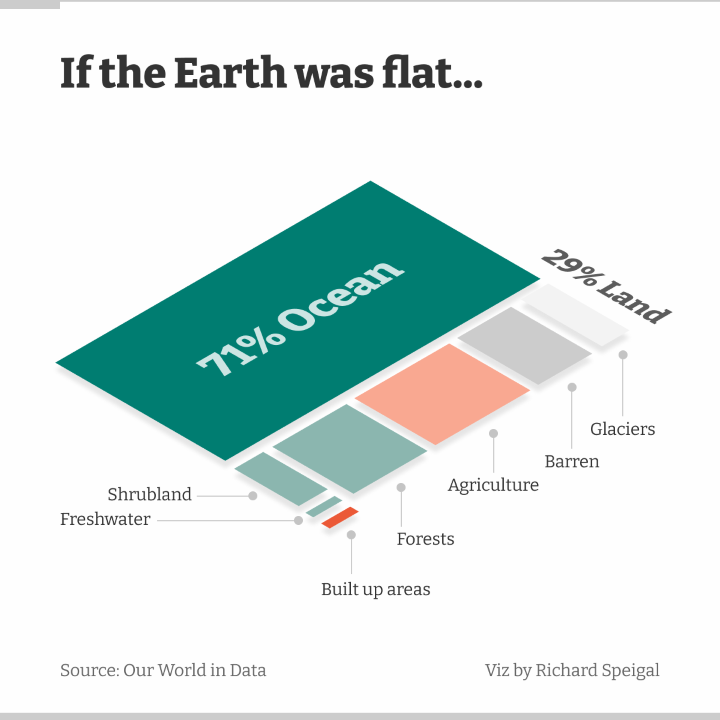 The disparity in vaccination rates between developed in developing countries remains incredibly stark. Compare the below graphic of vaccine propagation in Africa to the recent report that in Portugal, 📰There Is Virtually No One Left to Vaccinate with the eligible population being almost universally jabbed. 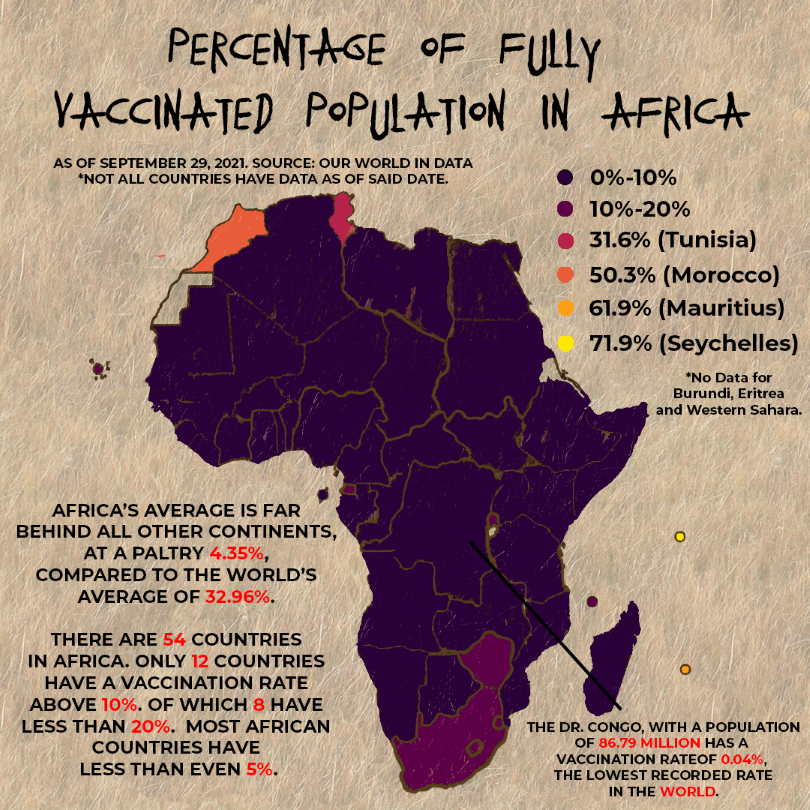 There are numerous drivers of this, not all which rest on the governments responsible for vaccine rollouts or indeed the suppliers who initially privileged developed markets - but vaccine hesitancy is also a big factor. This is evidenced by the numbers of folks who are eligible but have decided not to go ahead with a second jab for example (per SA stats).

Over a million in Gauteng province alone. 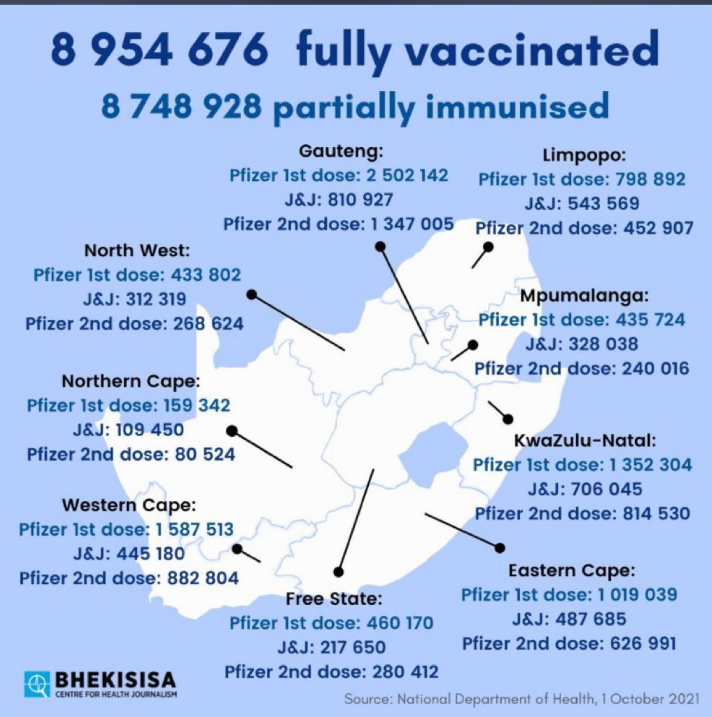 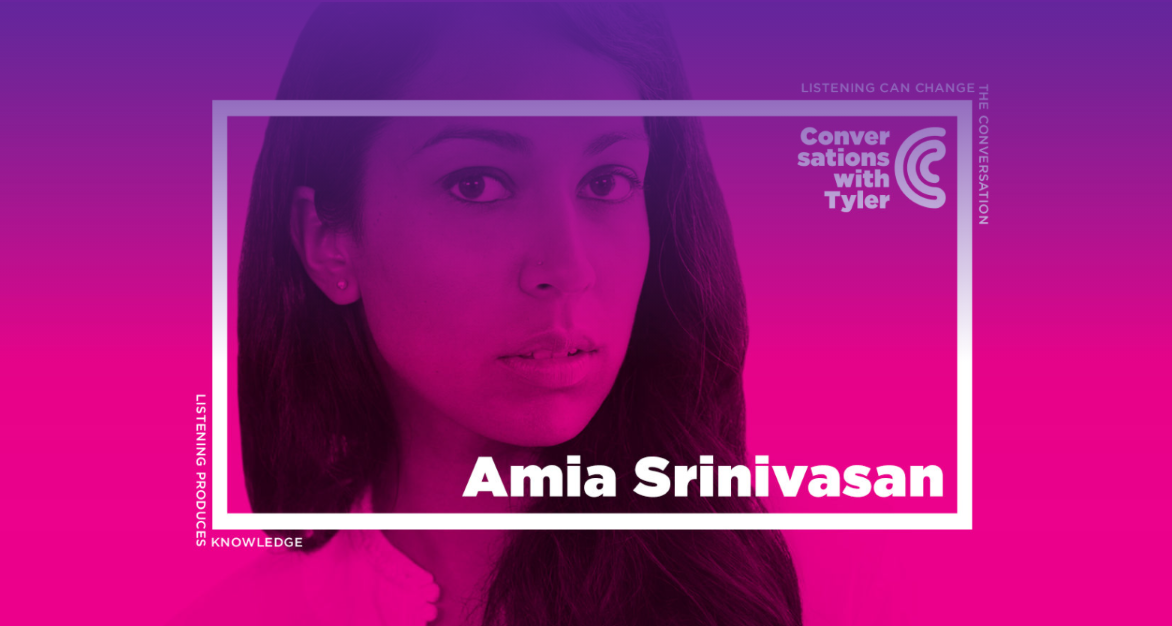 What happens when you take an outspoken libertarian-leaning economist with a penchant for epic-deep-dive interview preparation and pair them with a popular and strong-willed self-described utopian feminist philosopher?

A pretty epic - and at times of course spicy - conversation. An excerpt from the Conversation’s With Tyler blurb:

What is our right to be desired? How are our sexual desires shaped by the society around us? Is consent sufficient for a sexual relationship? In the wake of the #MeToo movement, public debates about sex work, and the rise in popularity of “incel culture”, philosopher Amia Srinivasan explores these questions and more in her new book of essays, The Right to Sex: Feminism in the Twenty-First Century. Amia’s interests lay in how our internal perspectives and desires are shaped by external forces, and the question of how we might alter those forces to achieve a more just, equitable society.

Amia joined Tyler to discuss the importance of context in her vision of feminism, what social conservatives are right about, why she’s skeptical about extrapolating from the experience of women in Nordic countries, the feminist critique of the role of consent in sex, whether disabled individuals should be given sex vouchers, how to address falling fertility rates, what women learned about egalitarianism during the pandemic, why progress requires regress, her thoughts on Susan Sontag, the stroke of fate that stopped her from pursuing a law degree, the “profound dialectic” in Walt Whitman’s poetry, how Hinduism has shaped her metaphysics, how Bernard Williams and Derek Parfit influenced her, the anarchic strain in her philosophy, why she calls herself a socialist, her next book on genealogy, and more.

Abundance of natural resources, particularly hydrocarbons, have often spelled doom for local populations - from Nigeria to Venezuela; primarily fueled by corruption and exploitation of the natural resource by the few with little benefit going to the many.

How/why have the likes of Norway managed to buck this trend? 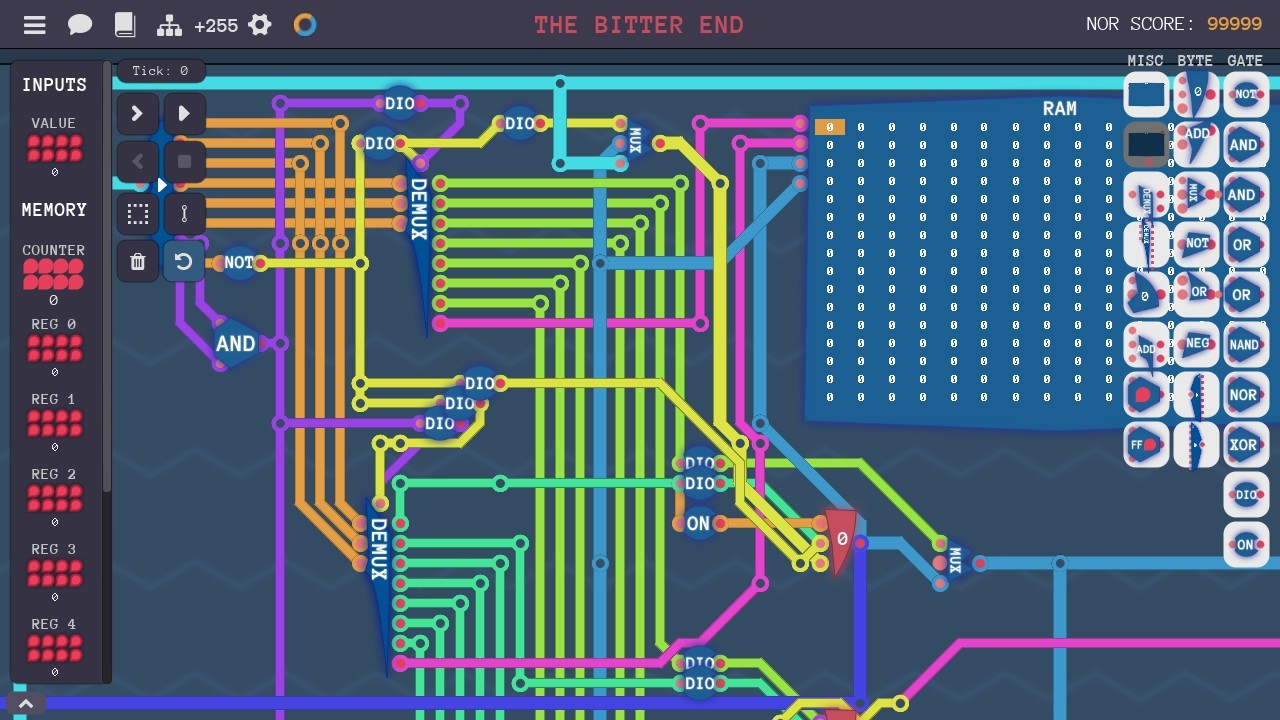 Do you know how a computer works? Do you think you could figure out how to build one from first principles?

The team behind the game Turing Complete think that you certainly could build a functional computer through challenging logic puzzles.

📰An interview with Apple VP Kaiann Drance and Human Interface Team designer Johnnie Manzari on how they built they build the iPhone 13’s Cinematic Mode.

Cinematic Mode is actually a bundle of functions that exist in a new section of the camera app. It leverages nearly every major component of the iPhone to do its thing. It utilizes the CPU and GPU, of course, but also Apple’s Neural Engine for machine learning work, accelerometers for tracking and motion and of course the upgraded wide-angle lens and stabilized sensor.

Some of the individual components that make up Cinematic Mode include:

And all of those things are happening in real time. The results allow shorts like this to be shot on a phone. 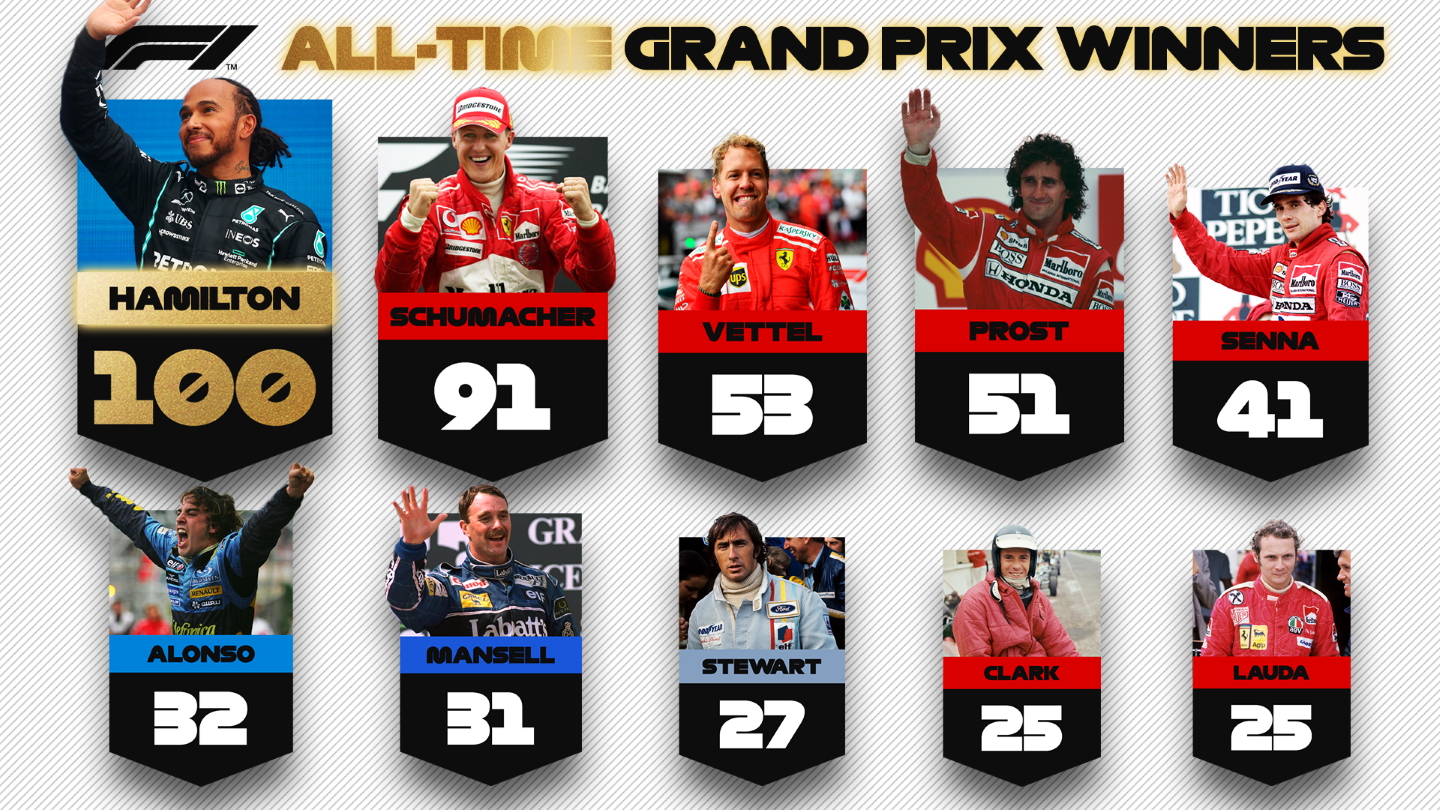 A recent 📚Pew research study found that in the US at least - American’s who relied most on former President Donald Trump or personal connections for Covid-19 news are now among the least likely to be vaccinated. 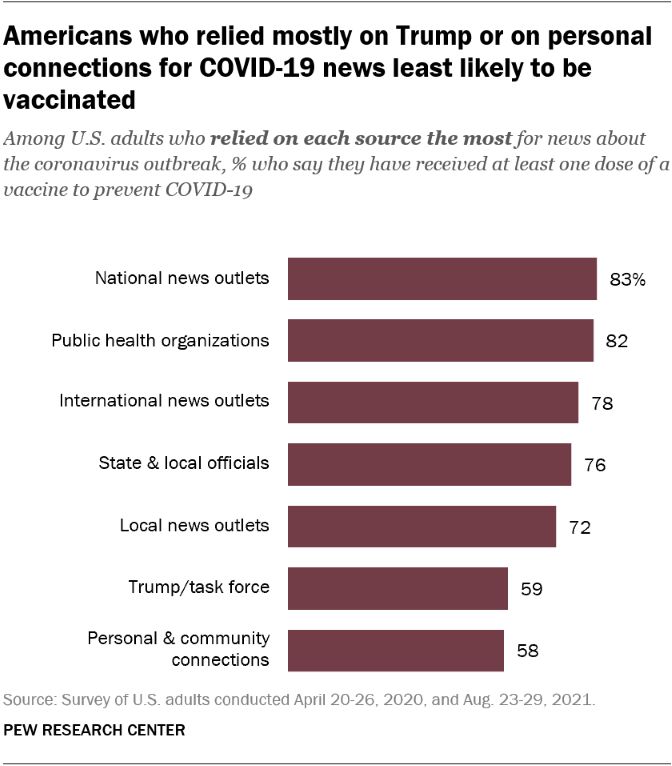 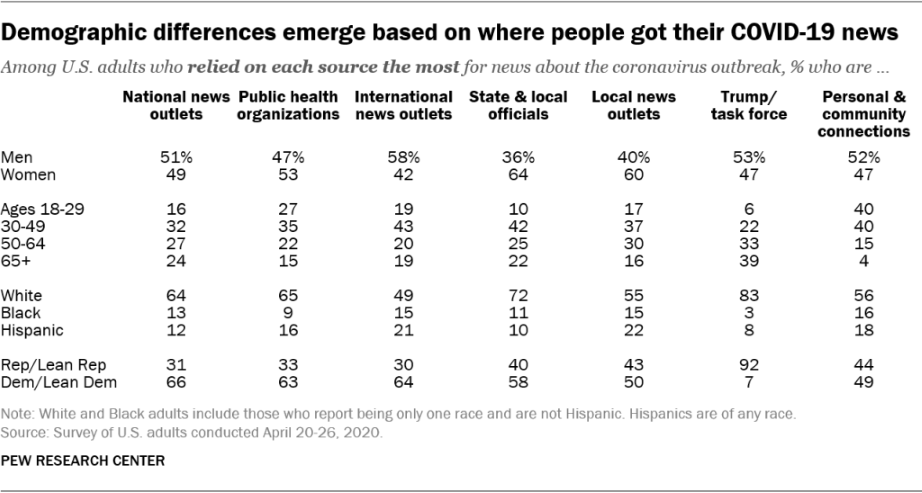 What is probably more fascinating are the data and analysis of a hack of some of the leading popular dissenting voices who’ve sought to counter mainstream narratives on covid, it’s propagation and recommended treatments - instead being at the nexus of promoting all from hydrochloroquine in the early days, the ivermectin and zinc cocktails in more recent times and of course casting general doubt on vaccine efficacy and safety. 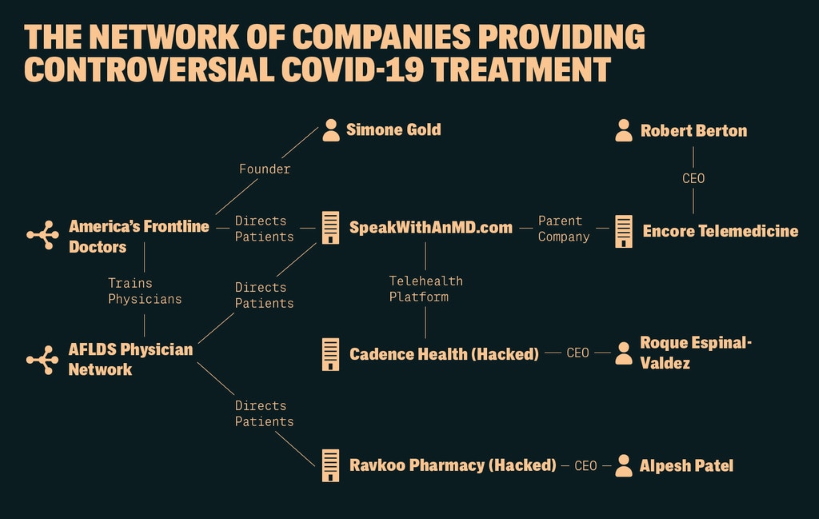 Groups like AFLDS and individuals like Simone Gold. The data reveals that 72,000 people paid at least $6.7 million for Covid-19 consultations promoted and unravels a network making tens of millions of dollars from it’s efforts. From the article:

The Intercept has obtained hundreds of thousands of records from two companies, CadenceHealth.us and Ravkoo, revealing just how the lucrative operation works. America’s Frontline Doctors, or AFLDS, has been spreading highly politicized misinformation about Covid-19 since the summer of 2020 and refers its many followers to its telemedicine partner SpeakWithAnMD.com, which uses Cadence Health as a platform. People who sign up then pay $90 for a phone consultation with “AFLDS-trained physicians” who prescribe treatments such as hydroxychloroquine and ivermectin to prevent and treat Covid-19. The drugs are delivered by Ravkoo, a service that works with local pharmacies to ship drugs to patients’ doors. Of course, that’s if patients ever get the consultation; many customers told Time they never received the call after paying. 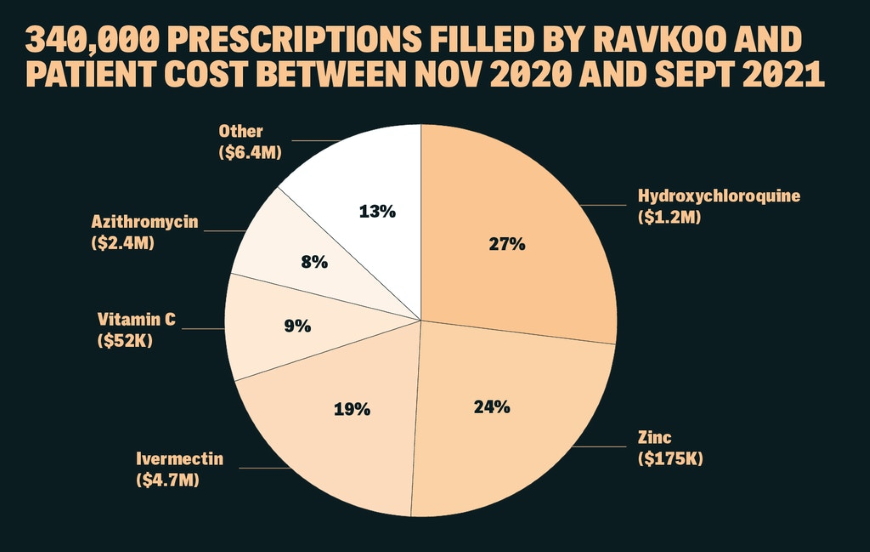 The sketchy info to product buying pipeline remains a lucractive one. 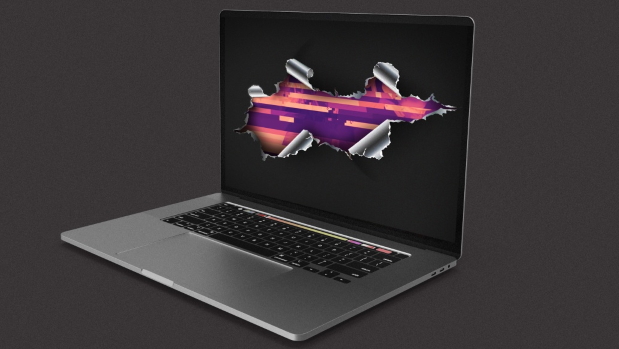 MIT Technology Review 📝note that there’s been a spike in zero-day exploits discovered in the wild.

A zero-day exploit—a way to launch a cyberattack via a previously unknown vulnerability—is just about the most valuable thing a hacker can possess. These exploits can carry price tags north of $1 million on the open market.

And this year, cybersecurity defenders have caught the highest number ever, according to multiple databases, researchers, and cybersecurity companies who spoke to MIT Technology Review. At least 66 zero-days have been found in use this year, according to databases such as the 0-day tracking project —almost double the total for 2020, and more than in any other year on record. 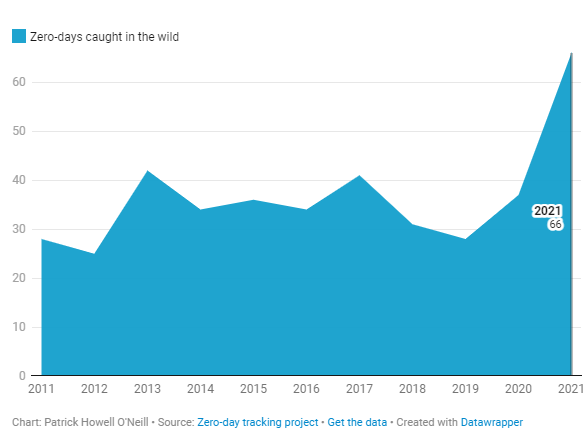 It was the late 1990s, and 3,000 young actors around the world were scouted for the role of a lifetime. On the ride home from school, Devon Michael’s mom told him he’d be auditioning for one of the most anticipated movies ever. “The Phantom Menace” — then the next installment of the “Star Wars” franchise — was in production, and they were searching for young Anakin Skywalker.

Growing up, Michael had small roles in commercials, television shows and movies. At 9 years old, he understood that an opportunity like “Star Wars” could change his life. From 3,000, the producers narrowed it down to three, and soon Michael was at Skywalker Ranch doing a test screen with George Lucas and Natalie Portman. The role ultimately went to Jake Lloyd, who experienced a level of criticism and bullying that would be alarming for even an adult actor. In Ben Proudfoot’s “The Unchosen One,” Michael shares his experience as a child actor and urges the public not to forget that they’re just kids. 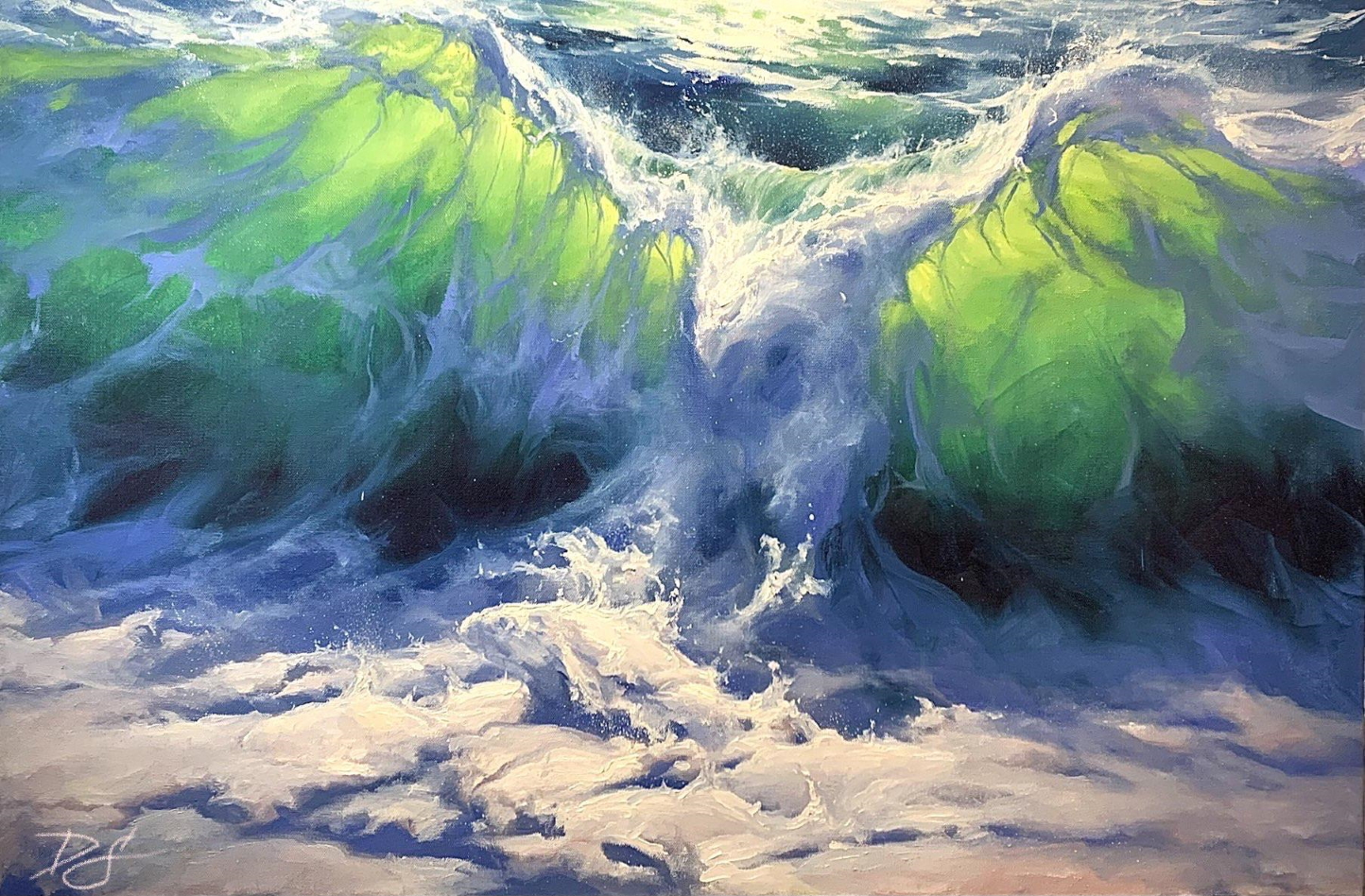 From The Bed of Procrustes: Philosophical and Practical Aphorisms by Nassim Nicholas Taleb

“Modernity: we created youth without heroism, age without wisdom, and life without grandeur”

“What I learned on my own I still remember”

“Your reputation is harmed the most by what you say to defend it.”

An afternoon in Paris, 1900. This video was shot by the Lumiere brothers (Colorized, 4k, 50fps)