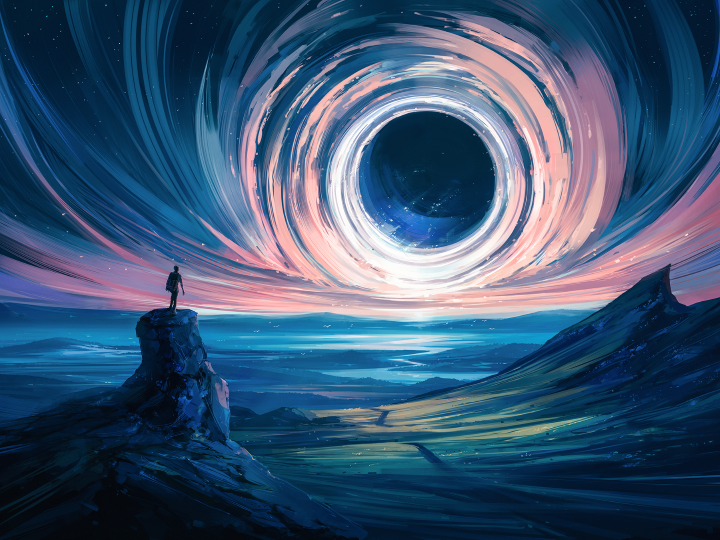 In an 📰extraordinary turn of events the majority of the ~120,000 Bitcoin which were stolen in the famous 2016 Bitfinex hack have not only resurfaced but a couple accused of trying to launder the tokens - which have since ballooned to a value of $3,6Bn+ - has been remanded into custody, with the coins being seized by the feds.

What boggles is the sheer bizarre nature of the couple who found themselves in possession of the stolen wares, in light of this probably being the largest seizure in history and one of the biggest money laundering operations of all time.

This is what the face of multibillion dollar crypto fraud looks like 😆 pic.twitter.com/4MwFQsaDVw

The Motherboard team at VICE do a pretty decent job of unpacking the sordid and cringeworthy details of their profile.

What we can say for sure is that law enforcement absolutely loves the traceability inherent in cryptocurrency; this from the 📚DoJ report on the case. 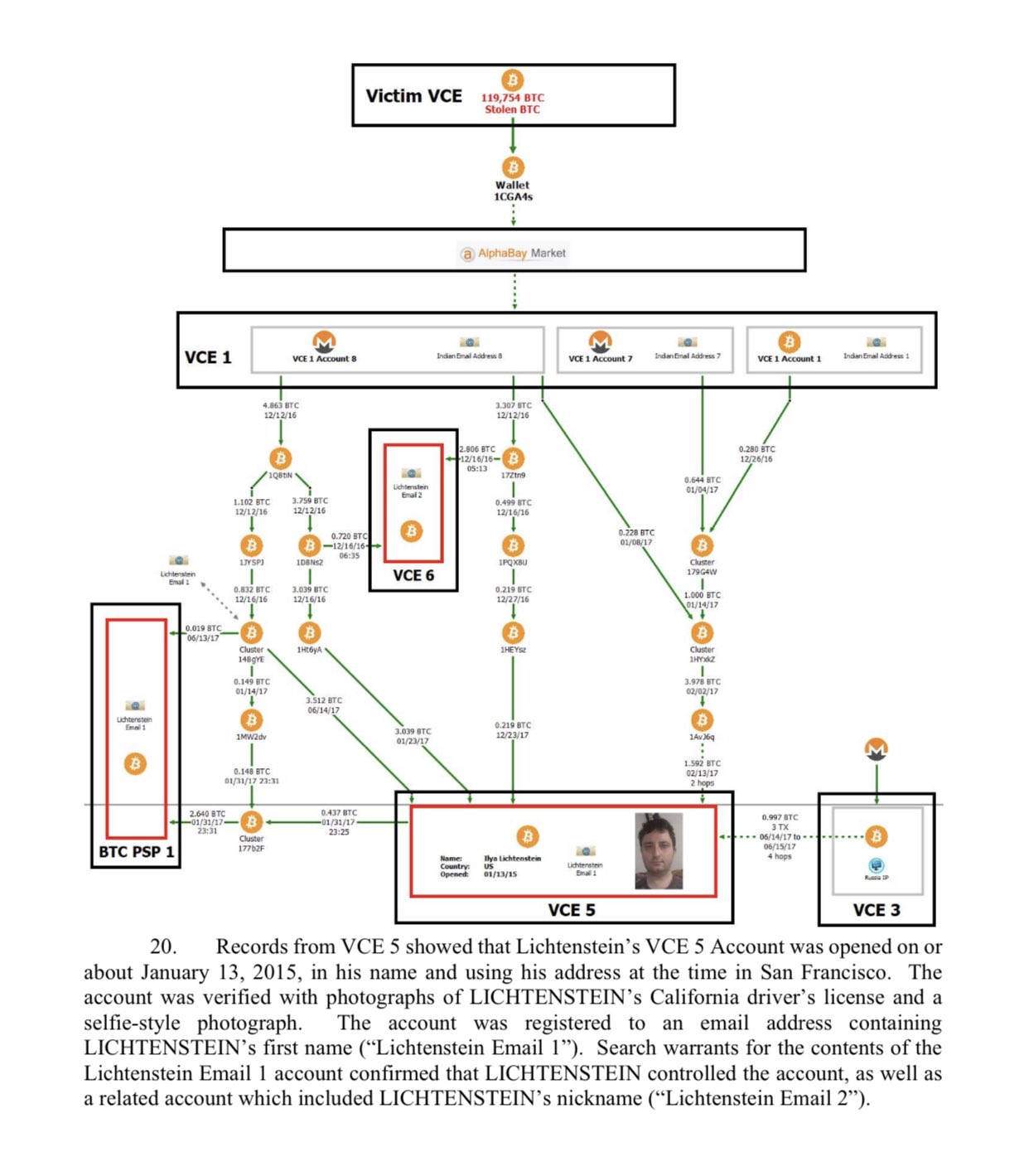 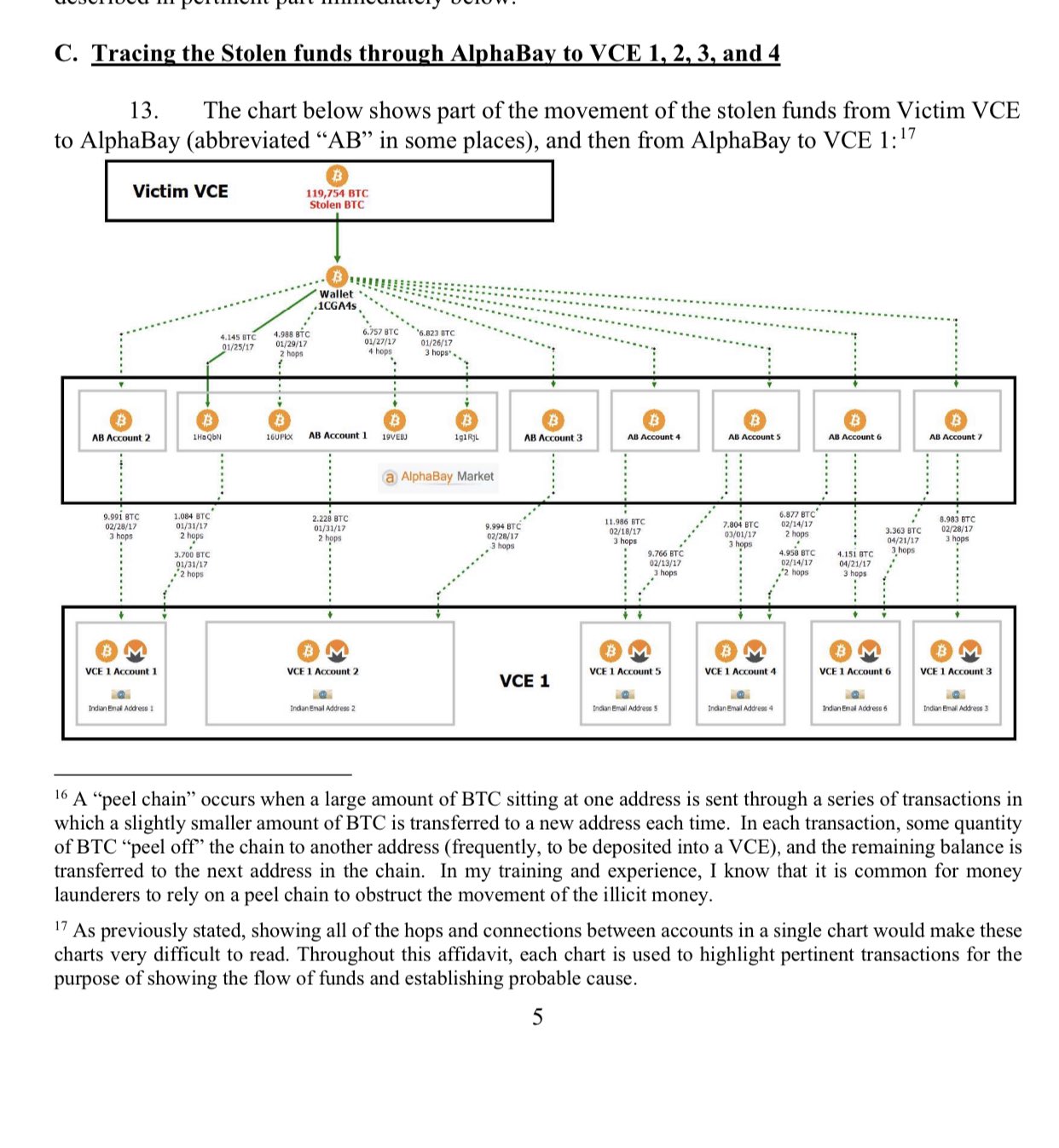 This fact flies in the face of the popular misnomer that it’s easy to launder money with crypto or that a sizeable amount of transactions are illicit. 📚Chainalysis’ 2021 report on illicit flows showed that total criminal activity represented in transaction volume fell from 2.1% in 2019 to just 0.34% in 2020. 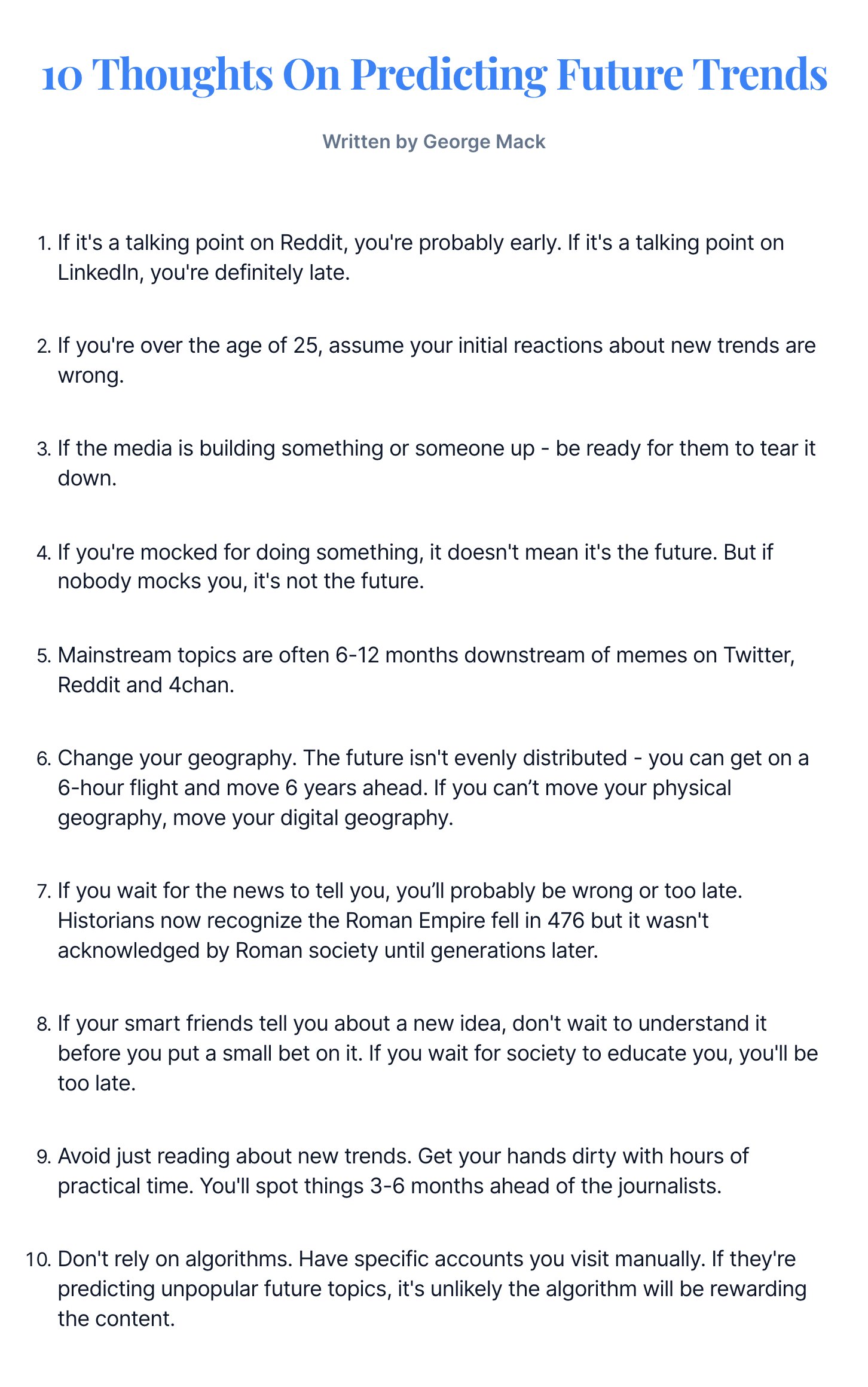 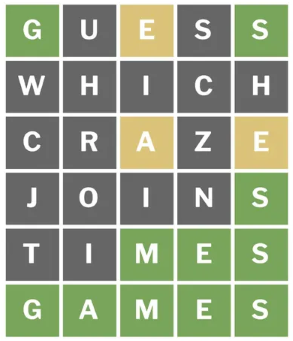 I finally succumbed after my curiosity could no longer withstand the grey, yellow and green squares accosting social media for the past number of weeks.

The uber-popular word game which Josh Wardle initially created as a gift for his partner, Palak Shah during the pandemic - that’s since been acquired by 📰New York Times for 7 figures, is genuinely fun for ‘wordcels’ and ‘shape-rotators’ alike.

It’s basically Mastermind with words - if you remember that game (loved it as a kid!). 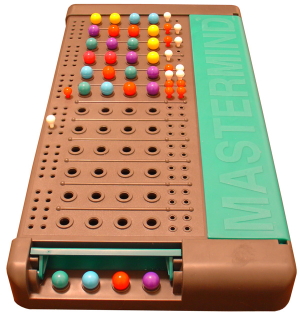 If you haven’t played it - the rules are exceedingly simple. 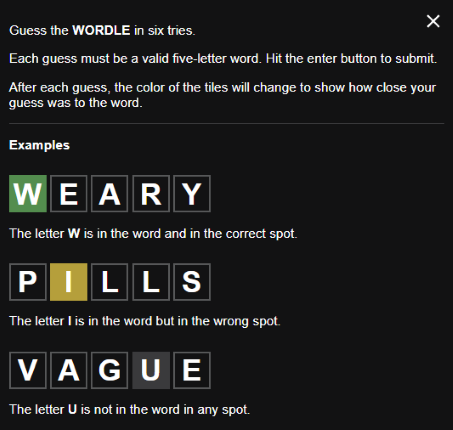 If you have, you’ll know the importance of having a decent starting word strategy. The problem has been catnip to mathematicians - as evidenced by this piece for 📝Irregulars by Ali Lloyd.

3Blue1Brown’s Grant Sanderson also couldn’t resist, and he’s put together his 30 minute take using Information Theory to solve Wordle. It’s not bad, even for those who’ve never played the game and it’s ultimately what sucked me into it. 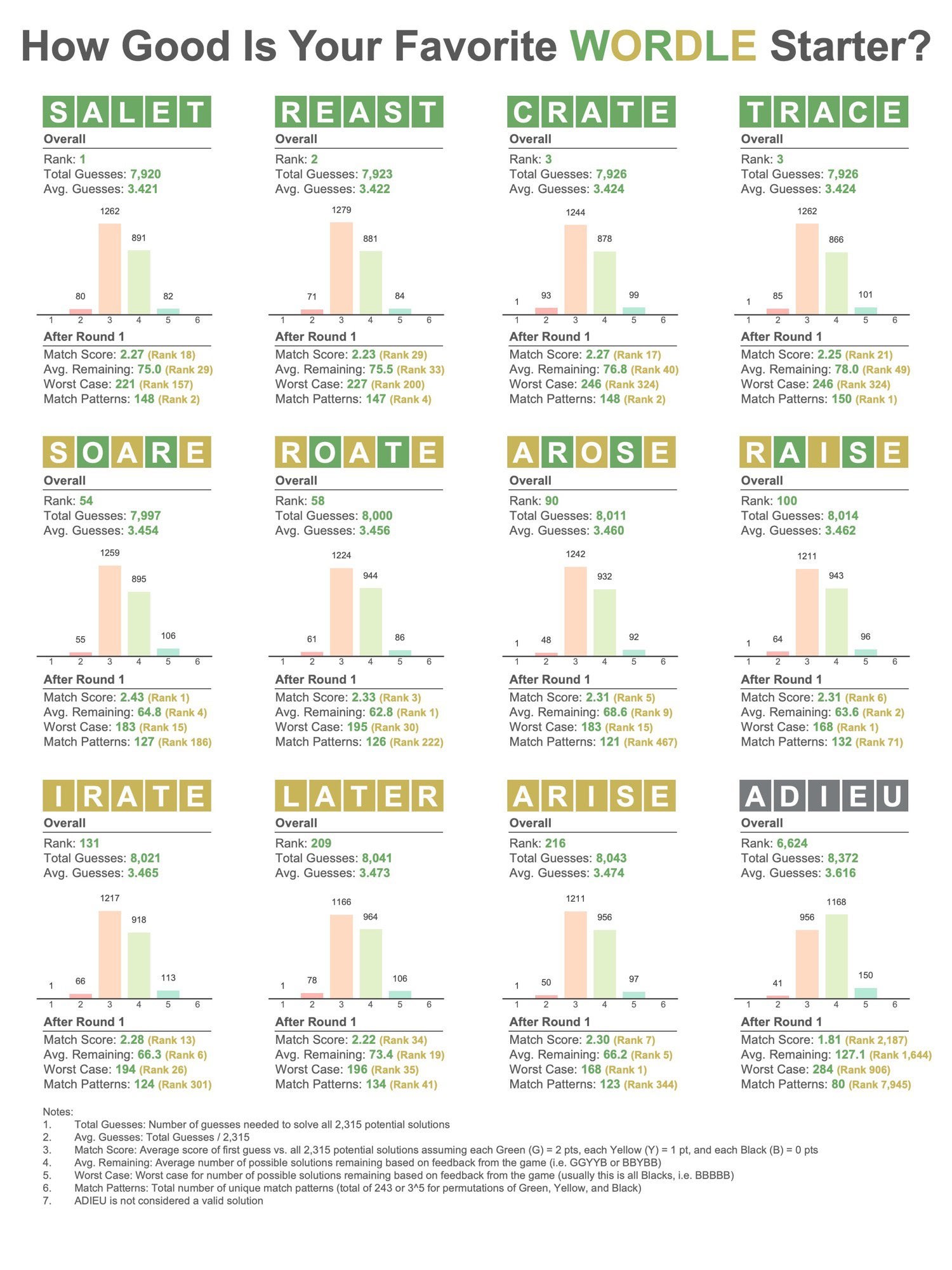 PS: Okay seriously - WTF are ‘wordcels’ and ‘shape rotator’ - I hear you ask. Roon who originated the concept 📝has a much better explanation than the VICE article I initially linked to. 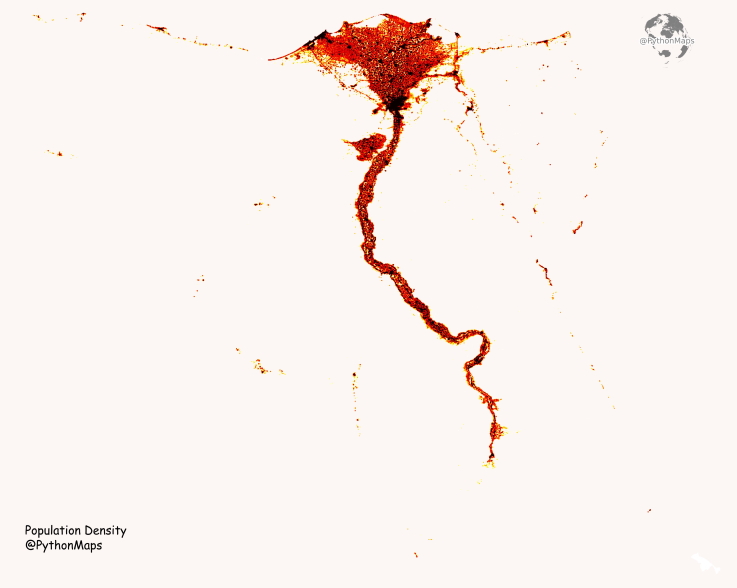 Fredkin’s Paradox: > The more similar two choices seem, the less the decision should matter, yet the harder it is to choose between them. As a result, we often spend the most time on the decisions that matter least.

Van Restorff Effect: > Things that stand out are more likely to be remembered. As such, news stories that are most unrepresentative of reality tend to be our most persistent representations of reality.

My friends, a new MEGATHREAD has arrived!

In 40 tweets I’ll explain 40 useful concepts you should know. 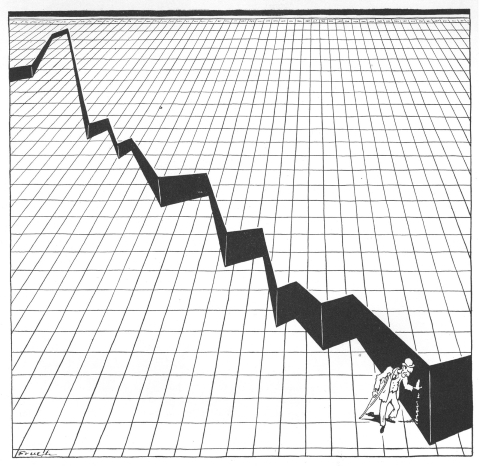 With Peloton CEO John Foley 📰stepping down and the very unfortunate downsizing of a couple thousand employees being announced, the Acquired Podcast guys decided to finally put an episode together about the company and the legendary incoming CEO.

It’s worth noting that the company’s stock has been absolutely routed in the recent growth stock correction - as pointed out in the absolutely 📚scathing Blackwell Capital presentation which was put forward as part of a shareholder activism campaign to try and get change in senior management.

The wild part? The presentation is PUBLIC...and oh boy is it ugly for $PTON management

📝Africa: The Big Deal outline the sectors receiving the most VC funding on the continent and unsurprisingly fintech dominates.

Scientists from Wageningen University and Research (WUR) and Indiana University have discovered that the increasing irrelevance of factual truth in public discourse is part of a groundswell trend that started decades ago.

While the current “post-truth era” has taken many by surprise, the study shows that over the past forty years, public interest has undergone an accelerating shift from the collective to the individual, and from rationality towards emotion. 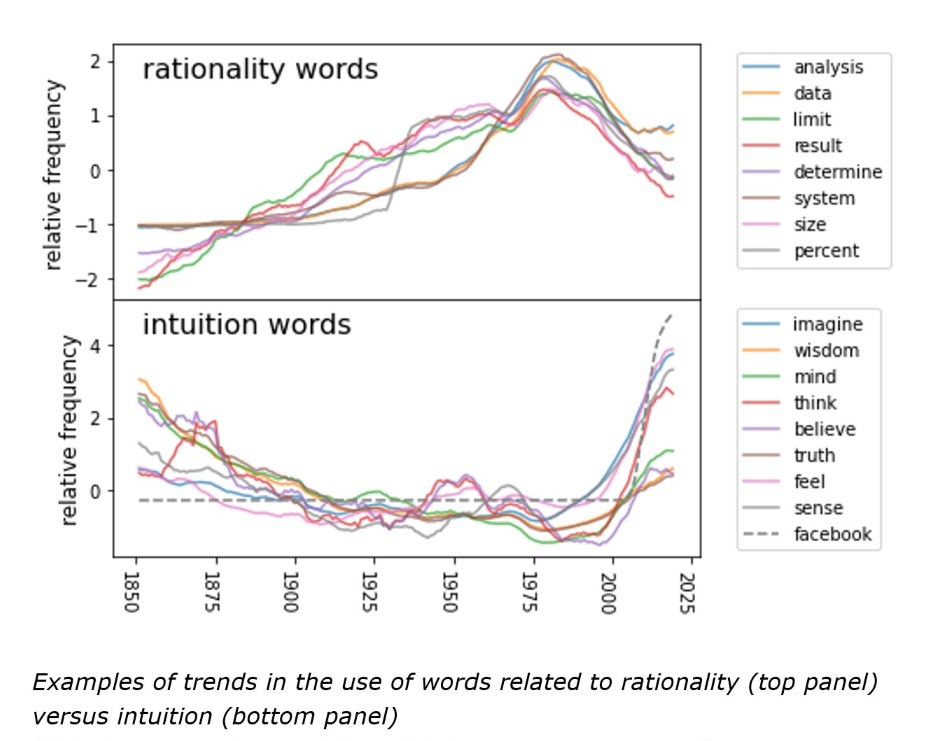 Quite a clever graphic showing the immigration and demographic changes in US states as prepared by @erindataviz for the Law Offices of Hames A. Welcome. 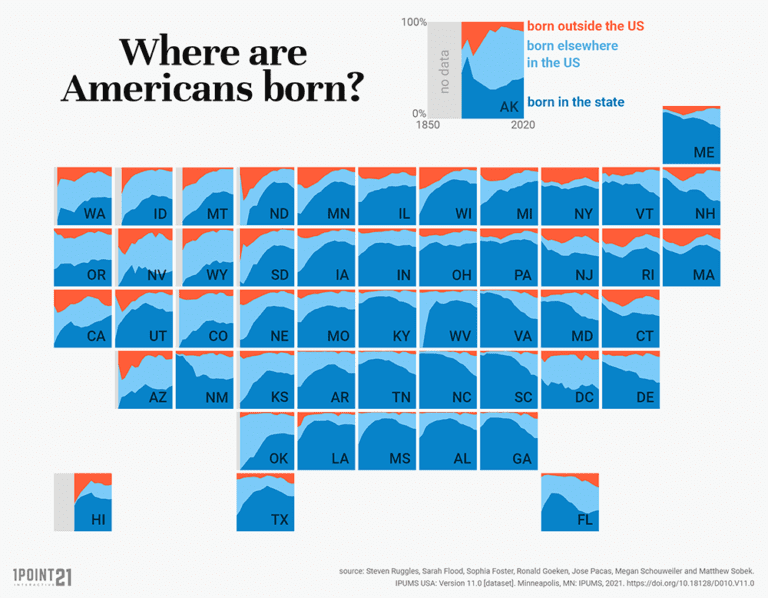 Would love to see a similar treatment at country level around the world.

Today we are answering an age-old very scientific and important question: What if the moon crashes into earth? It’s more interesting and weird than you probably think. Let’s start with the basics: Why isn’t the Moon on its way to crash into us already

📝Sasha Chapin collated some advice he’s gathered from folks he reckons are much smarter than he his.

Remember What Used to Work, Then Do It Again

The current composition of your behaviors is probably not strictly rational. Some behaviors, you do because they’re adaptive. Some behaviors are just random accretions of actions that seemed like a good idea at the time, that you then repeated, because repetition is the rule. Some things you do are just bad, and you know they’re bad, but you still do them. It is probably the case that, somewhere in the past, you did something that made you more happy/productive/fulfilled, but you don’t do it anymore, for no good reason. Think about that, and do it again, preferably instead of one of your less desirable behaviors. (I got this from Chris Sparks.)

When Choosing a Life Path, Think About What Contexts It’ll Place You In

When you select a profession, you are choosing the scenes that will compose your life. You should think pretty hard about those scenes. If you start a plumbing company with more than one employee, you will be telling plumbers what to do. You’d better enjoy hanging out with plumbers, and telling them what to do. And when you ask yourself whether you’ll enjoy a given context, don’t just say yes or no to a quickly-sketched abstraction. Really imagine the textures of the experiences you’re likely to have. It’s surprisingly easy to make a decision about the future based on a very crude hypothetical measurement of some objective you’re aiming for, totally excluding any reasoning about what your future might feel like.

When I have a to-do list, I follow it more reliably if it’s on a sheet of paper, rather than in a notebook with a cover. The minor barrier of a cover between me and the words “SEND BEN AN EMAIL ABOUT THE MEMO” can be the difference between me being effective and ineffective. Having a kettlebell within sight of my window, on the porch, makes it easier for me to exercise than it would be if I had to open a closet to get out my equipment. To some extent, this is probably true of you too, unless you’re abnormally conscientious. Make it incredibly easy to do whatever you want to do. You want to design your life for the least effective, least intelligent, least conscientious version of yourself. That person is probably an idiot.

If You Put Behavior Into the World, You Get Behavior Out

If you’re bored with your life in whatever way, it’s hard to plan for an exciting life. Whatever pre-existing image of an exciting life you have might not map onto your resources, or the actual opportunities in the world, and it might not actually be exciting. However, it is absolutely certain that if you bump into the world in some way, it will bump back, often unpredictably and to a greater extent than you think. Just do anything that’s even slightly interesting to you, without paying too much attention to what you’re trying to achieve. You will find that the world will throw behavior at you, and, at some point, you can curate the behavior you receive into a life you find entertaining.

Beginning chess players often focus on studying the great games of chess, learning fancy openings, and so on, when they should actually just focus on not blundering. If you make twenty random moves, and then your opponent, after playing nineteen good moves, gives you their queen, you will win the game. Chess is a context that punishes blunders to an unusually great extent, but the lesson does generalize. Avoiding obvious catastrophic failure modes is often more important than improving procedure in minor ways. Slightly upgrading your wardrobe is less important than getting a decent haircut, if your haircut sucks. Improving your knowledge of options trading is less important than not doing leveraged crypto day trading when you’re emotional. If you survive in some field of endeavor long enough, you’ll improve, but survival is the pre-requisite, and that’s what you should attend to first.

It’s Unlikely for People to Be Extreme on Many Dimensions

When we’re impressed by someone, the halo effect often leads us to think they’ll be impressive in every way. But this is not what we should expect. There’s no good reason to believe that someone extremely attractive would be a great conversationalist, or that someone extremely intelligent would be emotionally intelligent, etcetera. In fact, people with extreme traits can often structure their lives in such a way that they can trade on the ways they’re exceptional, leaving no persistent reason to address some particular deficit they have. And, generally, people are savvy enough to hide their dysfunction. People will disappoint you, eventually, and it’s your fault if you take this personally.

Listening Is in Your Interest, Even If You’re Totally Selfish

Listening empathetically is nice to do because it makes people feel good, and it deepens relationships. But listening is good for you anyway, even if you don’t care about niceness or feeling good. If you want to get your way, you’ll have to bring people over to your side, unless you have enough power to stably coerce them. Doing that requires coming up with a plan that those people will agree to. Doing this effectively requires understanding the full breadth of their experience, opinions, emotions, etc. If you’re not listening to people, but you think you’re persuading them and getting your way, probably what’s actually going on is that you’ve achieved some limited victory at a significant cost that may or may not be initially visible—and you could be missing information that would allow you to better pursue your interests. 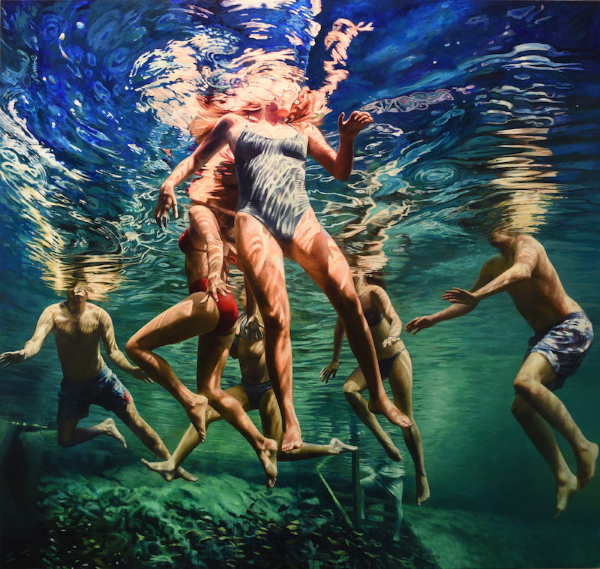