The global climate change agenda, as espoused by the “West” appears to be on the brink. The more full-throated Greta-esque fiery pronouncements at the pulpit and aggressive stances towards fossil fuels appear to have almost completely vanished at the highest levels.

Replaced by a post-covid and Ukraine-war tinged pivot towards pragmatism. Biden had threatened to make Saudi Arabia a paraih after Khashoggi’s murder. 📰He’s since reversed course and returned cap-in-hand in a bid to increase production and lower oil prices.

Fossil fuels continue to dominate the energy landscape, with nuclear re-entering the conversation in a big way - led in this case by 📰China’s stated $440 Billion buildout of 150 reactors in 15 years (the length of time South Africa has been experiencing loadshedding incidentally). 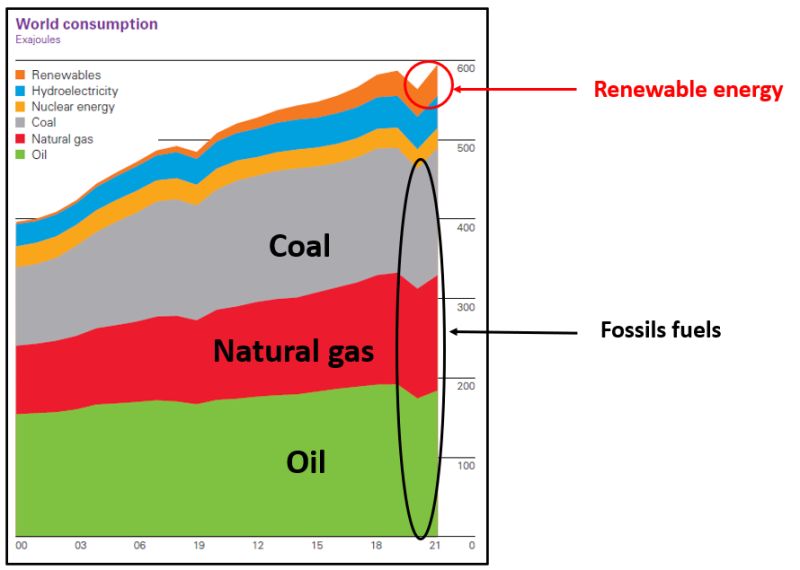 This graphic is from BP’s most recent 📚statistical energy review and goes a ways to show the current situation with fossil fuel dependence - which is looking like will only increase in the short and middle term.

The good news is that the renewables number is definitely on the rise, now reaching parity with hydropower and increasing more than oil & gas demand increases over the reporting period (although this might be partly a function of aviation demand collapse during covid). 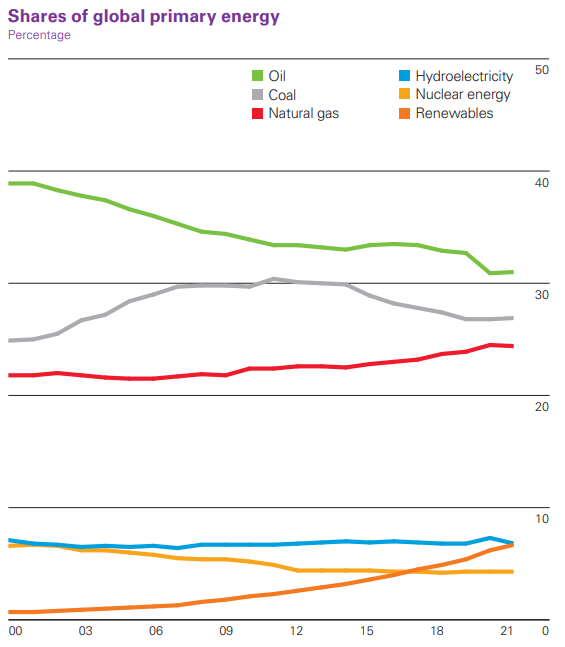 In his latest Ones & Tooze pod, Adam looks at dropping prices for crude oil and forecast what that might mean for the global economy as well as a broader look at energy consumption and what can be done to curb it in times of crisis.

Loadshedding is coming for the developed world apparently.

Everything owned by Amazon (we touched on Goodreads last week). 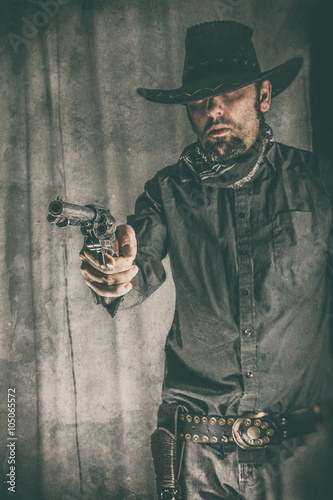 The gunslinger effect, also sometimes called Bohr’s law or the gunfighter’s dilemma, is a psychophysical theory which says that an intentional or willed movement is slower than an automatic or reaction movement. The concept is named after physicist Niels Henrik David Bohr, who first deduced that the person who draws second in a gunfight will actually win the shoot-out.

Bohr staged mock gunfights using cap guns with his students to test this hypothesis. Bohr found that the person who drew second always won in these experiments, leading him to conclude that drawing first created a distinct disadvantage. Based on the inevitability of this outcome, Bohr suggested that the most logical conclusion to a gunfight would be a peaceful settlement, since neither gunslinger would want to draw first knowing that they would lose.

Later research confirmed the basic hypothesis, showing that intentional movements and reaction movements were controlled by two separate systems, and that it was not confined merely to hand or arm movements. The gunslinger effect applies to the initial reaction, not later limb control, but there is no trade-off between that early reaction and later targeting accuracy. 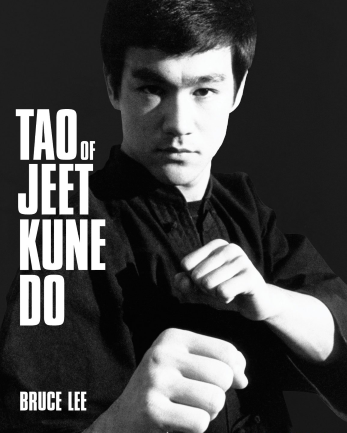 Bruce Lee’s martial art - Jeet Kune Do - or “The art of the intercepting fist” appears to get yet another green tick against its’ efficacy. 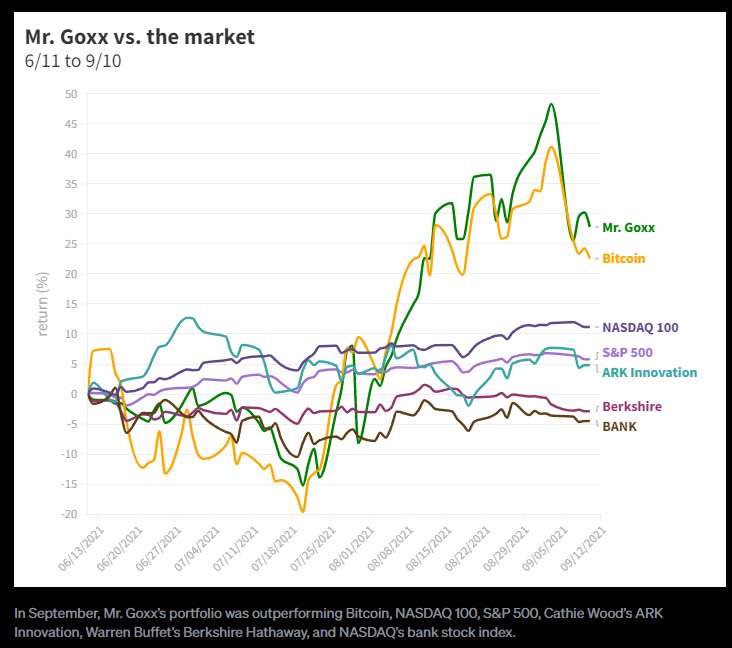 With the bear market well and truly being upon us, some are reminiscing on the simpler days of Mr Goxx the crypto-trading hamster who tragically 📰passed away in November 2021.

Mr Goxx’s portfolio had outperformed Bitcoin, Warren Buffet, the S&P 500, and even Cathie Wood’s ARK Innovation - leading to over 15,000 followers on Twitch and even more on Twitter. Conceptually this was the Goxx Box that allowed the trades to be put on. 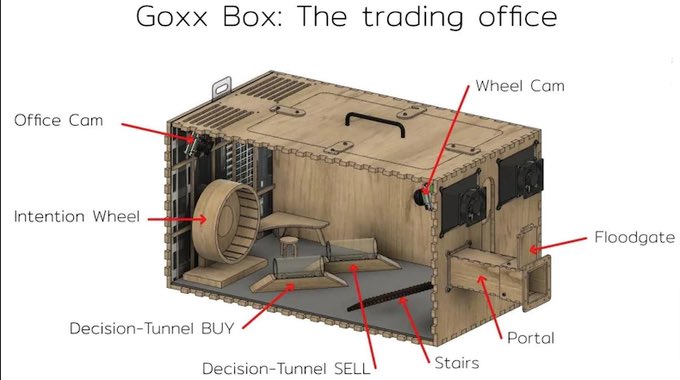 This was a simple set-up involving hamster wheels and tubes and the Goxx Box was hooked up to a computer that submitted buy and sell orders based on his actions. He selected one of 30 coins by running on his ‘intention wheel.’

Depending on which tube Mr. Goxx went through, the computer would either purchase €20 ($22.39) or liquidate the entire position. 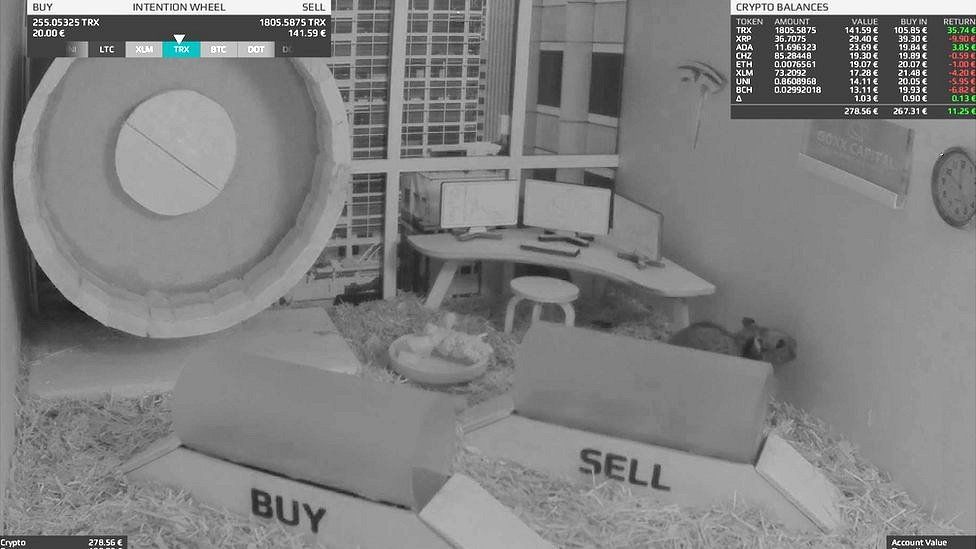 RIP Mr Goxx… or Max to his friends.

I’ve been enjoying Dwarkesh Patel’s blog and podcast in recent months. He interviewed Sam Bankman-Fried (below) and wrote an interesting piece on Effective Altruism whose central thesis is that there will be many more effective altruist billionaires in future.

Worth reading it - probably slowly - but the reasons for his thesis as threefold:

What this all means will require the deeper dive read: 📝Thymos, Schelling Points & adverse selection

However as stated, he did fly over to the Bahamas to interview Sam Bankman-Fried, the CEO of FTX. They talked about FTX’s plan to infiltrate traditional finance, giving $100m this year to AI + pandemic risk, scaling slowly + hiring A-players, and much more.

New data show that tech investing for the quarter to date is down 27%.

Venture capital-backed startups raised far fewer rounds of funding during the past three months than they did during the more ebullient days of late last year and early this year, according to new data from analytics firm CB Insights.

Deal activity across the globe dropped 23% between the first quarter and second quarter of this year, the firm found, using data for the second quarter through June 23. That’s a stark contrast to the previous quarter, where the deal count dropped only 1.4%—and an indication that the roiling of the crypto and public markets are affecting private companies.

This may be the case in the US (EU seems to have been flat) but we’re still seeing gangbusters numbers on the continent with start-ups in Africa having raised more than $3 billion in the first half of 2022 and recorded their strongest June, Q2 and H1 ever. In fact per Azeem, in China, Sequoia Capital raised its largest-ever China fund $9bn in a fundraising that was oversubscribed with about $12bn of capital chasing it. 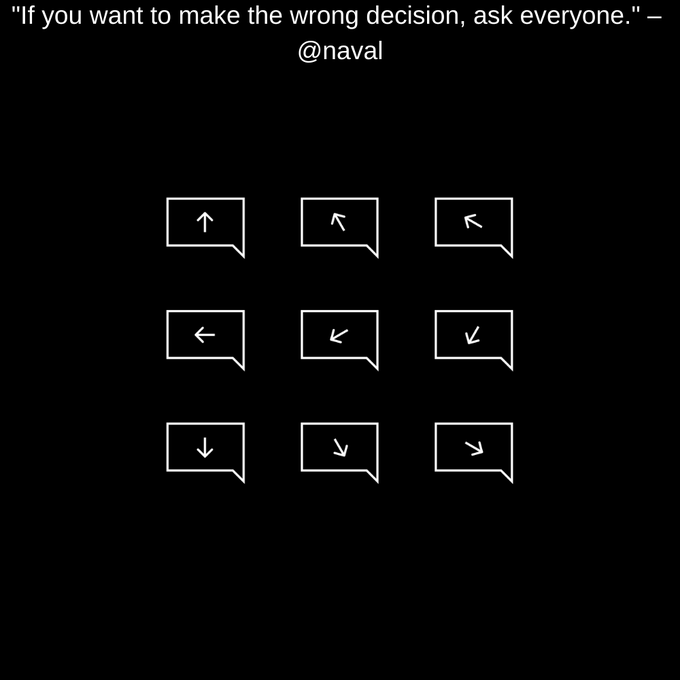 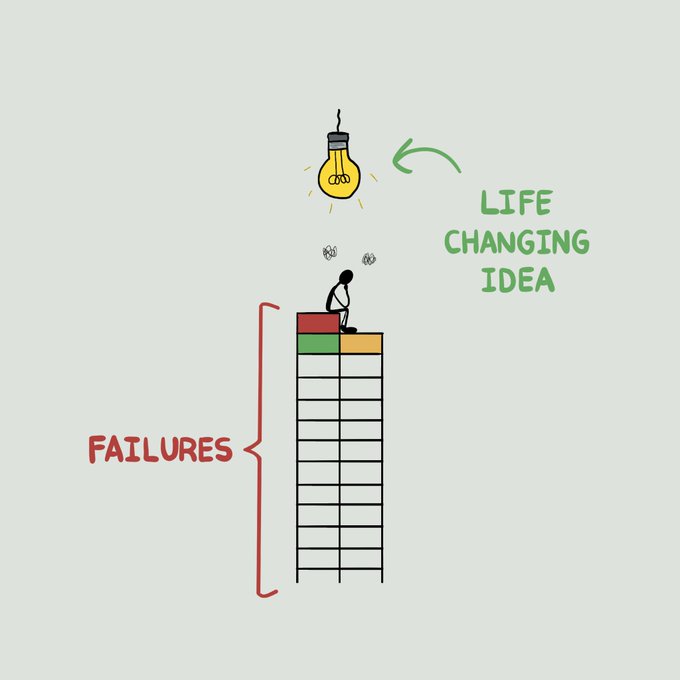 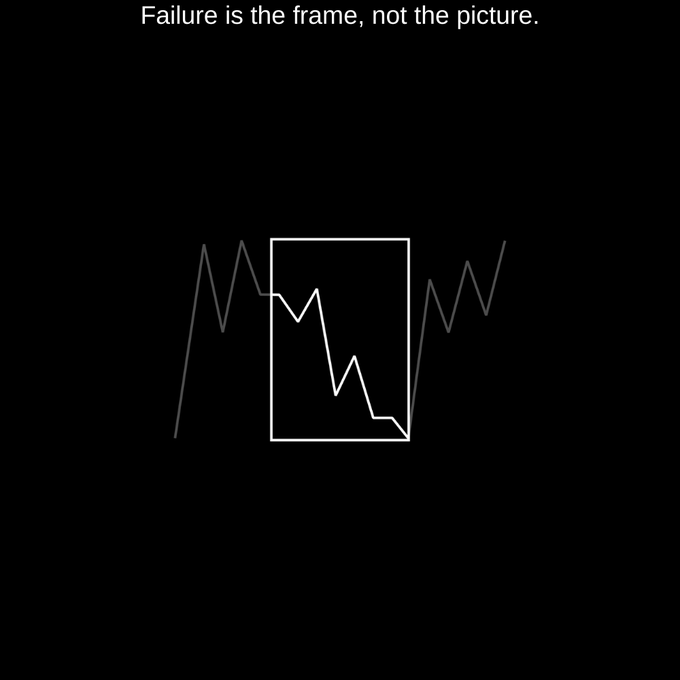 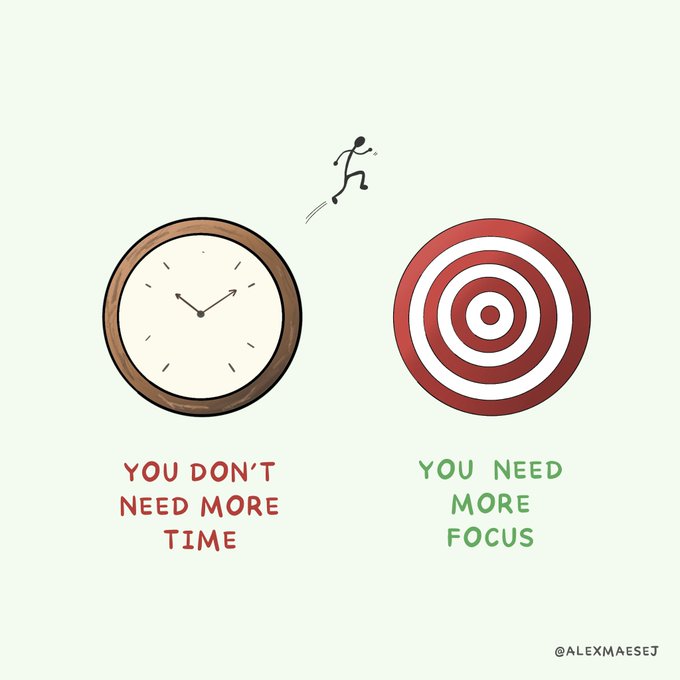 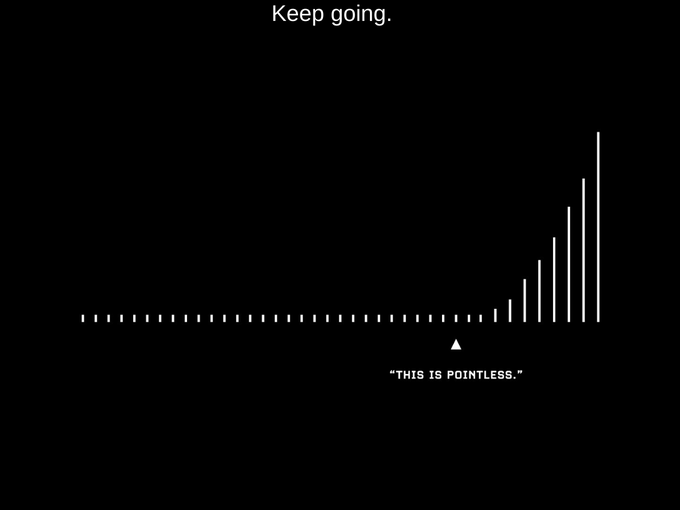 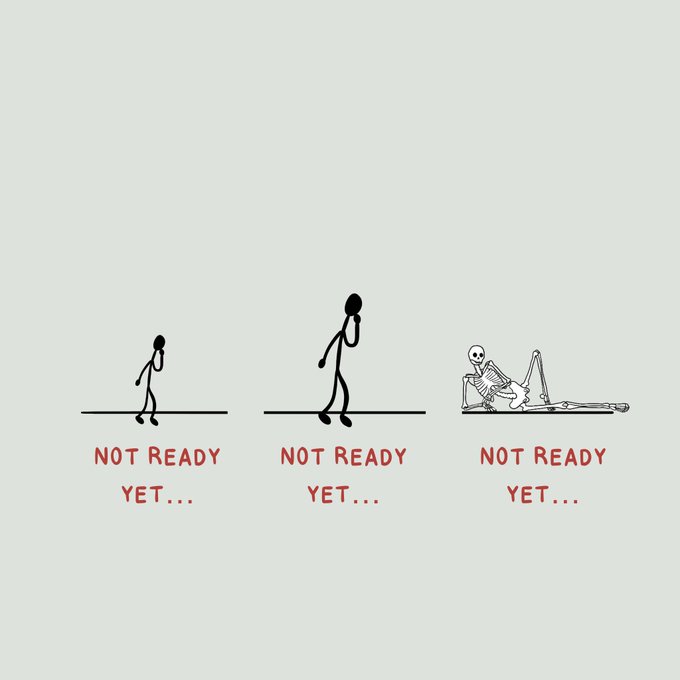 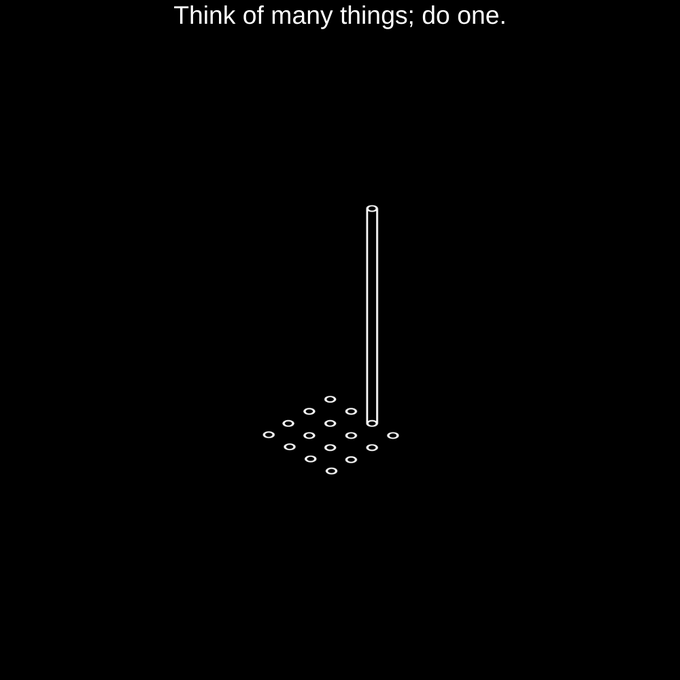 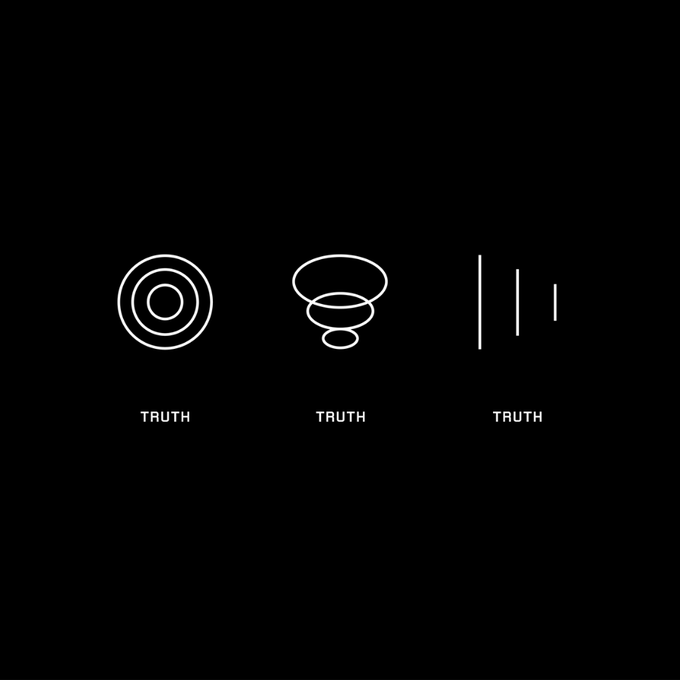 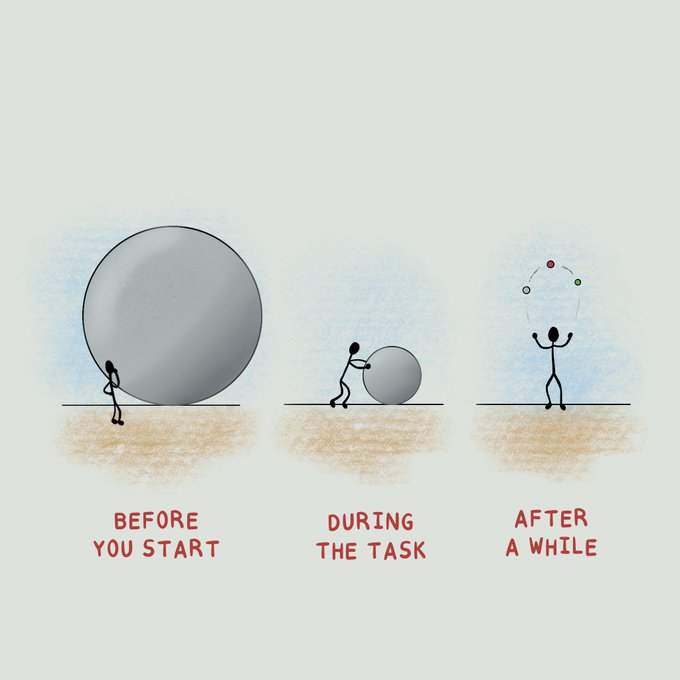 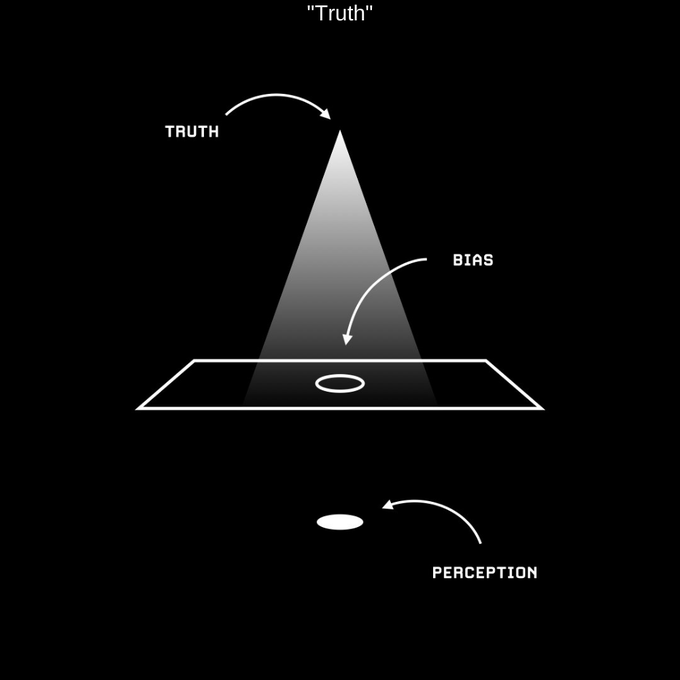 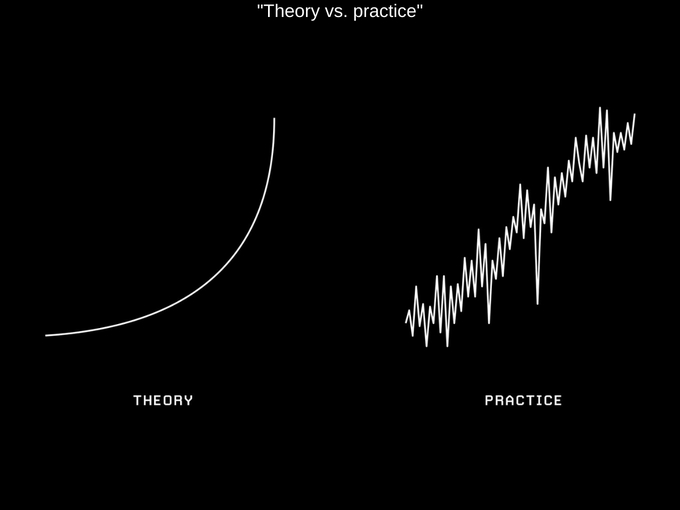 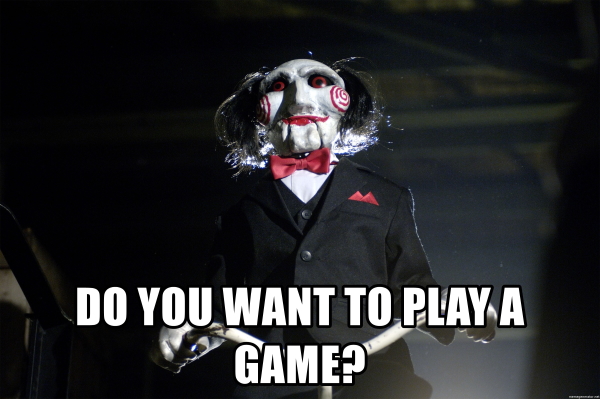 Neal.fun is a pretty interesting site that’s definitely worth exploring when you’ve got a little time to kill.

What I wanted to highlight today though is his “Absurd Trolley Problems” game, which starts off with the classic ethics thought experiment about whether you would actively sacrifice one person to save a larger number.

It then goes onto explore many more corners which will have you question your level of utilitarianism. 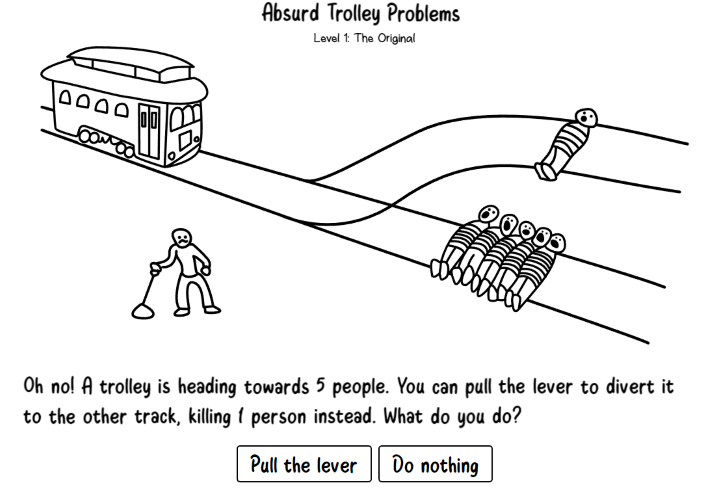 How many of these science laws and math equations/constant do you know? 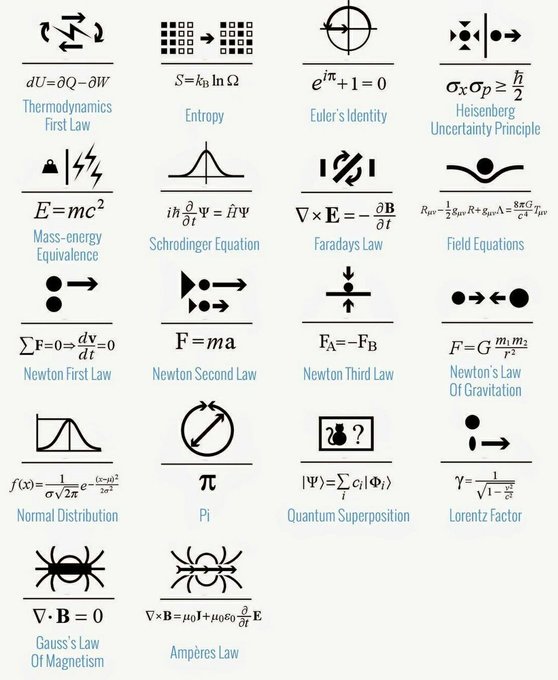 Apparently Tencent is undergoing a relook at their human capital in toto, with an exercise claimed where the ratings being issued are “Very Good,” “Good,” and “Goodbye”

“Vertical Log-scheme of the Observable Universe” from Pablo Carlos Budassi.

This scheme locates notable astronomical objects of various scales in the Observable Universe on the vertical axis, arranged on a logarithmic scale with the Earth’s surface at the bottom and the edge of the observable universe at the top. Spacecraft, planets, moons, star systems, nearby galaxies, and notable large-scale structures are some of the objects depicted and indicated.

Another attempt to show the Big Picture in a quick and summarized look but at the same time detailed and realistic careful design.

And here’s a 90 second video scroll-through of the hi-res scrollable version of this pic.

That said our picture of the universe is likely going to be changing, or at the very least increasing in resolution, as the first images from the Hubble-replacement James Webb Space Telescope continue to be released and analysed.

In less than two days from the publication of this post, we’ll get our first look outside the initial callibration/test shots we saw a little while ago. 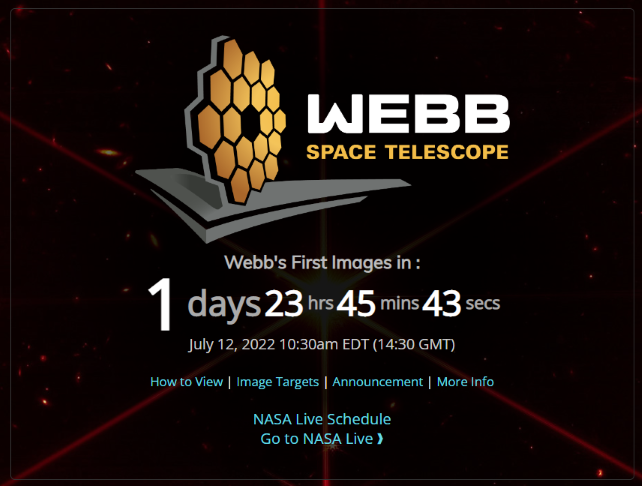 For now though here’s a walkthrough the limits of our current knowledge and the likely limit to what’s possible for us to know by the folks over at Kurzgesagt.

I loved the genuine fascination, earnestness and bona fide educational tidbits in this introduction the compact disc in 1982.

Towards 2000 debuted on the ABC in 1981. It was a half-hour program showcasing developments and inventions in science and technology. One of the early highlights was this report about the imminent arrival of the next big thing in home entertainment – the compact disc.

This technology was considered so exciting that three of the show’s presenters, Sonia Humphrey, Iain Finlay and Jeff Watson combined to tell the story. It’s worth watching just to see them in their 1982 sartorial elegance, but it’s also a treat to hear the use of words such as “radiogram”, and “gramophone”, and “micro-groove long-playing record” which you don’t hear so much anymore… 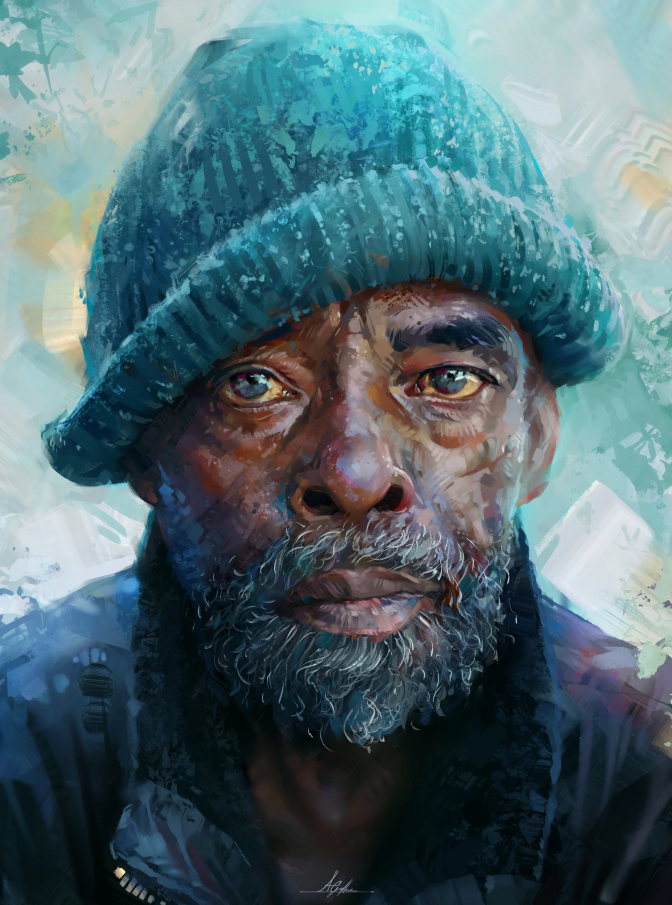