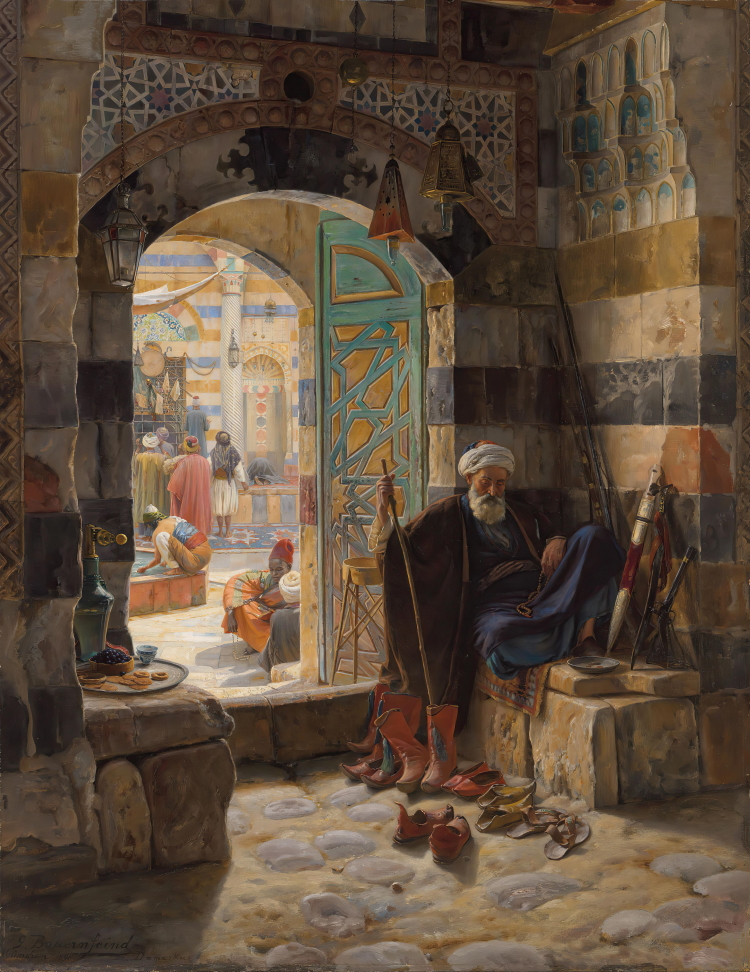 Warden of the Mosque, Damascus, Gustav Bauernfeind, Oil on Canvas, 1891

From the 📚NY FED Yield Curve as a Leading Indicator publication

This model uses the slope of the yield curve, or “term spread,” to calculate the probability of a recession in the United States twelve months ahead. Here, the term spread is defined as the difference between 10-year and 3-month Treasury rates. 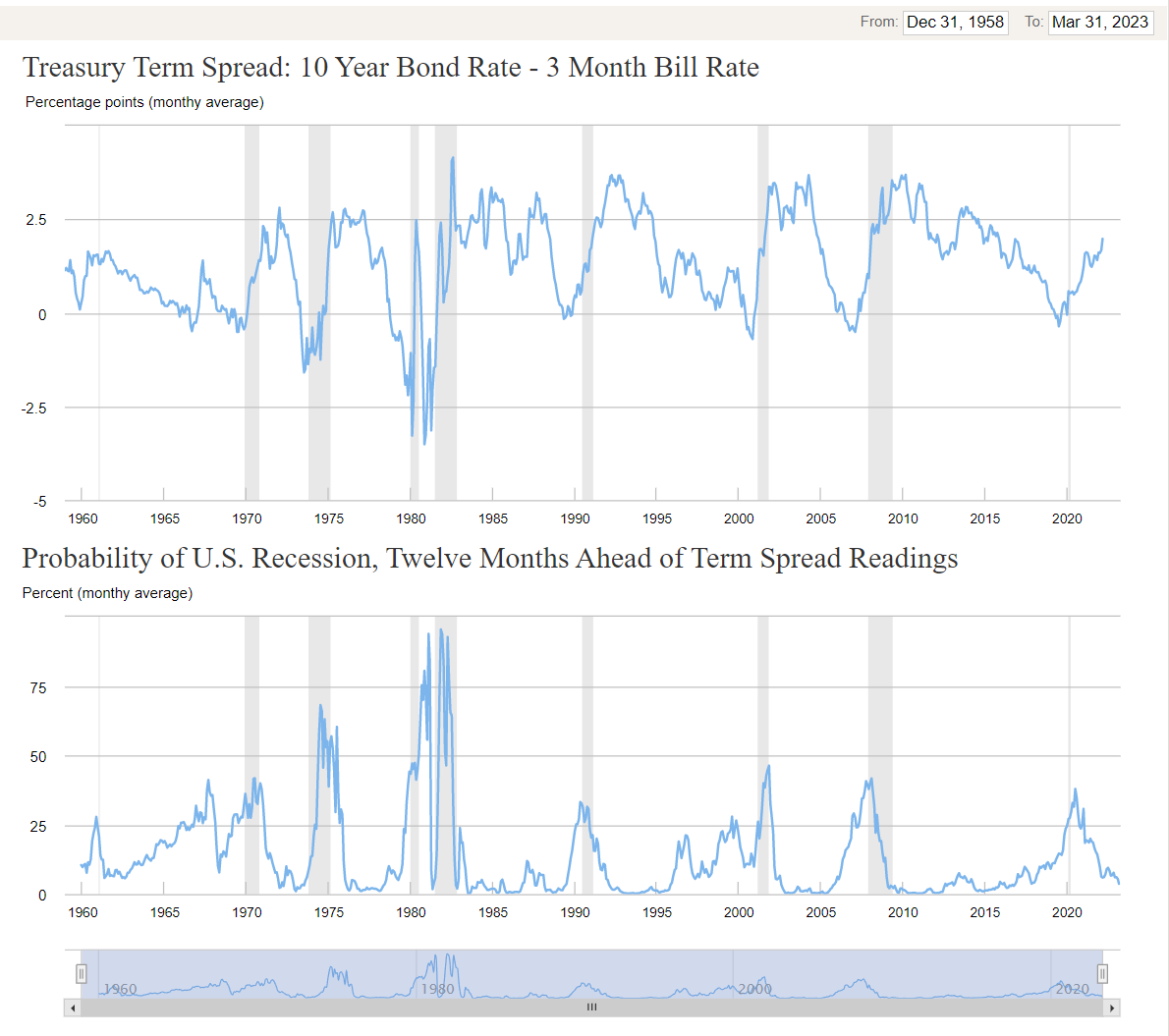 Despite current consensus the Board of Governors of the Federal Reserve and National Bureau of Economic Research still seem fairly bullish on recession fears. Interesting.

The changing dynamics of coupling in the internet age If there’s one thing we know well on the African continent, it’s gerontocracy

noun. a state, society, or group governed by old people.

The African continent is home to the youngest population on earth, with an average age of 19.5. Yet the average age of an African president is 62(!!). (It’s not lost on me that the last US election was competed between a 74 and 77 year old mind you). What might not seem as obvious though is a steady age-drift upwards in many institutions around the world, including academia. Something which Eric Weinstein pointed out a few years ago with the below.

My average of top US research institutions in 2019: 65 years old.

The Boomers redefined jobs as needing exactly as much experience as they had at any given moment. https://t.co/t9MZdEhPz0

Benjamin Schmidt has also highlighted the phenomenon by looking at author age of Yale’s publications over the last few decades.

*In 1980 the median age of history authors published by Yale University press was 40: by 2013 it was nearly 60. It’s striking how different the age profiles are across different presses.* 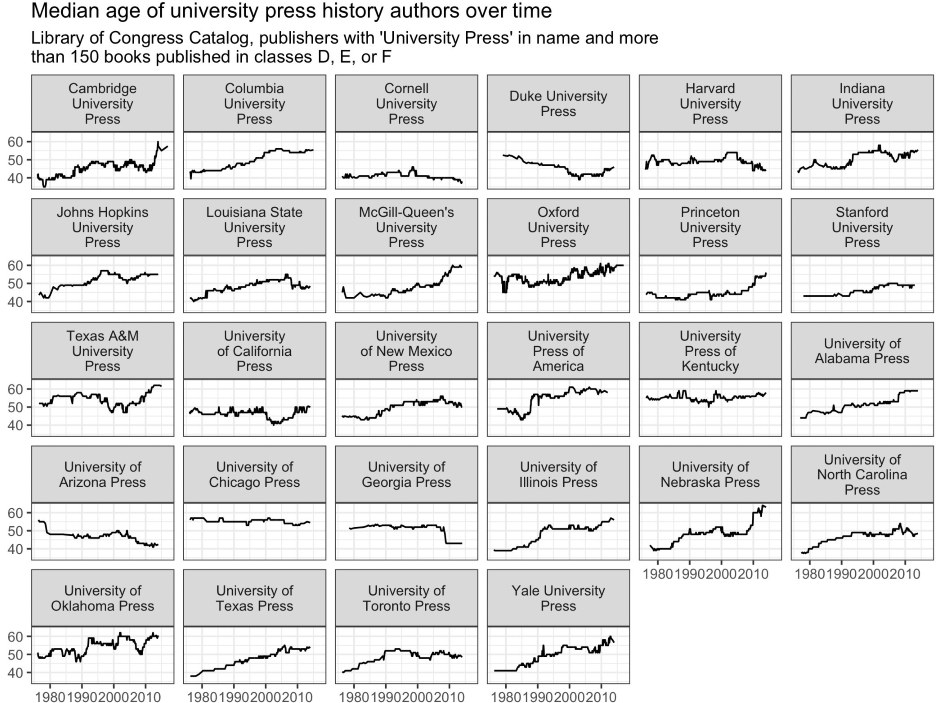 The above is not to betray myself as fundamentally ageist or casting aspersions on boomers in leadership positions - we’ve even seen the likes of 📰Amazon purposefully pushing for more mature employees in their AWS cloud business. As a millenial though, it is a bit concerning when folks don’t actively look to vacate key positions to allow natural institutional renewal.

Apropos of nothing, blocking scripts / turning off javascript on your browser often disables paywalls 👀

Anyway one thing we’ve seen Netflix continue to do irrespective of troubles at corporate HQ is continue their frontal assault on creating and acquiring IP to the point of rivaling their nemesis Disney. 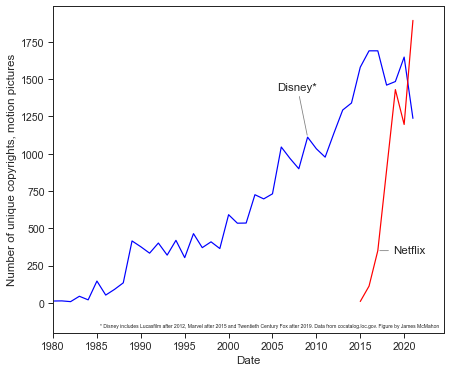 Here’s how some of that IP has been lapped up by the subscriber base. u/Alaska_McDumbledore collated the IMDB and RottenTomatoes (in parentheses) scores for the all-time highest streamed flicks… largely underwhelming with a couple of bright lights:

After unpacking China’s GDP numbers last week, here’s a quick look at how 2021 shaped up around the world.

Just four countries—the U.S., China, Japan, and Germany—make up over half of the world’s economic output by gross domestic product (GDP) in nominal terms. In fact, the GDP of the U.S. alone is greater than the combined GDP of 170 countries. Demetri Kofinas released the full episode of his discussion with John Mearsheimer & Stephen Walt from last month, which remain poignant although the likes of Stephen Kotkin would disagree vehemently with almost everything said.

They are also both prominent members of the so-called “realist school” and their views have often run counter to the prevailing orthodoxy in Washington, which one could broadly characterize as interventionist. John Mearsheimer especially has gained attention for his views on Ukraine, which went viral after the recent Russian invasion. Just one of his videos on YouTube alone has been seen over 26 million times. Demetri asks him about that experience, why he thinks his views have resonated so strongly with the public, and if there’s a connection between peoples’ views on Ukraine and their positions on the larger culture wars that seem to be dividing so many of us in Western societies today.

The discussion dovetails pretty well with a slightly earlier episode he did with Grant Williams.

We are grappling with what will turn out to be the greatest socio-economic and political changes in one hundred years. What these changes will mean for the future of democracy, civil society, and the viability of capitalism are what today’s conversation is all about. How you choose to position yourself in anticipation of these changes is one of the most important challenges you will ever face as an investor and sovereign individual. This episode is meant to help you work through those challenges and guide you through the changes to come. (although sadly primarily in the paywalled second half

Before I bore you to tears with this same topic this’ll be my last DALL-E2 post for a while 😅. I just had to share this thread of Kermit the Frog in dozens of scenarios generated by the model.

There are some classics, starting with Kermit in The Matrix (1999) 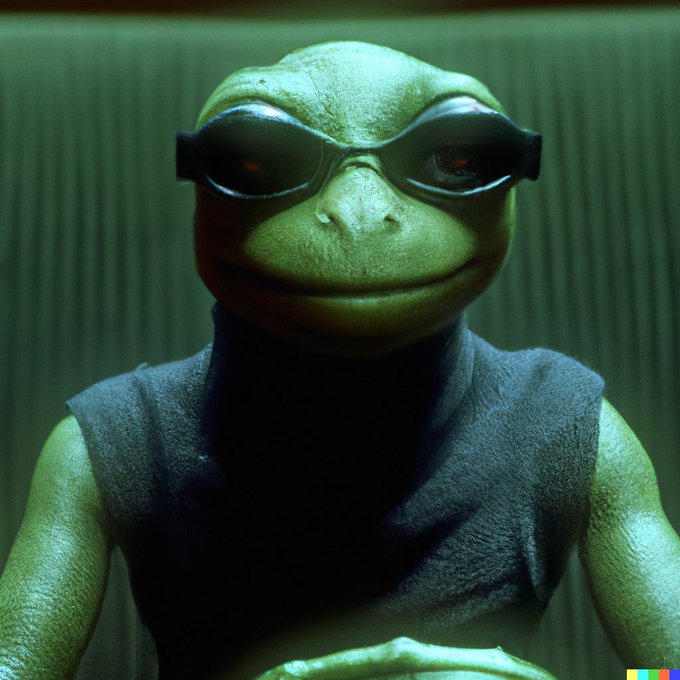 Kermit in The Grand Budapest Hotel (2014) 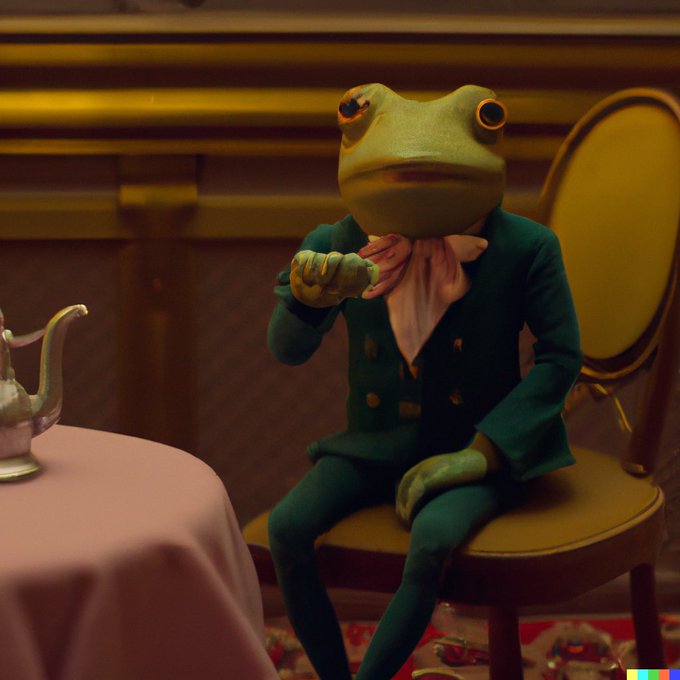 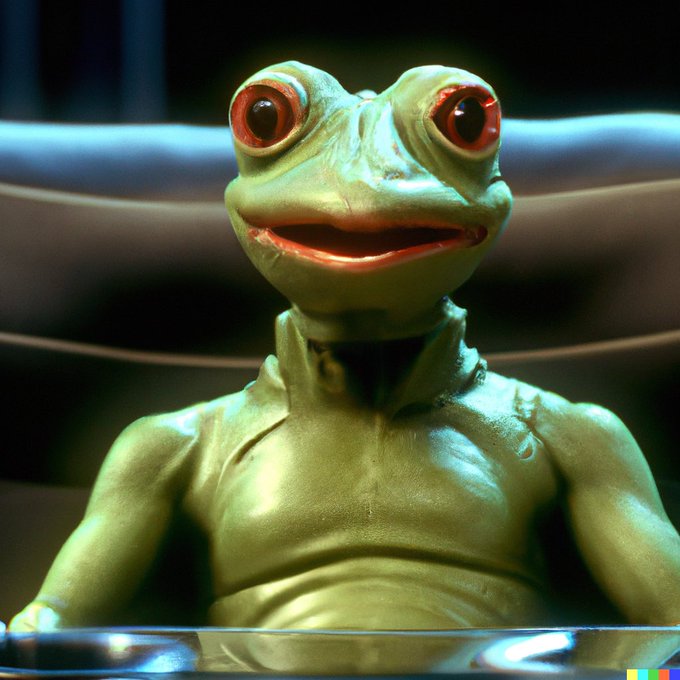 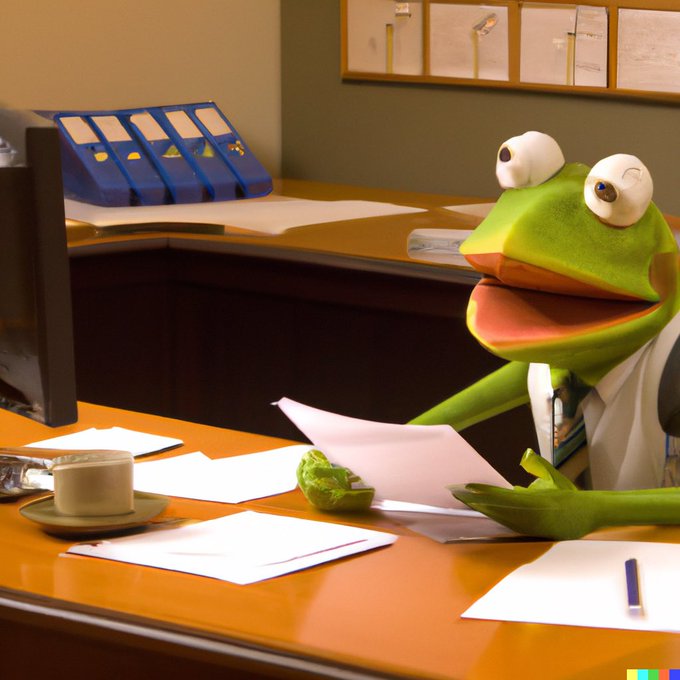 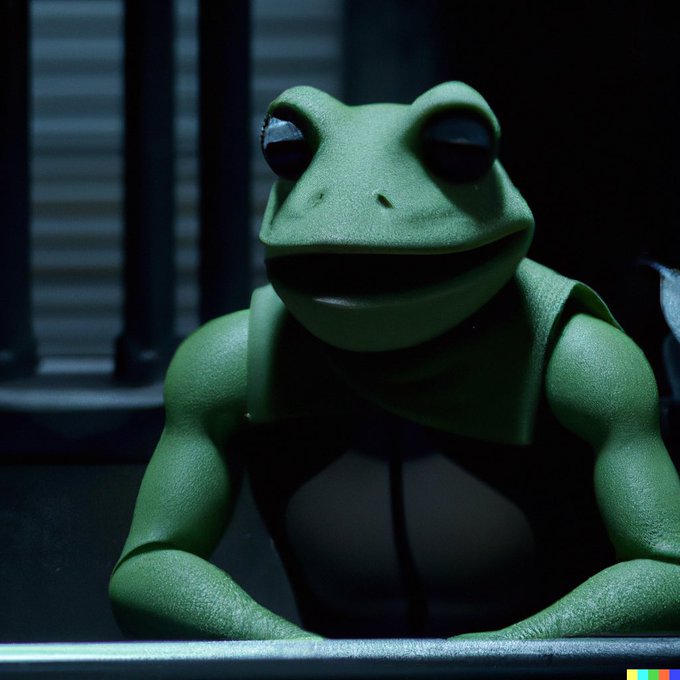 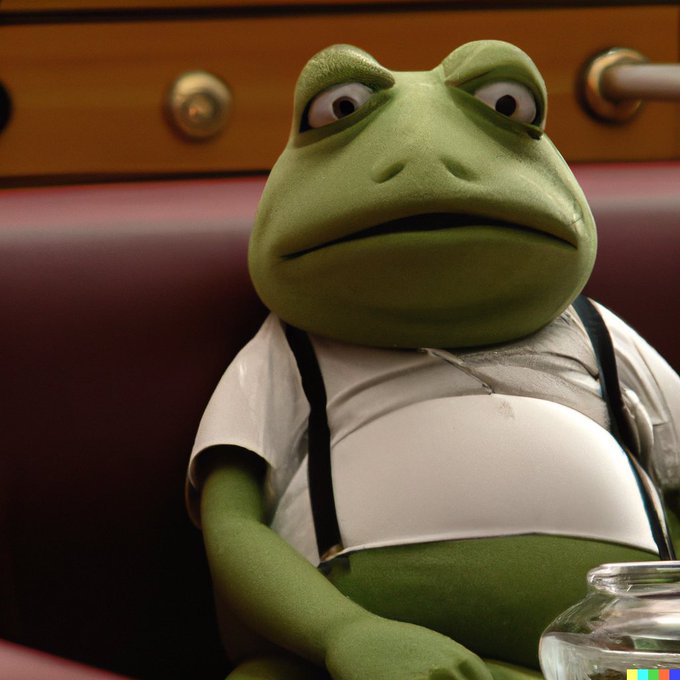 Incidentally the Hugging Face project hosted on Git and powered by Google TPU Research Cloud has made a significantly nerfed and minified version of the model available for anyone who wants to play around with - and understand it. 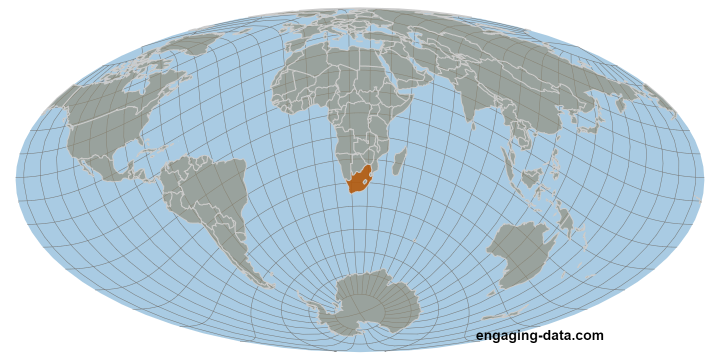 We recently looked at various map projections and how they distort our view of the actual sizes of countries and continents - depending on the tradeoffs which the map-makers have decided on.

u/EngagingData created an interactive map allowing centering a number of these projections to any country to fully demonstrate the distortion effects.

A couple of examples from a thread visualising the 🧵(in)famous thread and subsequent 🎙️podcast series & 📹Joe Rogan appearance on the same by Naval Ravikant. 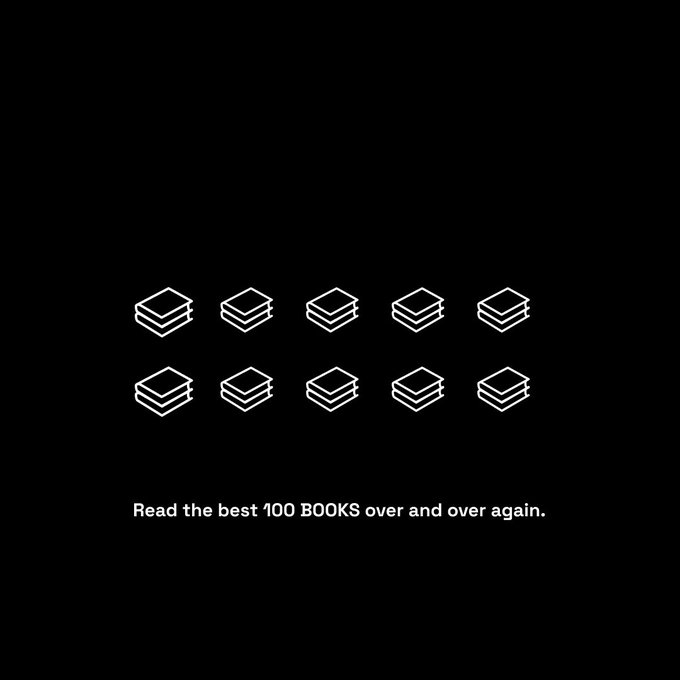 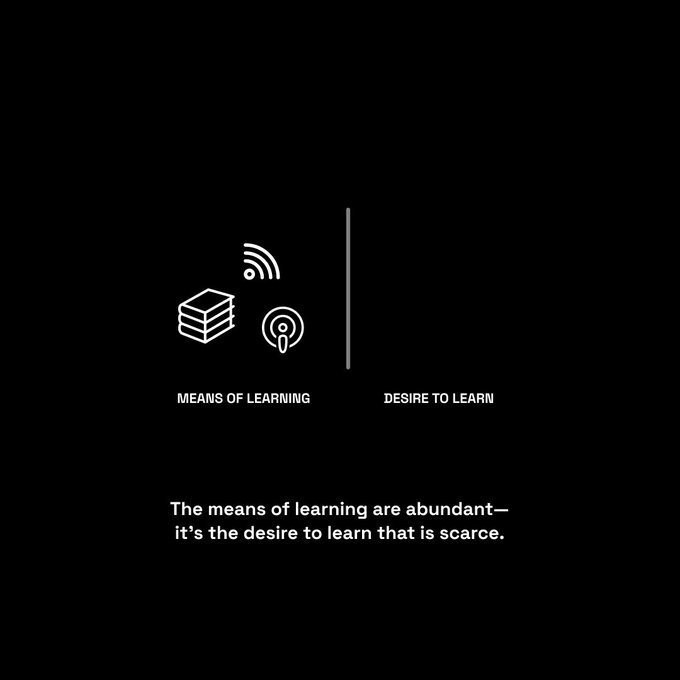 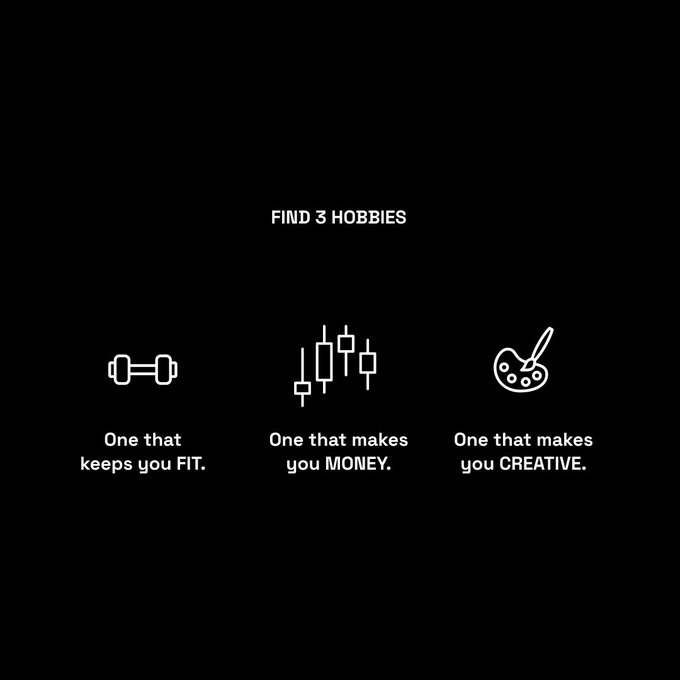 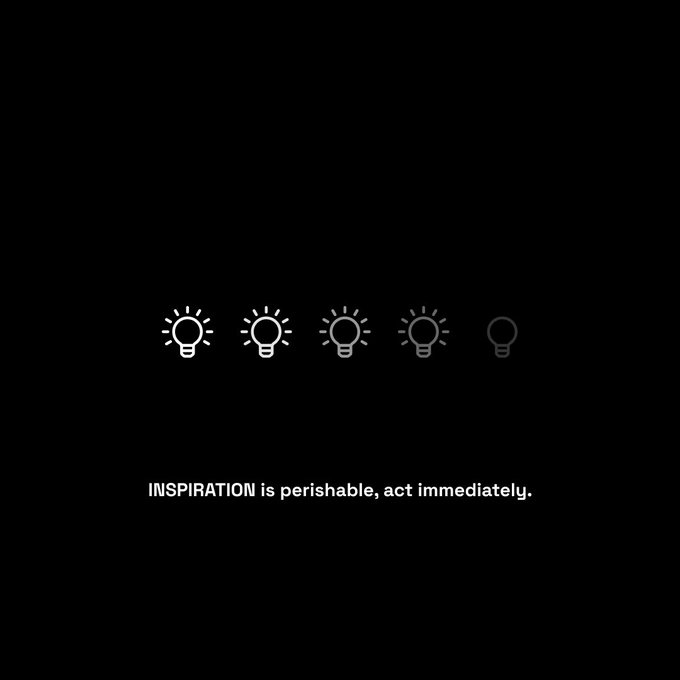 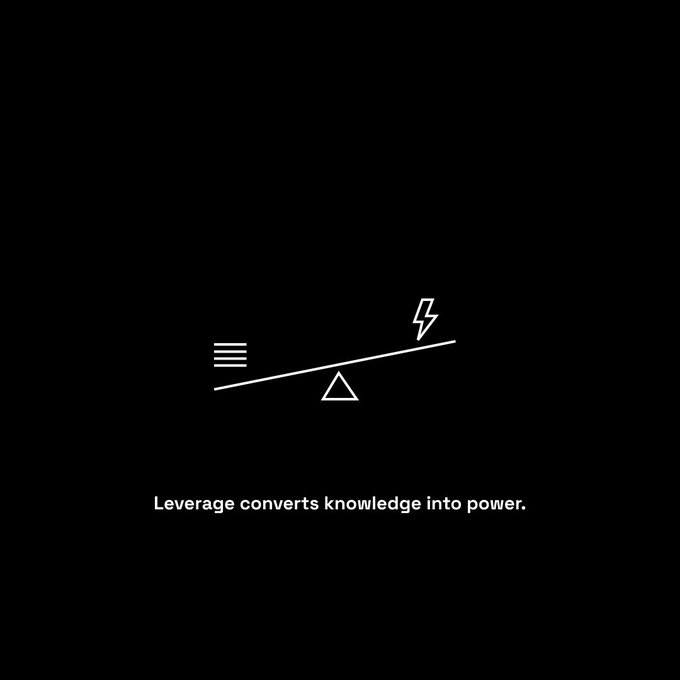 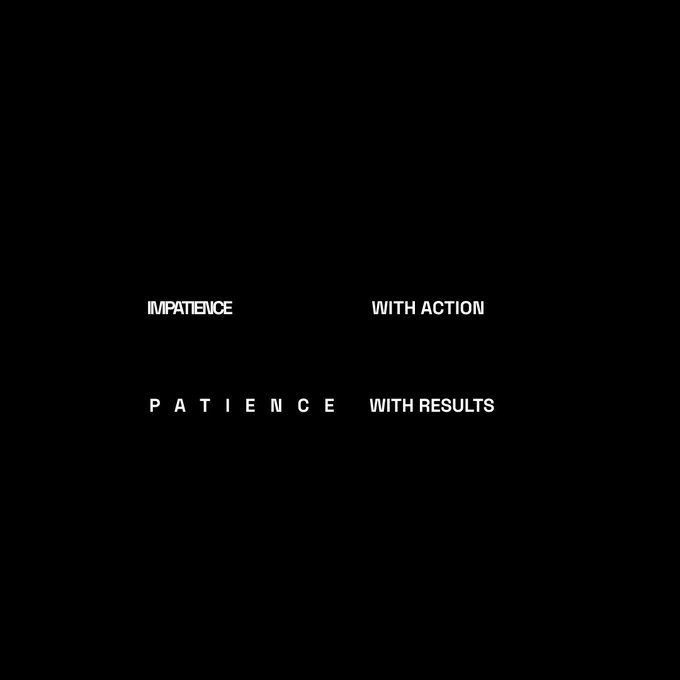 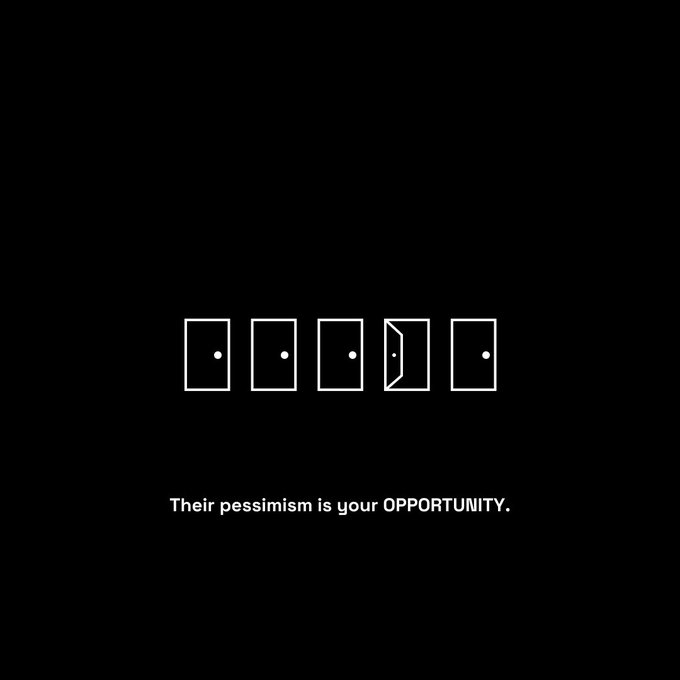 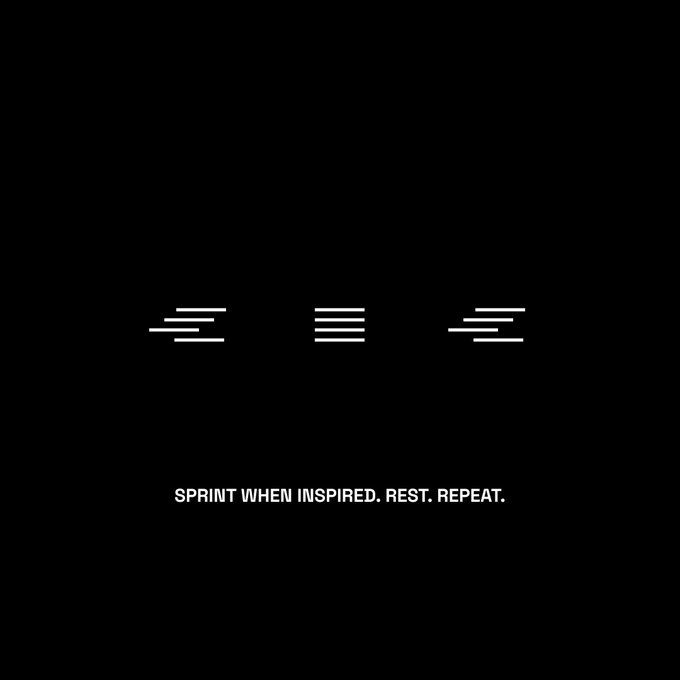 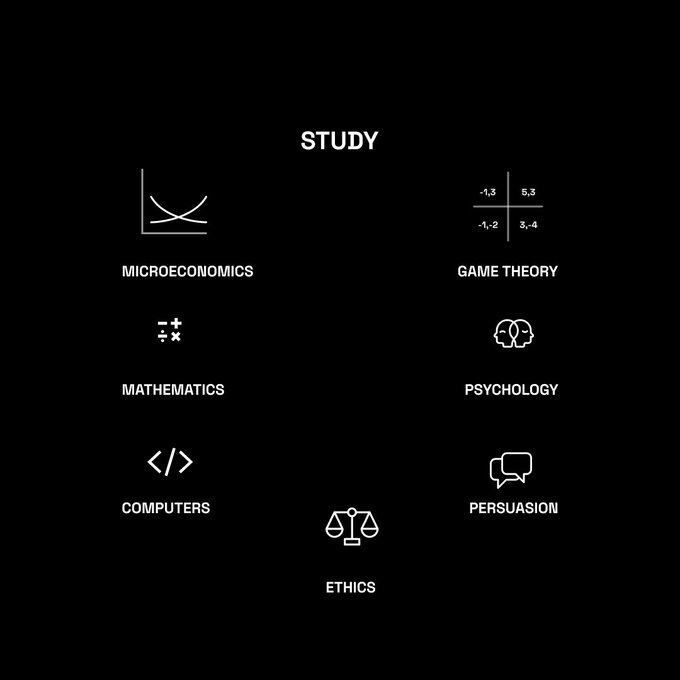 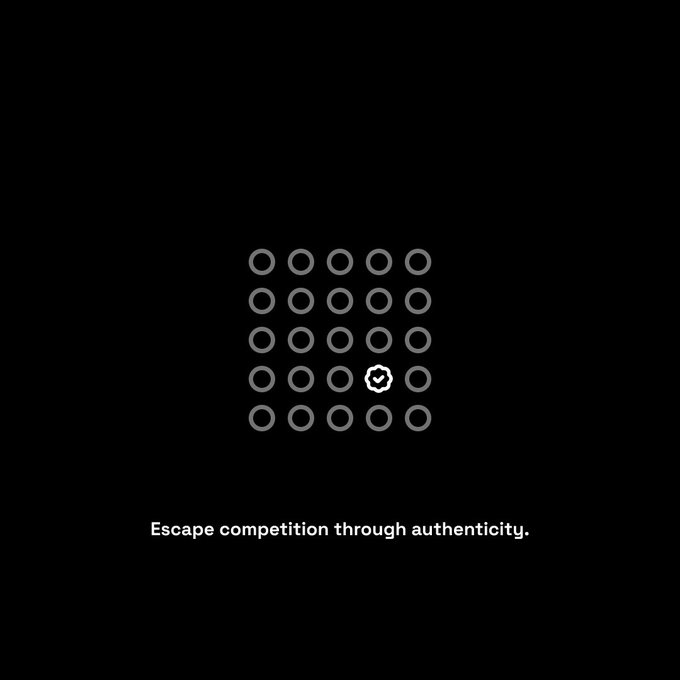 📼 Mother of All Demos

On December 9, 1968, Dr. Douglas C. Engelbart and the Augmentation Research Center (ARC) at Stanford Research Institute staged a 90-minute public multimedia demonstration at the Fall Joint Computer Conference in San Francisco. It was the world debut of personal and interactive computing: for the first time, the public saw a computer mouse, which controlled a networked computer system to demonstrate hypertext linking, real-time text editing, multiple windows with flexible view control, cathode display tubes, and shared-screen teleconferencing. The 1968 demo presaged many of the technologies we use today, from personal computing to social networking.

From Matt Might, a professor in Computer Science and General Internal Medicine at the University of Alabama at Birmingham, created The Illustrated Guide to a Ph.D. to explain what a Ph.D. is to new and aspiring graduate students. 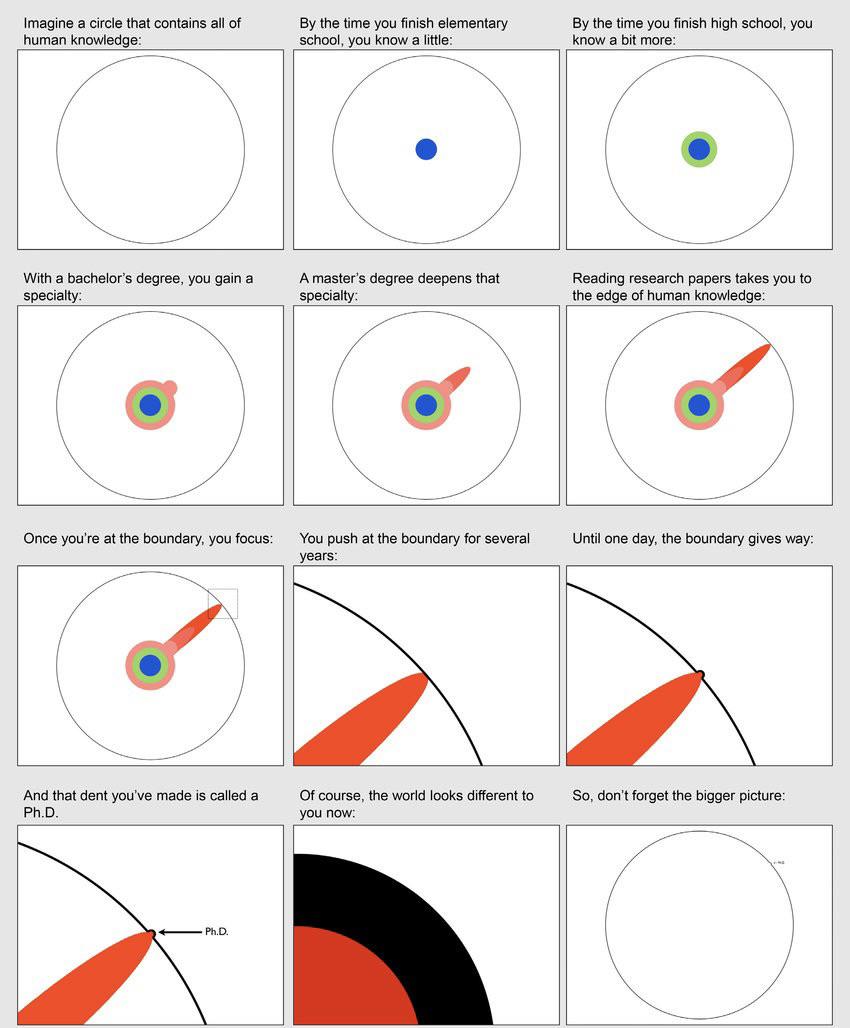 Advice to futurists: Study the past and the present. Most of what will happen tomorrow is already happening today. Most of the things we will have in the future are things that we have today — wooden tables, concrete blocks, water pipes etc. Perhaps only 10% of our material world will change radically. Focus on that 10%. Imagine things that seem implausible now, but not impossible 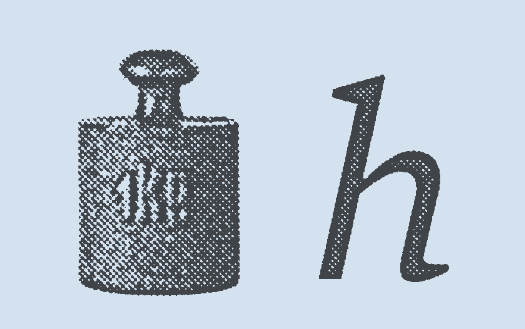 Primer on how the Planck constant stabilised the kilogram. The platinum cylinder held by the International Bureau of Weights and Measures that was used as the archetype for the unit has lost 50 micrograms since it was cast in 1889 — hardly “standard”. Using quantum mechanics to determine mass removes this issue, even if Planck himself may never have accepted quantum theory

Harkens back to an old Veritasium video on the topic. “It is not down on any map; true places never are.” ― Herman Melville, Moby-Dick or, the Whale

On a weekend of Queen anecdotes, this won't be matched. Just lovely. pic.twitter.com/6z0WjUO2wn