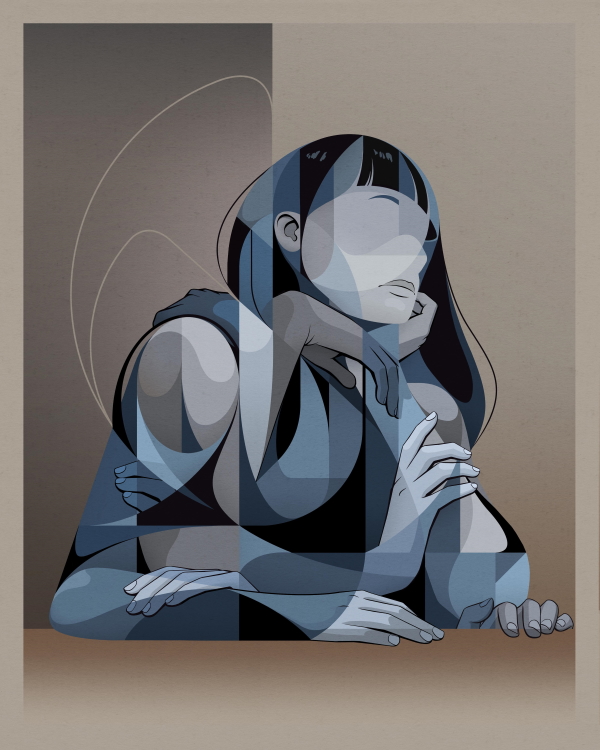 Despite VC in the US freezing up in light of the current downturn, Africa appears to still be rolling strong with private and early investment. The 2019 - 2022 YTD picture The Rolex market index is an indicator of the financial performance of Rolex watches in the secondhand market. It is comprised of 30 popular Rolex models with high trade activity. The index shows the average market price of these 30 watches over time. 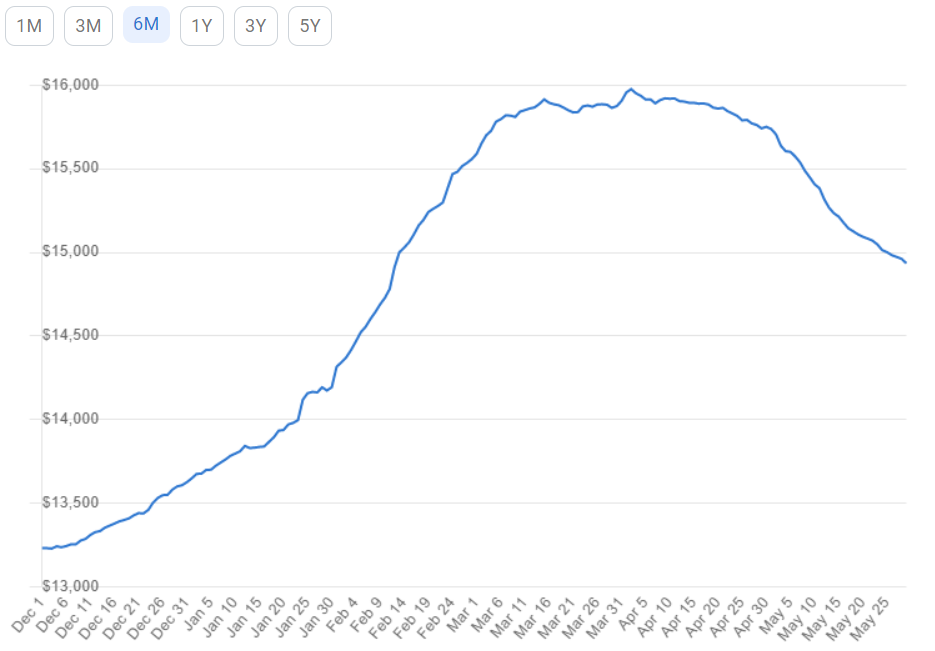 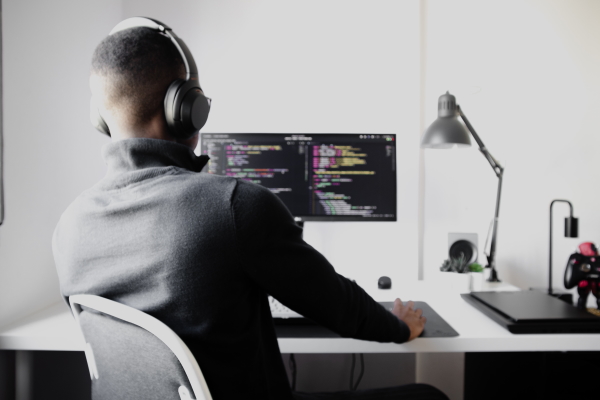 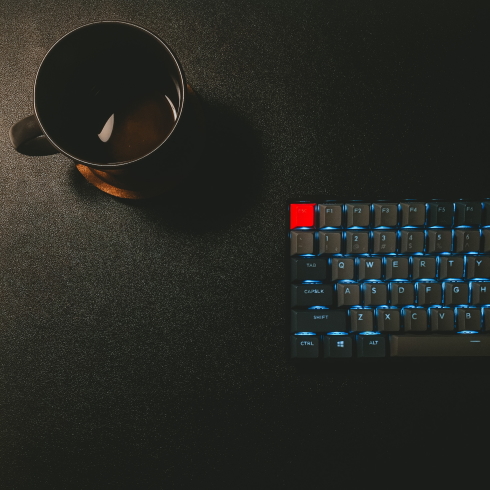 The original Pong video game had zero software - it actually had no code and was built using hardware circuitry.

These are the 🏗️original schematics. For any folks with an electrical engineering background looking to fully nerd out, 📝this page hosts a simulation of the 1972 Atari game Pong at a circuit level - from the logic chips governing the clock generator and doing the paddle positioning to drawing the paddles and creating the hit sound. 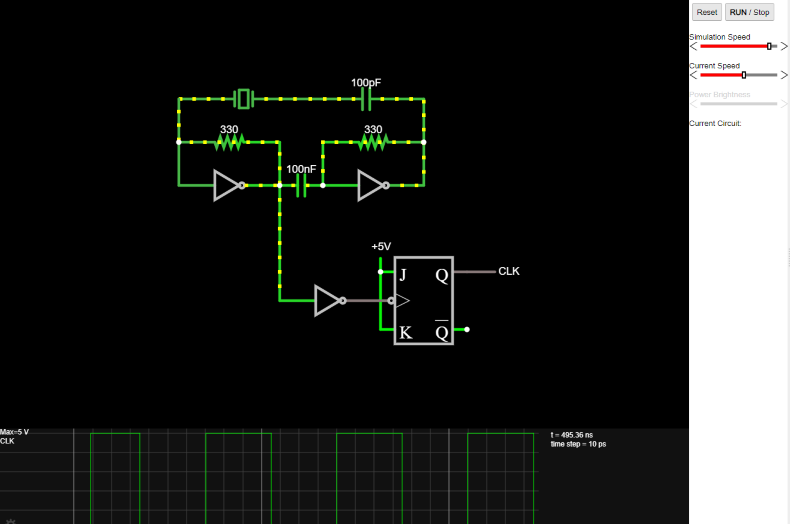 The Arcade Museum 🏗️set of schematics and the paper from Stephen A. Edwards at Columbia University’s Department of Computer Science on 📚“Reconstructing Pong on an FPGA”. 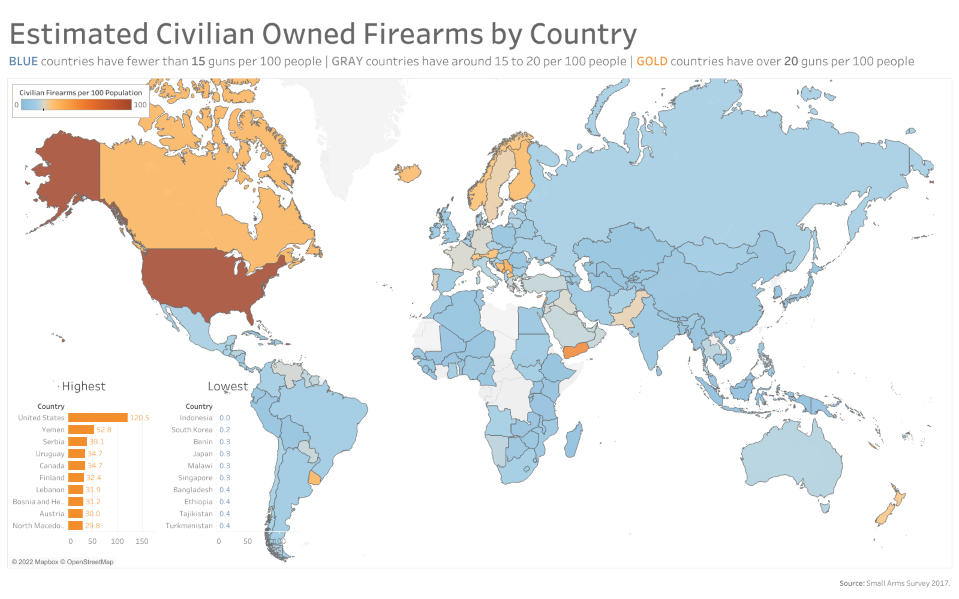 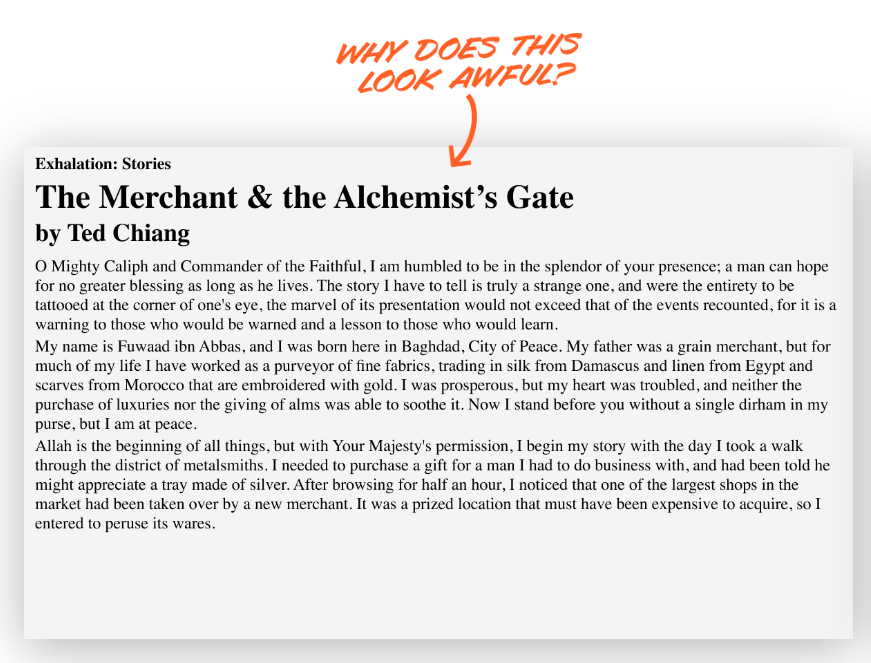 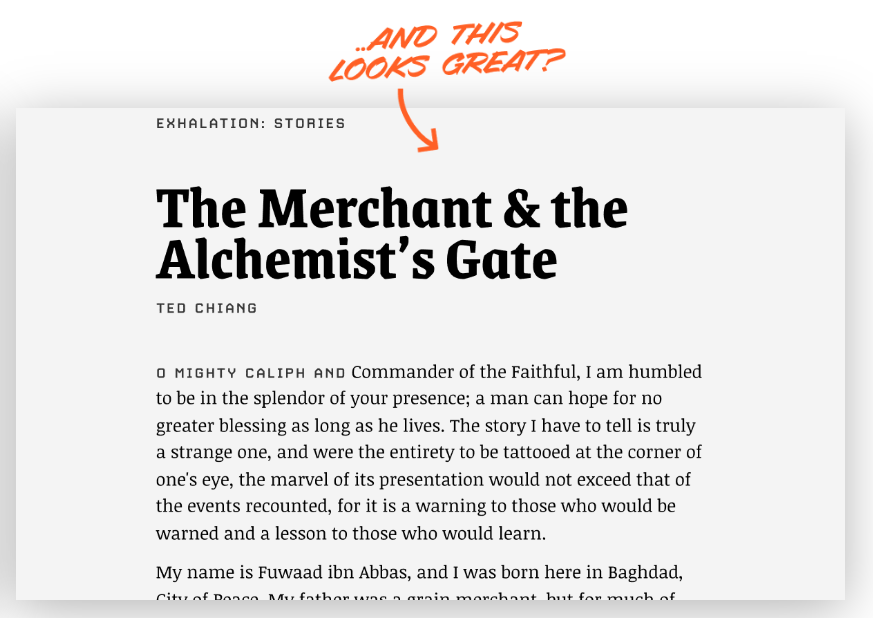 Free 5-minute tutorial on the logic of great typography which focuses on:

Stephen Kotkin is an American historian, academic, and author currently at Princeton University, who has been one of the more vocal counterpoints (similar to 📹Garry Kasparov) to the various realism and realpolitik international relations observers like John Mearsheimer. Lex Fridman invited him onto his podcast soon after interviewing Oliver Stone - whose views are diammetrically opposed.

May be worth going through both interviews to get a sense of the topology of the two positions regarding Russia’s actions in Ukraine.

That said one of the most salient aspects of how this conflict has been waged is the information war and the careful curation of narratives by both sides.

In this clip Kotkin, a full-throated supporter of Zelenskyy and unapologetic defender of “The West”, the current neolibieral world order and NATO - makes some fascinating observations about why Ukraine has done so well (over and above the legalities and morality of Putin’s aggression as well as Ukraine’s steely defence) in the global information war.

“Ukraine, before the war, is run by a TV production company”

“There’s 20 guys or so running a country the size of Ukraine. One’s a producer, one’s a make-up artist, one’s a video editor…”

Going on to say how a TV personality and a TV production company at the helm during this conflict is exactly why they’re “crushing” the information war - in his words.

On the flipside, much of the Russian effort - particularly on social-media - has been outside of the West; especially in Asia and Africa. In fact South Africa is one of the countries which has featured heavily in promotion of hastags like #IStandWithPutin and other counternarratives to the prevailing sentiments seen on most mainstream Western media. 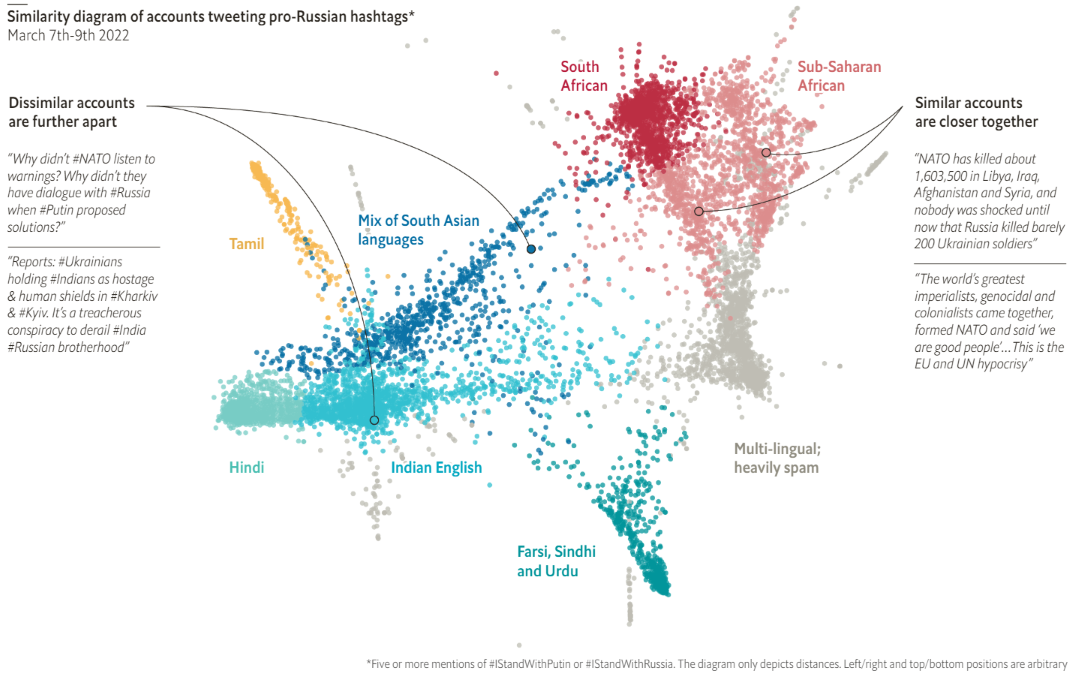 You have probably heard people saying that the problem with quantum mechanics is that it’s non-local or that it’s impossible to understand or that it defies common sense. But the problem is much simpler, it’s that quantum mechanics is a linear theory and therefore doesn’t correctly reproduce chaos. Physicists have known this for a long time but it’s rarely discussed. In this video I explain what the problem is, what physicists have done to try and solve it, and why that solution doesn’t work.

You’ve heard the term; you probably know how it works. However this is as clear a diagram of the mechanics of re-districting and gerrymandering to influence election outcomes as I’ve seen. 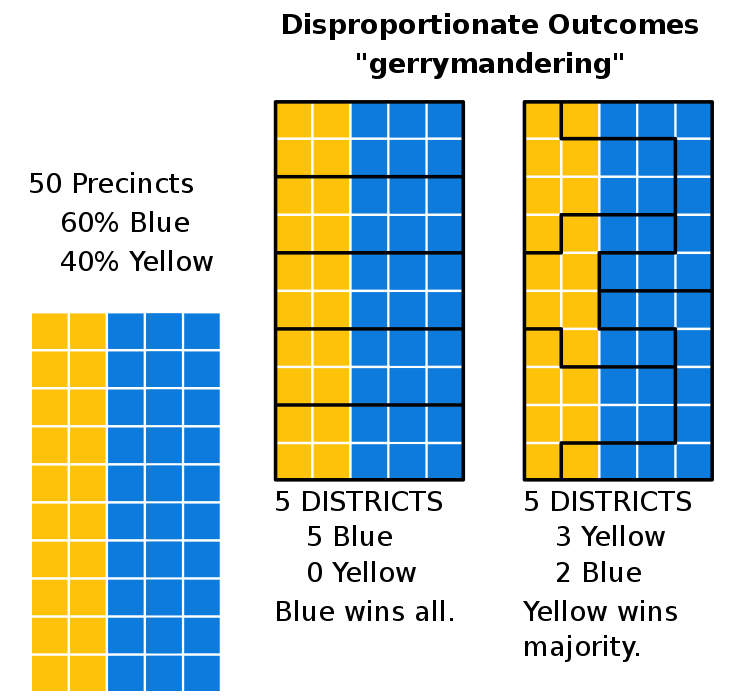 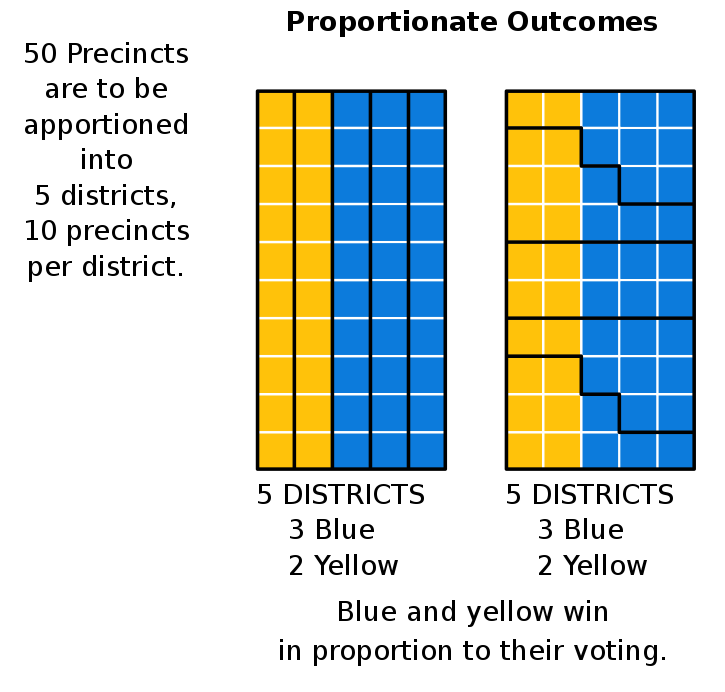 Fascinating deep-dive story about Sony’s story, past and present. Definitely understand Steve Jobs’ obsession with Akio Morita much more now and definitely need to read the book Made in Japan.

Born in the unlikeliest of places — the terrible, wasteland-like aftermath of post WWII Japan — Sony rose to capture the imaginations (and wallets) of consumers and engineers around the world. The company produced hit after hit after hit: portable transistor radios, CDs, the Walkman, the PlayStation, DVDs, life insurance(!!)… and yet ultimately fell behind its greatest American admirer, Steve Jobs and Apple. This is the incredible story of Sony’s human and technological optimism in the face of overwhelming odds — a story that, given recent world events, remains as relevant today as ever.

Zac Stern, summarising a few other blog posts looks at the Tinder “economy” asking if the matching imbalance on Tinder and other dating apps be a factor in the rise of the incel movement and young men reporting low sexual activity. 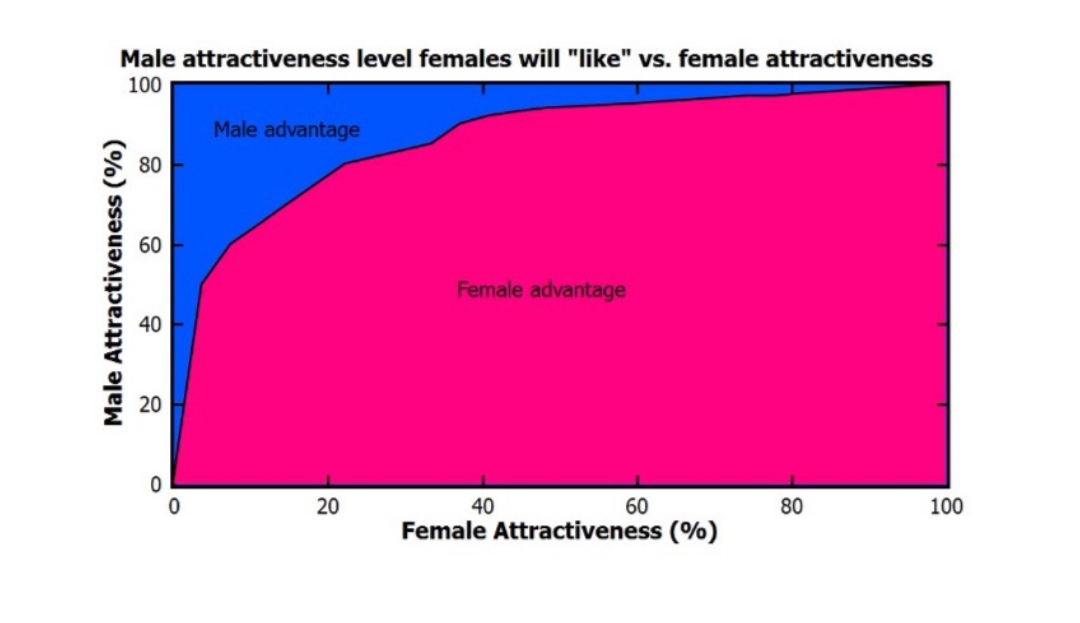 If modern dating apps were a country, it would be one of the most unequal in the world. The Tinder economy has a higher Gini coefficient than 95.1% of the countries in the world. 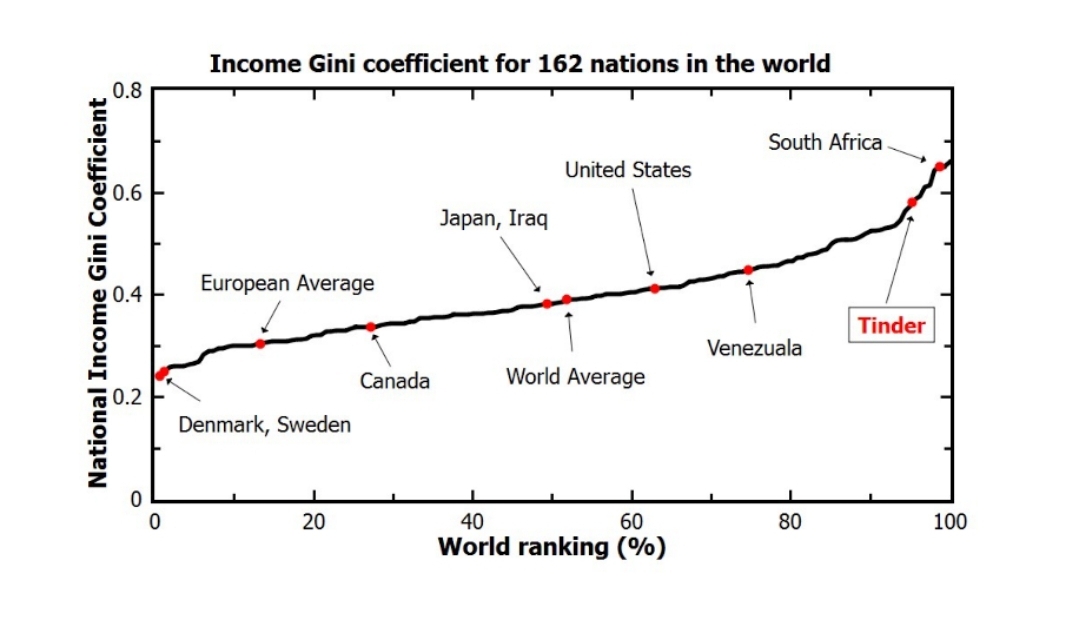 Ultimately, most women only swipe yes on a handful of men per day while men are more freewheeling with their swipes. This creates a highly competitive environment where many men find it difficult to get matches consistently. 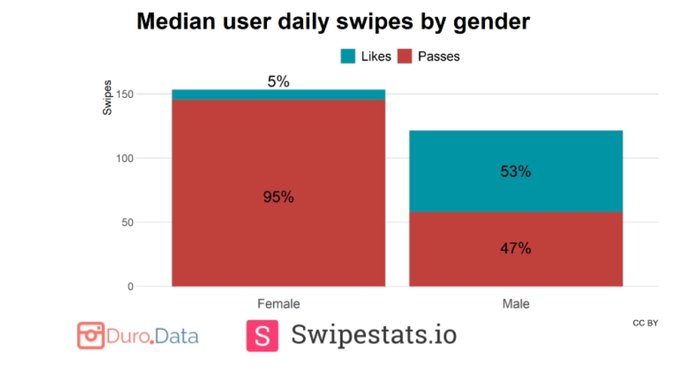 The median female user receives about 2.75 matches per day while the median male user only receives about 1.1 matches. At that rate, to expect a match, a typical woman would have to like just three men while a man would need to like over 50 women. 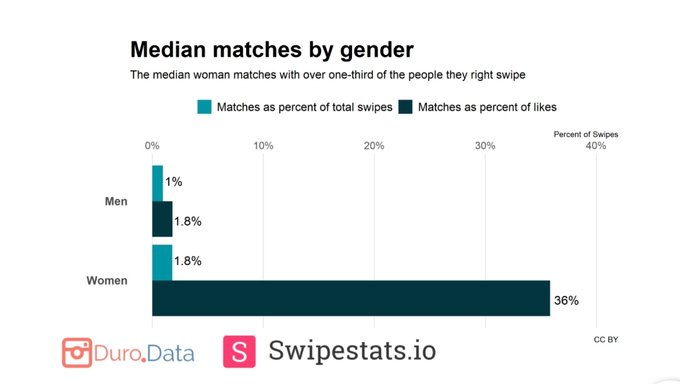 Gender distribution on dating platforms exacerbates this inequality, with male to female gender ratios being unequal on the majority of apps 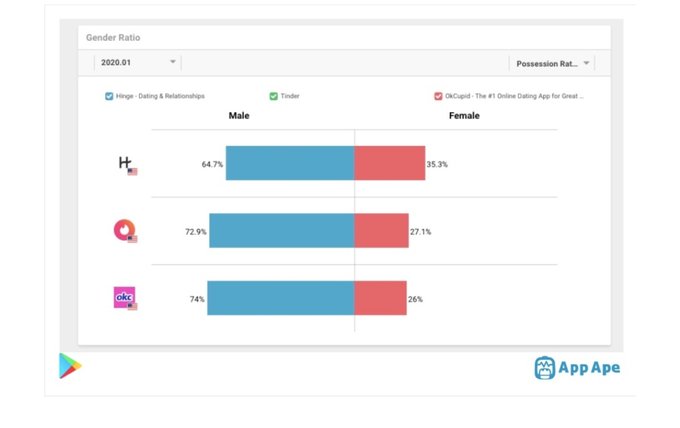 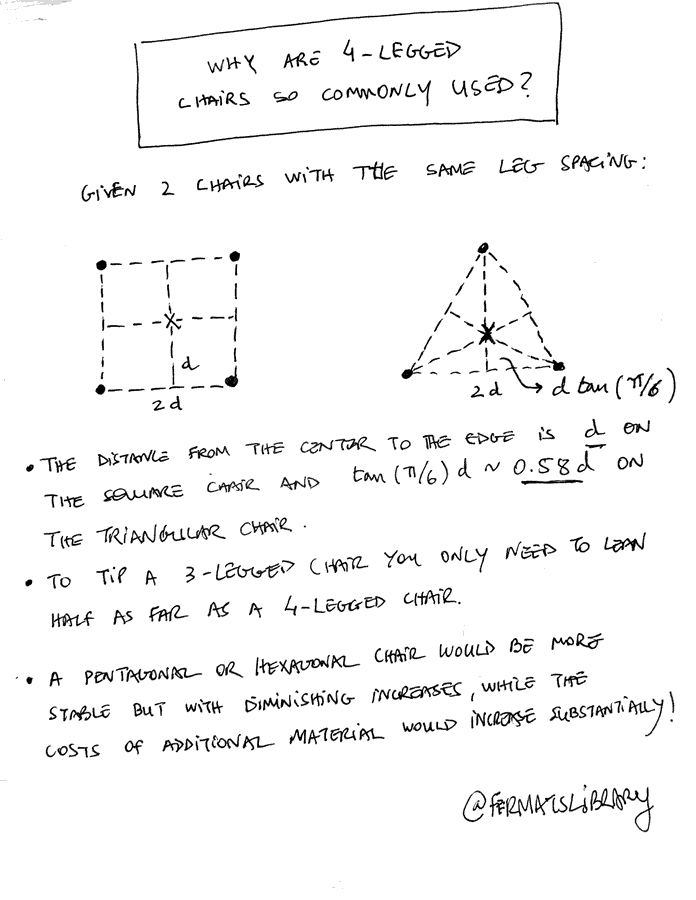 Vai, one of about 30 indigenous languages of Liberia, had no written form until 1833. Then, a man who had never learned to read or write dreamed that Vai’s symbols were revealed to him. Once awake, he reconstructed the 200 symbols, which were quickly adopted. The subsequent modifications that came with use have greatly advanced understanding of how language develops

📚What the Vai Script Reveals About the Evolution of Writing 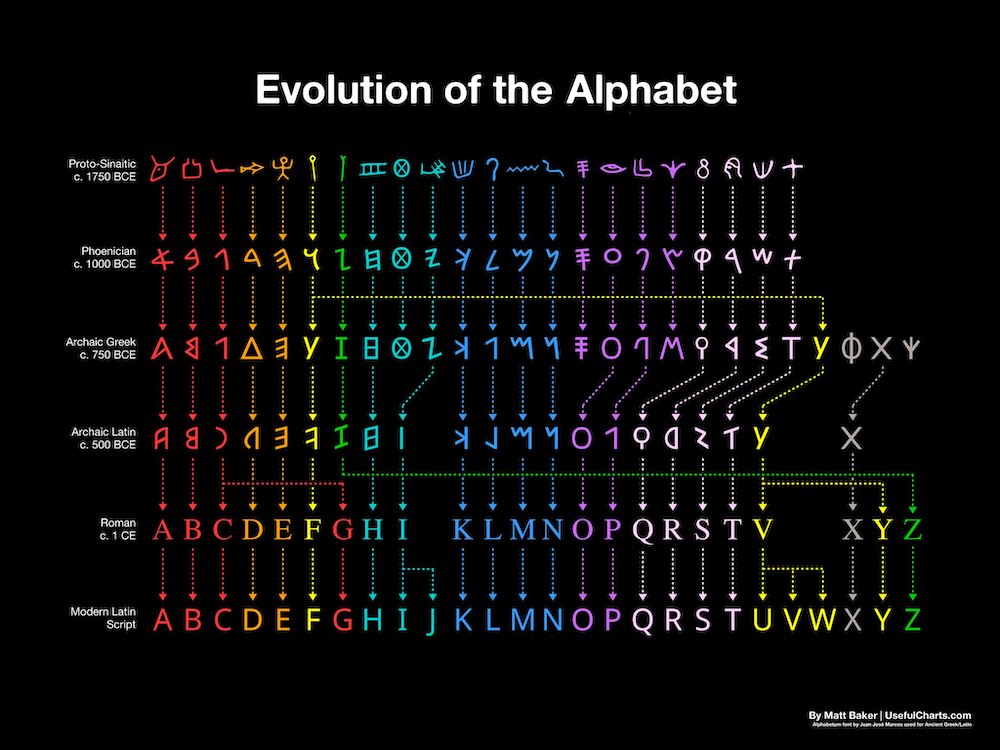 We thank the Houghton Library Harvard, and other archives, as well as senior Vai scribe Bai Leesor Sherman (left) and Jeremiah Williams who contributed expertise on current uses and vitality of the script ꕮꔻꔒꔻꕇ pic.twitter.com/64S4o8uqyq 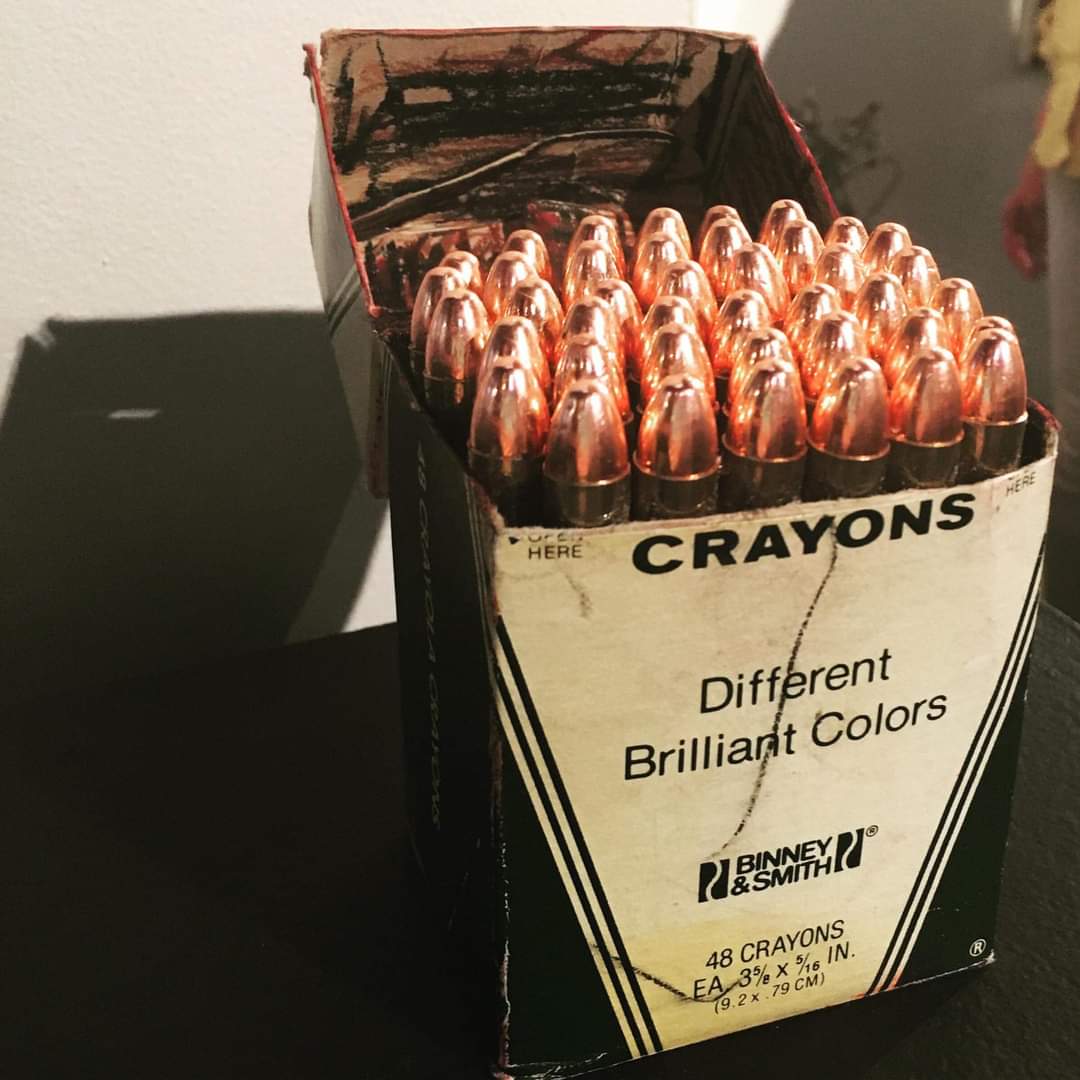 “Be happy for this moment. This moment is your life.” - Omar Khayyam, The Rubáiyát of Omar Khayyám 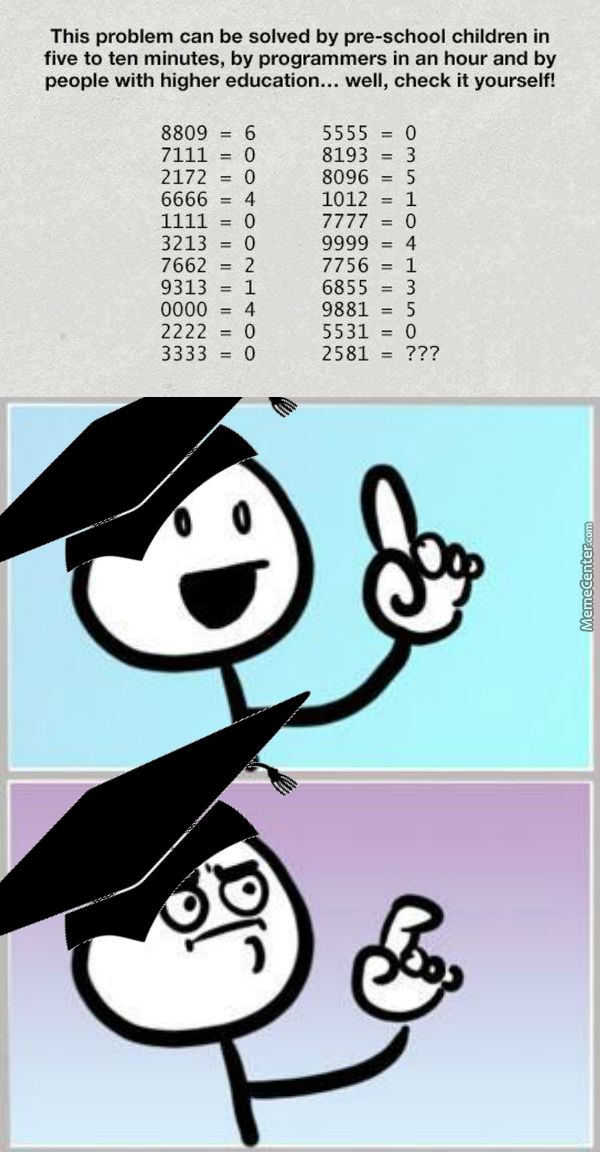