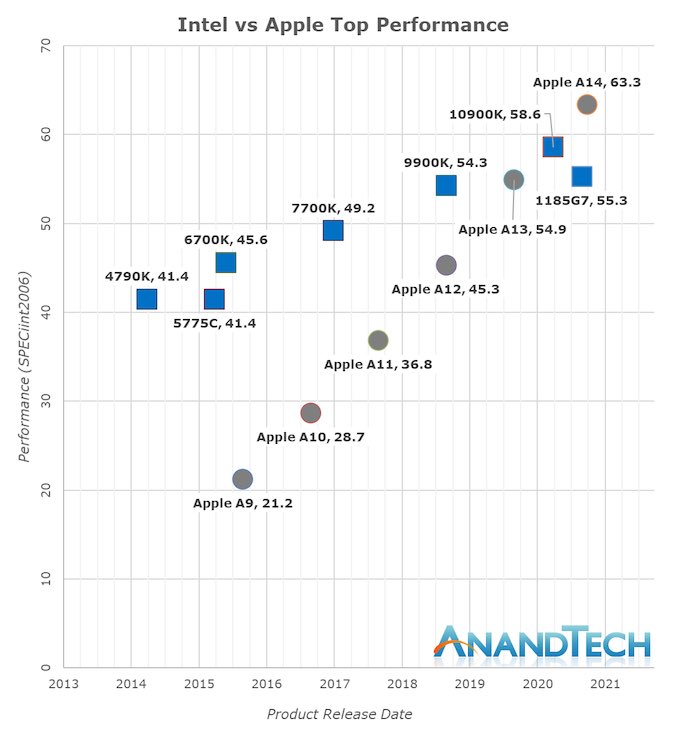 📝HBR takes a look at how Apple is organised for innovation in it’s latest issue.

The world appears to have moved on… 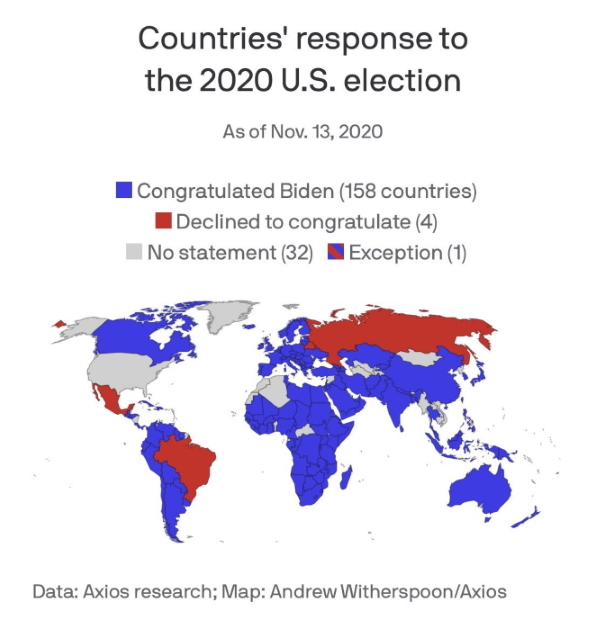 Phineas Fisher is the hacker’s hacker that nobody knows. In fact, nobody even knows if they are just one person, or several people (Satoshi anyone?). All we know is Phineas Fisher has hacked, embarrassed, and exposed some of the world’s most powerful spyware companies that have connections to the FBI, the DEA, and dozens of other law enforcement and spy agencies all around the world….and gotten away with it.

Motherboard’s CYBER profile him before he comes onto podcast again to make a statement denying he’s an agent of the Kremlin. 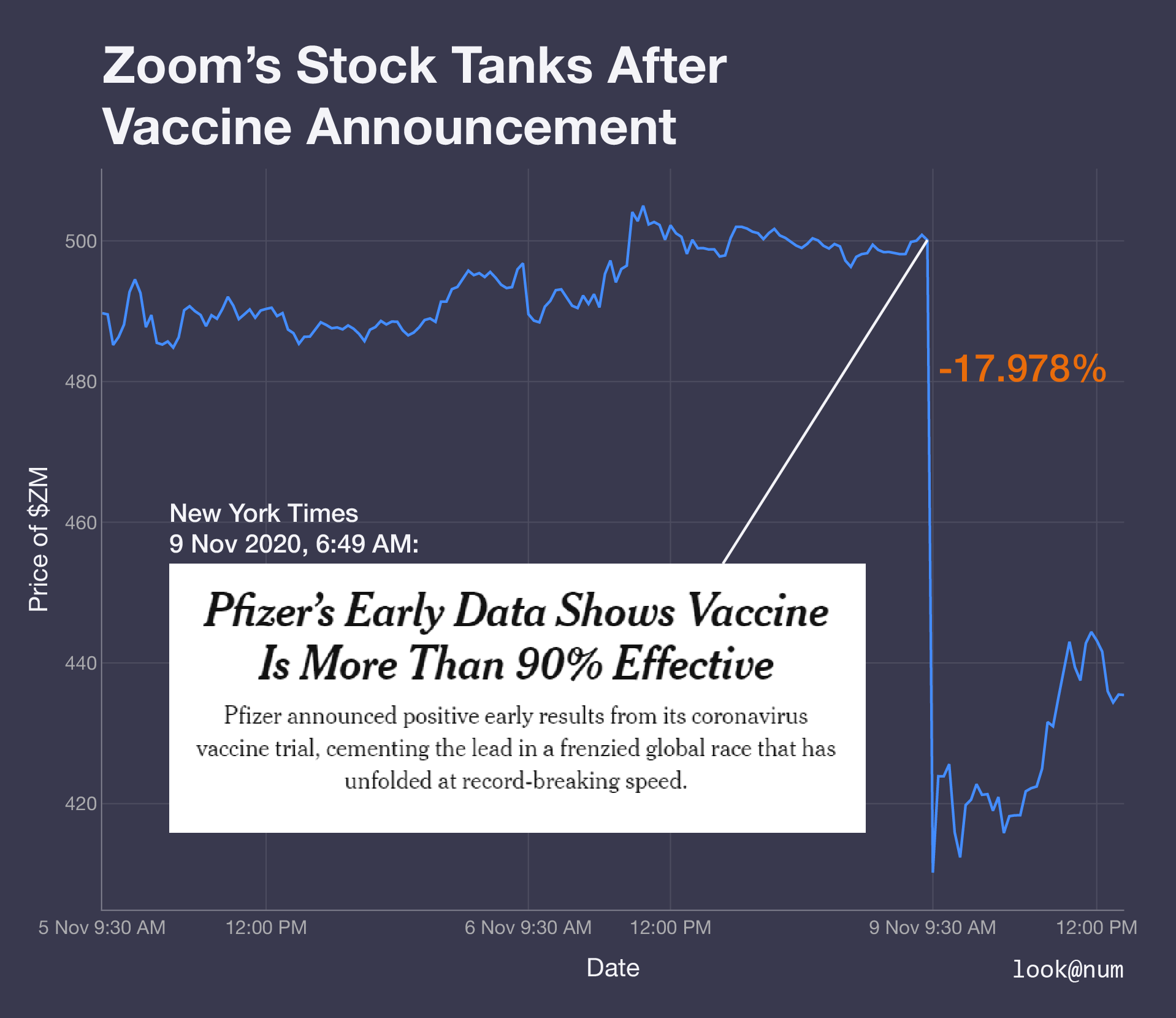 It's not just airlines that compete with airlines. Software does too. This is important to remember when fighting climate change. The best solution may not be a cleaner version of some polluting technology, but something much further afield. pic.twitter.com/f7EYA2oEWT

No thanks to the pandemic, Wimbledon was off this year. But that didn’t stop a team of researchers from Stanford University 📝simulating the annual tournament with the help of artificial intelligence.

The team trained their AI using a database of annotated footage. The cyclical nature of tennis helped them create a statistical model that predicts how stars like Novak Djokovic and Roger Federer will play in certain situations.

The routes of the olive tree. Footsteps of a civilization through the entire Mediterranean basin. 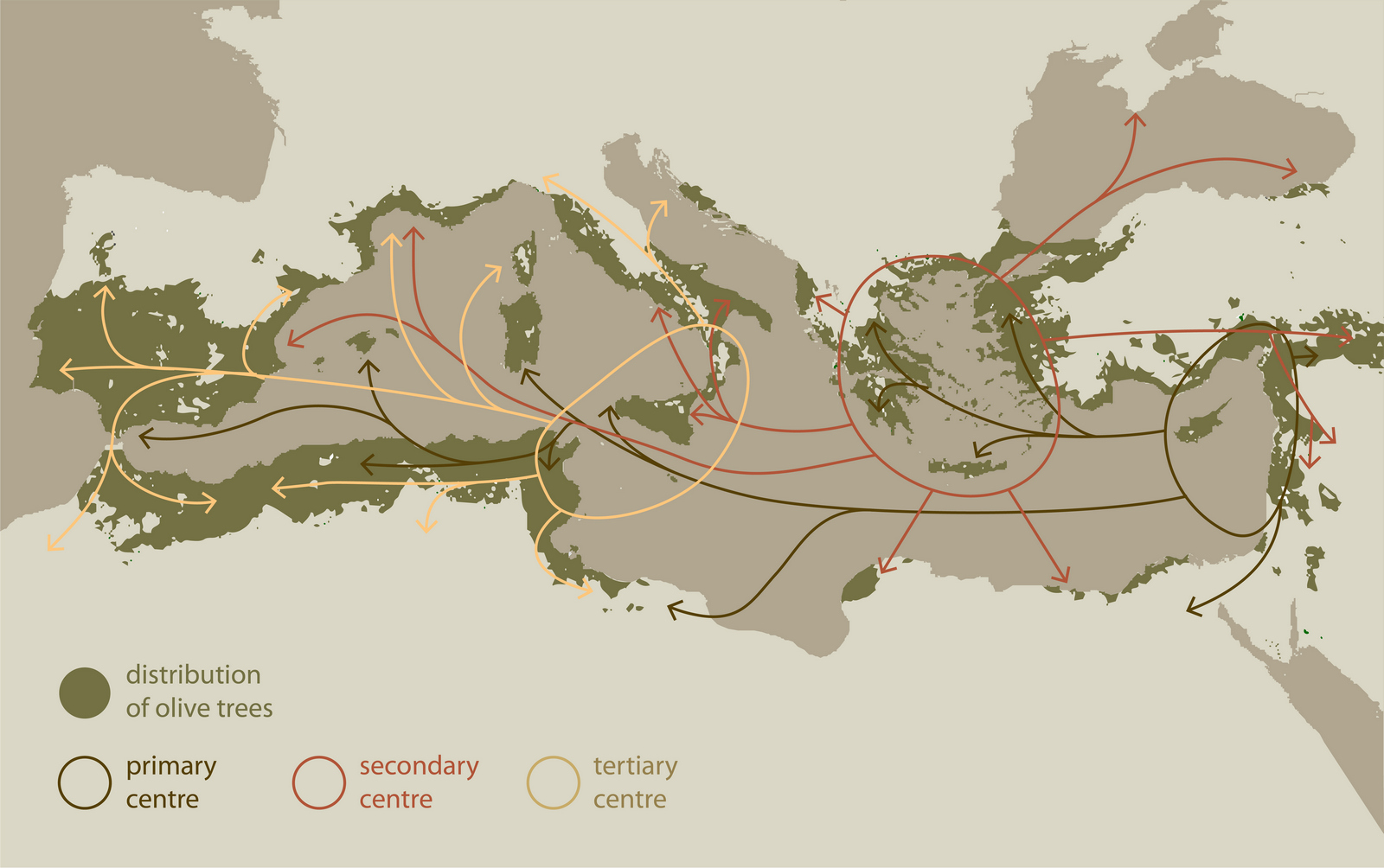 “Historical data is not your familiar kitten. It is a saber-toothed tiger that will eat you and your village of data scientists for breakfast if you don’t treat it with respect.” 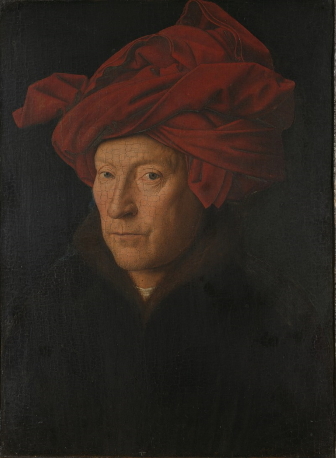 The most detailed model of a human cell to date, obtained using x-ray, nuclear magnetic resonance, and cryoelectron microscopy data sets (more below). 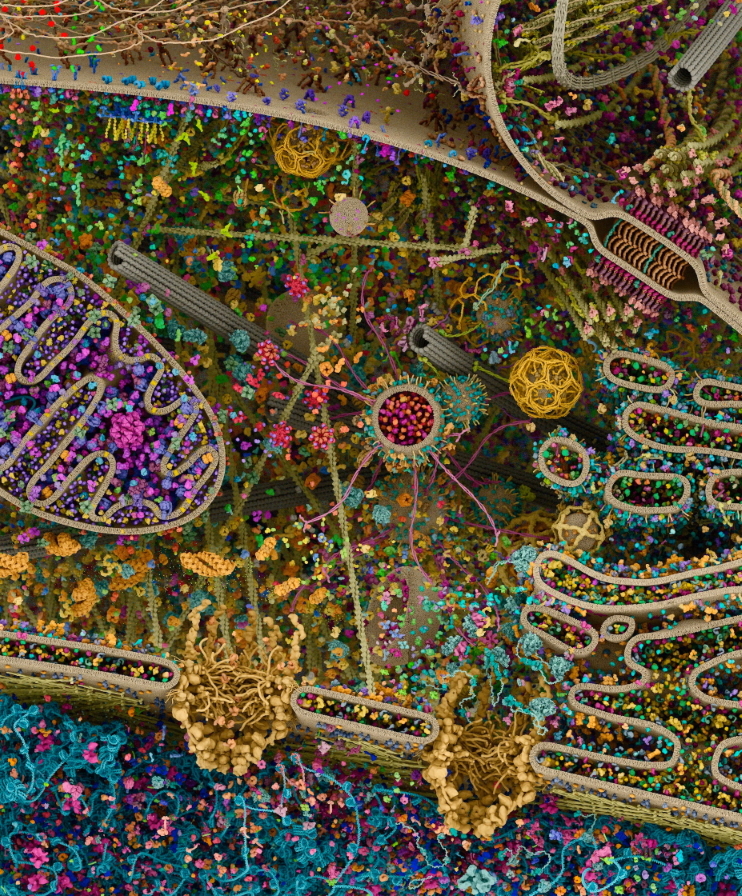 Created for Cell Signaling Technology, Inc., and inspired by the stunning art of David Goodsell, this 3D rendering of a eukaryotic cell is modeled using X-ray, nuclear magnetic resonance (NMR), and cryo-electron microscopy datasets for all of its molecular actors.

It’s an attempt to recapitulate the myriad pathways involved in signal transduction, protein synthesis, endocytosis, vesicular transport, cell-cell adhesion, apoptosis, and other processes. Although dilute in its concentration relative to a real cell, this rendering is also an attempt to visualize the great complexity and beauty of the cell’s molecular choreography.

Interactive versions of parts of this landscape can be explored at http://www.digizyme.com/cst_landscapes.html.

“High-frequency data show economic activity in a number of major advanced economies dropped steeply in the first weeks of November amid a stark rise in Covid-19 infections and expanding lockdown measures. The latest readings suggest the decline was particularly strong in Europe.” 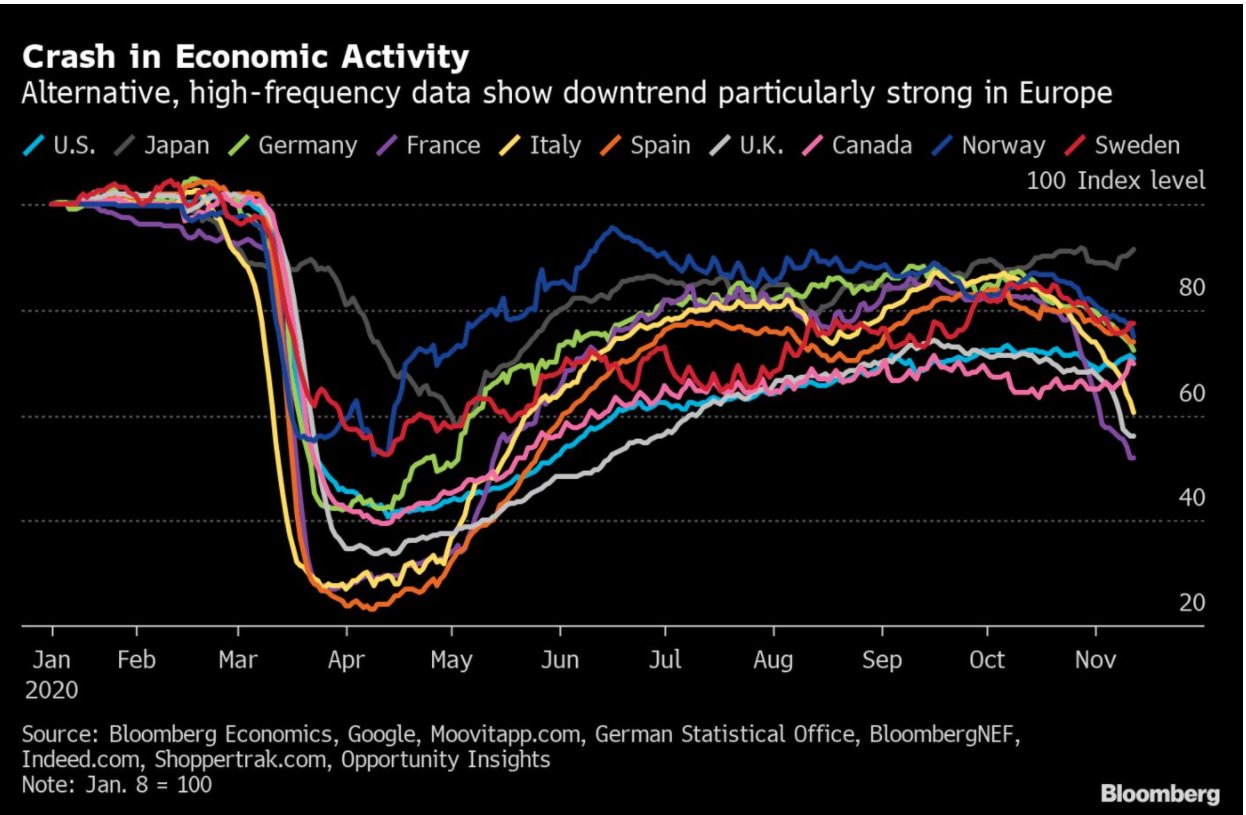 Fewer people say they would take a COVID-19 vaccine now than 3 months ago. 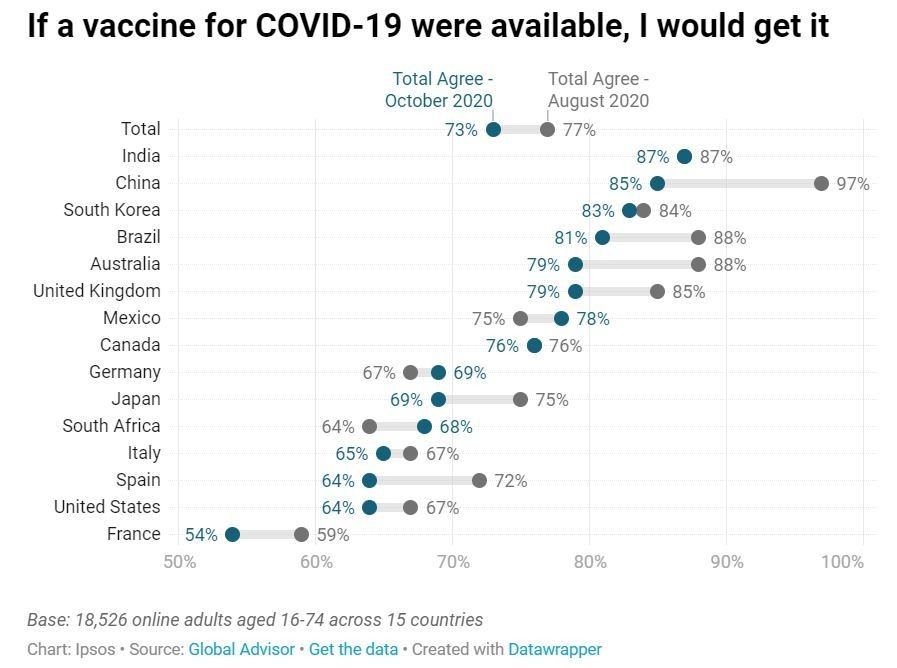 📝A survey by Frontiers, a Swiss publisher of scientific journals, asked some 25,000 researchers in May and June whether lawmakers in their country had used scientific advice to inform their covid-19 strategy. 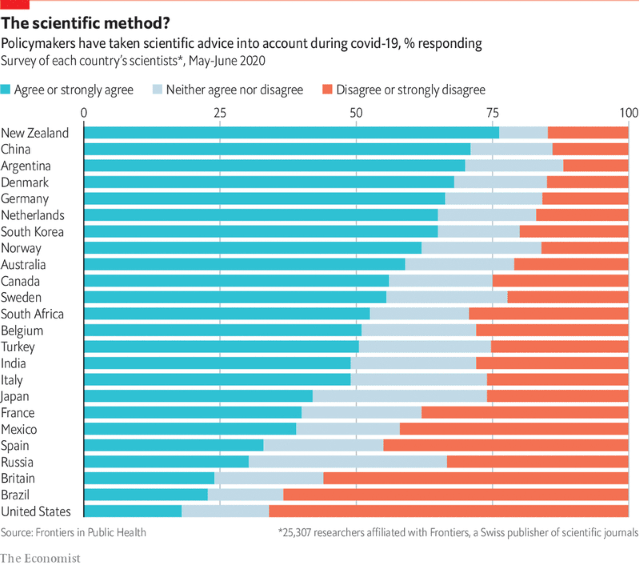 📝Last week Denmark ordered the culling of all its mink - up to 17 million animals - because of the spread of coronavirus. Danish authorities worry that a mutated form of coronavirus found in mink could potentially hamper the effectiveness of a future vaccine.

“I may not have gone where I intended to go, but I think I have ended up where I needed to be.” ― Douglas Adams

An estimate of the historical population of blue whales, from the pre-whaling period up to present day. As devastating as the numbers appear it’s encouraging to see how quickly populations return without the deleterious influence of humans. 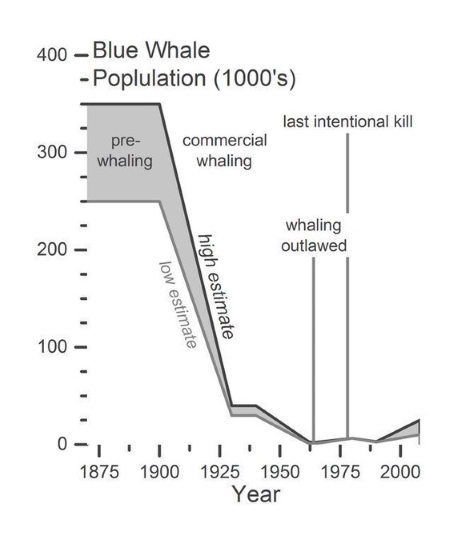 Interesting thread from @WrathOfGnon showing how Parisian apartments used to have much more diverse living arrangements - until elevators were introduced.

Before elevators the classic 5+2 Parisian apartment house looked much the same as good apartment buildings have done since the days of ancient Rome. Far more economically diverse than today: shops on ground floor, the rich on top of that, then middle class, at top, working class. pic.twitter.com/ncwYnLieRH 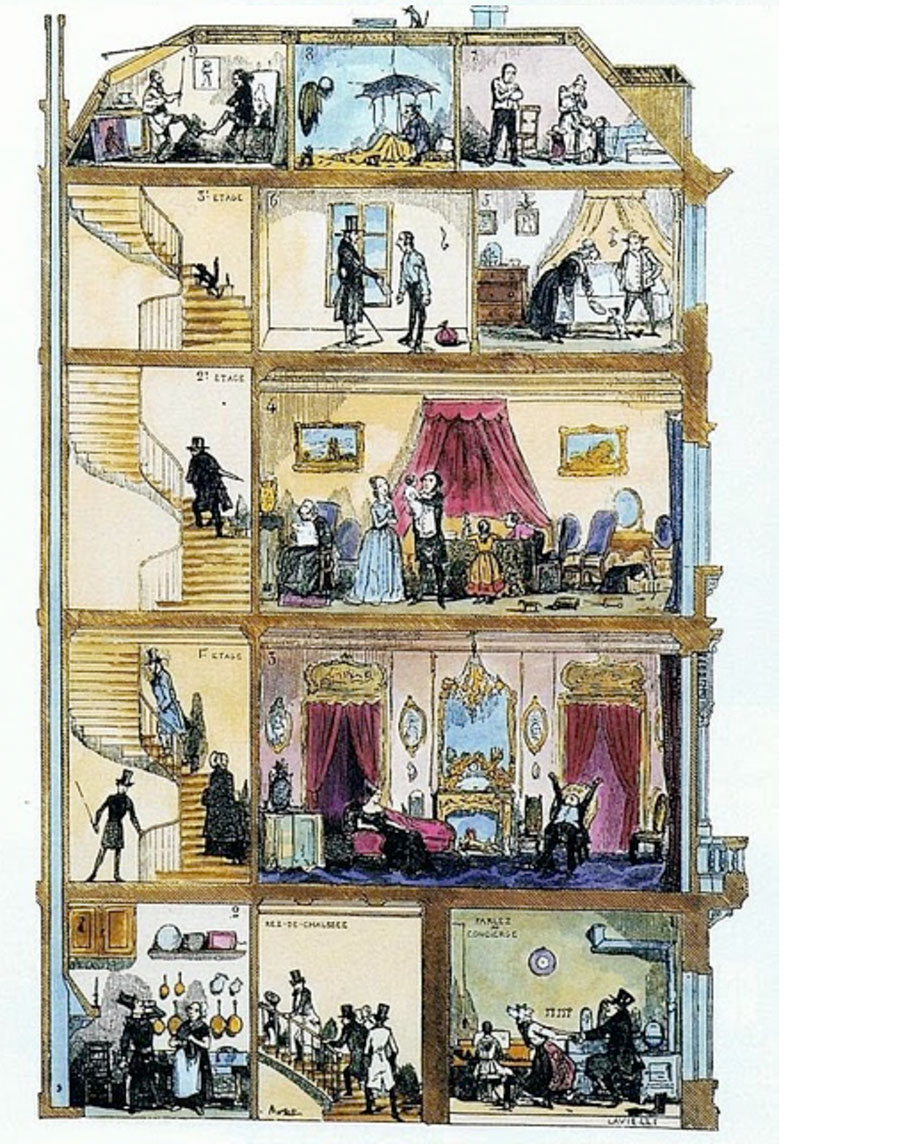 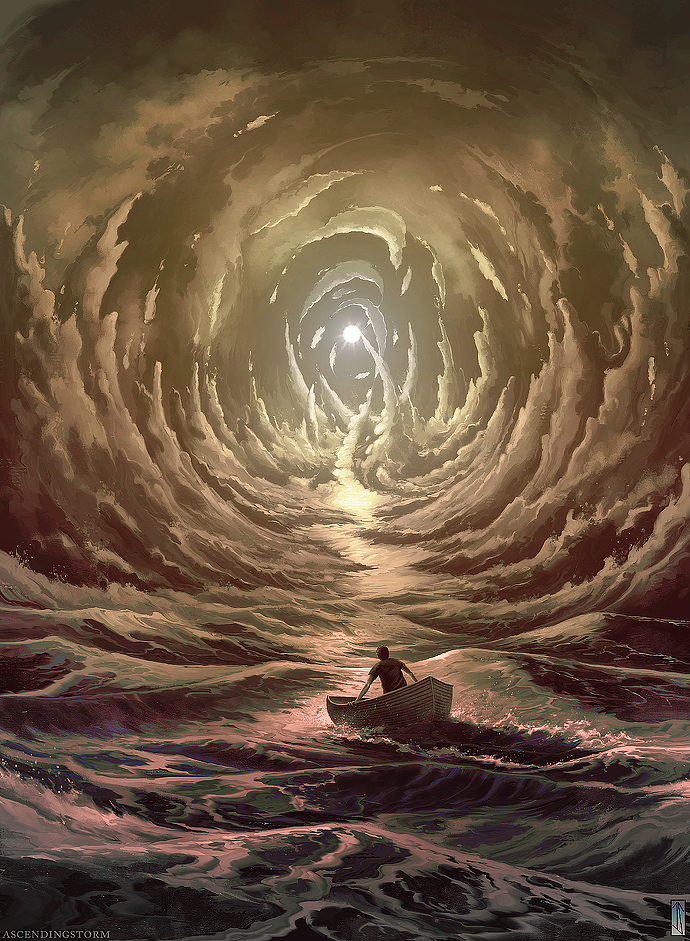 Pluto backlit by the distant sun, captured by the departing New Horizons spacecraft. 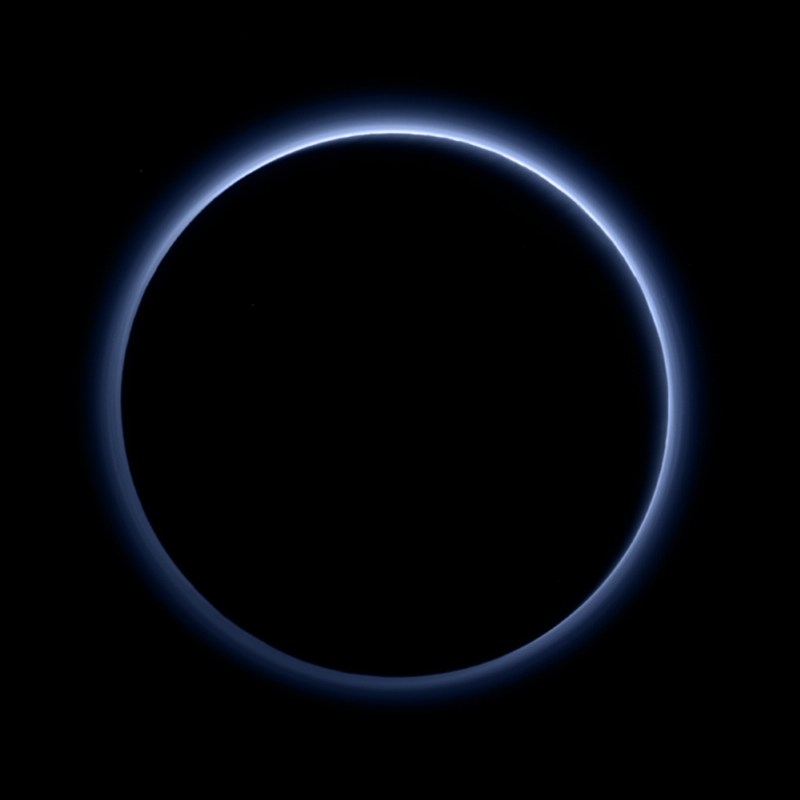 Eiffel Tower from below 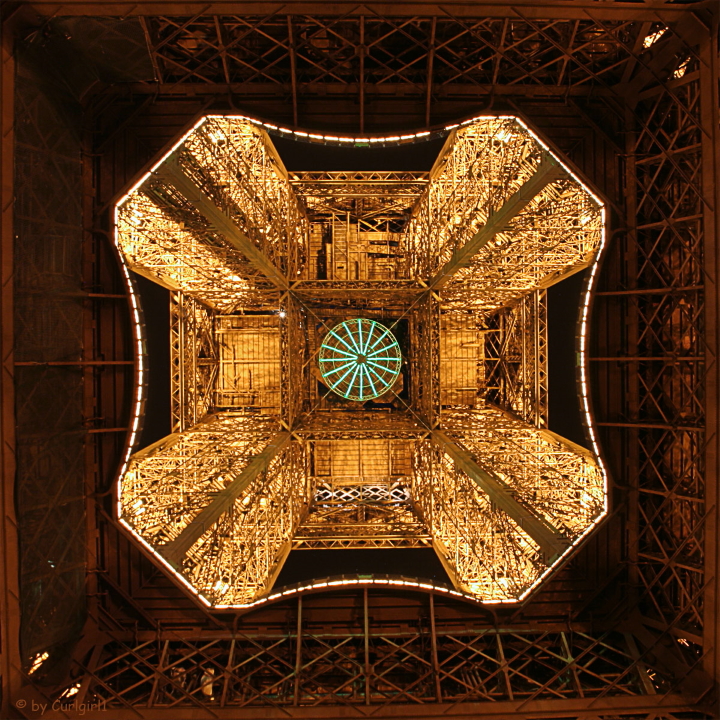