A few graphics from NSIDC studies showing the record low levels of continental sea-ice in 2020. 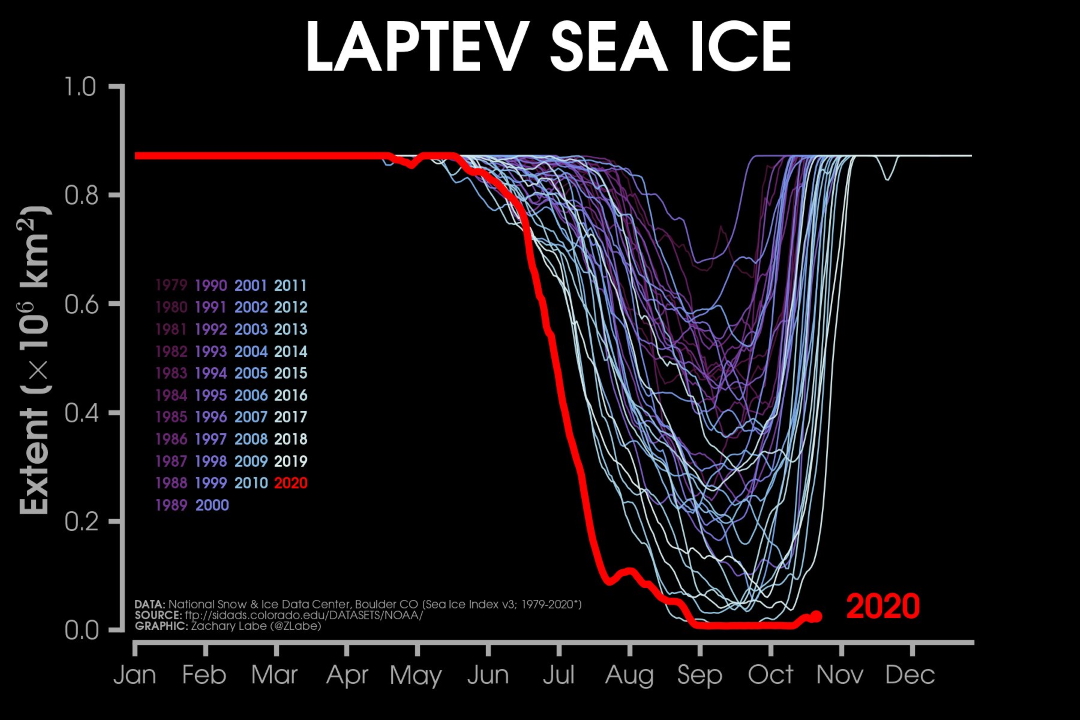 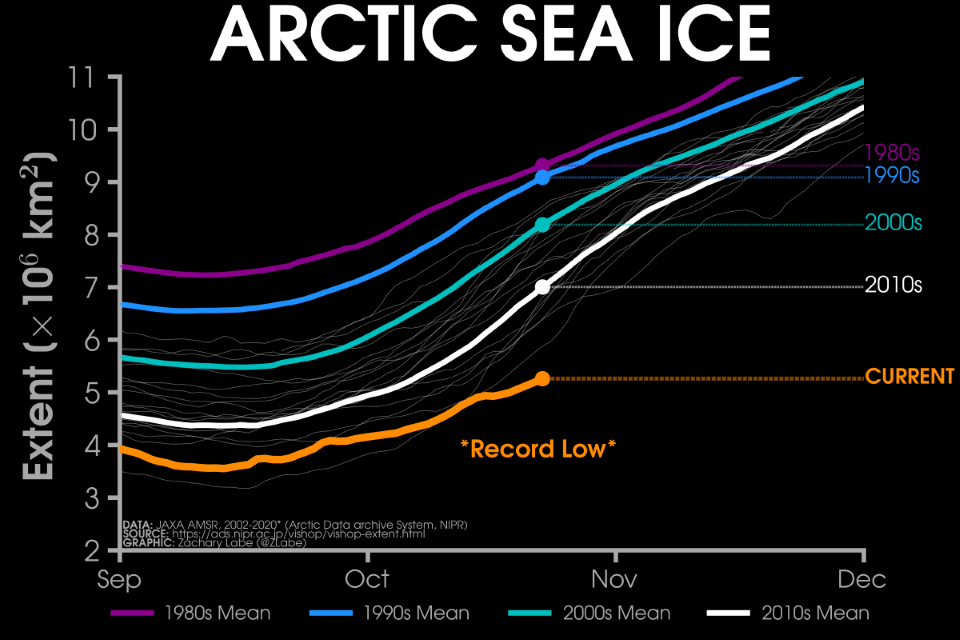 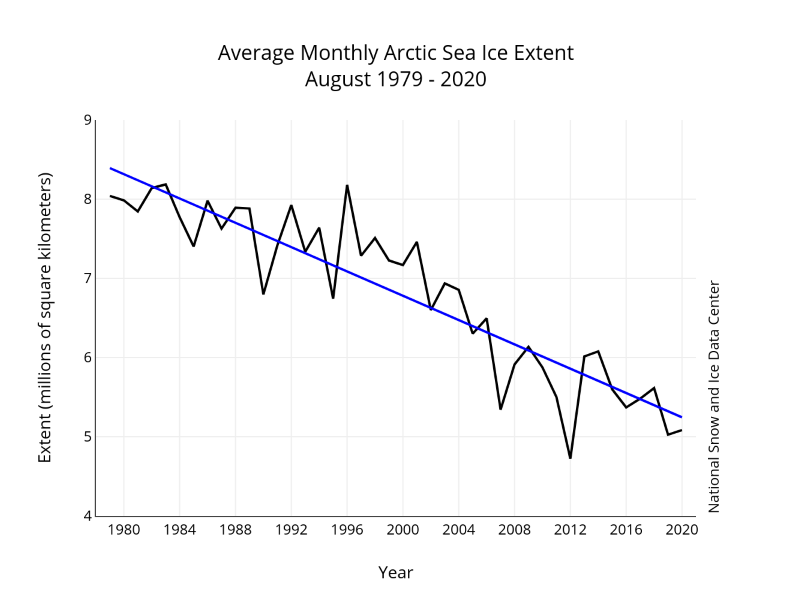 As many as 800 million people are at high risk of their (our?) employment becoming obsolete in an era of greater automation. This is according to a report released by economists Ziad Daoud and Scott Johnson.

📝Who Is Most Exposed to Automation? 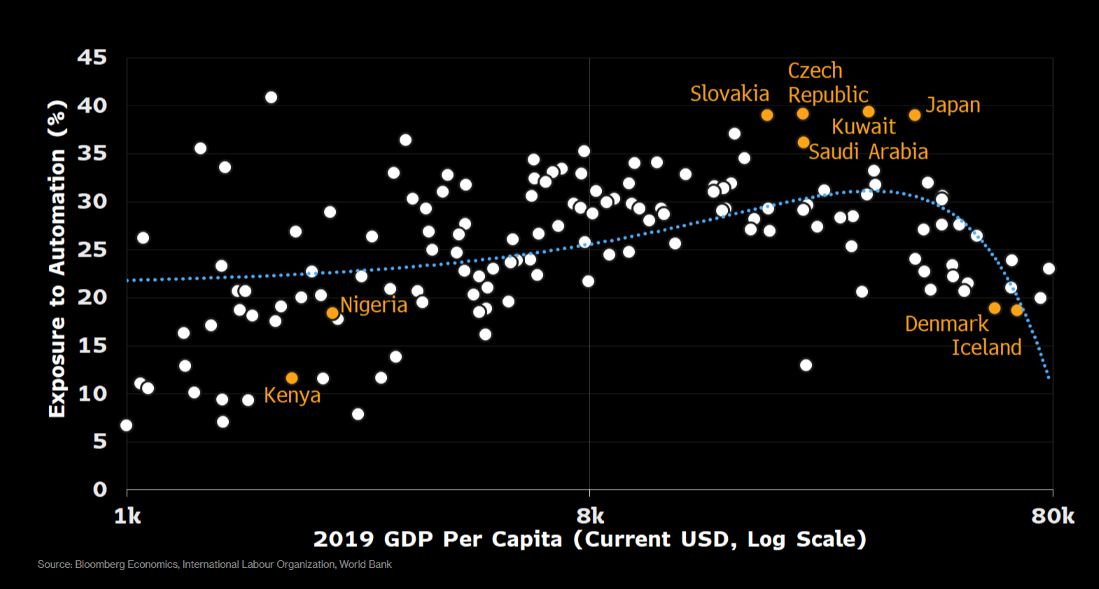 Steve Randy Waldman is a computer programmer and writer known for his commentary on contemporary economics at his blog 📃Interfluidity.

Here’s an interesting essay of his on the four functions of markets:

“Inscribing all the history markets erase on a blockchain or whatever, and then relying on individuals to evaluate the ethics of every stage of production of every good and service they consume, does not seem workable or effective. On the other hand, if markets launder history too well, that short-circuits the capacity of democratic politics to insist upon ethical production, as voters are shielded from the harms of cruel supply chains but enjoy the benefits of lower prices.”

TIME replaced its logo on the front cover of it’s magazine for the first time in its nearly 100-year history. 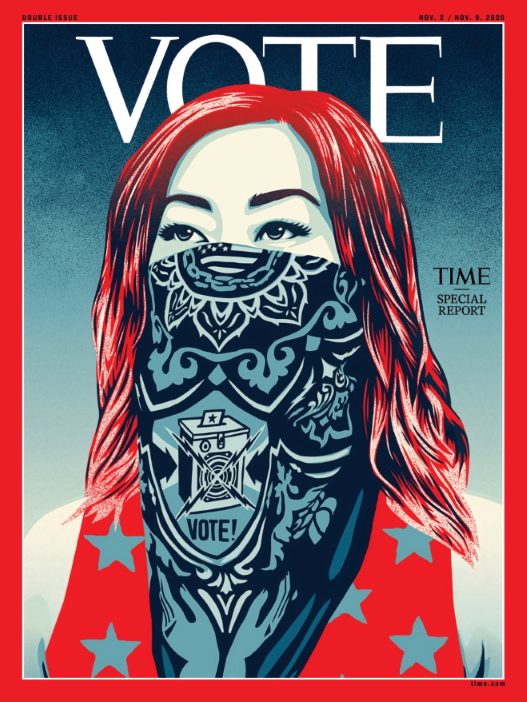 They explain why here.

1/ Unofficial list of best deals ever (minimum gain of $1B)

Krisp is an interesting piece of AI-powered noise cancelling software which you might find useful. It baically suppresses background noise during calls.

Charmaine Chan works at the forefront of a big technological shift in special effects. As a compositor for Industrial Light and Magic (ILM), her job saw big changes on The Mandalorian - one of the first shows to use ILM’s upgrade for the green screen: LED panels that use video game engine technology to place a realistic-looking world behind the actors.

The Bobtail Squid has a unique luminescence for camouflage known as counter-illumination. 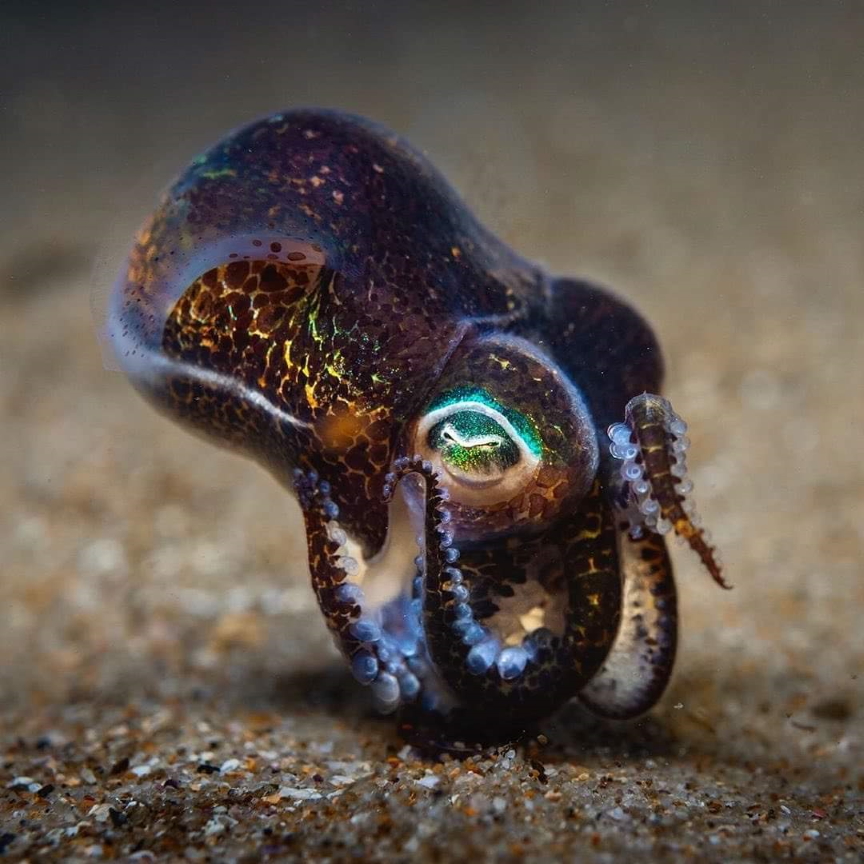 Revisionist History is Malcolm Gladwell’s journey through the overlooked and the misunderstood. Every episode re-examines something from the past—an event, a person, an idea, even a song—and asks whether we got it right the first time.

In this episode - 🎧A Good Walk Spoiled - he takes a look at golf… the conclusions square with my general feelings about the sport :D 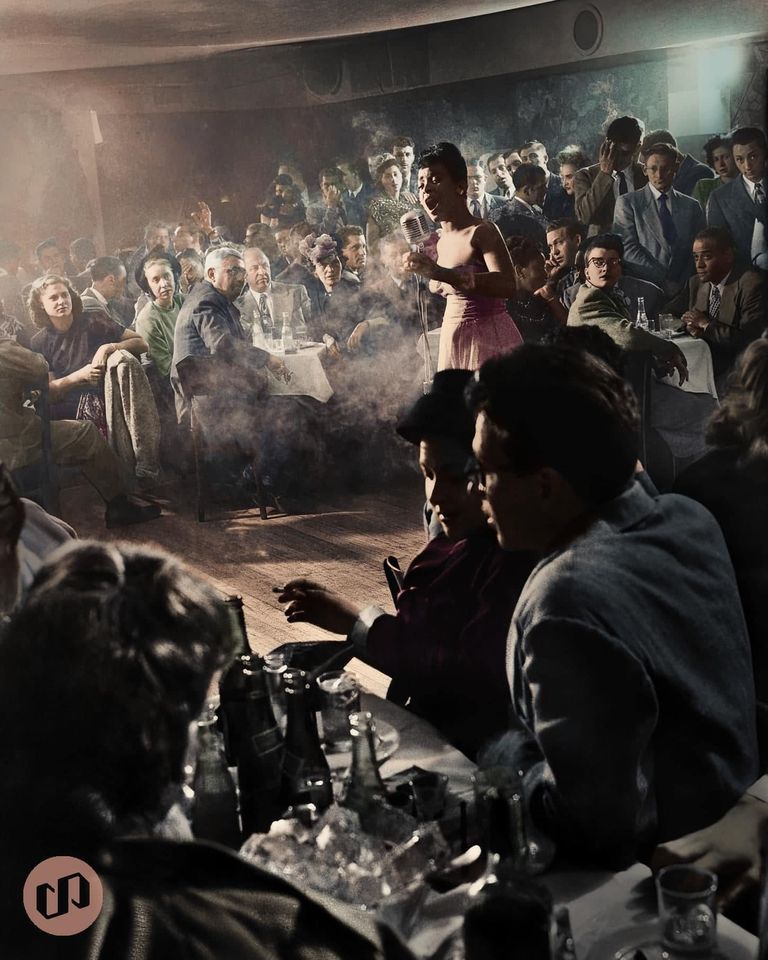 With over 42m+ cases and 1m+ deaths worldwide, it’s disconcerting to note case & hospitalisation numbers trending up in many places worldwide (with commensurate lockdowns being invoked). 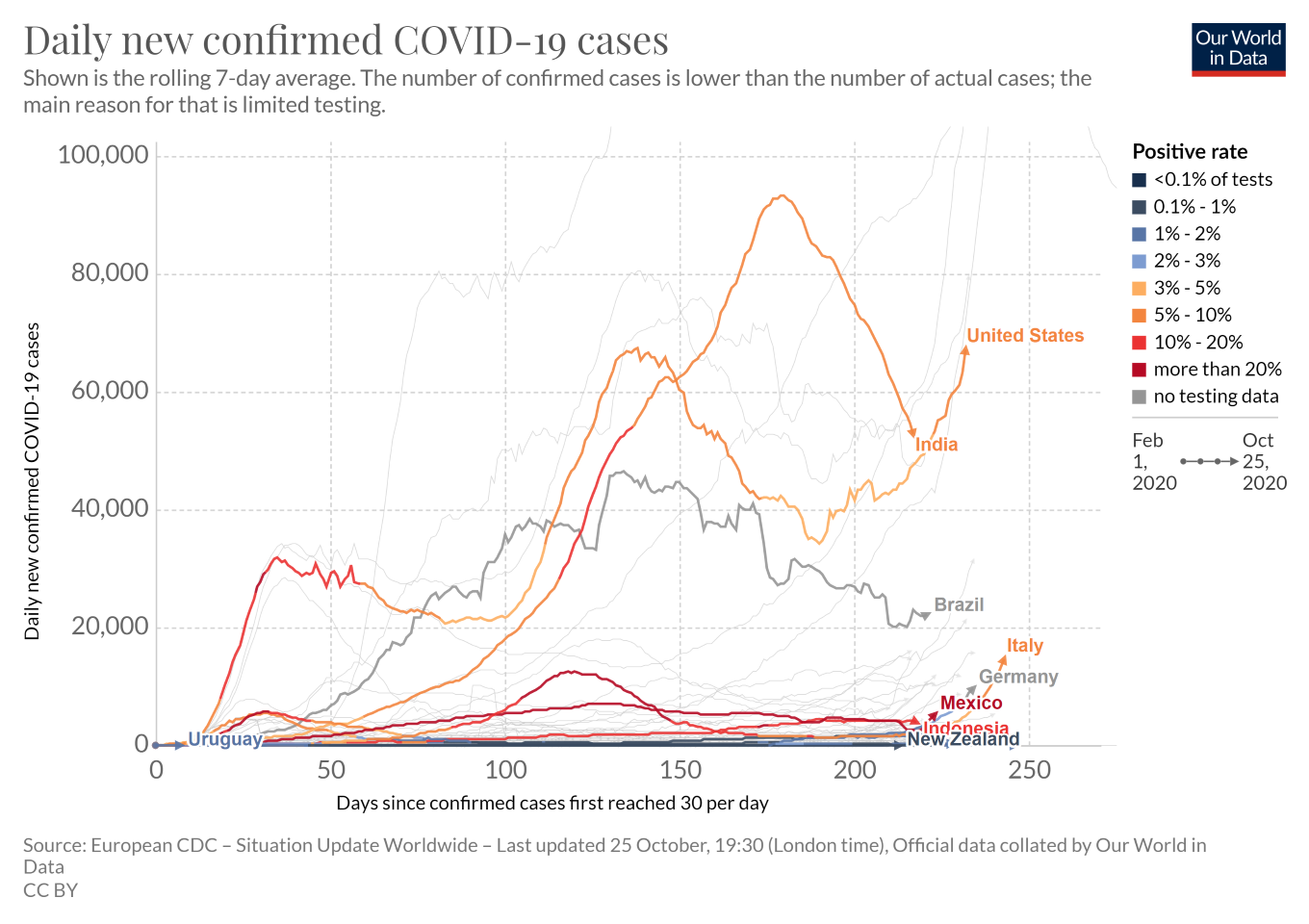 Progress in treatments and therapeutics is heartening but still a long way to go. 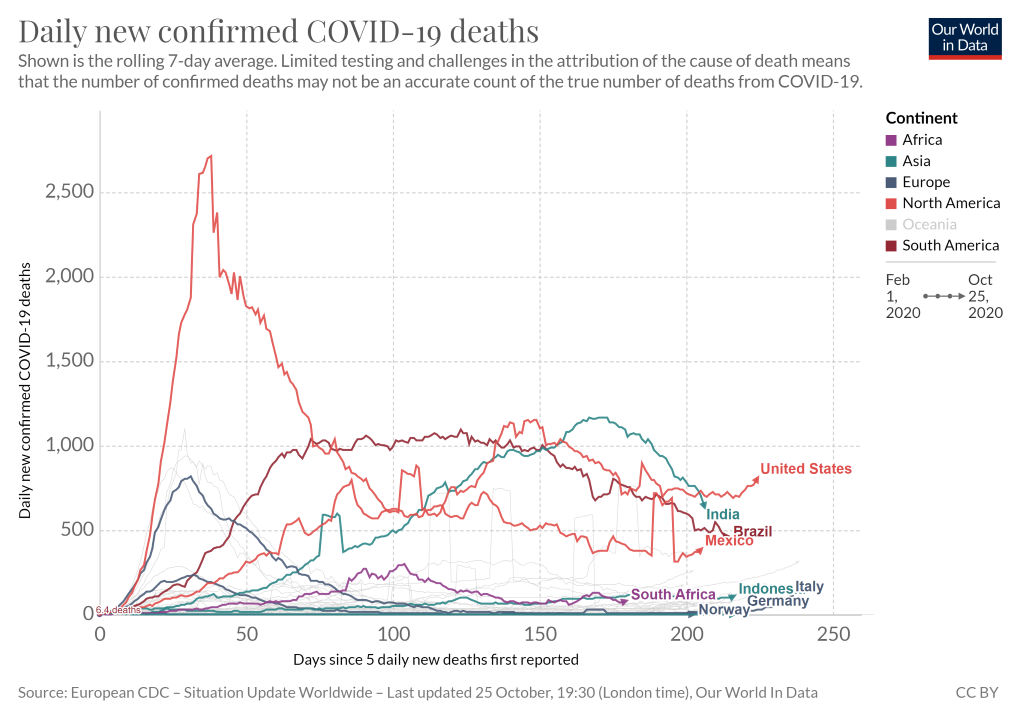 Building on their paper from a decade before, Li, Mendelsohn et al published an interesting paper last year:

Whether it was animal-to-human spillover, accidental biological contagion or both - this paper’s warnings about bat-borne coronaviruses in “emerging infectious disease outbreaks of global significance” couldn’t be clearer…or more prescient

A self-admittedly challenging painting for the artist. 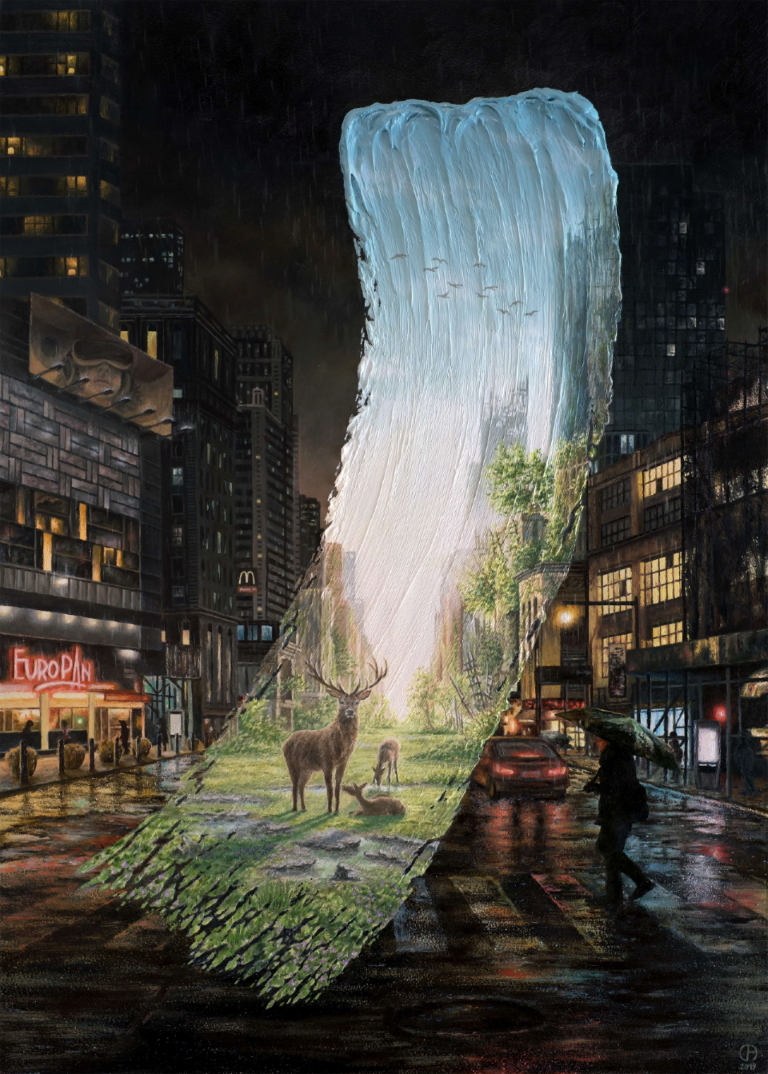 “The curious are always in some danger” — Jeanette Winterson

This is what a sunset on Earth looks like from space. 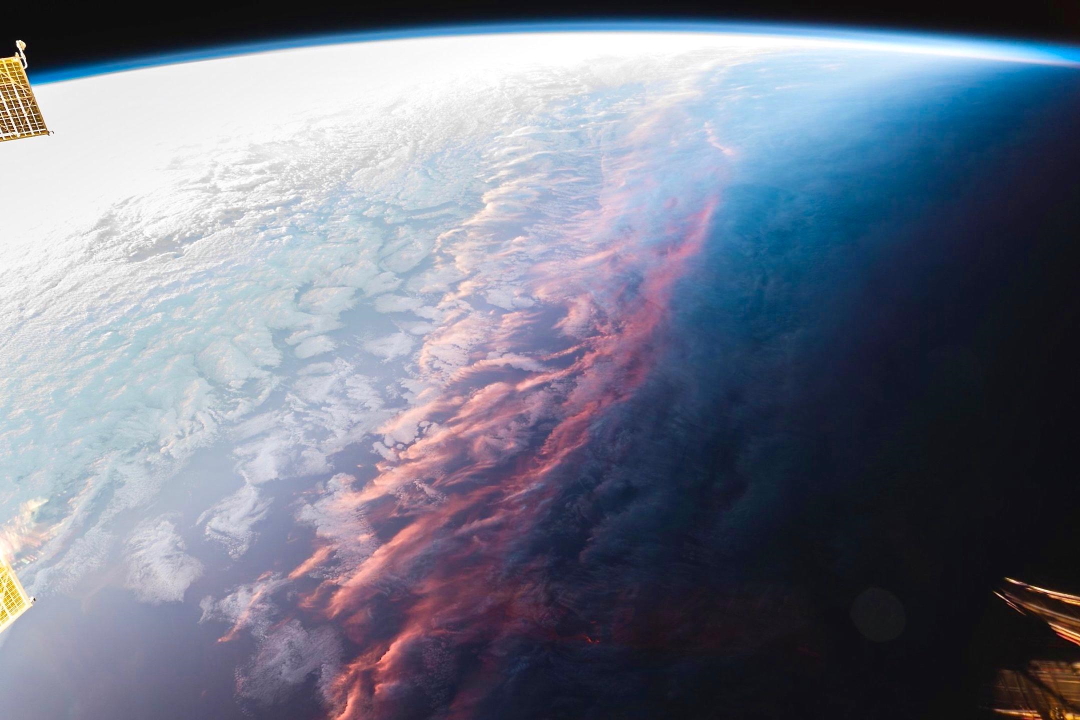