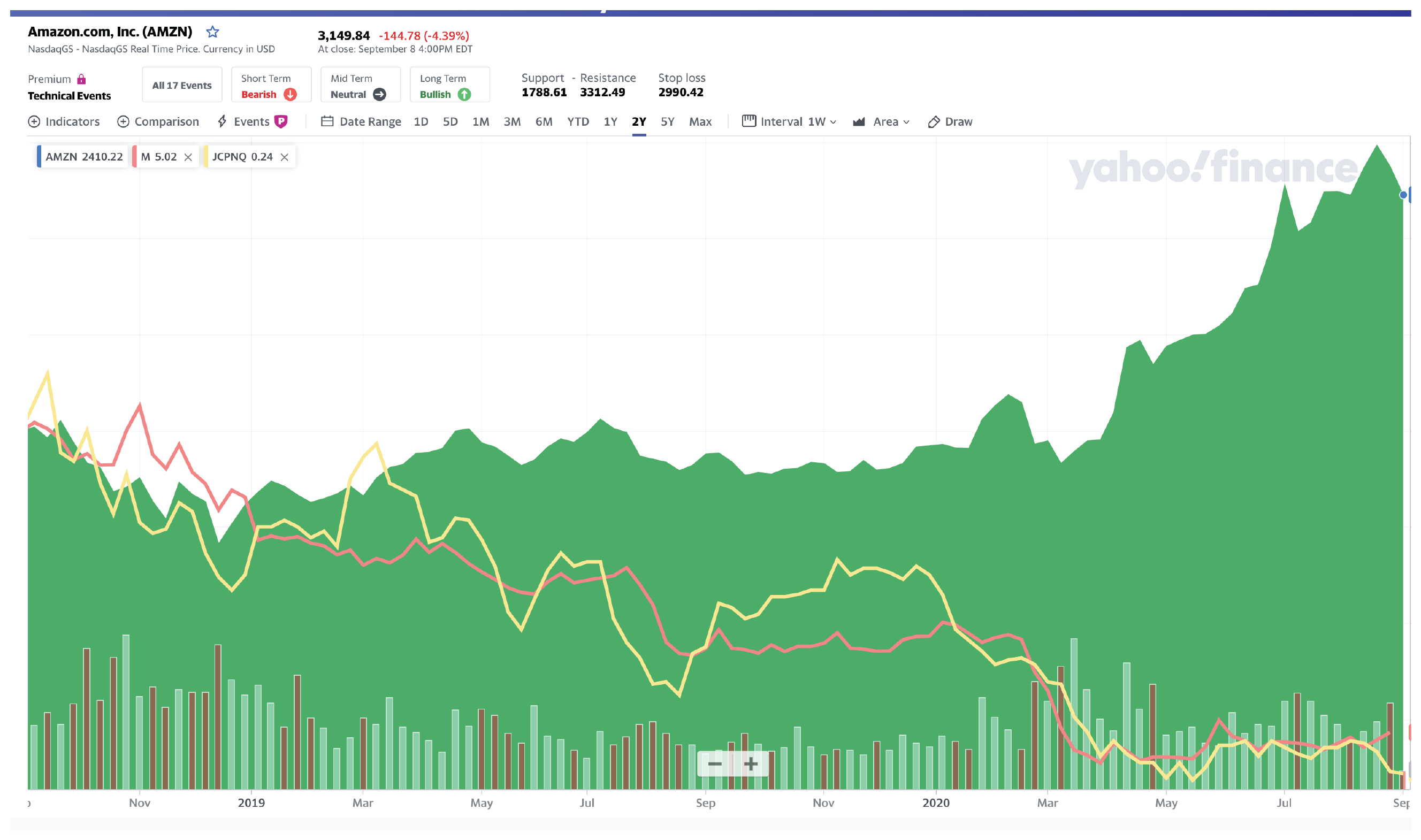 💷🤥 The Murderer, The Boy King & The Invention Of Modern Finance

When you look back at the history of money, you see long periods of time when everything is stable. Then there are these moments when everything just goes bananas and you see massive, dramatic changes in this really short period of time.

For example: John Law was a convicted murderer on the lam when he showed up in France in the early 1700s. In the space of just a few years, he created an entire modern economy — banks, paper money, a stock boom. (Also, he became one of the richest people in the world.)

The story of John Law tells us a lot about how finance still works — and also how it can blow up the world.

Simply stated, the Sukhomlinov Effect stipulates that in war victory goes to those armies whose leaders’ uni forms are least impressive. 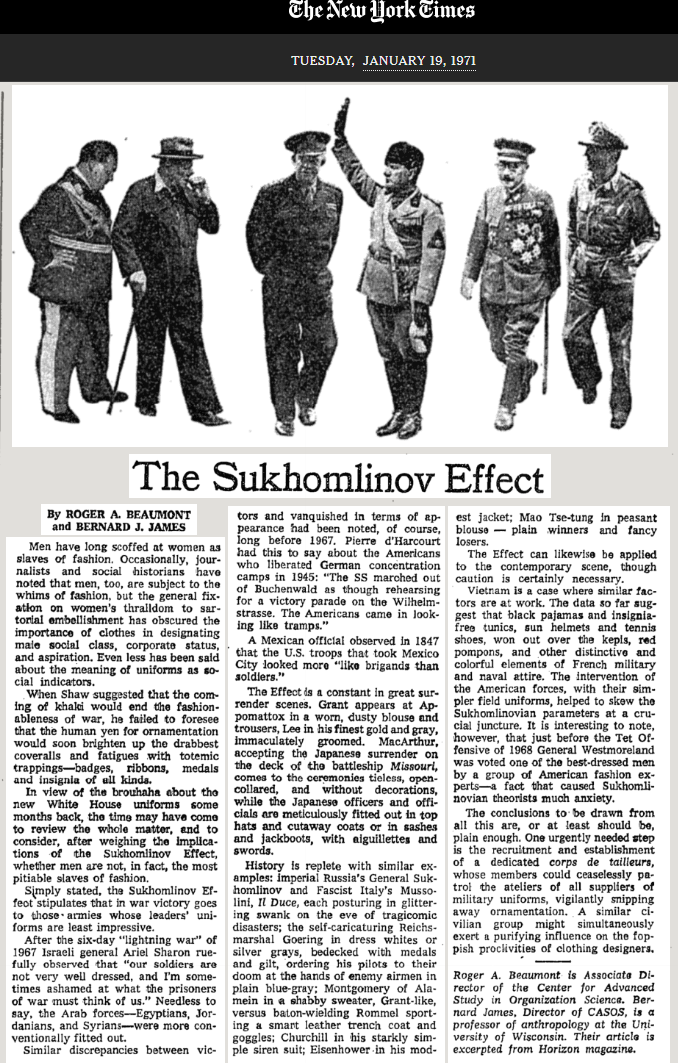 Unfiltered pictures of San Francisco at the moment look like shots from Denis Villeneuve’s Bladerunner 2049.

With the score from that movie added…the imagery is eerily uncanny.

Naval Ravikant is an Indian American entrepreneur and investor whose angel investment hits (of a total ~200 investments) includes Uber, FourSquare, Twitter and several other unicorns.

Here he has a conversation with Matt Ridley the author of The Red Queen and, recently, How Innovation Works. They cover many fascinating topics and uncover insights on Invention vs. Innovation, Individuals vs. Teams, Geographic Concentration of Innovation, Great Man Theory, Crypto, Political Fragmentation and Innovation, Automation, Innovation Famine, Filter Bubbles, Covid-19, his new book and much else.

“We are capable of making objects, even our simplest objects that are beyond the capability of one human mind to comprehend.”

“Unfortunately in 2020, the economists are building epidemic models and the epidemiologists are running the economy.”

We’ve featured Peter Turchin on these pages before; the cultural evolution and cliodynamics expert’s 2020 predictions and general analysis of the current political moment is currently some of the most interesting (and so far predictive & explanatory) current sociology. (See his 📚Ages of Discord)

This longread by Julius Krein called 📝“The Real Class War“, is an amazing companion-piece to Turchin’s analysis. It touches on some of what Eric Weinstein has been pontificating about (institutional sclerosis, boomers v the world etc) but offers a devastating and irreverant lens showing just how few emperors are donning any clothing at all. 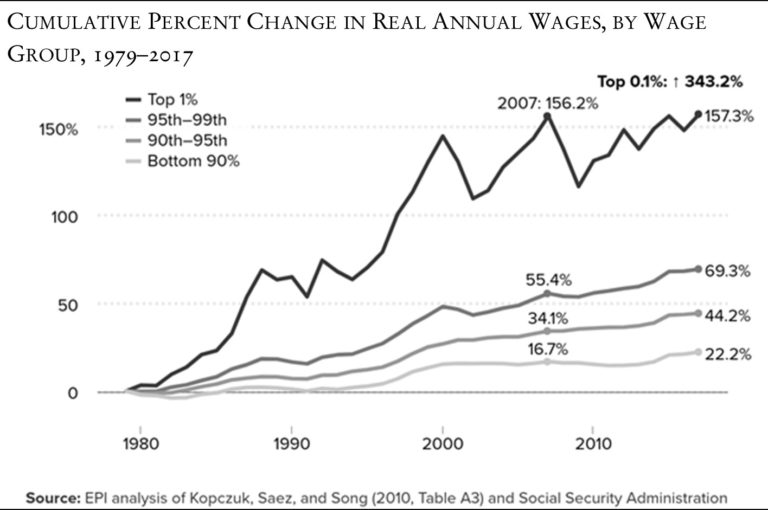 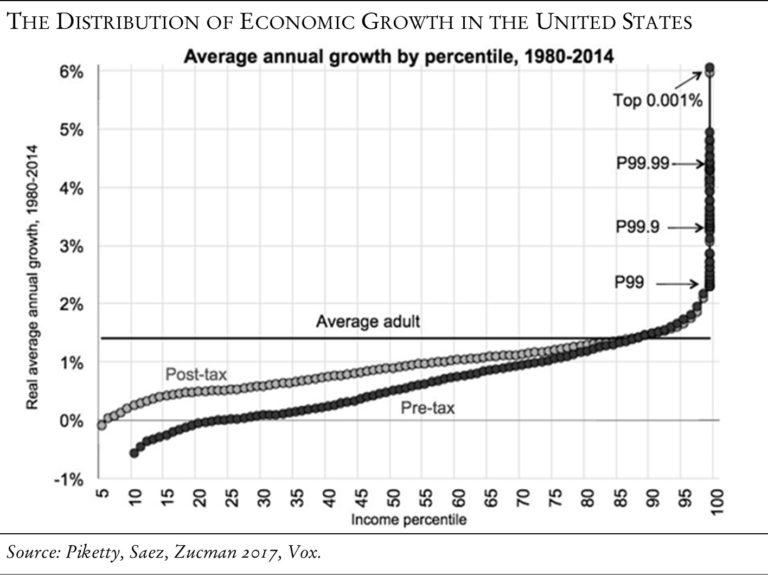 Western Europe and UK is headed back upwards. Spain is now matching the July peak in the US for new cases/day adjusted for population. 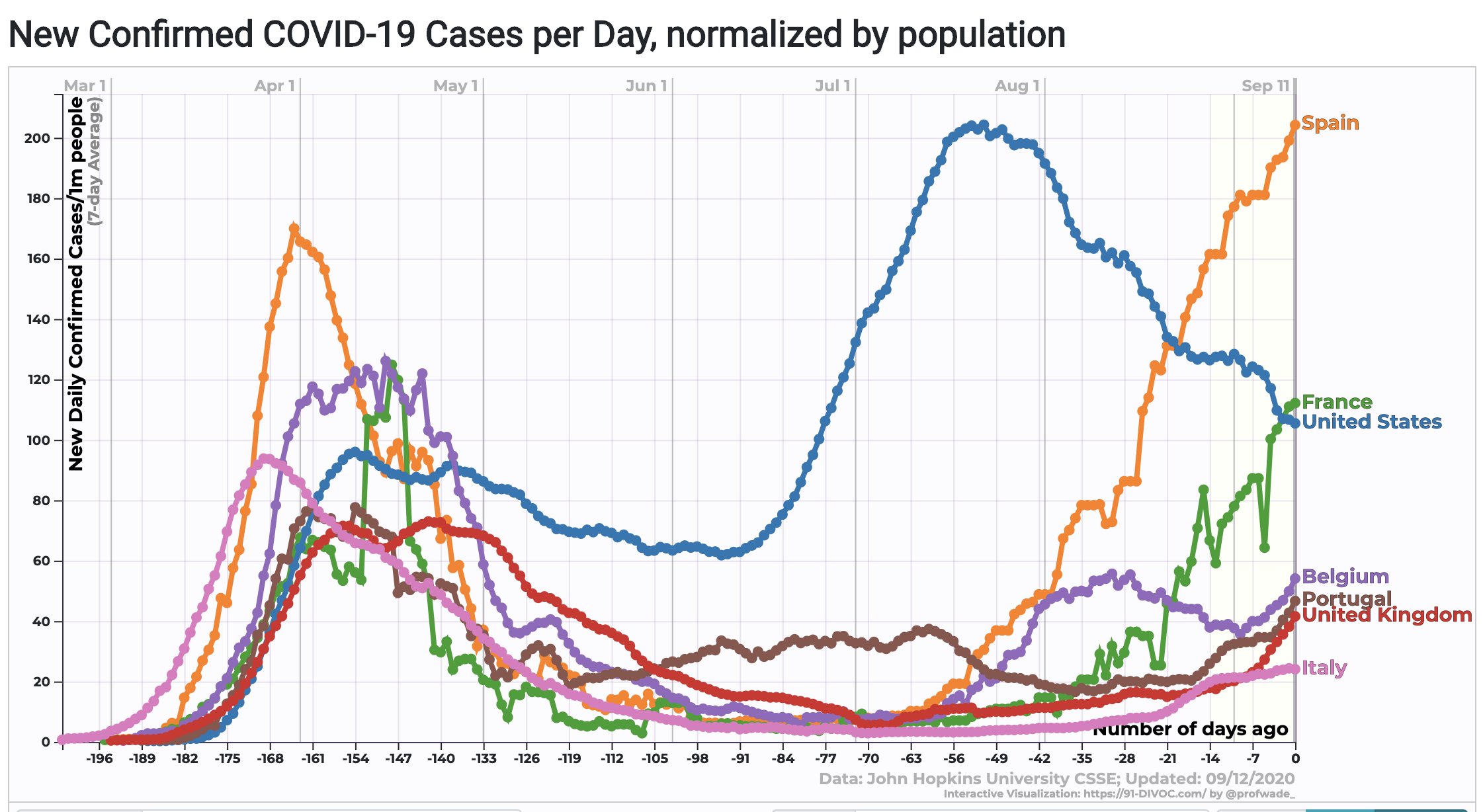 Herd immunity is a key concept for epidemic control. It states that only a proportion of a population needs to be immune (through overcoming natural infection or through vaccination) to an infectious agent for it to stop generating large outbreaks. A key question in the current COVID-19 pandemic is how and when herd immunity can be achieved and at what cost.

“no sterilizing immunity through cross-protection was evident during the SARS-CoV-2 outbreak on the Charles de Gaulle aircraft carrier, where 70% of the young adult sailors became infected”

As our understanding of the novel pathogen continues to evolve, and infection numbers march on - novel, longer-term, non-respitory effects continue to express; a fact which should see us continue to excercise requisite caution as we try to revive scarred economies.

The above references 📄this study published by THE LANCET which aims to identify the existence of potential brain micro-structural changes related to SARS-CoV-2. 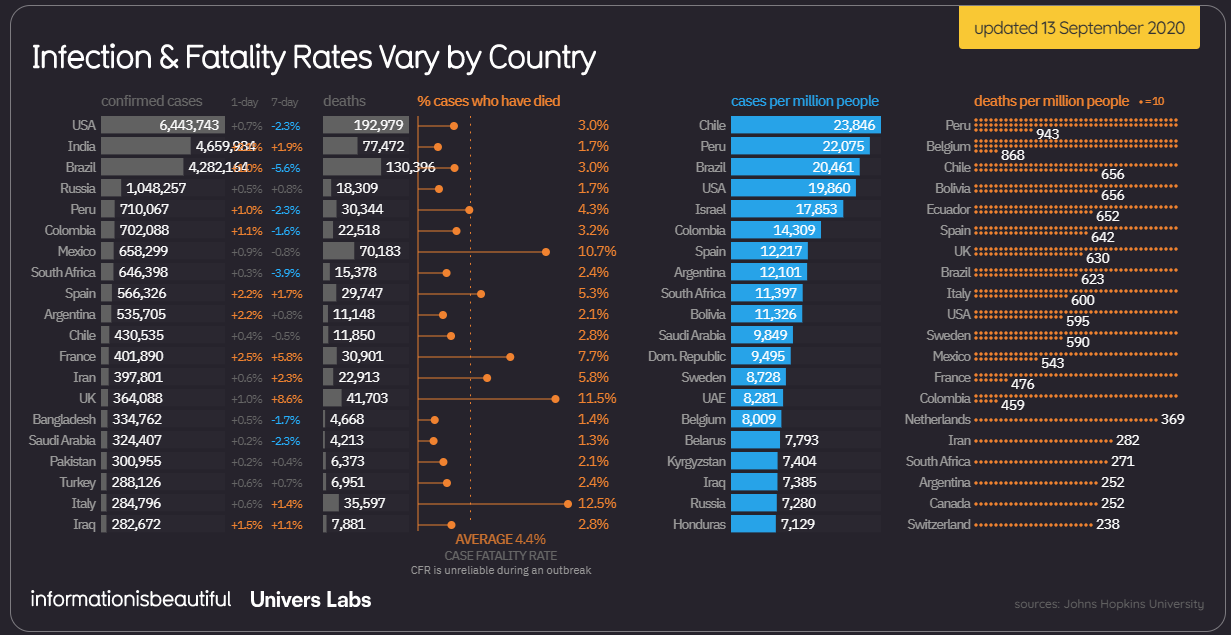 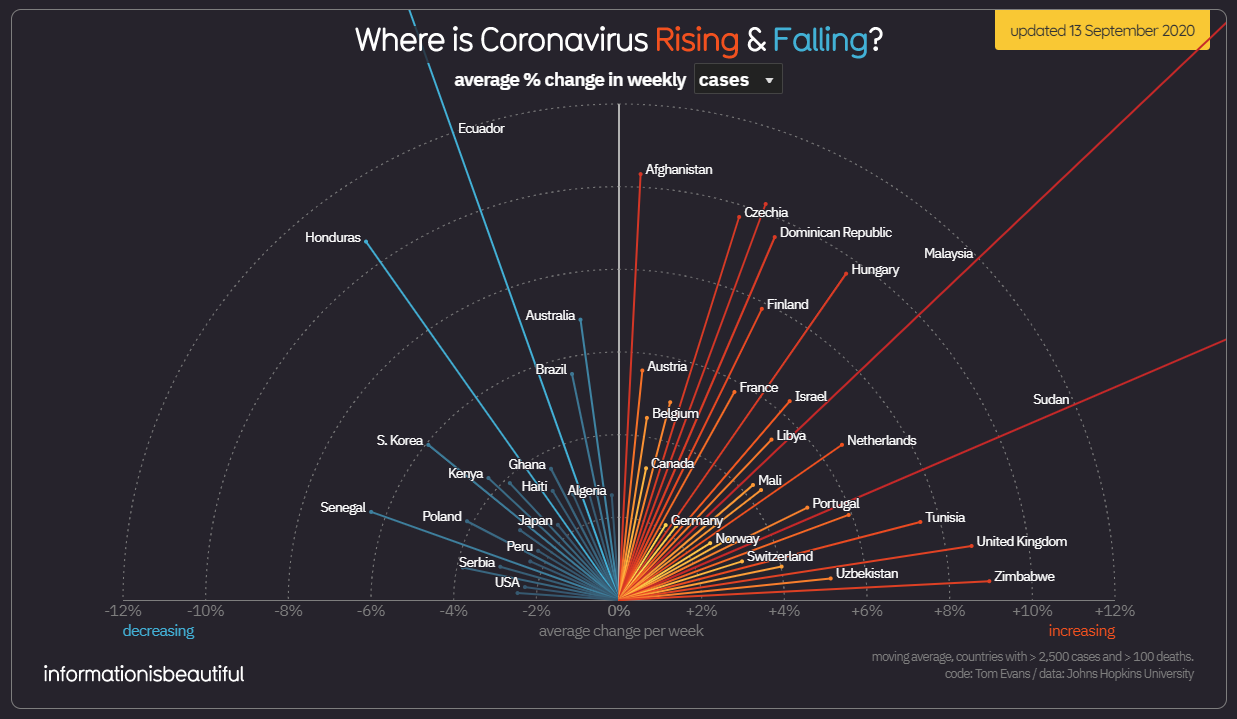 “Social order is not the result of the architectural order created by T squares and slide rules. Nor is social order brought about by such professionals as policemen, nightwatchmen, and public officials. Instead, says Jacobs, “the public peace—the sidewalk and street peace—of cities … is kept by an intricate, almost unconscious network of voluntary controls and standards among the people themselves, and enforced by the people themselves.”

― James C. Scott (Seeing Like a State: How Certain Schemes to Improve the Human Condition Have Failed) 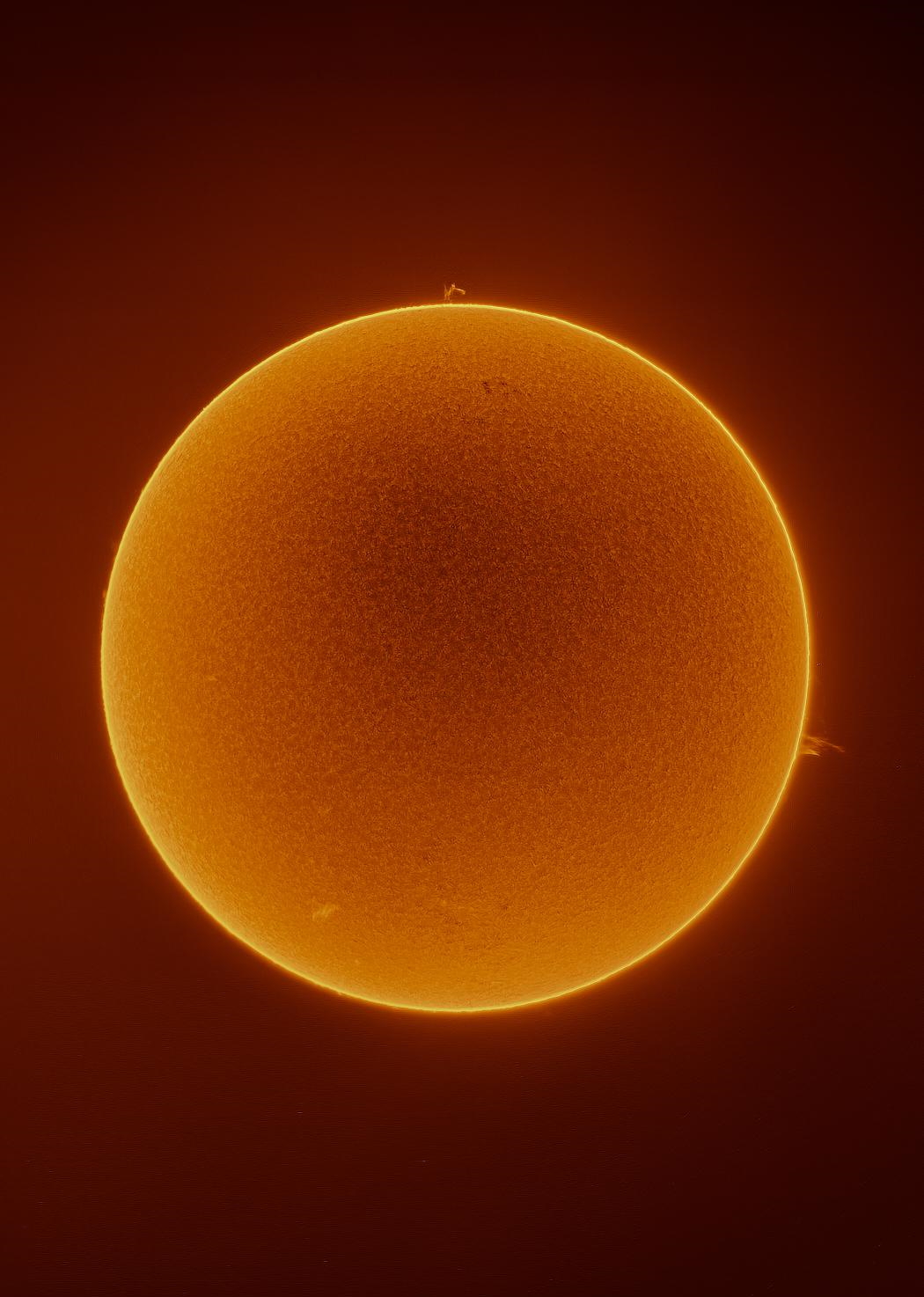 An animated short by Jake Nelson.

Synopsis: A privileged, young man falls in love with a wealthy woman and together they lead reckless lives of opulence in New York City. That is, until he finds something better.

A pictoral reminder that Canada signed Japan’s official surrender in the wrong place, forcing all subsequent parties to do likewise. A mistake of historical proportions… as they say. 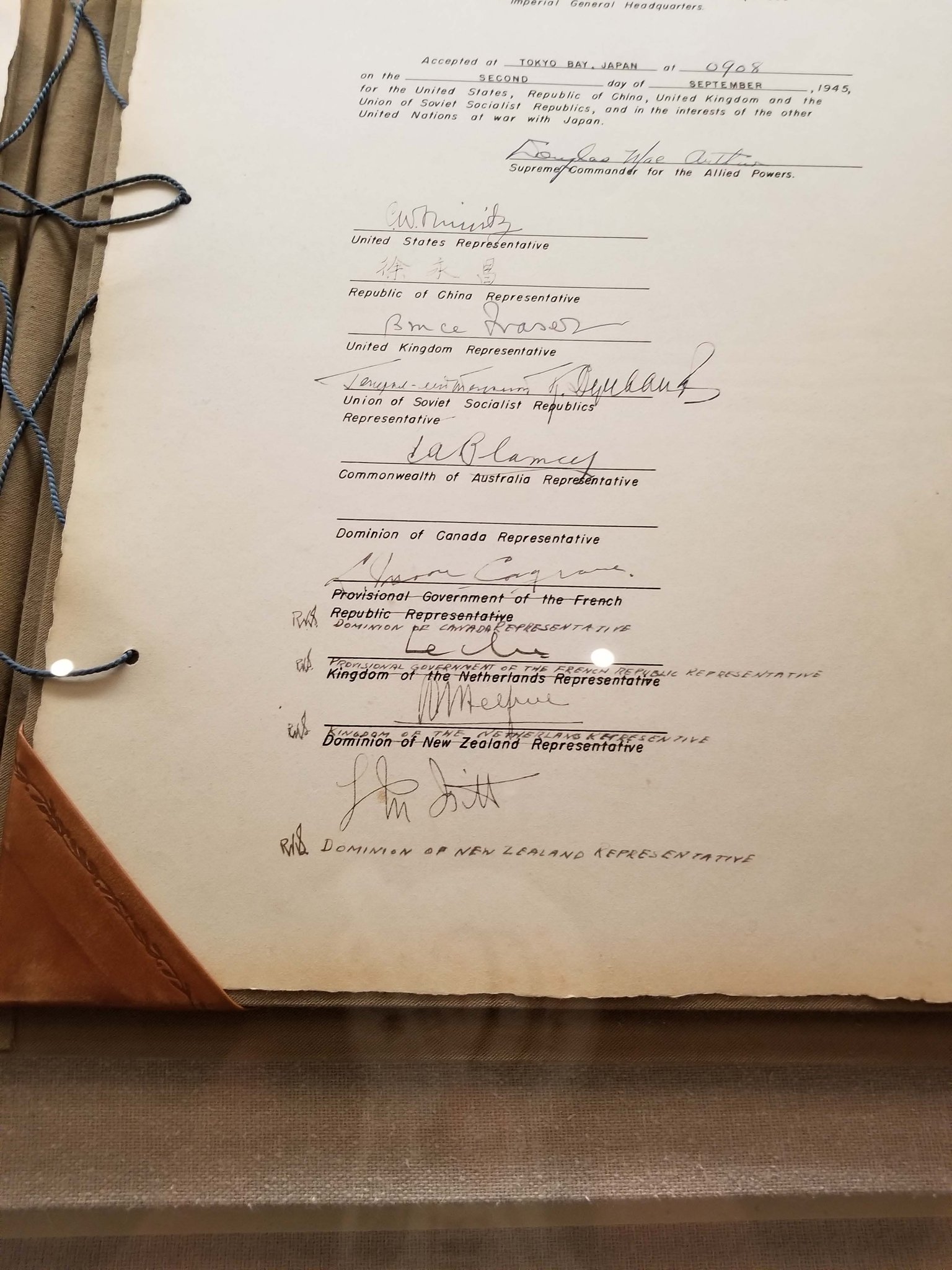