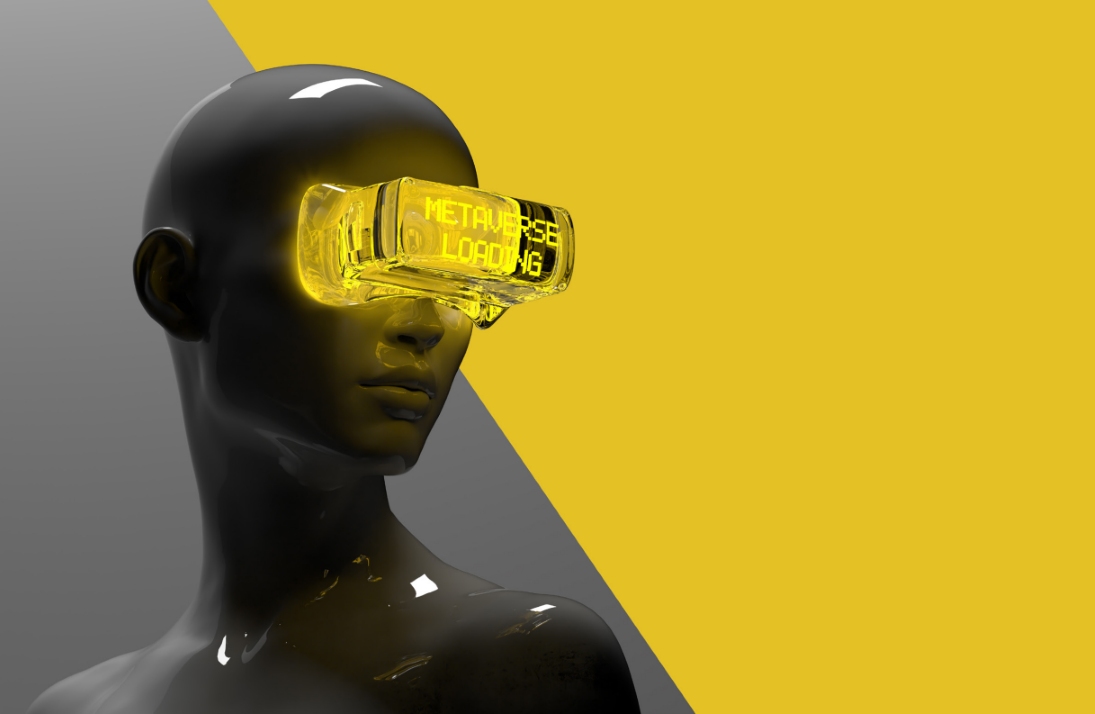 There’s alot to unpack as you can imagine - but here are a couple of callouts: 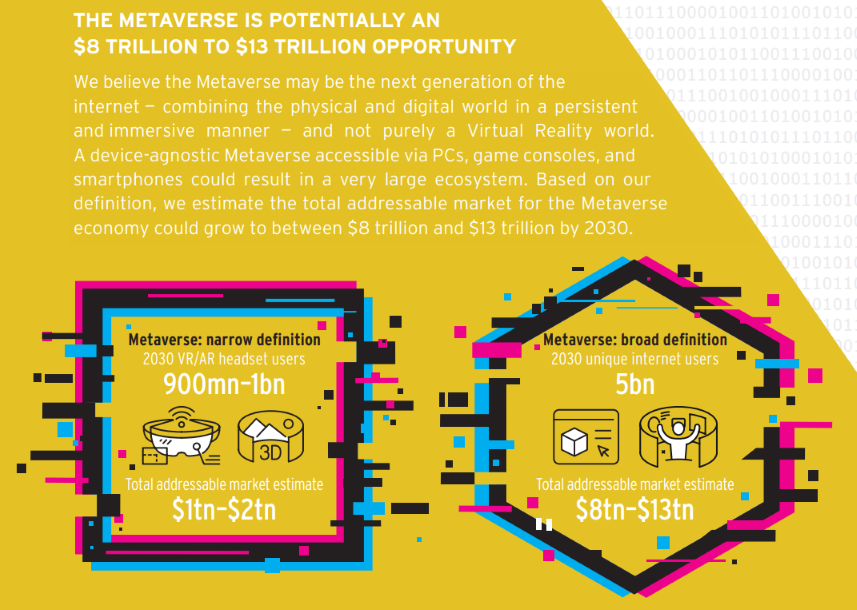 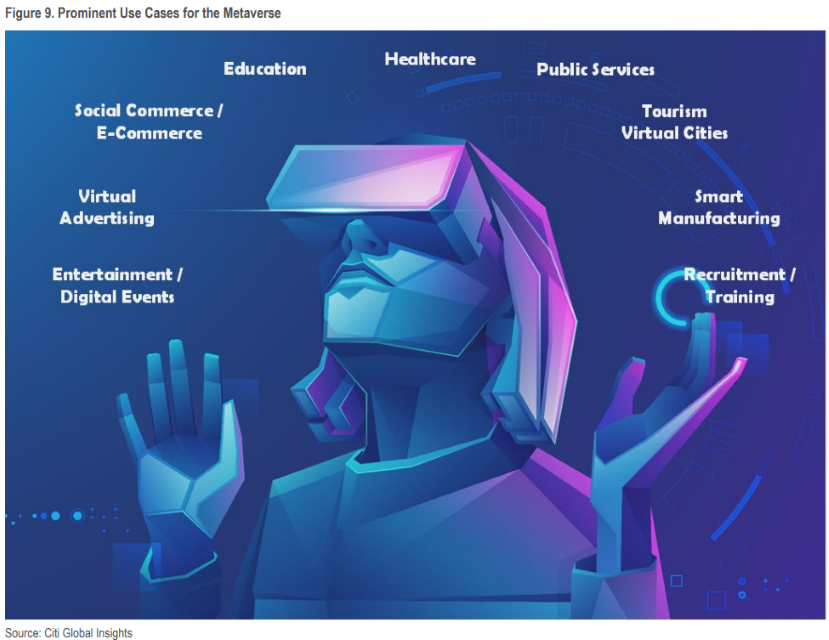 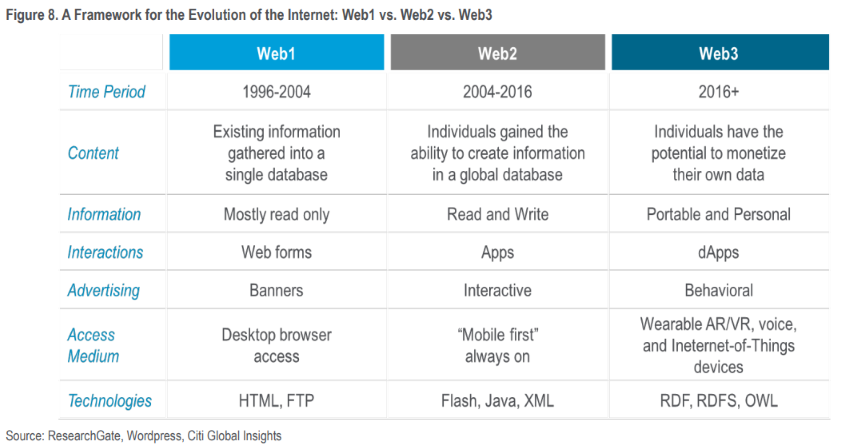 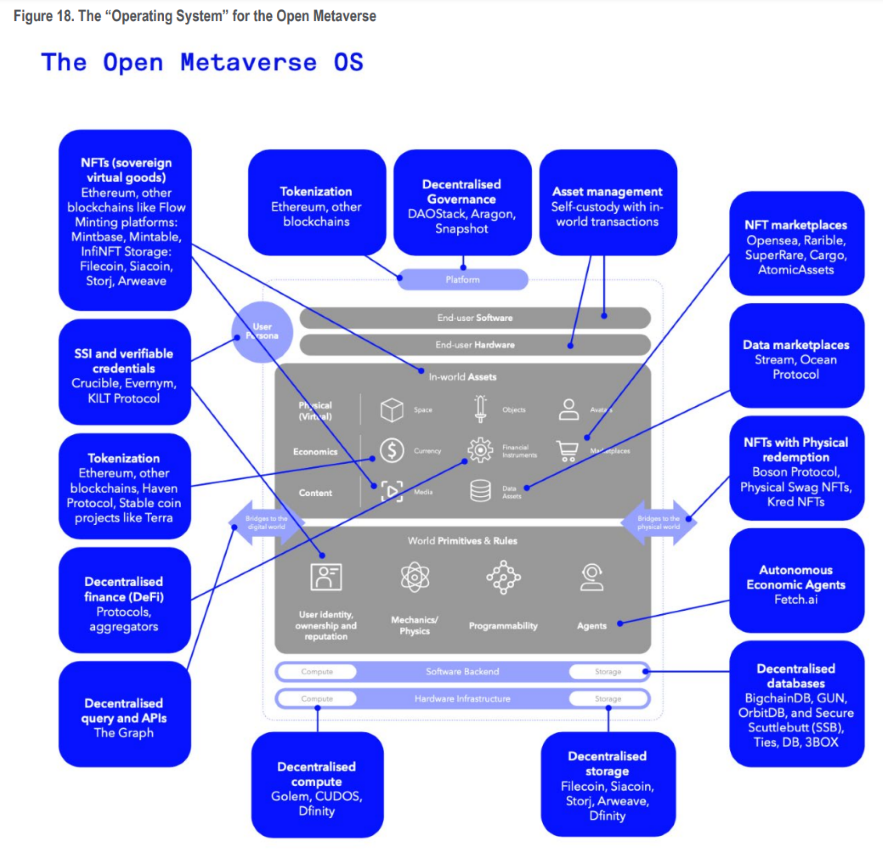 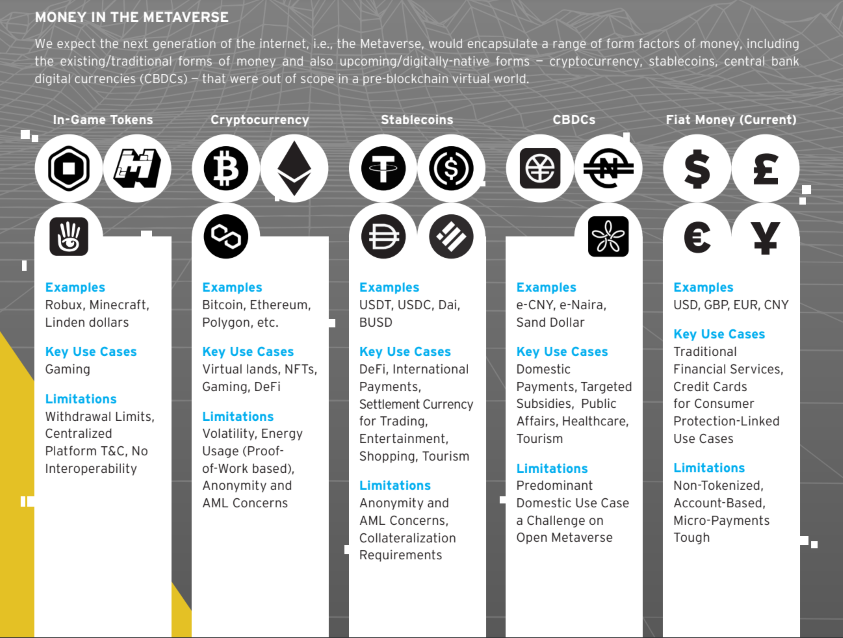 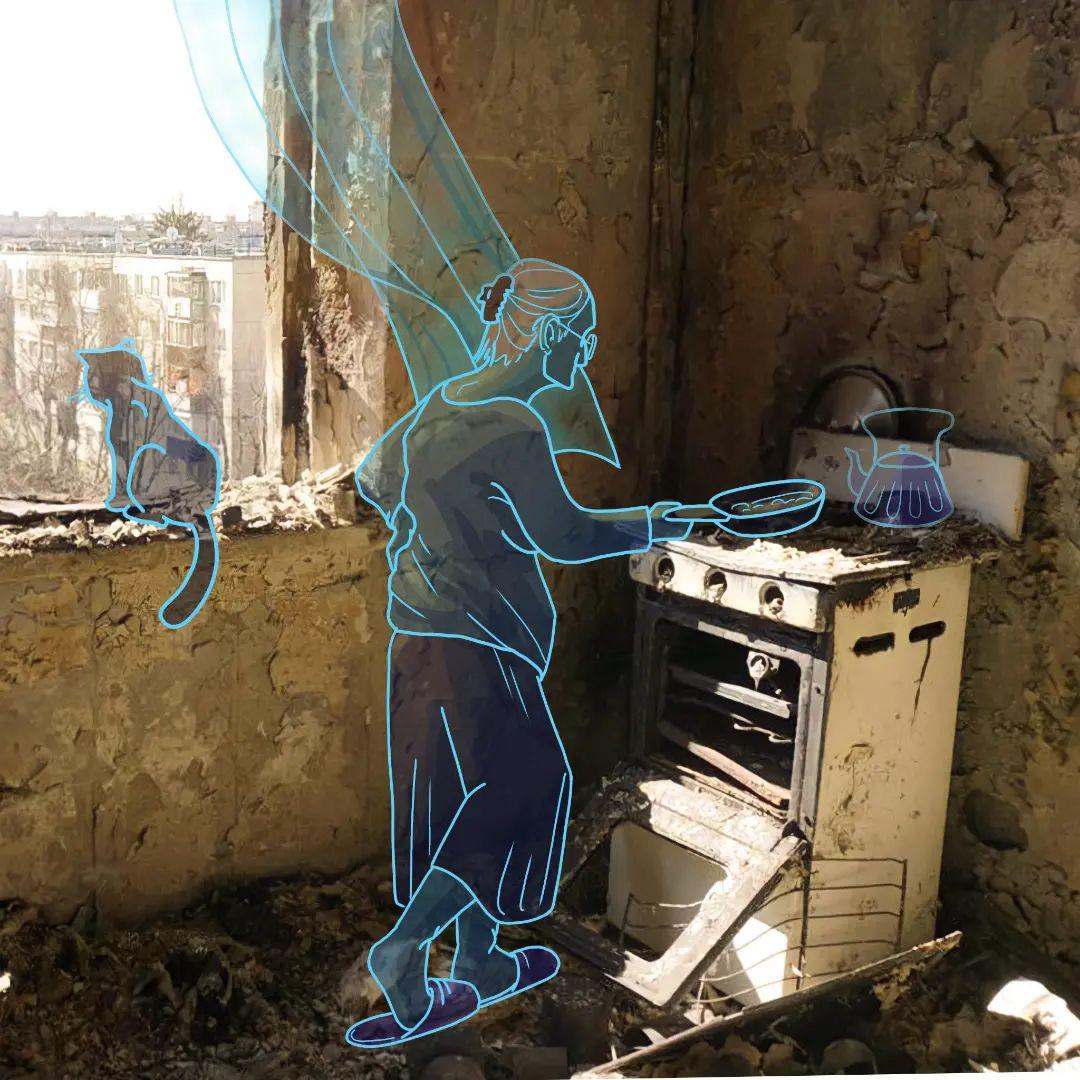 This is a video on the Cerdà Plan, which is the reason why there are so many octagons in the city of Barcelona.

In astrophysics and physical cosmology, Olbers’ paradox, named after the German astronomer Heinrich Wilhelm Olbers (1758–1840), also known as the “dark night sky paradox”, is the argument that the darkness of the night sky conflicts with the assumption of an infinite and eternal static universe. In the hypothetical case that the universe is static, homogeneous at a large scale, and populated by an infinite number of stars, any line of sight from Earth must end at the surface of a star and hence the night sky should be completely illuminated and very bright. This contradicts the observed darkness and non-uniformity of the night. 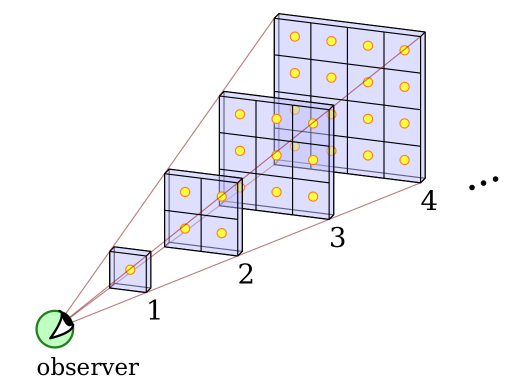 The darkness of the night sky is one of the pieces of evidence for a dynamic universe, such as the Big Bang model. That model explains the observed non-uniformity of brightness by invoking spacetime’s expansion, which lengthens the light originating from the Big Bang to microwave levels via a process known as redshift; this microwave radiation background has wavelengths much longer than those of visible light, and so appears dark to the naked eye.[citation needed] Other explanations for the paradox have been offered, but none have wide acceptance in cosmology.

A drone fly-through inside Tesla’s newly-opened Giga Berlin-Brandenburg factory stamping machines, giving us an up-close view of the process.

Interview on the LARB about how “the internet has lost its way and taken society with it.”

Since the mid-2010s, we hear warnings of “dis/misinformation.” We hear about the loss of trust in our institutions and the need to reinvent them for the internet age. In short, we are living in a “crisis moment” — one ironically experienced by many of us while stuck at home.

Many have diagnosed these symptoms and proposed policy solutions, but few have done the hard work of rummaging around in the internet’s history to find the roots of the problems — and almost none have taken a truly long view. In The Internet Is Not What You Think It Is, Justin E. H. Smith, a philosopher and historian of science, argues that we’ve been much too narrow-minded in our understanding of the internet. In presenting a longue durée history, he challenges our assumptions about what the internet is and what we’re doing when we’re on it. Only by understanding the internet’s long history — by understanding the circumstances in which the internet’s many parts were conceived — can we, he claims, take back control of our lives and shape the internet in a way more conducive to human flourishing.

📰The Internet Is Not What You Think It Is: A History, A Philosophy, A Warning

Probably best renamed to “The British and Irish Isles” to avoid inadvertent fighting words. That said this infographic breaks down exactly what’s happening on them islands and their groupings. 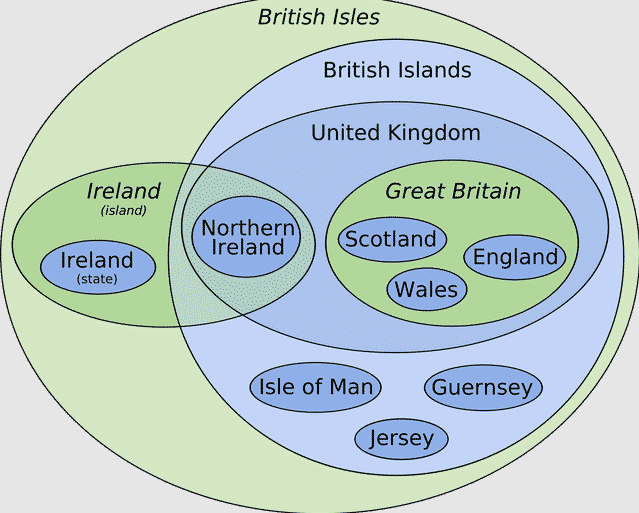 Global wealth inequality in 2021 visualized by comparing the bottom 80% with increasingly smaller groups at the top of the distribution. Top 1% > Bottom 80% in much of the world including the most popululous nations. One of the best big-budget directors working today is shooting yet another film on large-format 70mm IMAX film. The subject is The Manhattan Project and the movie will follow the key individual behind that project J. Robert Oppenheimer. 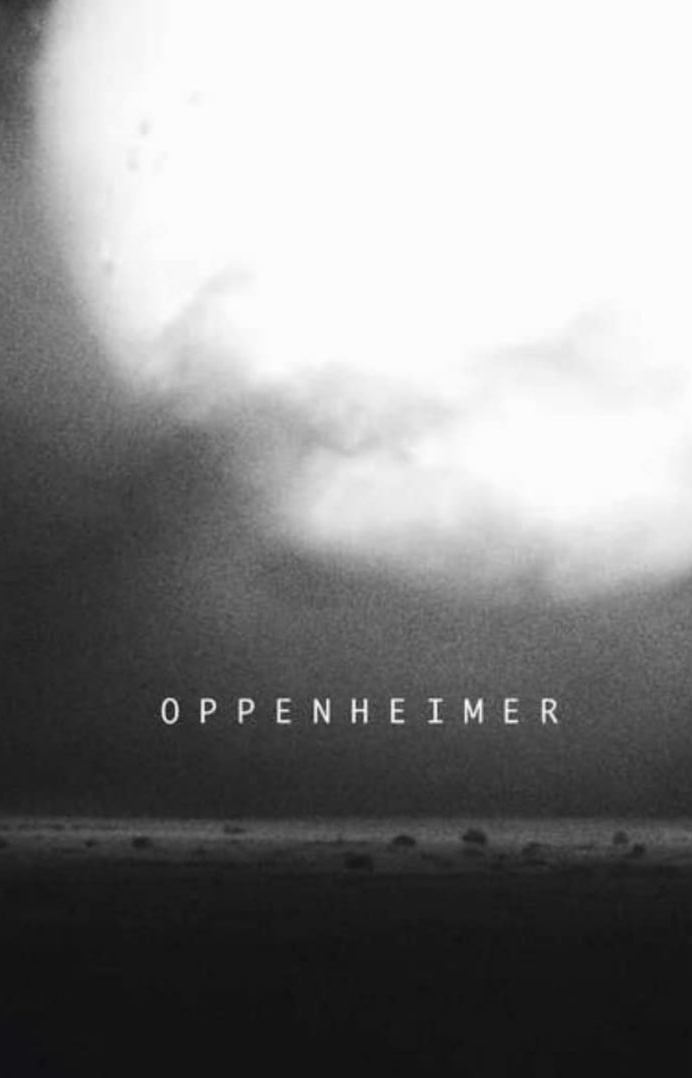 This was of course, the development of the nuclear bomb. The success of which moved Oppenheimer to quote the Bhagavad Gita and dub himself “The Destroyer of Worlds”.

Robert Cottrell and Caroline Crampton revisited a 1957 essay by an “Atomphilosoph”, or “nuclear philosopher”, in light of events in Russia and Ukraine.

In “Commandments in the Atomic Age”, Günther Anders argued that the world doesn’t spend enough time being afraid of its end. “Don’t be a coward. Have the courage to be afraid,” he said. We should know that a catastrophe may come and not be crushed by the possibility

With these in mind I wanted to highlight extraordinary Blitz episode from the inimitable Dan Carlin from Hardcore History fame. It’s Blitz almost in name only given even though this is the shorter format - it still comes in at audiobook-length, weighing in at 6 hours. 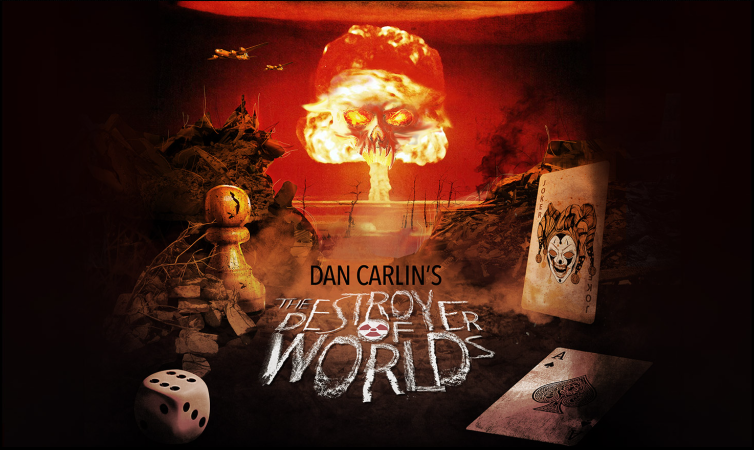 What happens if human beings can’t handle the power of their own weaponry? This show examines the dangerous early years of the Nuclear Age and humankind’s efforts to avoid self-destruction at the hands of its own creation.

arXiv has been a great preprint research resource for decades, and for me personally, was an invabluable source of excellent information in the early and middle parts of the c19 pandemic through the course of 2020 and 2021. 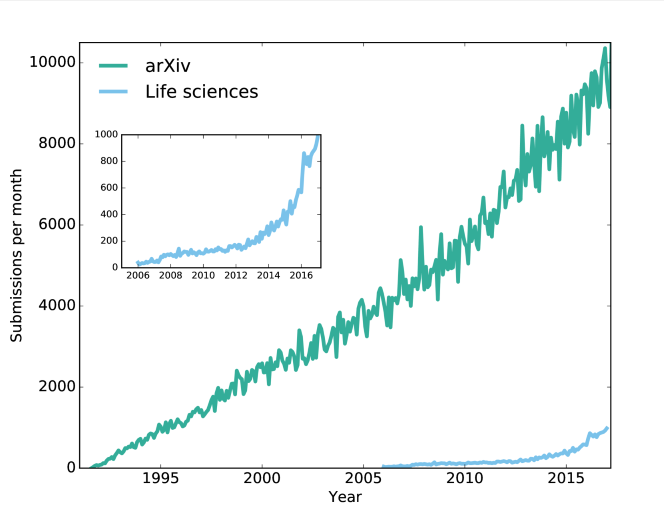 It’s had the LaTeX typesetting and document prep system at it’s heart from the beginning, over and above being a place for academic collaboration and information sharing. After remaining fairly static for many years it’s about to undergo some substantial changes - all of which are positive. This context and future of the platform are outlined in this post - abstract below:

The arXiv is the most popular preprint repository in the world. Since its inception in 1991, the arXiv has allowed researchers to freely share publication-ready articles prior to formal peer review. The growth and the popularity of the arXiv emerged as a result of new technologies that made document creation and dissemination easy, and cultural practices where collaboration and data sharing were dominant. The arXiv represents a unique place in the history of research communication and the Web itself, however it has arguably changed very little since its creation. Here we look at the strengths and weaknesses of arXiv in an effort to identify what possible improvements can be made based on new technologies not previously available. Based on this, we argue that a modern arXiv might in fact not look at all like the arXiv of today.

📝The arXiv of the future will not look like the arXiv

S&P forecasting a -22% fall for russian GDP this year. And it could get even worse. Russia being sent back economically a decade or two. 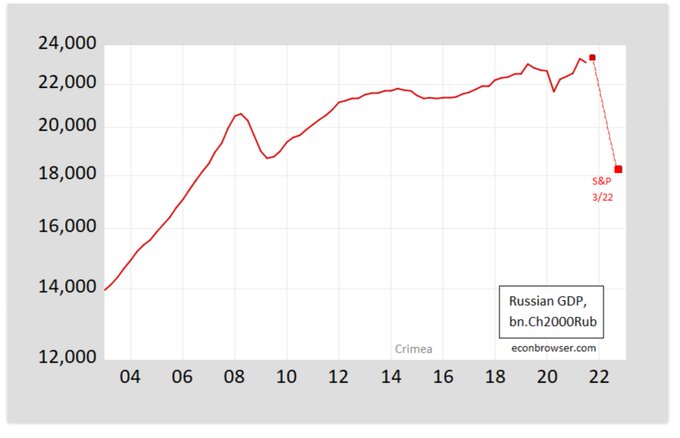 Interestingly the ruble itself has erased almost all of the losses it experienced during the conflict, closing near pre-war levels at the end of this week. Pushing for russian oil to be purchased using the currency and other policy changes are clearly having an effect. 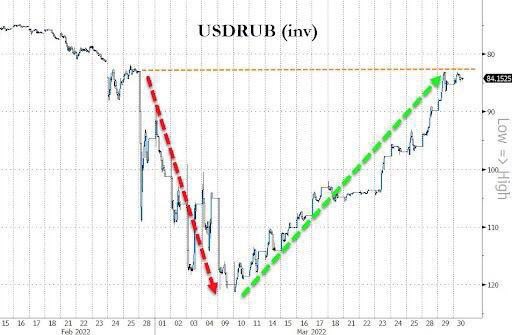 Western awareness of Chinese leaders follows a power law. Everyone knows of Xi Jinping. Some know of Li Keqiang. Almost nobody knows of Wang Huning. But Wang may yet prove the most consequential figure of his political generation. He is portrayed here as the deep thinker behind Xi’s shift away from market liberalism and back towards “traditional” Communist and Confucian values.

📰Wang Huning and the Power of Chinese Culture

Twinkle, twinkle farthest star ⭐@NASAHubble just smashed records by observing the farthest individual star ever seen. Its light took 12.9 billion years to reach us—so we're seeing how it looked when the universe was less than a billion years old!

This extraordinary new benchmark detected light from a star that existed within the first billion years after the universe's birth in the big bang.

The galaxy cluster WHL0137-08 — seen as all the fuzzy galaxies in this Hubble image — is massive, and its gravty acts like a lens, magnifiying the brightness of a much more distant galaxy. In that galaxy is the star Earendel (arrowed in the inset), the farthest star ever see 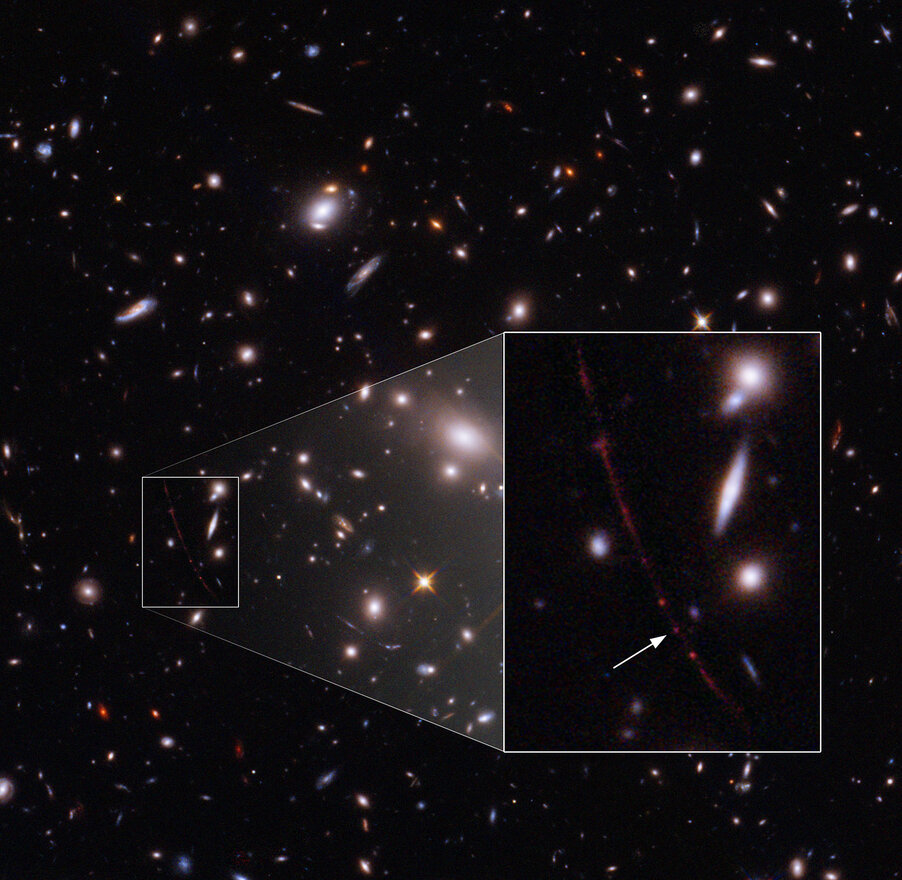 The farthest star ever seen: Nicknamed Earendel, it’s in a galaxy 12.9 billion light-years away. The image of the galaxy is distorted by the gravity of an intervening galaxy cluster, which also duplicates and magnifies faint objects.. The dashed line is the critical curve, where this gravitational lensing is strongest; Earendel lies almost right on top of it. 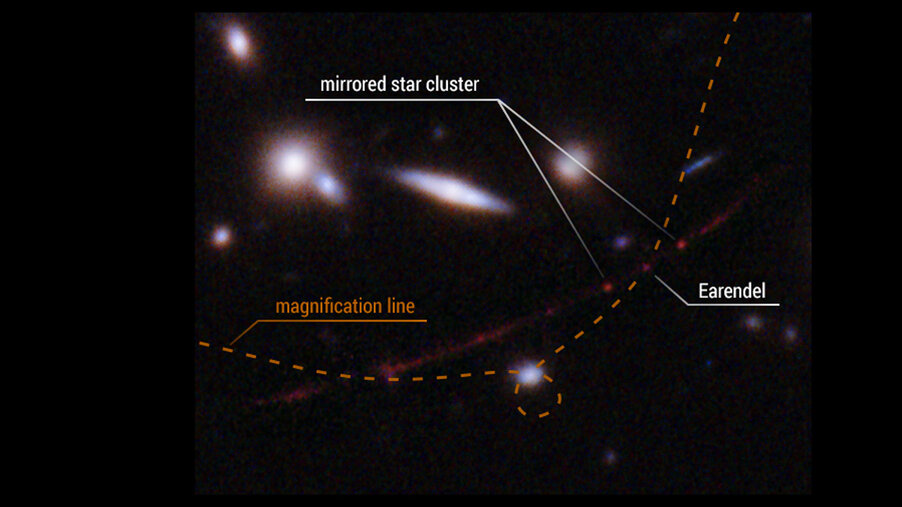 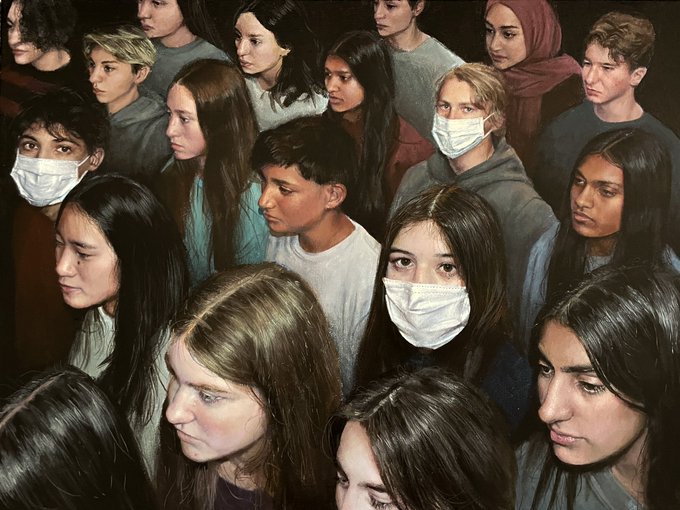 A healthy man wants a thousand things, a sick man only wants one

Are you able to see the hidden number? 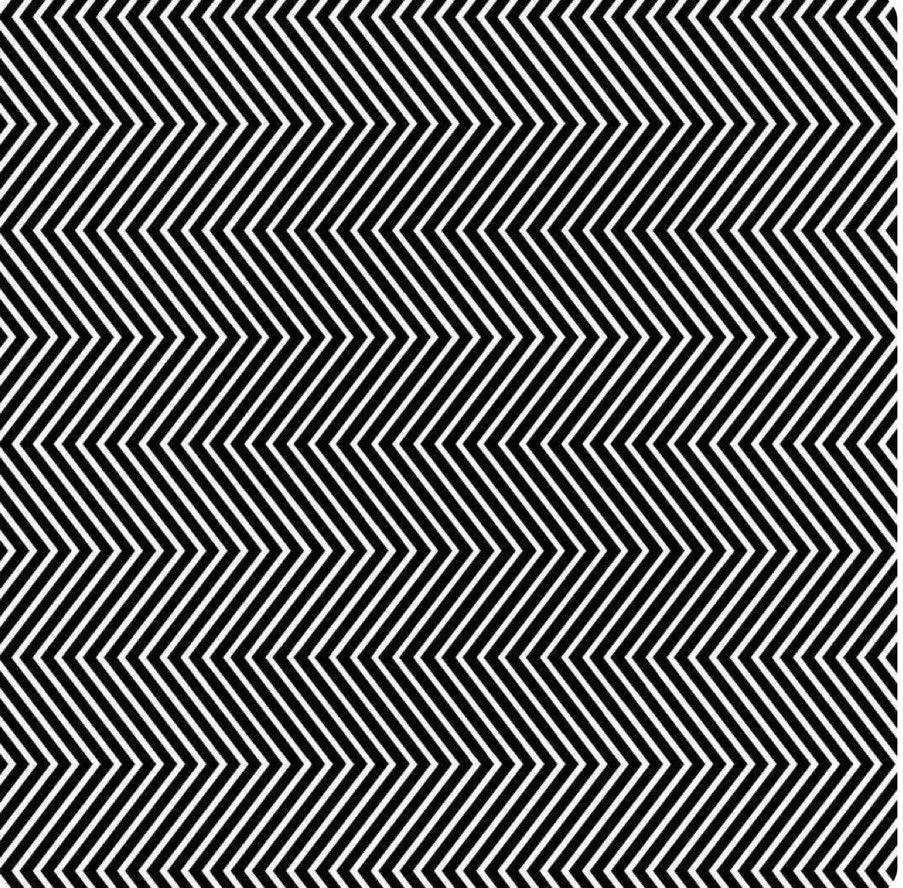