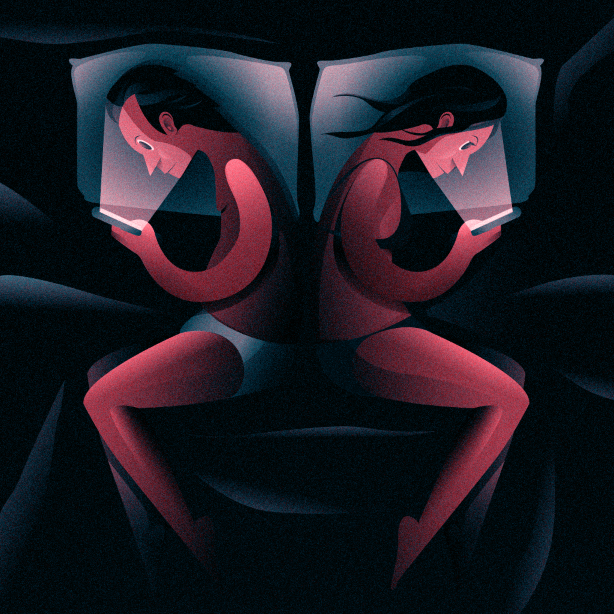 With +125% YoY quarterly growth, Africa is the only continent not to record a significant YoY contraction this quarter.

Investor, entrepreneur and developer Nat Friedman has a pretty succint couple of beliefs which he lays out on his page nat.org 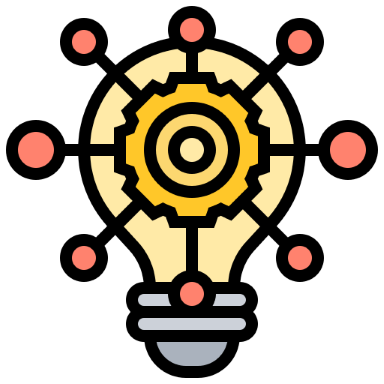 As human beings it is our right (maybe our moral duty) to reshape the universe to our preferences:

It’s important to do things fast:

The efficient market hypothesis is a lie:

We know less than we think:

The cultural prohibition on micromanagement is harmful:

Where do you get your dopamine?:

You can do more than you think:

Tadeusz Giczan highlighted an interested correlation in a recent poll on Austrian attitudes to the current Russian<>Ukraine war. 📰The poll basically found that the most vaccinated Austrians believe Russia is responsible for the war in Ukraine, while the unvaccinated mostly blame the US and NATO. 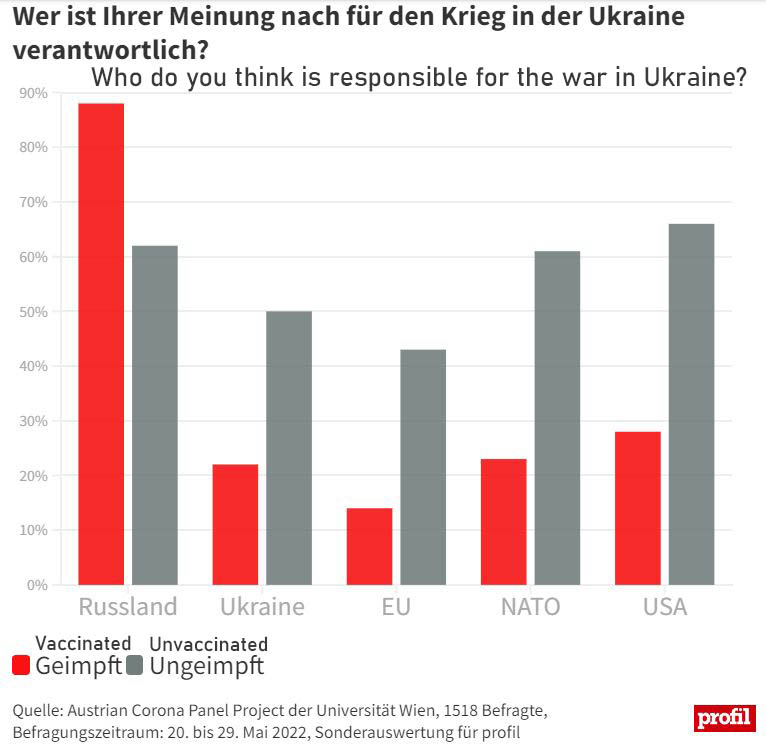 Somehow it isn’t surprising and has a few noteworthy culture war vectors associated with it.

Tangentially, Image Comics have been publishing a graphic novel series called The Department of Truth, which I happened upon over the weekend. Volume 1 is freely avaiable and worth a squizz.

📰The Department of Truth Vol. 1: The End of the World 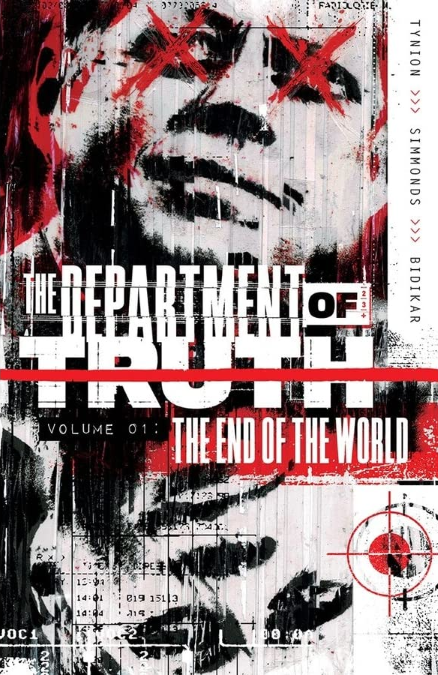 After decades of decline, world hunger is rising again, hopefully this is just temporary due to COVID and Ukraine. 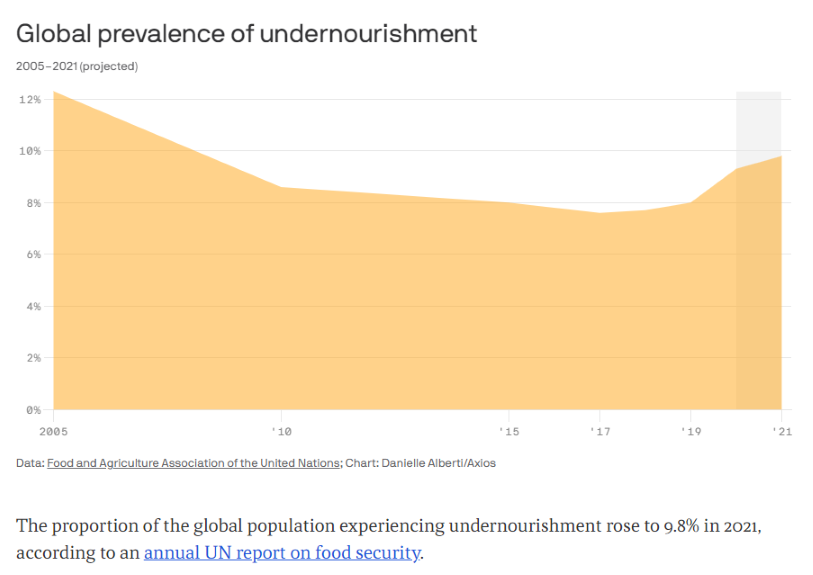 📰After long-term decline, global hunger is on the rise

On the subject of food, Veritasium did a deep-dive profile of Fritz Haber who he consideres the scientist who arguably most transformed the world.

Fritz Haber was a German chemist who received the Nobel Prize in Chemistry in 1918 for his invention of the Haber–Bosch process, a method used in industry to synthesize ammonia from nitrogen gas and hydrogen gas. This invention is important for the large-scale synthesis of fertilizers and explosives. - Wiki 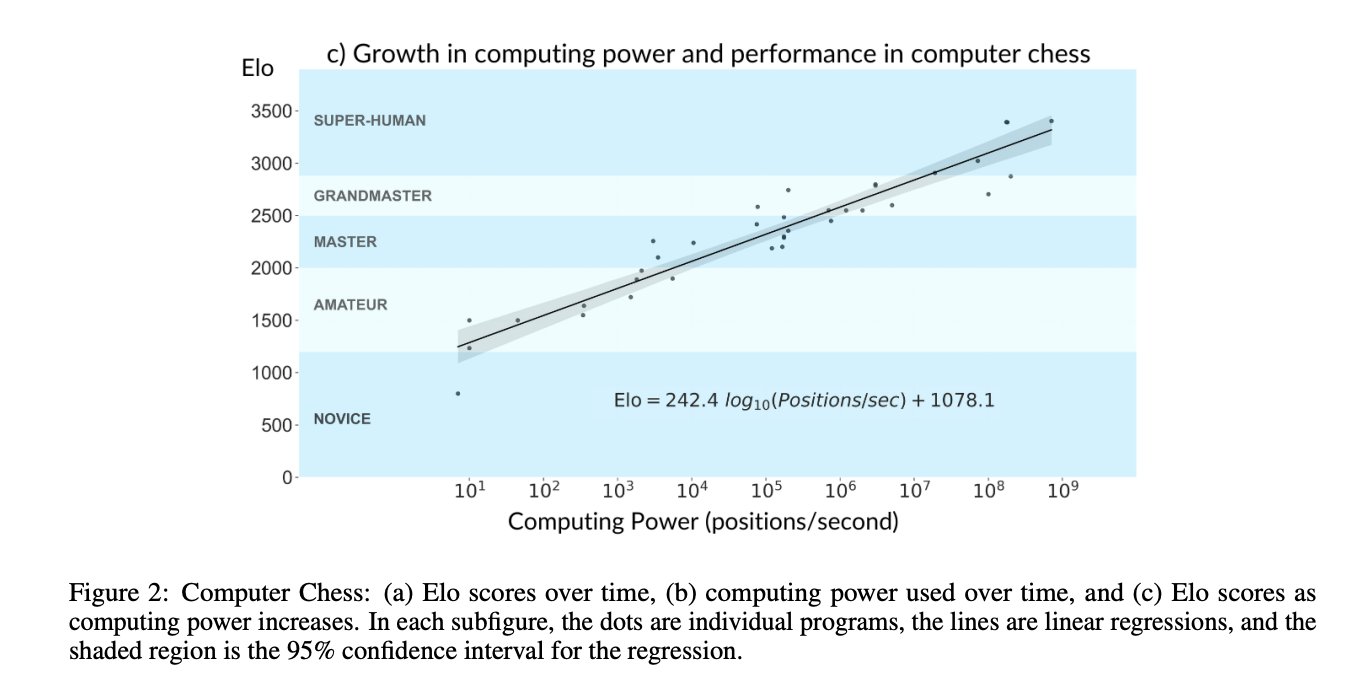 Armando di Matteo did point out that in the case of chess, Elo ratings are logarithmic (400 points is one order of magnitude) so the computing power required for a given performance is super-linear but sub-quadratic, so the paper’s implications are slightly ameliorated iro chess.

Ben Evans and Toni Cowan-Brown chat on the aplty-named Another Podcast.

Five years ago AI was everything, but attention moved on (Metaverse! Crypto!) and ‘Applied AI’ became useful but boring. Now things like DALL-E look cool, but what are they useful for? What’s the second wave?

On the subject of AI though, Demis Hassabis whose fantastic discussion with Lex Fridman we highlighted a couple of weeks ago - 📝recently announced the public and free release of AI-predicted structures for nearly all catalogued proteins known to science; which will expand the AlphaFold DB by over 200x - from nearly 1 million structures to over 200 million structures - with the potential to dramatically increase our understanding of biology. 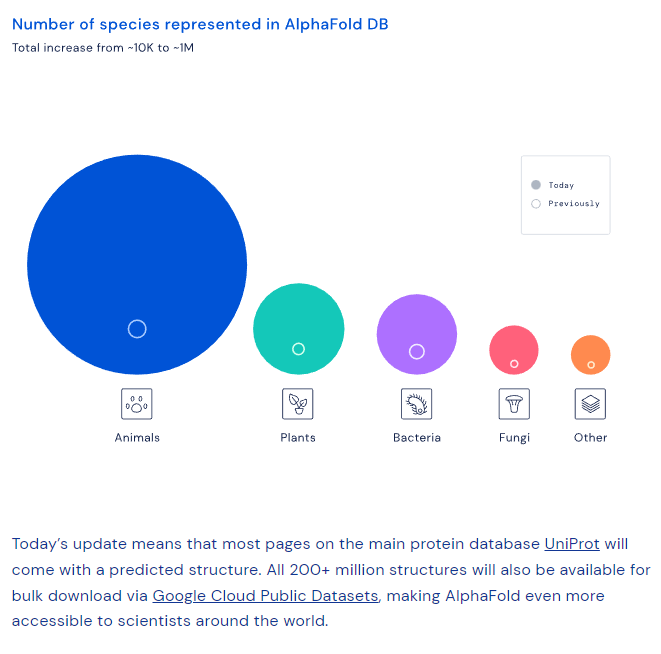 “AlphaFold is the singular and momentous advance in life science that demonstrates the power of AI. Determining the 3D structure of a protein used to take many months or years, it now takes seconds. AlphaFold has already accelerated and enabled massive discoveries, including cracking the structure of the nuclear pore complex. And with this new addition of structures illuminating nearly the entire protein universe, we can expect more biological mysteries to be solved each day.” - Eric Topol, Founder and Director of the Scripps Research Translational Institute 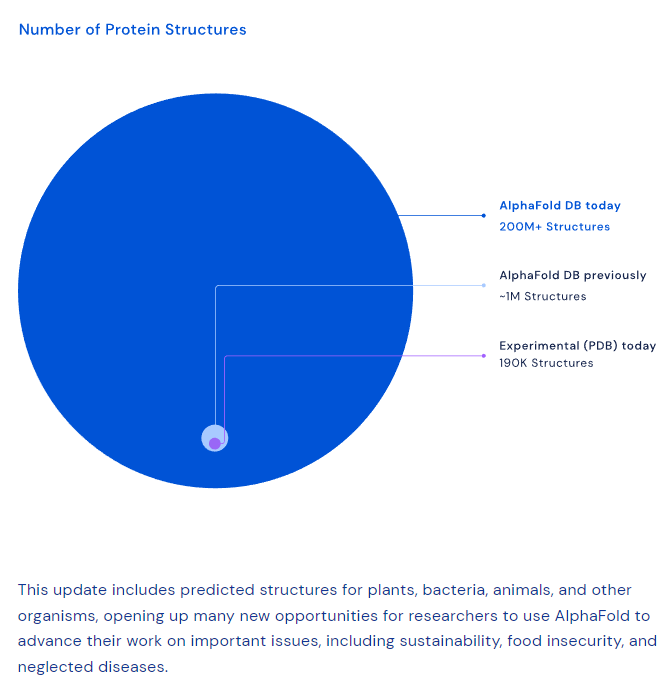 Regarding slightly lighter AI fare, someone created this image by prompting DALL-E2 to extend Michaelangelo’s creation of Adam.

This was made using the DALLE-2 neural network to extend Michaelangelo's creation of Adam. pic.twitter.com/sIfTEjXgwO

Those instagram foodie pics are also now being given a serious run for their money with Max Woolf highlighting the results of promt engineering during the model in food photography. His writeup is well worth reading, however here are a couple of examples. 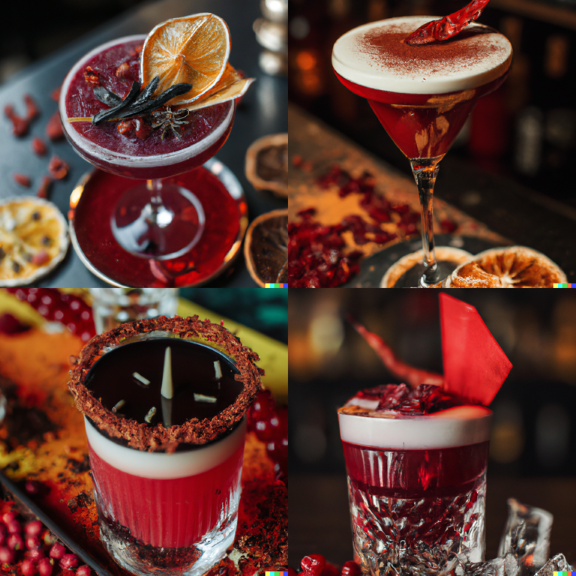 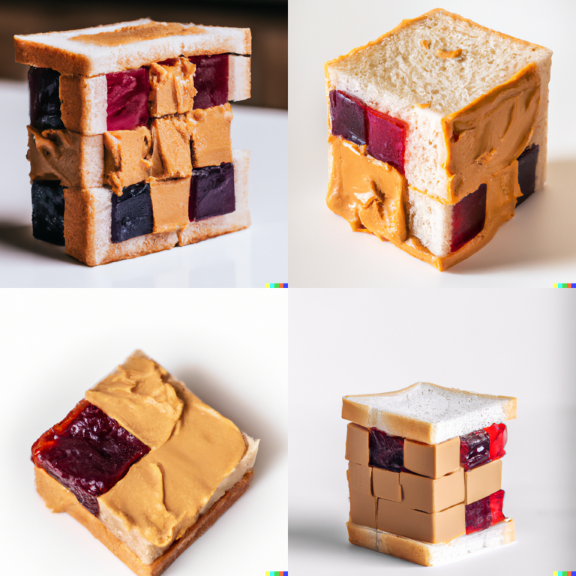 a peanut butter and jelly sandwich in the shape of a Rubik’s cube, professional food photography 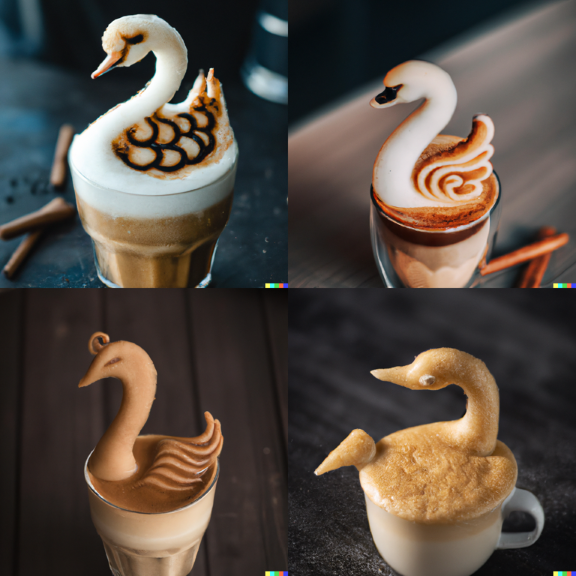 A Frappuccino in the shape of a swan, professional food photography

And regarding said prompt engineering. If you’ve gotten access to the DALL E2 model, which should be more possible now given they’ve vastly extended access during the live beta - Guy Parsons has 📚put together a prompt guide book to help get the most out of the model. OpenAI are now allowing the results to be commercialised…FYI.

It's full of useful prompt terminology and adjectives from photography, film, illustration, design and art history – a great place to start any #AIart project with #DALLE2. pic.twitter.com/jAxeqlstqW

Trung Phan who has quite an interesting Twitter feed and hosts an 📝informative newsletter on Substack interviews the fascinating Ted Gioia about The history of music innovation, Silicon Valley vs. Hollywood and alot more on this video pod.

Ted Gioia is a leading music historian and author of 11 books including “The History of Jazz” and “Music: A Subversive History”. He combines his cultural expertise with an extensive business background as a strategy consultant and Stanford MBA.

He also writes an incredibly 📝insightful Substack and is also active on social media here: @TedGioia

Coming from quite a creative family, Ted’s brother Dana is also an incredibly prolific poet and just as astute from a business perspective - along with having polymathic aspirations and attainments. His discussion with Russ Roberts on EconTalk last year still holds up.

Poet and author Dana Gioia talks about his book Studying with Miss Bishop with EconTalk host Russ Roberts. They talk about the craft of being a poet, the business world, mentorship, loss, why poetry no longer seems to matter, and how it might begin to matter again.

Yes. As a limit-case imagine that a hundred years from now solar-powered robots deliver most goods and services. The cost of this will be trivial — and so, therefore, will be the contribution to measurable GDP. Almost all measurable GDP will come from impossible-to-automate domains such as rent and royalties. “Productivity growth will be close to nil, but also irrelevant to human welfare”

Rational Animations take the GDP growth question to the nth degree in this video essay which posits that we could be living in the most important century in history. They go onto unpack how AI might uphold a historical trend of super-exponential economic growth, ushering us into a period of sudden transformation, ending in a stable galaxy-scale civilization or doom. All within the next few decades…

Using data from Morgane Laouenan et al., the map is showing birthplaces of the most “notable people” around the world. Data has been processed to show only one person for each unique geographic location with the highest notability rank. Click below to show people only from a specific category. 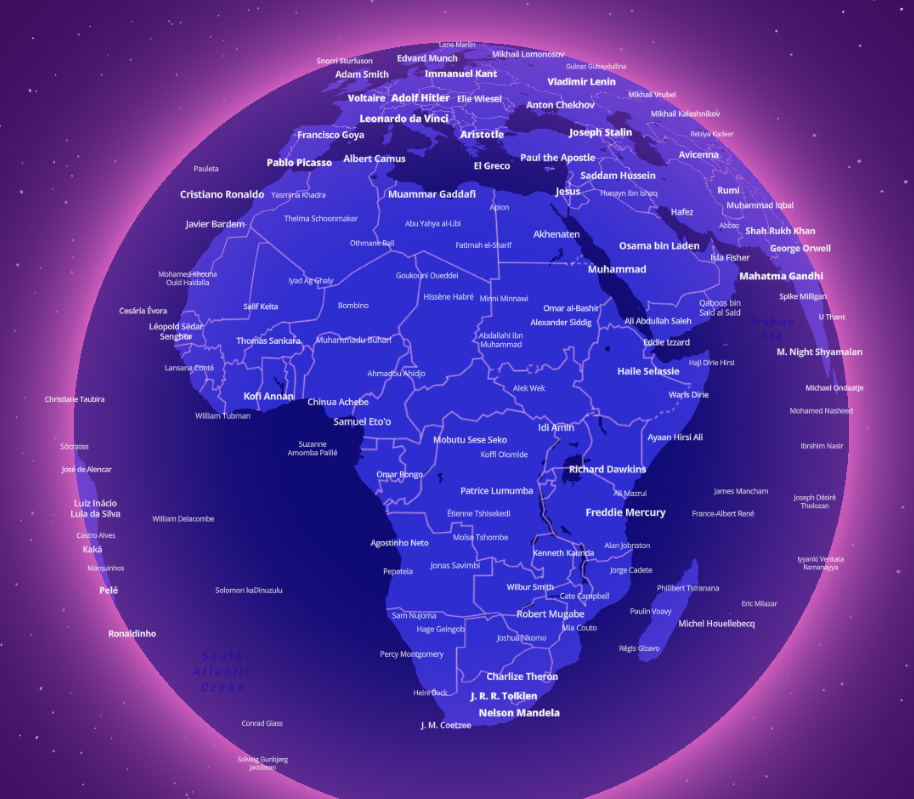 Advice from the polymath, from his Nobel prize-winning philosophy “Reverence for Life”. “So I tell you, don’t let your hearts grow numb. Stay alert. It is your soul which matters… If only you would all stop being thoughtless and stop flinching from the challenge to learn reverence for life and true empathy, if only you could be absorbed in compassionate awareness, I would rest content”

📝How Can We Stay Compassionate? Sam Harris speaks with Marc Andreessen about the current state of Internet technology and culture. They discuss Marc’s background in tech, the birth of the Internet, how advertising became the business model for digital media, the three stages of the Web, the blockchain, how successful technology reorders status and power in society, the Bitcoin white paper, the mystery surrounding the identity of Satoshi Nakamoto, the importance of distributed consensus, Bitcoin as digital gold, how society has performed during Covid, James Burnham and managerial capitalism, the principal-agent problem, negative externalities, risk and regulation, trust in institutions, WTF happened in 1971, regulatory capture, banning Trump and Alex Jones from social media, perverse incentives in philanthropy, and other topics.

An example of what awaits you. 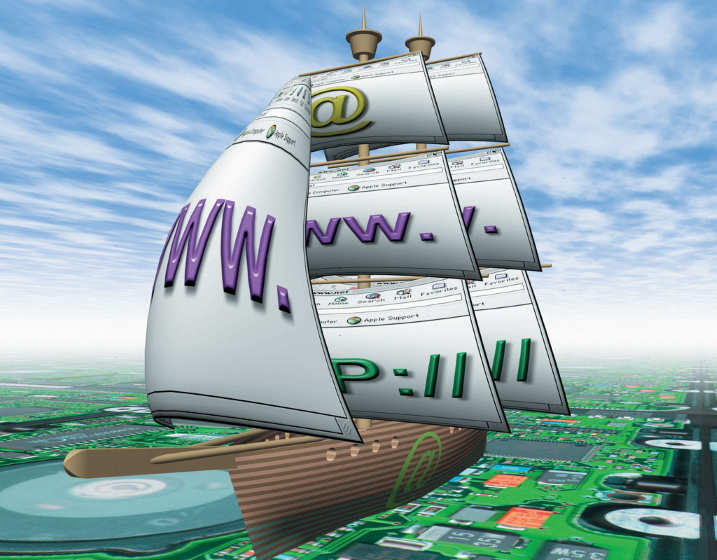 “When the past is always with you, it may as well be present; and if it is present, it will be future as well.” ― William Gibson, Neuromancer

I drew a new story in a photo of my office to tell you about my vacation. The excitement of leaving when you pack your suitcase, then the trip, the travel. You are already starting to release the pressure a little bit,and then explorations that you do to discover new places, and when you come across absolutely grandiose landscapes that you did not suspect. But for me the holidays are also the sun of the islands and the small pretty villages where you have the impression that time has stopped.

Moments like this where you can completely take the pressure off, sit on a rock to meditate in the evening, then do a little painting to reconnect with nature. Dive into the water for hours to watch the fish and the corals, realize that there are whole universes that escape you, and that there are so many beautiful things to see on this planet. This is where you tell yourself that you are spending moments that you are not about to forget.