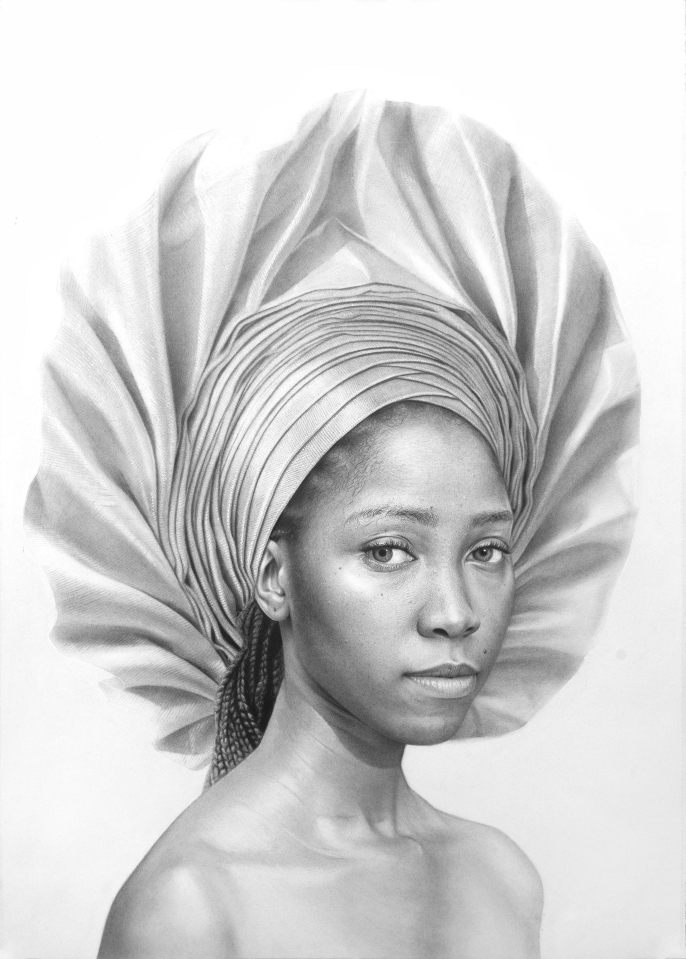 This visualization uses data from the Ipsos Global Trustworthiness Monitor to look at how much various populations trust their government and public institutions. 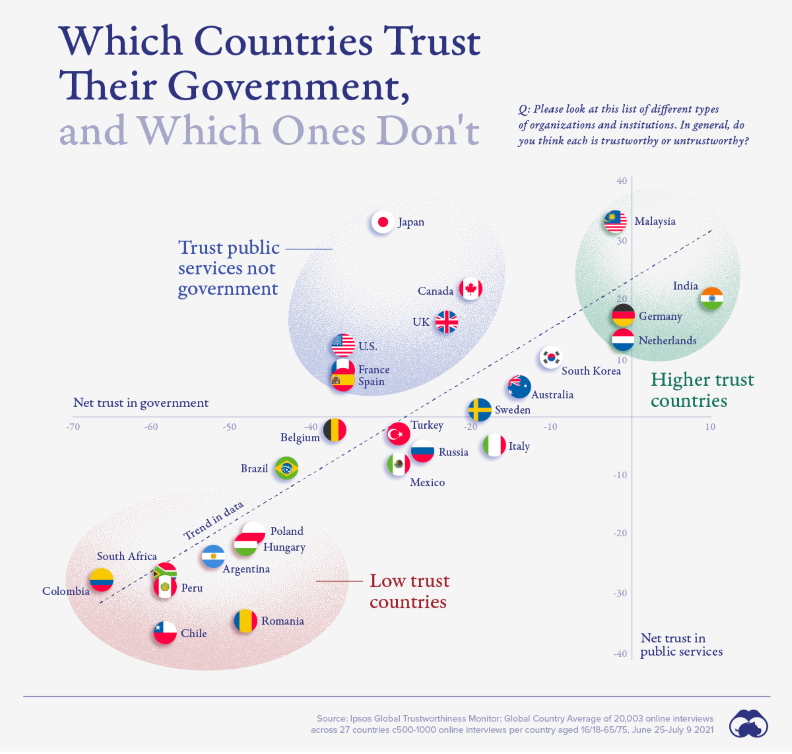 Broadly speaking, people trust their public services more than the governments in charge of managing and funding them. This makes sense as civil servants fare much better than politicians and government ministers in trustworthiness. 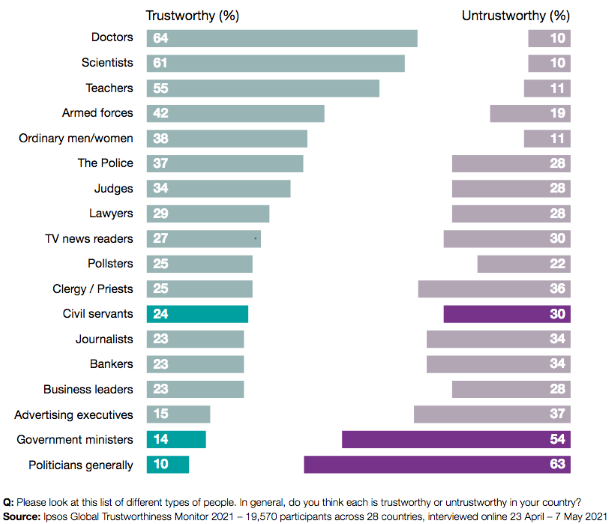 Neuromancer author William Gibson who’s sci-fi tomes have often been preternatural accurate in their depictions of the future - and inspired famous works like The Matrix - posted a throwback the other day which I believe Kevin Kelly himself wrote in Wired.

Posted in 1997 “deep in the Long Boom futurology boom.”. This would be seemed incredibly pessimistic as a scenario then… fascinating to see how things have since transpired.

✍️🏃‍♀️ Planning is For Doing A driver is passing through a small town, along the main street. As they pass each intersection there are no stop signs, but they see other cars stopped along the way angry and shaking their fists at the driver. As they are about to leave the town, a police officer pulls them over. The officer says, “Do you know why I stopped you?” And the driver says, “I don’t know, I saw everyone angry, but I assumed that I had the right of way since I was going along the main street.”

“I could tell you were new here,” the officer explains. “See, in this town we have a system for deciding who gets right of way. At each intersection everyone stops and gets out of their cars. They then discuss who has a more urgent reason for driving. After everyone has agreed, the drivers go back into their cars, and then the driver with the most urgent need goes first, followed by the second most, and so on. This process repeats with the next set of drivers.”

The gist of the blog post is about illustrating the high cost of planning and providing an example of how it’s not always better to plan and debate all things.

He closes the piece out by quoting William James who wrote

“My thinking is first and last and always for the sake of my doing, and I can only do one thing at a time. […] the art of being wise is the art of knowing what to overlook.”

Specifically blog favourite Joscha Bach posted the output of “Consciousness in the eyes of a cat” as the input the other day. 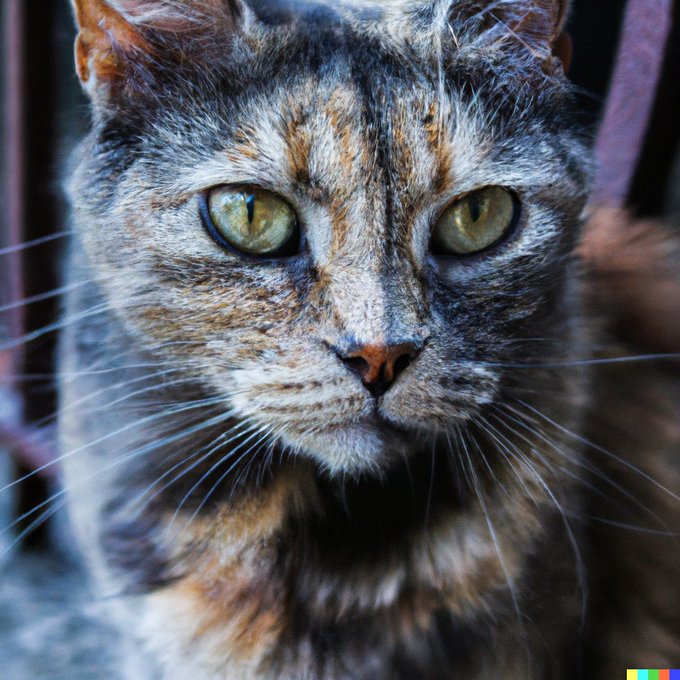 The real question though is, do you think you can tell the difference between DALL-E2 cats and real ones - or does the model need to improve a little to get past your discerning eye? 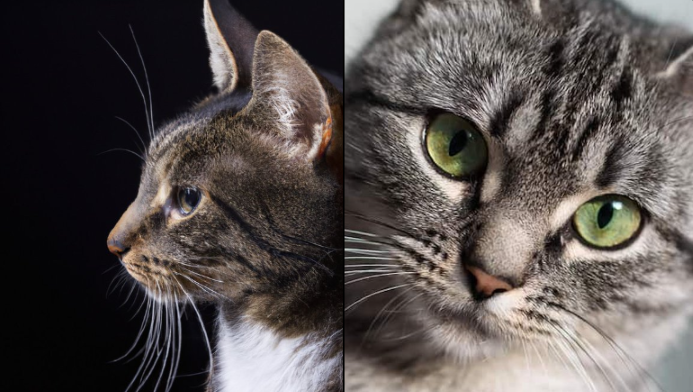 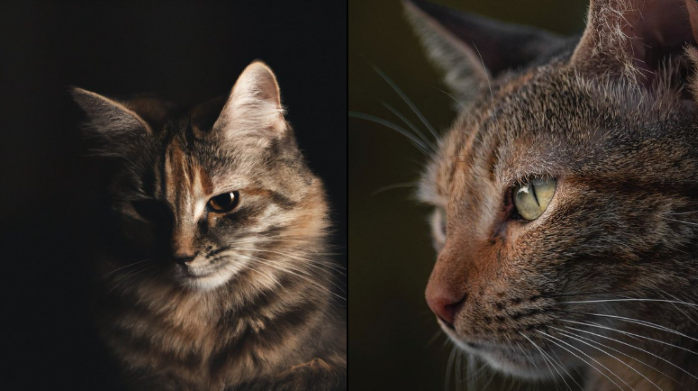 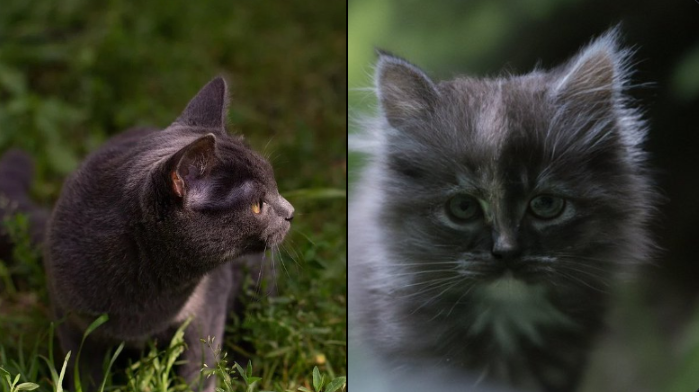 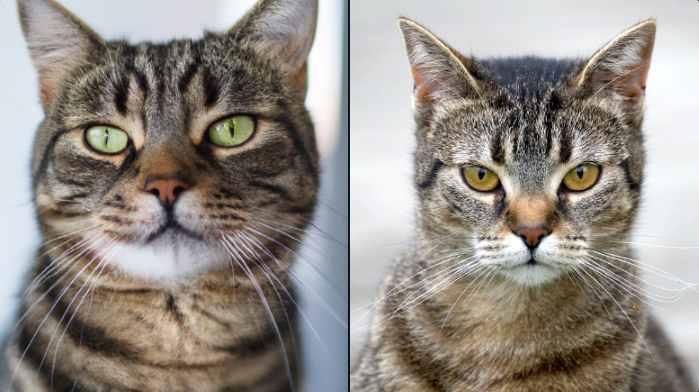 The aforementioned announcement was Google’s new Imagen system by the way. The deep-dive is available 📚here. As you can imagine, there are already plenty of prompt examples e.g.

A photo of a Corgi dog riding a bike in Times Square. It is wearing sunglasses and a beach hat. 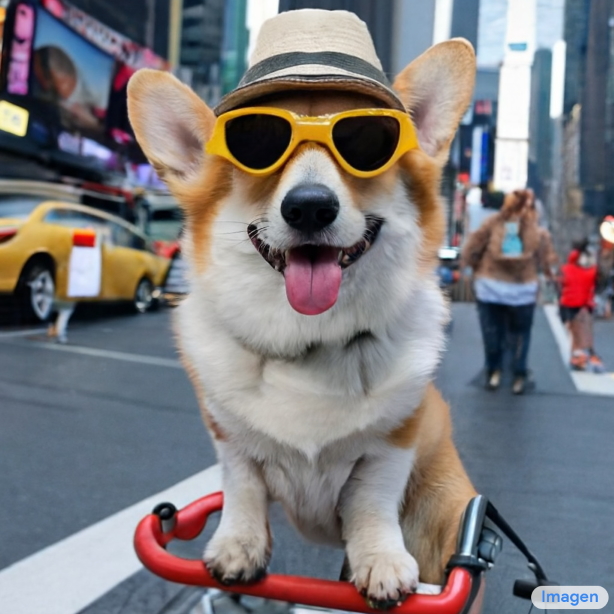 Their podcast feedback also re-released this “innovation overview” epidode from April 2021 where the a16z crypto team and other experts take you from the ground up of crypto and web3 — from the basics, to more recent developments, and beyond – through the lens of an oral essay with brief segments on what crypto is, how it really works, and where it’s going.

Far too many discussions around crypto and web3 are based on assertions that don’t have any predictive value at all. As Wolfgang Pauli put it, these arguments are “not even wrong”.

Quartet for the End of Time/The Crystal Liturgy

Olivier Messiaen’s Quartet for the End of Time premiered on 15 January 1941 in the prisoner-of-war camp where the composer was interned during World War Two. To celebrate the 75th anniversary Sinfini Music commissioned Simon F A Russell to create an animation around it. Working with Prof. Marcus du Sautoy, he used the piece to explore Messiaen’s complex relationship to mathematics, music and religious belief.

While China’s economy has had a much rockier start this year due to zero-tolerance COVID-19 lockdowns and supply chain issues, this visualization covers a full year of data for 2021⁠—a year in which most economies recovered after the initial chaos of the pandemic. 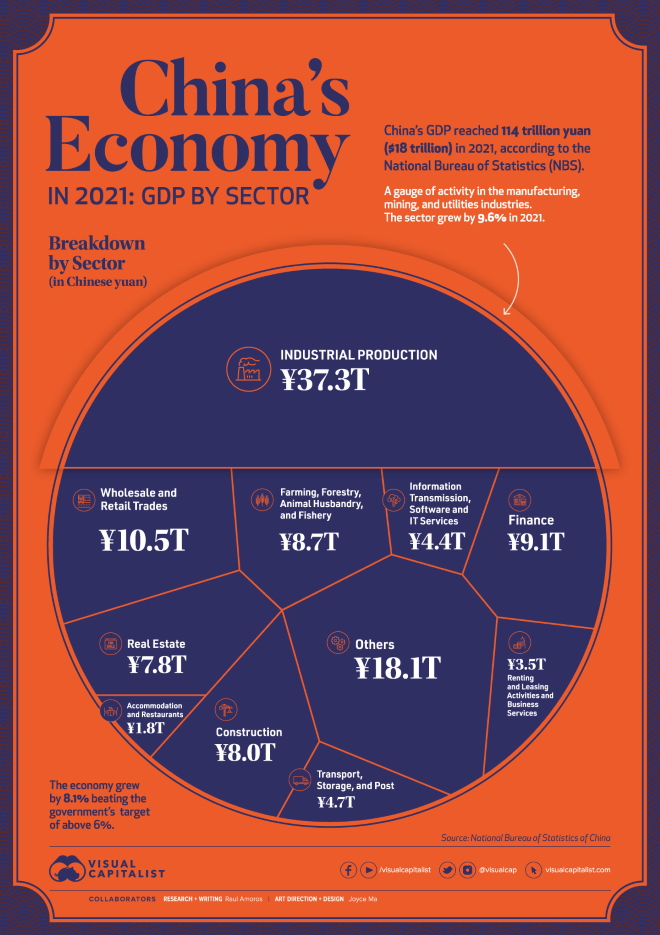 China’s economy recovered noticeably faster than most major economies last year, and as the overall trend below shows, the country has grown consistently in the years prior. Before the pandemic hit, China’s quarterly GDP growth had been quite stable at just above 5%. With the slowdown continuing into early 2022, China’s economic horizon still looks uncertain. 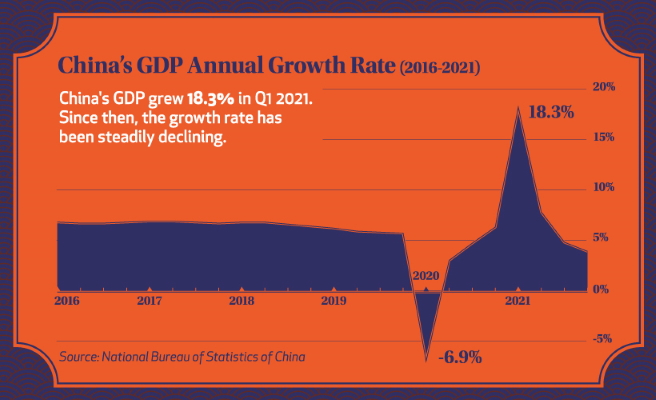 Alot of this sustained GDP growth - characterised as Chinese economic miracle post Deng Xiaoping’s pro-market reforms - have had a profound effect on the nation’s populace. Specifically, over 80% of the Chinese population lived in extreme poverty (less than $1.90 per day) in 1981. As of 2019, that number is approximately 0%. Unless some truly fundamental changes occur in the global economy and the broader geopolitical landscape, it seems pretty inevitable that China will become the largest GDP on earth. These prognostications were of course du jour during Japan’s riproaring 70s and 80s period - before the extraordinary popping of the bubbles in that economy. The sheer number of citizens in the Middle Kingdom seems to be the underlying bedrock of this possibility though.

This graphic puts the relative size of their population in perspective regarding the rest of Asia (and partly underpins the testy relationship with the almost equally populous India). The settlement of Madagascar is one of the most unusual, and least understood, episodes in human prehistory. A 2012 study estimated that it was settled approximately 1200 years ago by a very small group of women (approx. 30), most of Indonesian descent: 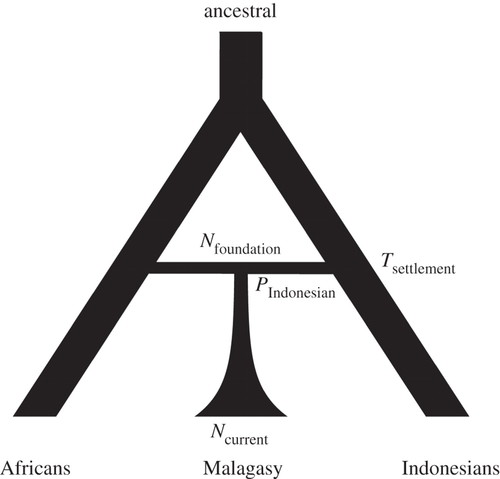 Periodic reminder that the flat maps based on Mercator projection you’re most used to are wildly innacurate in terms of relative sizes and distances. It’s not to say they are “wrong” by any stretch, as they are optimising for retaining the relative shapes of all the regions while keeping the borders contiguous. 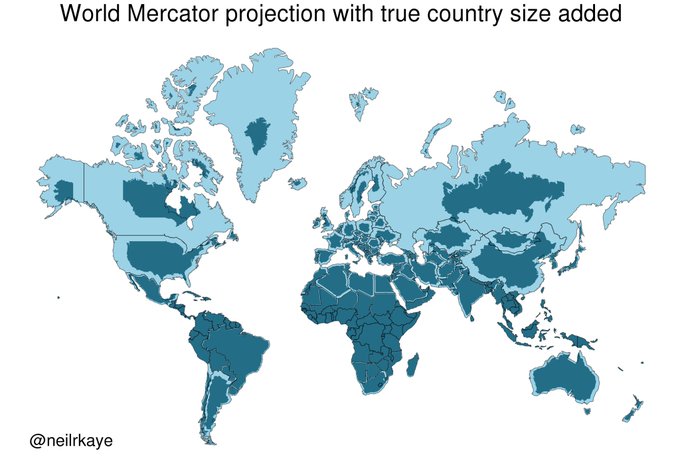 Animating the Mercator projection to the true size of each country in relation to all the others.

From “The West Wing” Season 2 Episode 16, re a different projection method - in this case the Gall–Peters Projection.

XKCD’s Bad Map Projections take in his Madagascator illustration shifts the north pole to the Indian ocean to exaggerate Madagascar the way the current map does Greenland. 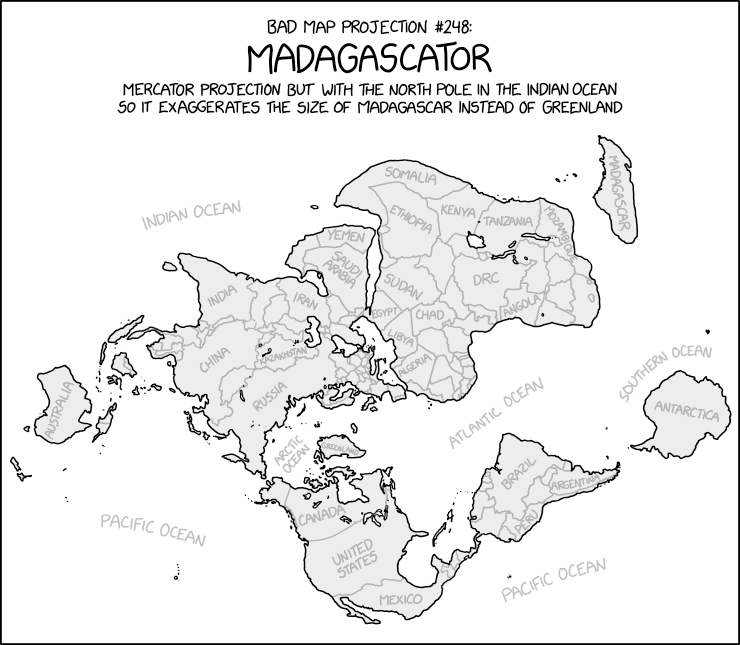 Astronomers think there should be 5 times as much dark matter as ordinary matter – a shadow universe that makes up most of the mass in the universe. But after decades of trying, no experiments have found any trace of dark matter – except one. “The old world is dying, and the new world struggles to be born: now is the time of monsters.” ― Antonio Gramsci