The chess game between Tha’ālibī and Bakhazari, Ludwig Deutsch, Oil on canvas, 1896

Fascinating to see how this list has changed over the last few decades, e.g.: Sharpen Your Thinking with These 10 Powerful Cognitive Razors 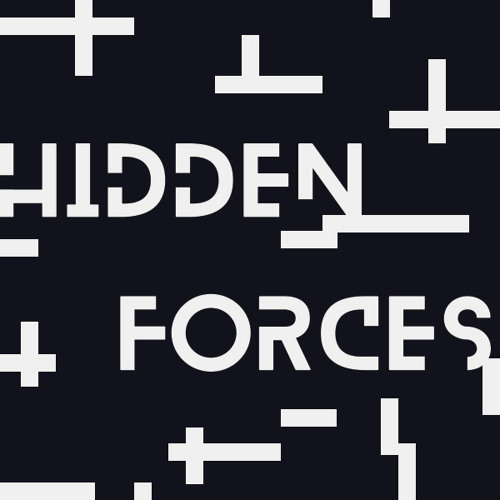 Machine Intelligence, Humanity, & the Will to Power

In this episode of Hidden Forces, Demetri Kofinas replays a monologue that he wrote and first published nearly five years ago about the future of humanity, machine intelligence, and the power process.

When he began Hidden Forces, Demetri was primarily concerned with exploring some of the recent advancements in technology and humanity’s scientific understanding of both the external world, as well the internal one that gives rise to the human experience. He believed (and still does) that many of the socio-cultural and political changes that we were experiencing in the world were being strongly influenced and shaped by these advancements, which is why so many of our early episodes were philosophical in nature, dealing with questions of epistemology, identity, and meaning.

In preparing for his recent conversation with director Alex Lee Moyer, Demetri was inspired to go back and listen to a monologue that we published nearly five years ago and which dealt directly with some of these more philosophical questions. The monologue was rooted in a set of observations about the role of digital technology and machine intelligence in shaping our experience of the world, our sense of agency, and our very notions of what it means to be a human being. The monologue is even more relevant today than it was in 2017 when he first wrote it.

We are living through an extortionary moment in human history. Nothing short of our humanity is at stake, whether from the growing possibility of total war, the creeping security state and surveillance capitalism, or even just the abject apathy and nihilism that seems to be infecting more and more of society. If you are a listener of this show, then these issues concern you directly, and while you may not be the CEO of Google or the head of the Federal Communications Commission, your input, activism, and engagement on these issues will be a decisive factor in determining not only the quality of our future, but the quality of the world that we leave for our children and grandchildren. This piece submitted by Jason M. Allen to the Colorado State Fair’s annual art competition, was created using the Midjourney generative AI program. It just so happened to win the fair’s contest for emerging digital artists - setting off a fierce backlash from artists and commentator.

Quotes from 📰this NYT piece on the topic:

“We’re watching the death of artistry unfold right before our eyes,” one Twitter user wrote.

“This is so gross,” another wrote. 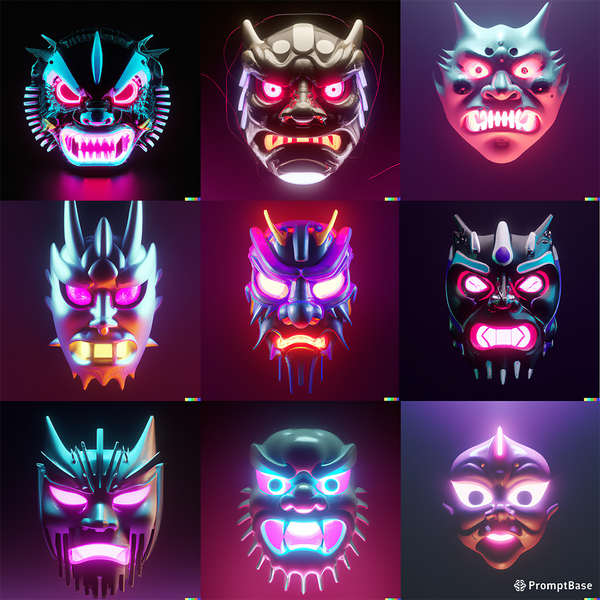 On the topic, PromptBase is a generative AI prompt marktetplace where you can buy and sell the prompts you used to create pieces on Midjourney, GPT-3, Stable Diffusion, DALL E and PromptBase itself. Per Ben Evans, “working as a ‘prompt architect’ sounds very Gibsonian” 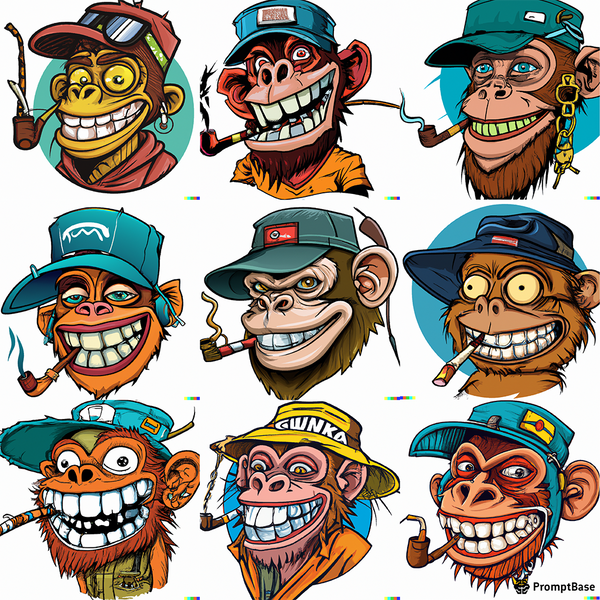 Applied AI and Data Science technologist Smriti Mishra gives a 1 minute explainer to give a sense of what a neural net - the underlying construct behind the above technologies - is.

A neural network is made up of virtual ‘neurons’ that are connected in layers. The neurons transmit information and conduct calculations as a result. Weights are also assigned to the connections between neurons.

These weights indicate the importance of information from one layer to the next. The values of the neurons and the connection weights are essentially the network’s free parameters.

By training the network, we want to identify the parameter values that minimise a specified function, referred to as the ‘loss function.’ It is an optimization problem, and we solve it using a technique called backpropagation.

Backpropagation implies that if the network produces an unsatisfactory outcome, we go back and adjust the weights of the neurons and their connections. This is how the network learns from its mistakes.

For over 20 years, MIT OpenCourseWare (OCW) has freely shared knowledge with learners and educators around the world by publishing MIT course materials online. Today, over 2,500 MIT courses are available on the NextGen OCW platform with video lectures posted to OCW’s YouTube channel.

Here are the top 5 most-viewed videos of their videos so far, collectively reaching 41.5 million views at the time of this publication. 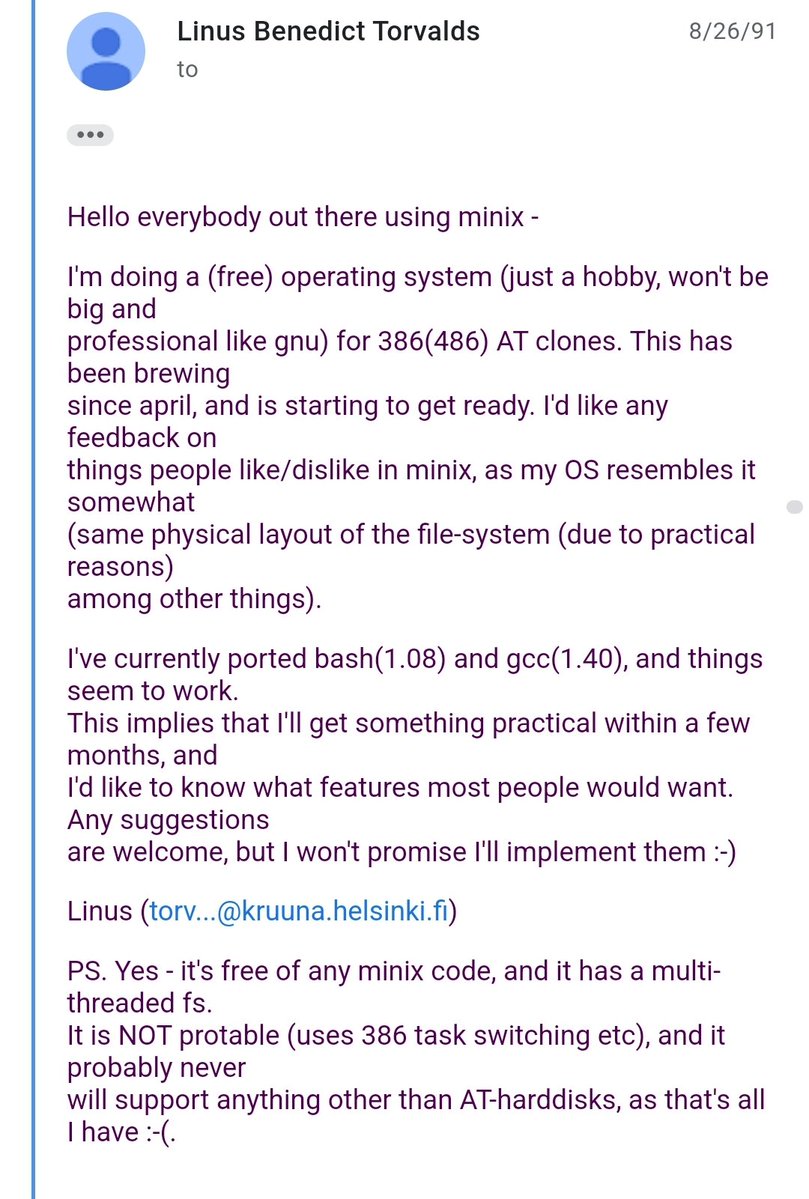 Of course, incredibly, it’s since gone on to become by far the most ubiquitous operating system in the world, underpinning the internet to a large degree - and running on the largest number of cellphones. 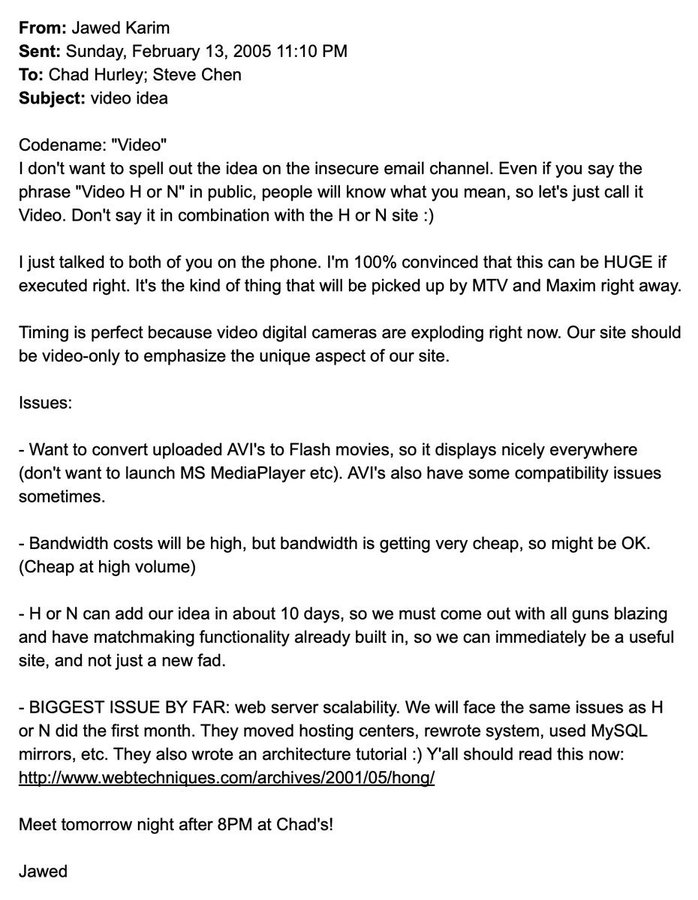 13 minutes after the disaster, Morton-Thiokol’s price on the market sank while the other three stabilized.

Morton-Thiokol was later implicated as the culprit. 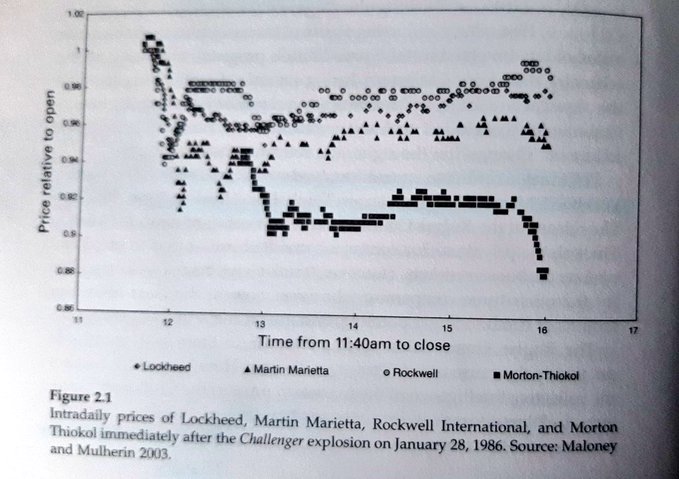 Actual footage of stars orbiting the supermassive black hole Sag A* at the center of our galaxy. One of the stars, S0-2, moves faster than 27 million kilometers per hour, or 2.6% the speed of light! pic.twitter.com/5erPk2IsBV

The US is 📰going back to the moon - with the Artemis I program. At a cost of $4Bn per trip. 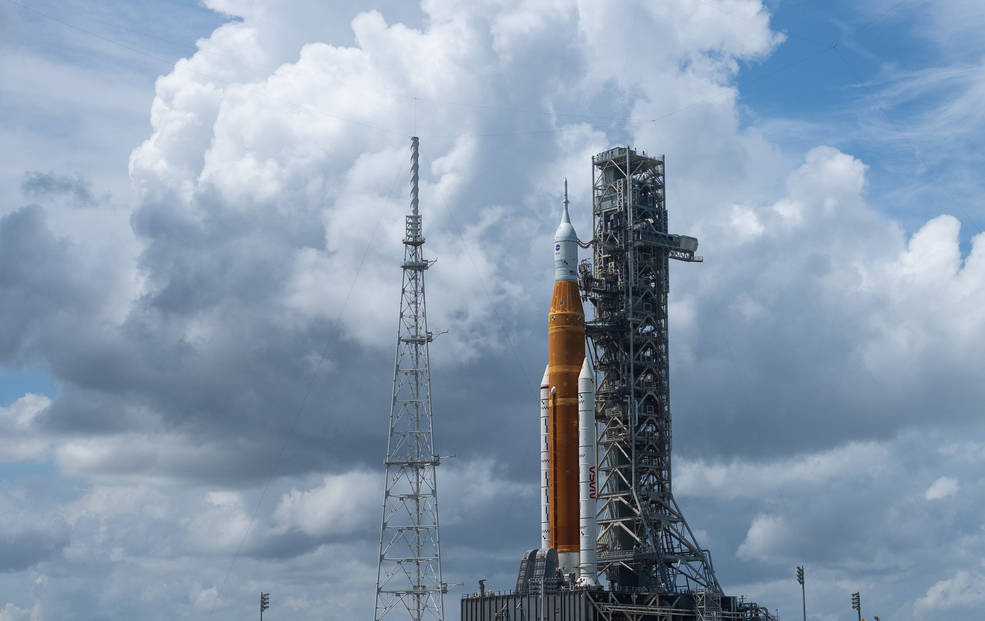 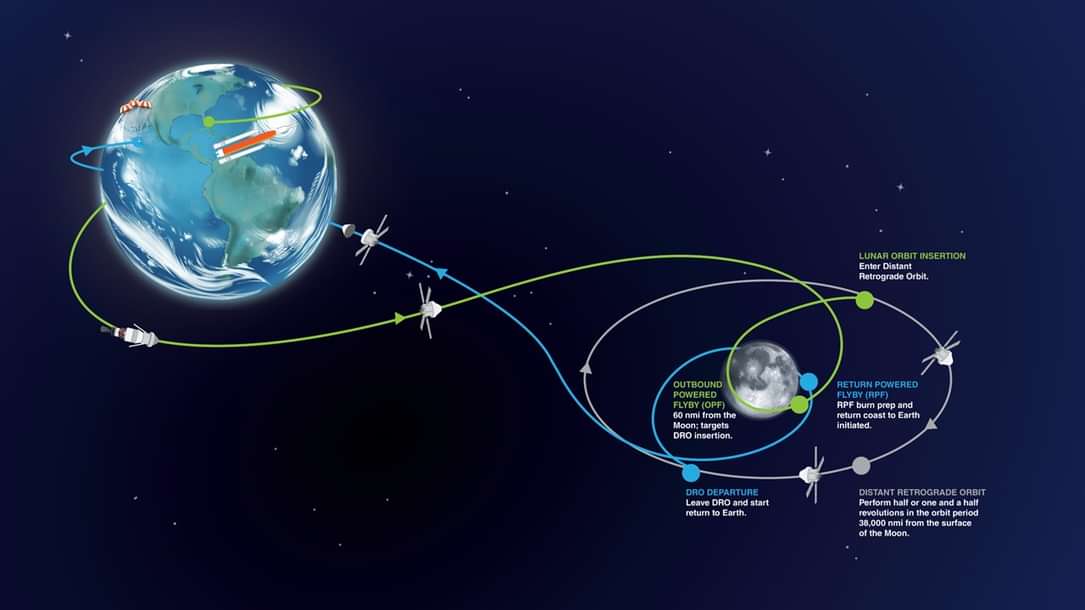 As NASA prepares for new missions Adam Tooze and his producer Cameron look at the cost of space exploration and how America views its return investing in the space program. The two also discuss what a possible lunar economy might look like.

Being able to get a good handle on strangers is valuable, from trying to gauge new personal connections to hiring decisions or intelligence operators in the field evaluating potential assets.

Yet the tools to do so empirically are often hard to come by. And although ex-CIA spy Andrew Bustamante who was profiled here recently seems to swear by the MBTI (Myers Briggs Type Indicator) - it’s also been called “corporate astrology” and the Wiki article on it outlines the pushback on it’s efficacy and scientific basis broadly (there’s alot of pushback in many places). 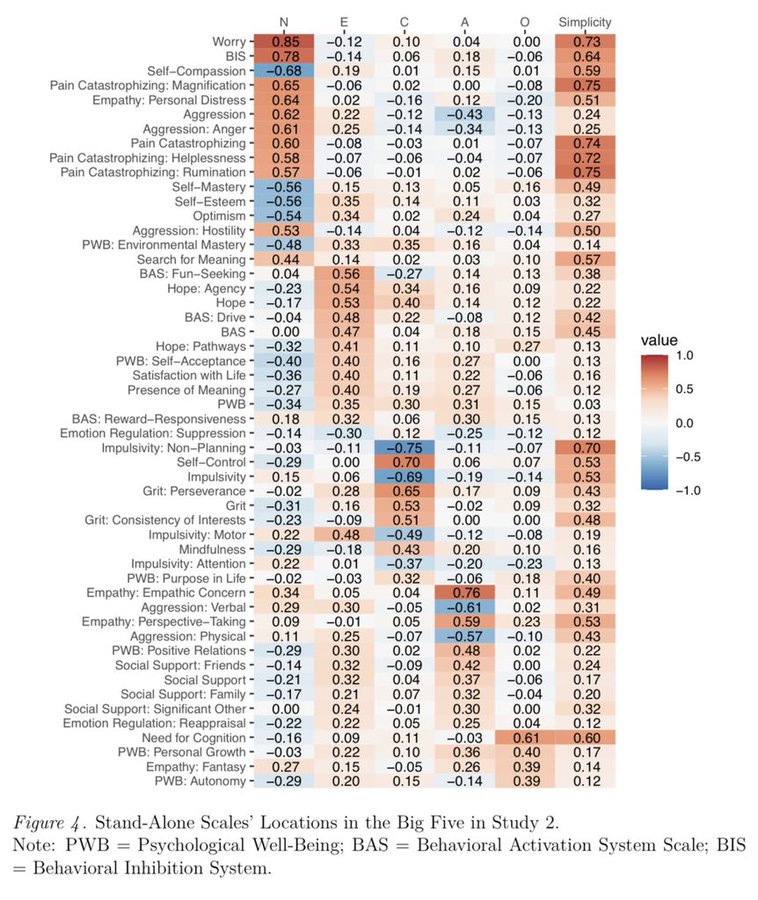 I.e. The Big Five, which you can test yourself here - is currently the gold st andard for personality testing and one of the very few backed by rigorous science.

Incidentally, you can infer the Big Five from tastes. Two papers show the movies and books you like can be used to accurately predict Big 5 personality traits. 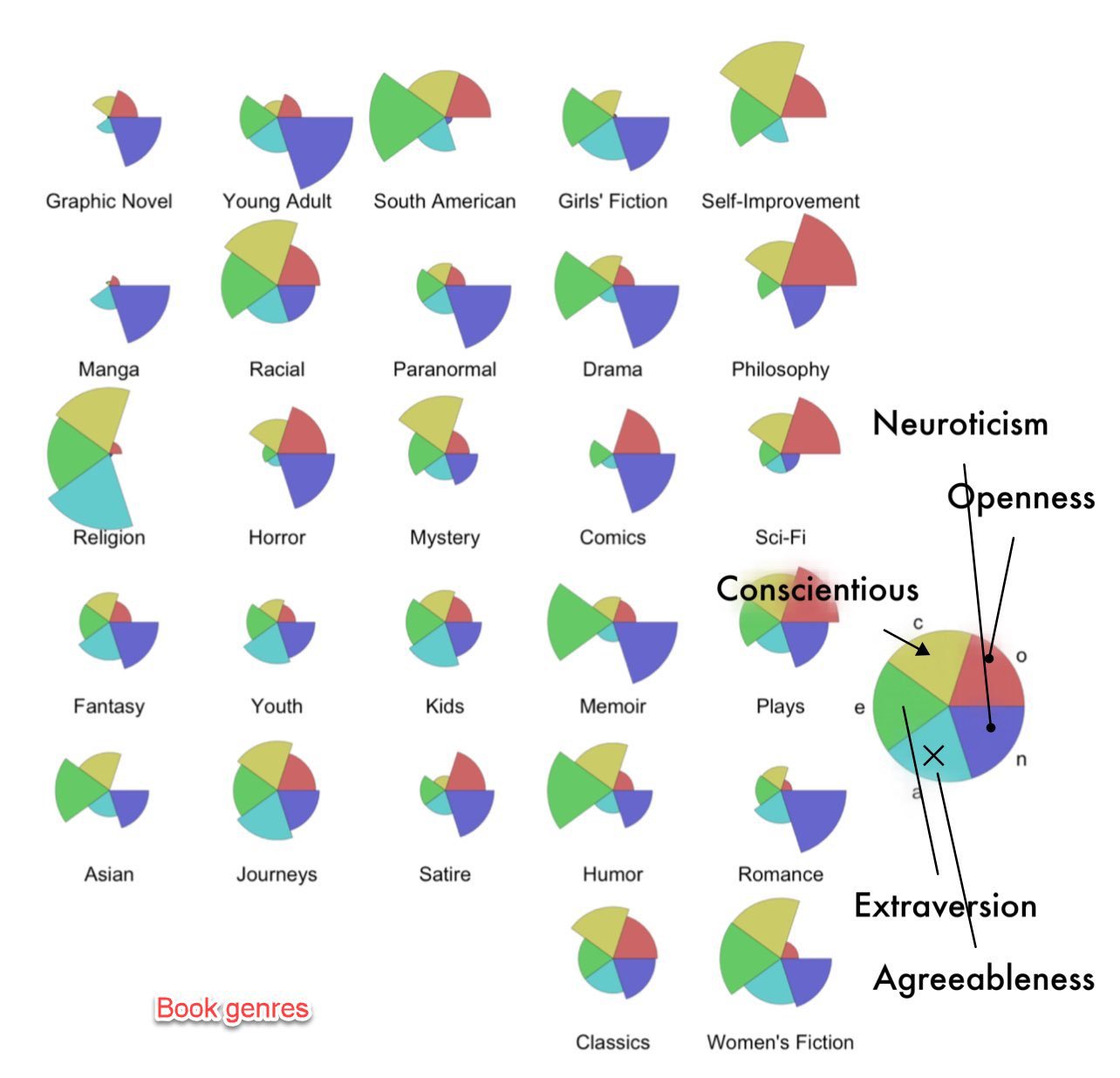 Per Max Roser (as we also pointed out on these pages a few weeks ago):

More and more countries achieve to decouple economic growth from CO₂ emissions. This chart shows the evidence for 25 countries. Growth is up, emissions down. 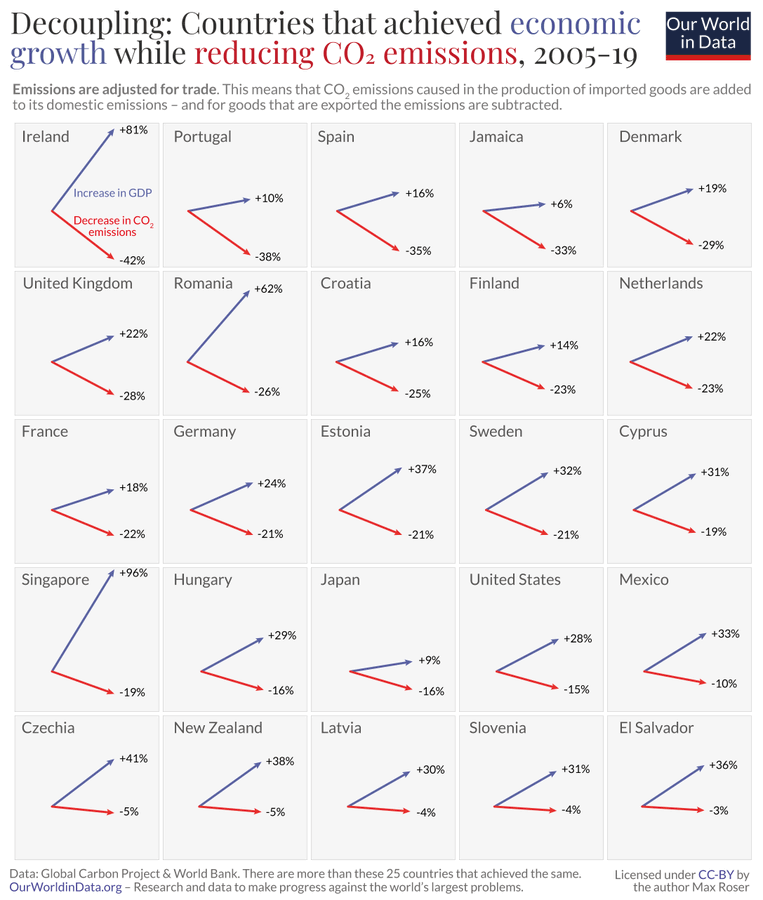 Nicholas Decker points out an interesting phenomenon in which elite class families recreated themselves a genetraion after the horrors of the cultural revolution - in a thread taken from a paper called 📚Persistence Despite Revolutions. 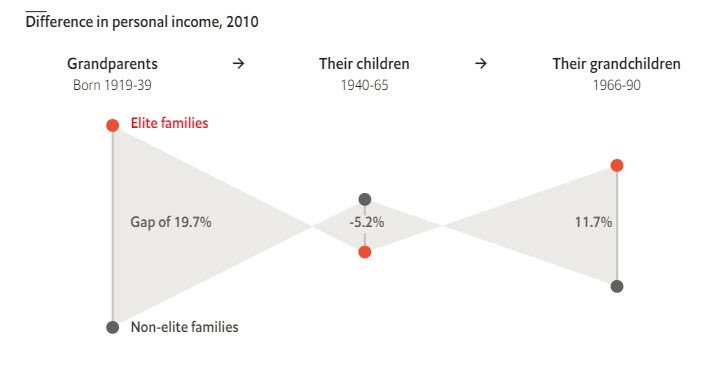 The Chinese Communist Revolution was one of the most leveling events in history. The land of the better off was confiscated, and those who were wealthy were denied education. Yet, none of that mattered. Those who wealthy before, went back on top. 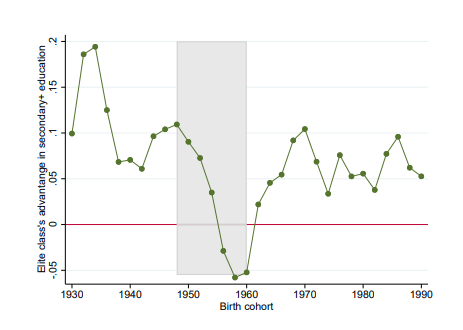 “Whenever a theory appears to you as the only possible one, take this as a sign that you have neither understood the theory nor the problem which it was intended to solve.” ― Karl Popper

A tussle for supremacy between left and right halves of your brain is why yellow dots disappear, staring at the green one [source, read more: https://t.co/TF13x8RlRf] pic.twitter.com/UECT81ZZti