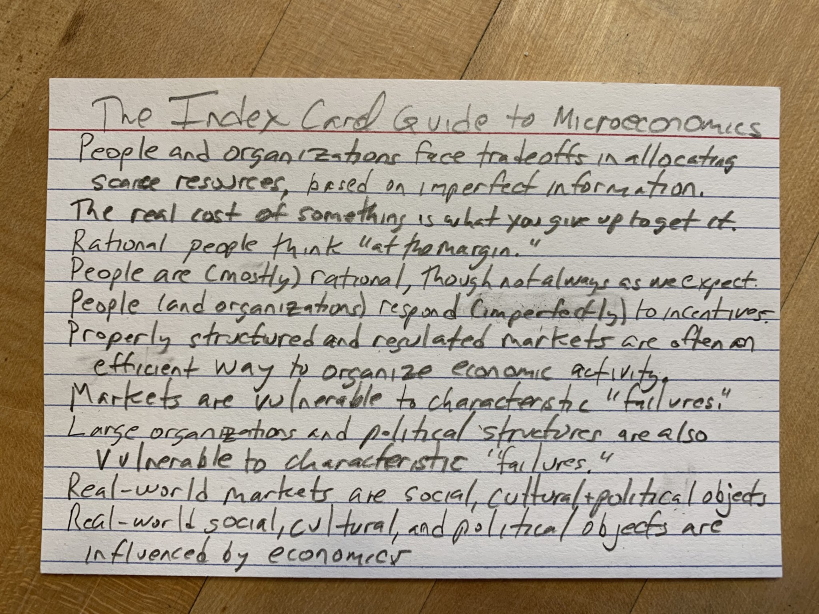 For this year's cancellation as a result of the Coronavirus, Wimbledon will reportedly receive $141 million from the policy.

⬇️💸😩 Once In A Lifetime…again

Millenials are now potentially 2 for 3 in terms of worst downturns in history, having now experienced this so-called “once in a lifetime” events twice.

The Atlantic unpacks just how historical forces beyong their control will have lifelong effects. 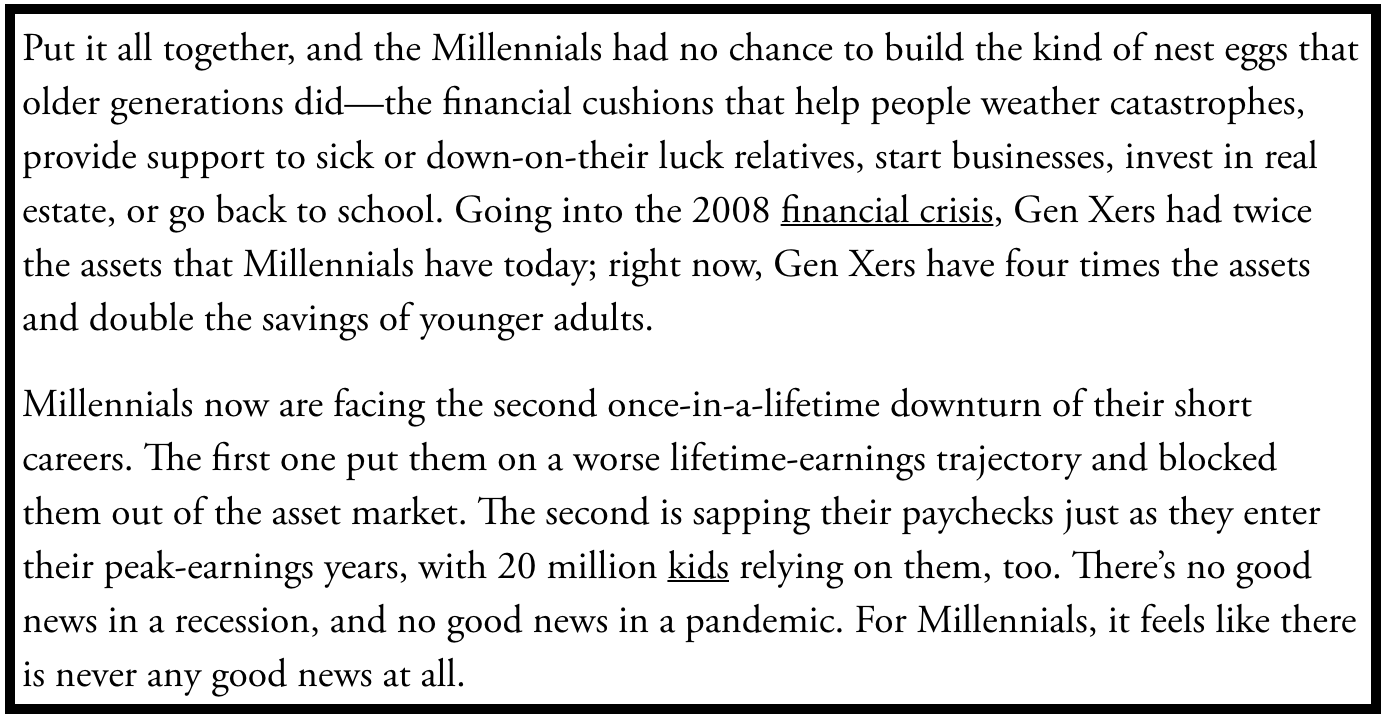 This cohort has also been bearing close witness to another social phenomenon which is exacerbating growing feelings of discontent and often anger. 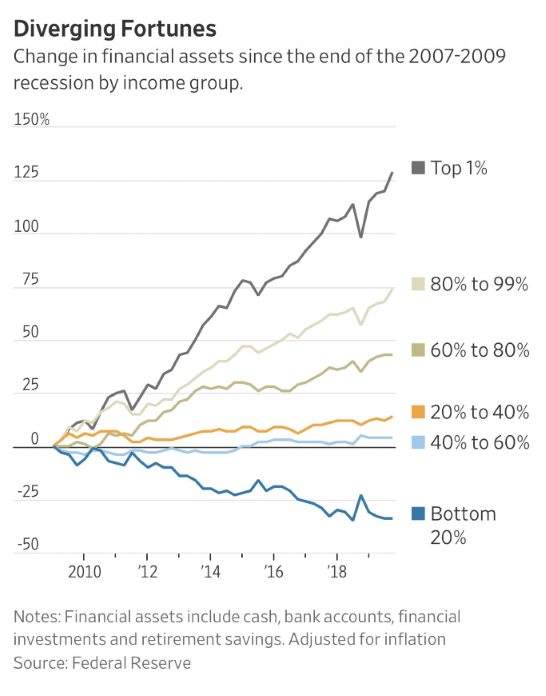 John Horton Conway was once referred to as “a cross between Archimedes, Mick Jagger and Salvador Dalí.”

What is certain is that his contribution to our understanding of complexity and how it can arise from deceptively simple rules was immense. Sadly on 11 April 2020, he passed on due to COVID-19 related complications.

Special thanks to XKCD for the graphic tribute.

Paul D. Kaplan (Ph.D, CFA) the current Morningstar Canada director of research, put together quite an interesting analysis comparing the current US markets (a proxy for global markets given it’s size and relative importance) downturn with the 20th and 21st century’s worst. 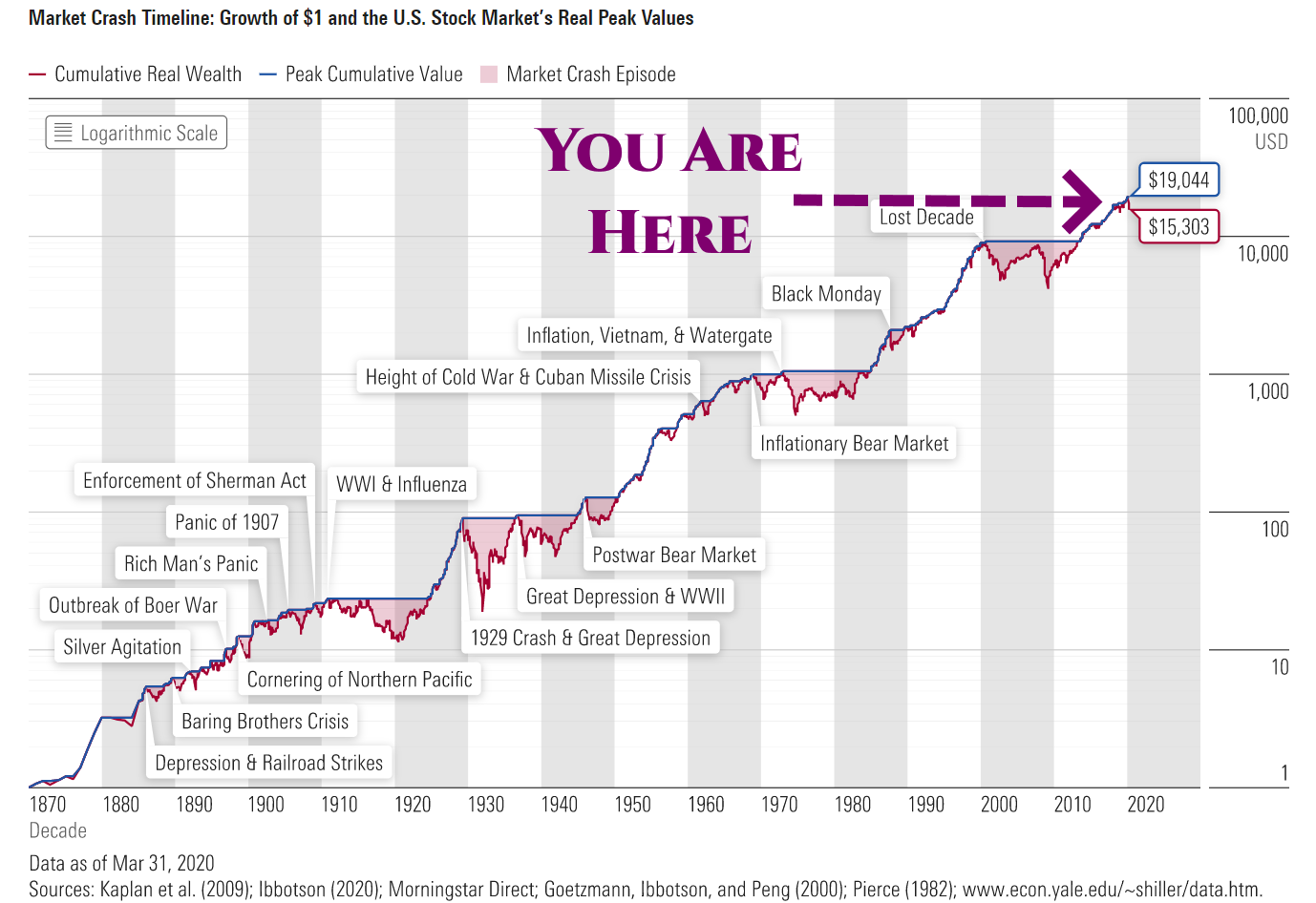 Some notes from his research: 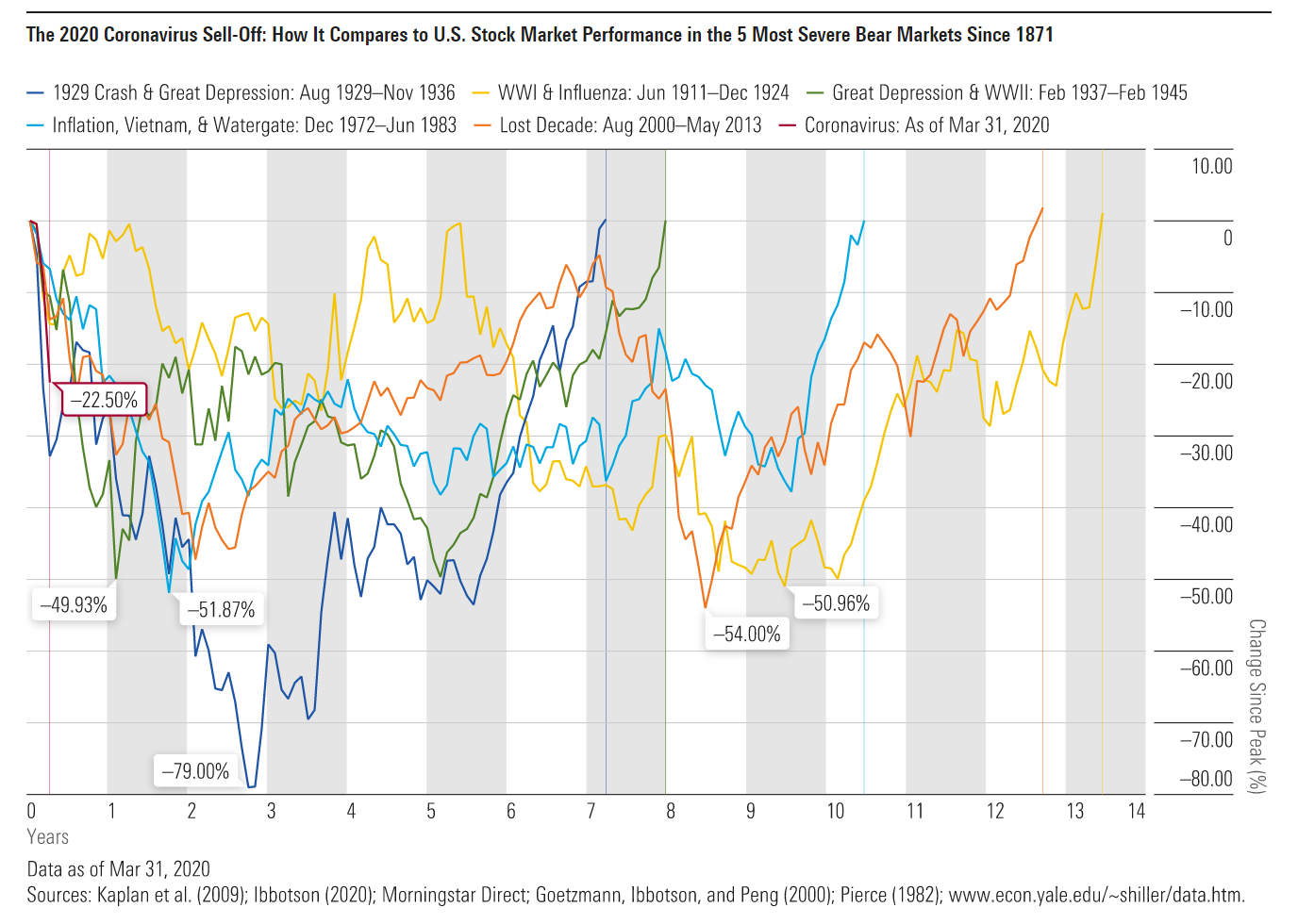 It’s early and uncertain days, even though the above graph has quite a steep drop. Although we’ve already seen a Jerome Powell QE-inspired 25% recovery from the lows - with some commentators suggesting they’ve priced in the worst - continued optimism in the short/medium term would be….surprising. 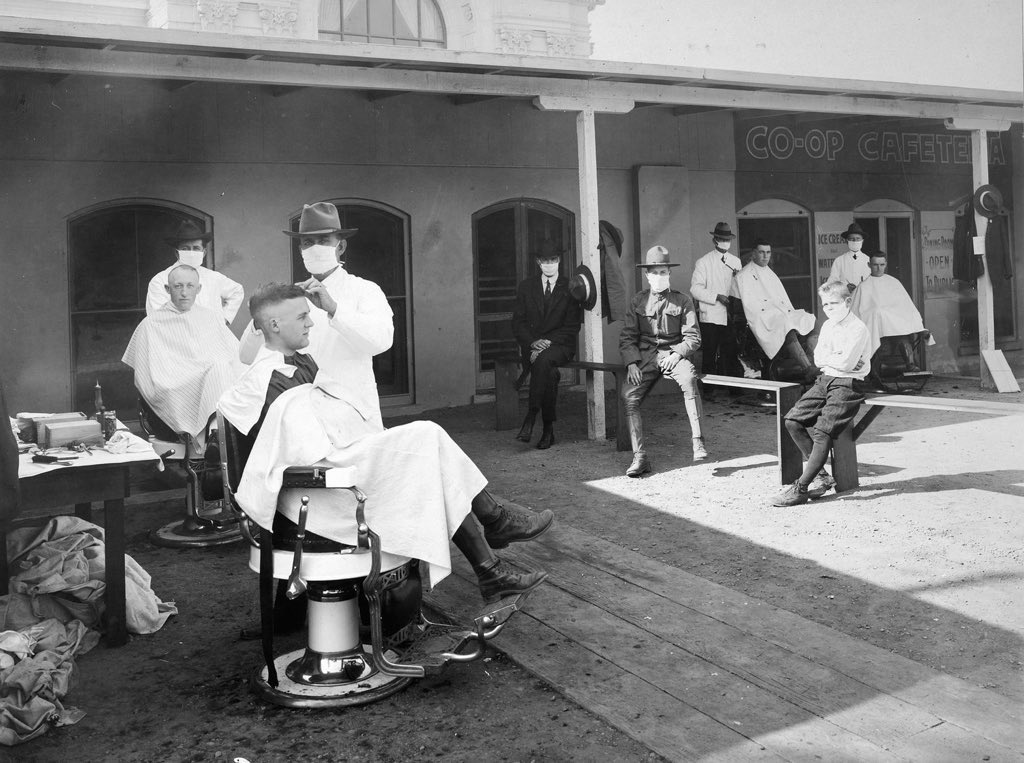 Prediction is very hard. Nate Silver is maybe the best political predicter alive, and he estimated a 29% chance of Trump winning just before Trump won. Berkeley professor Philip Tetlock has spent most of his life identifying the best predictors in the world and coming up with complicated algorithms for aggregating their predictions, developing a forecasting infrastructure that beats top CIA analysts, but his superforecasters estimated a 23% chance Britain would choose Brexit just before they did. This isn’t intended to criticize Silver or Tetlock. I believe they’re operating at close to optimum – the best anyone could possibly do with the information that they had. But the world is full of noise, and tiny chance events can have outsized effects, and there are only so many polls you can scrutinize, and even geniuses can only do so well. 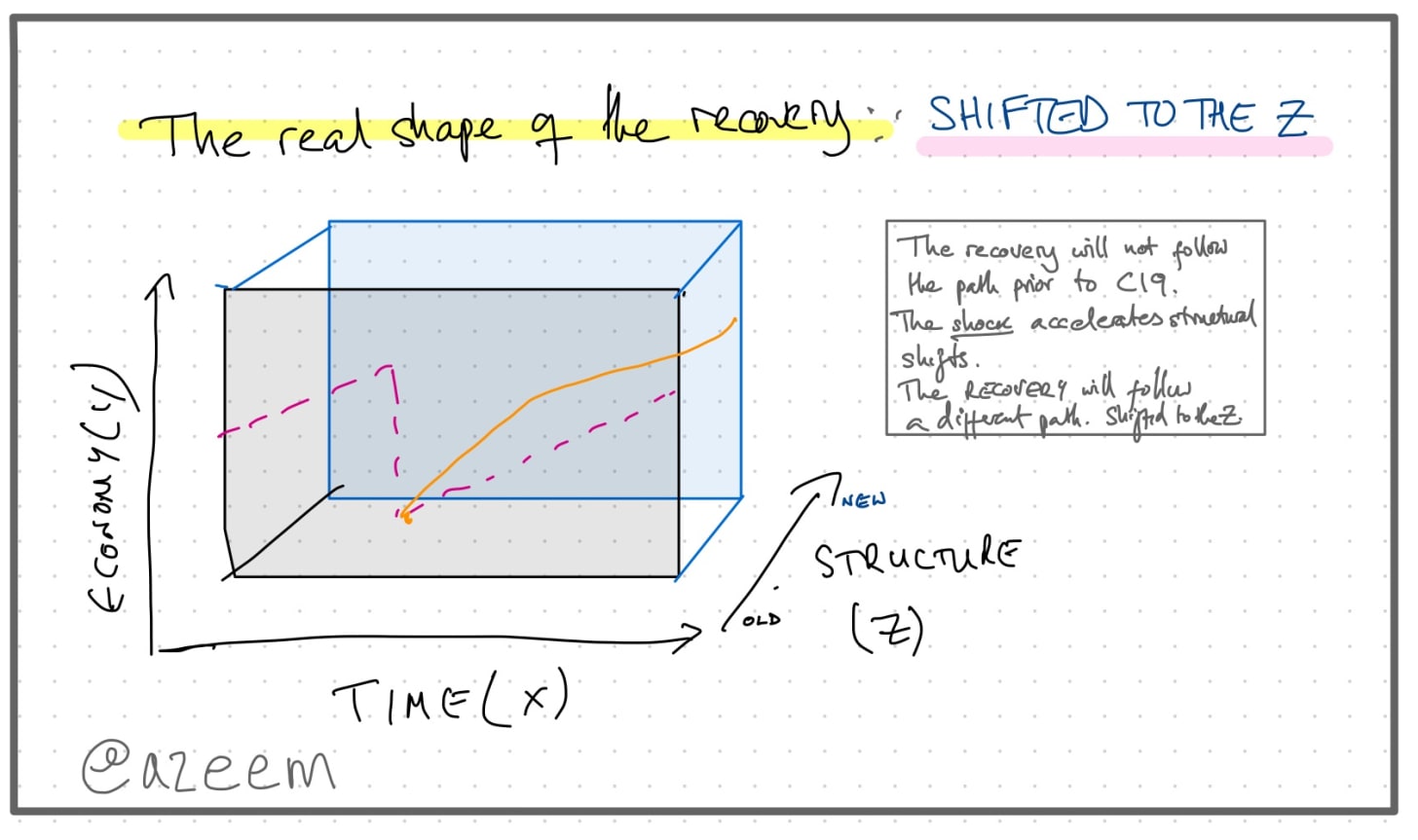 Azeem Azhar with an interesting post that’s now been made freely available about the fact that most recovery graphs are missing the Z-axis for structural changes.

To quote @TaylorPearsonMe: “Will the economy bounce back? Yes. But, the recover won’t happen on the same path as the decline. The economy is non-ergodic!”

A selection of some of the most popular malware known to infect Brain.exe 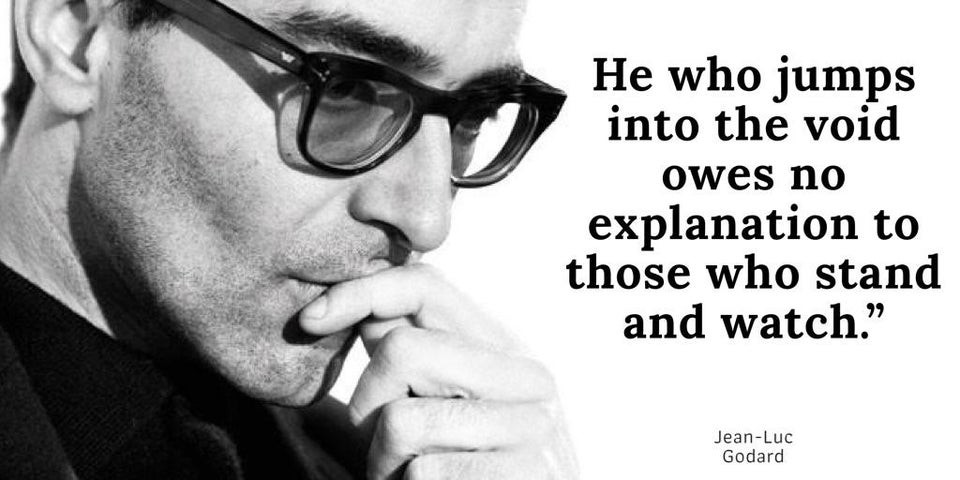 Good to see both Shane and Suroosh (Vice co-founders) getting back into the fray with videos being released quite close to each other.

Here Suroosh documents his travels to Iran where he hobnobs with quite the motley crew just before the the US took out the country’s 2nd most powerful person early this year.