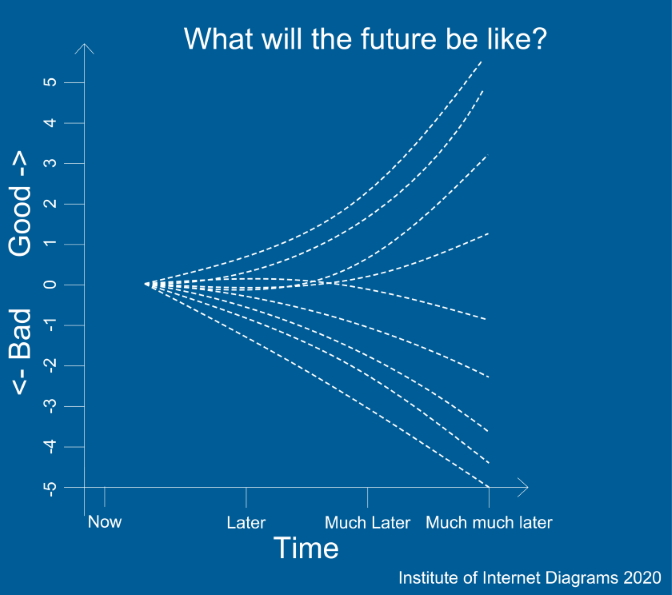 “There are decades where nothing happens; and there are weeks where decades happen.” - Vladimir Ilyich Lenin

A trend which will presumably be writ large both across both Wall Street and Main Street. We’re already seeing public markets in the US consolidating to a degree last seen during the 2000 tech bubble. 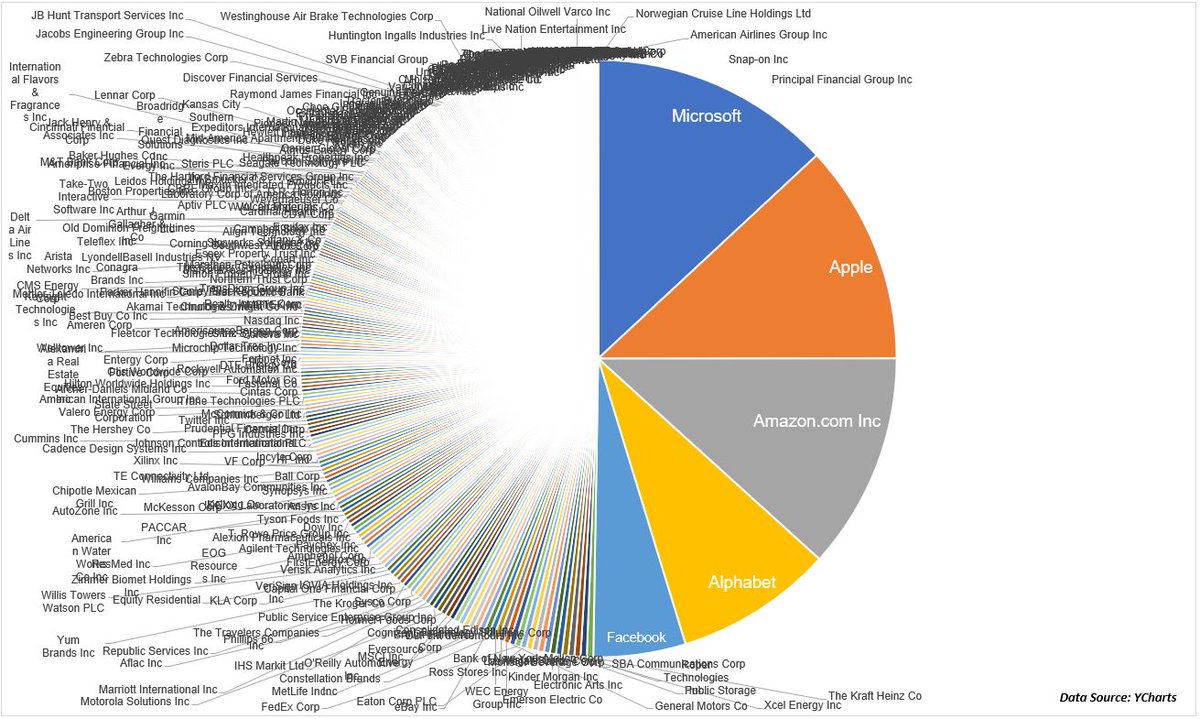 That concentration is in the region of what the markets looked like in the mid-1970s. 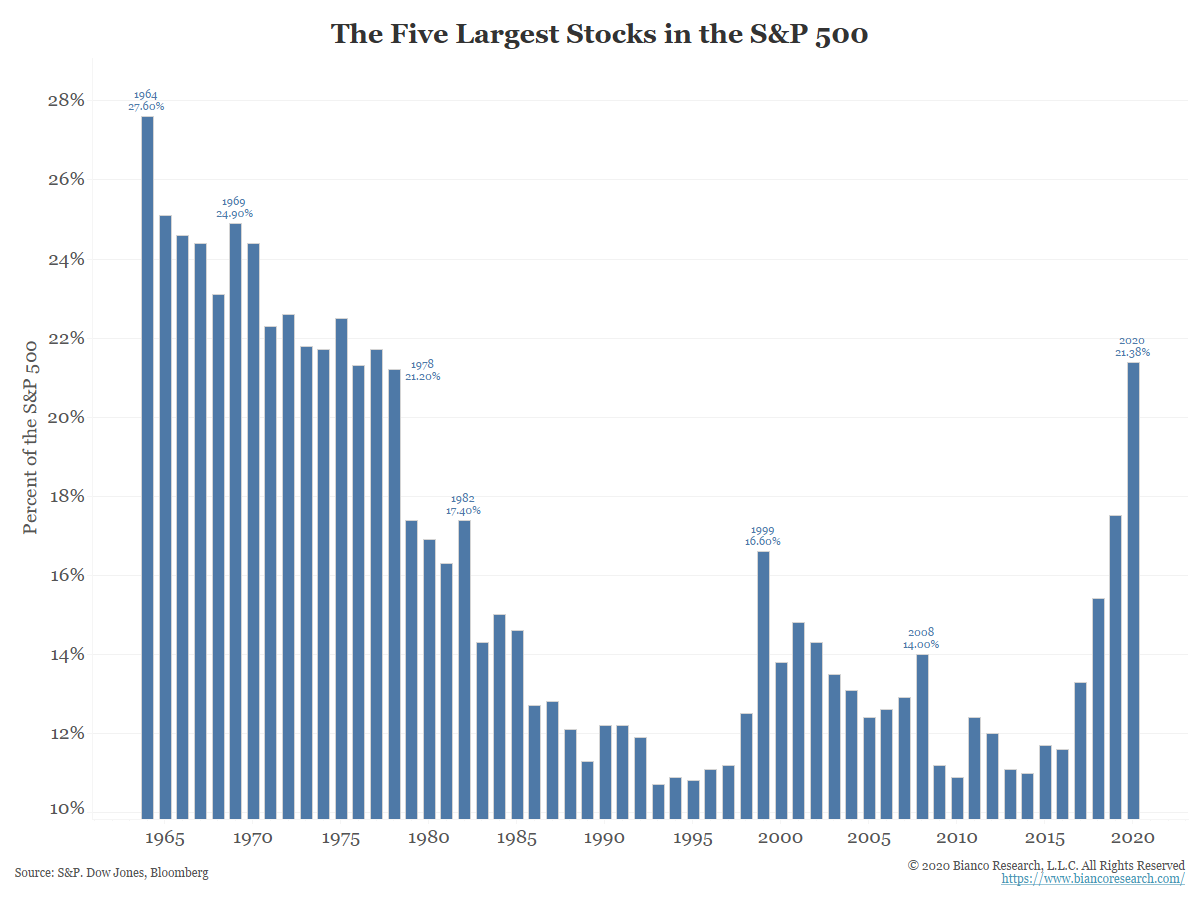 Someone we know who is deploying their billions not on equity markets but on other bets capitalising on the current market headwinds is ex corporate raider turned activitst shareholder Carl Icahn (Remember his legendary tiff with fellow billionaire investor Bill Ackman?).

Specifically, in a recent Bloomberg appearance he admitted to having had a large position in a so-called “mall short” betting against commercial real estate mortgage-backed securities, since late last year. 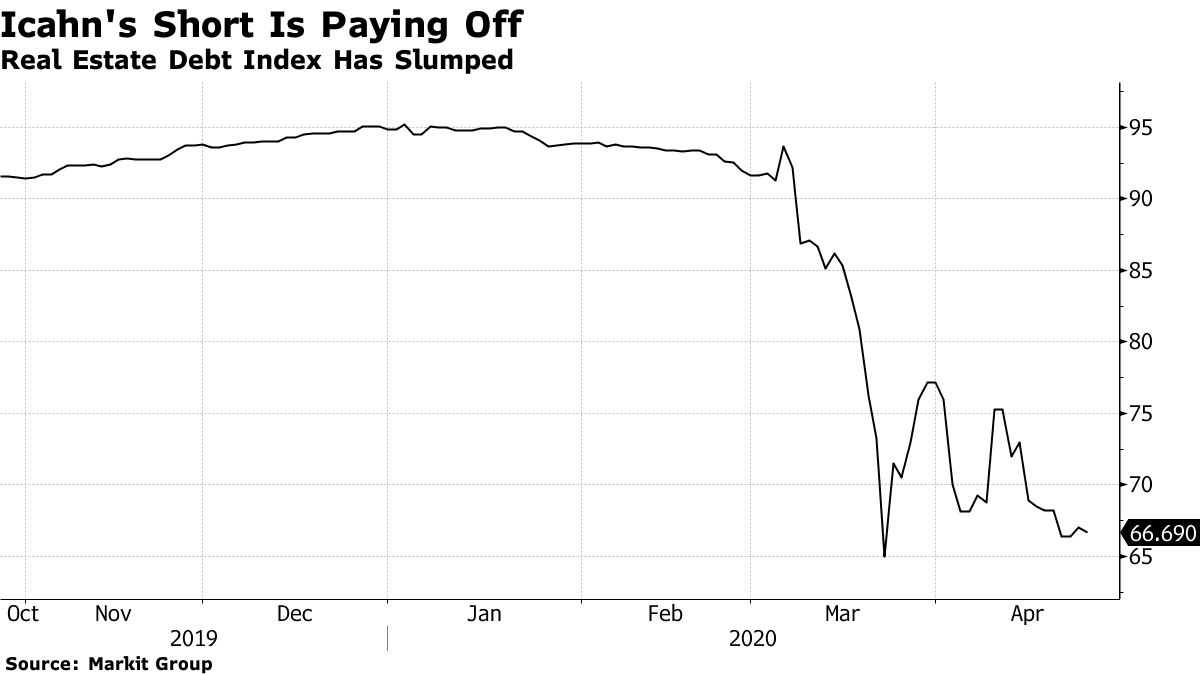 He must be smiling ear to ear as Main Street turmoil turns into massive gains for him and his investors. One is reminded of this Zeitgeist-defining snap from just the other day. 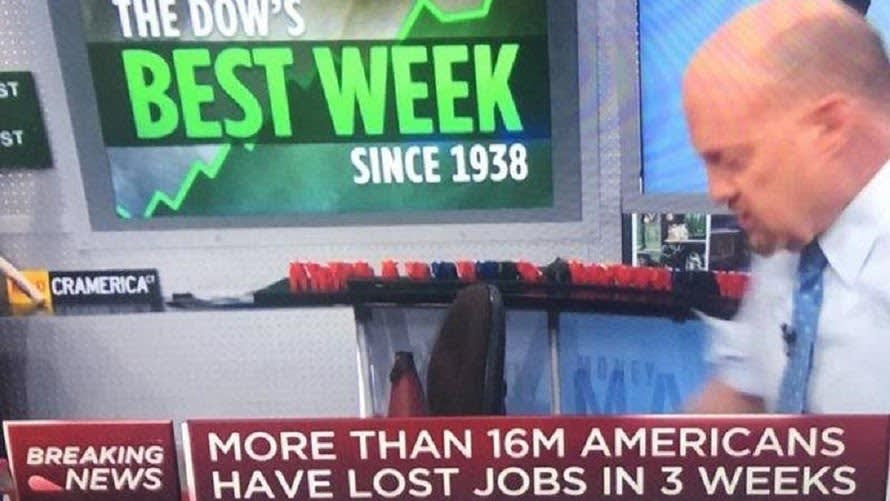 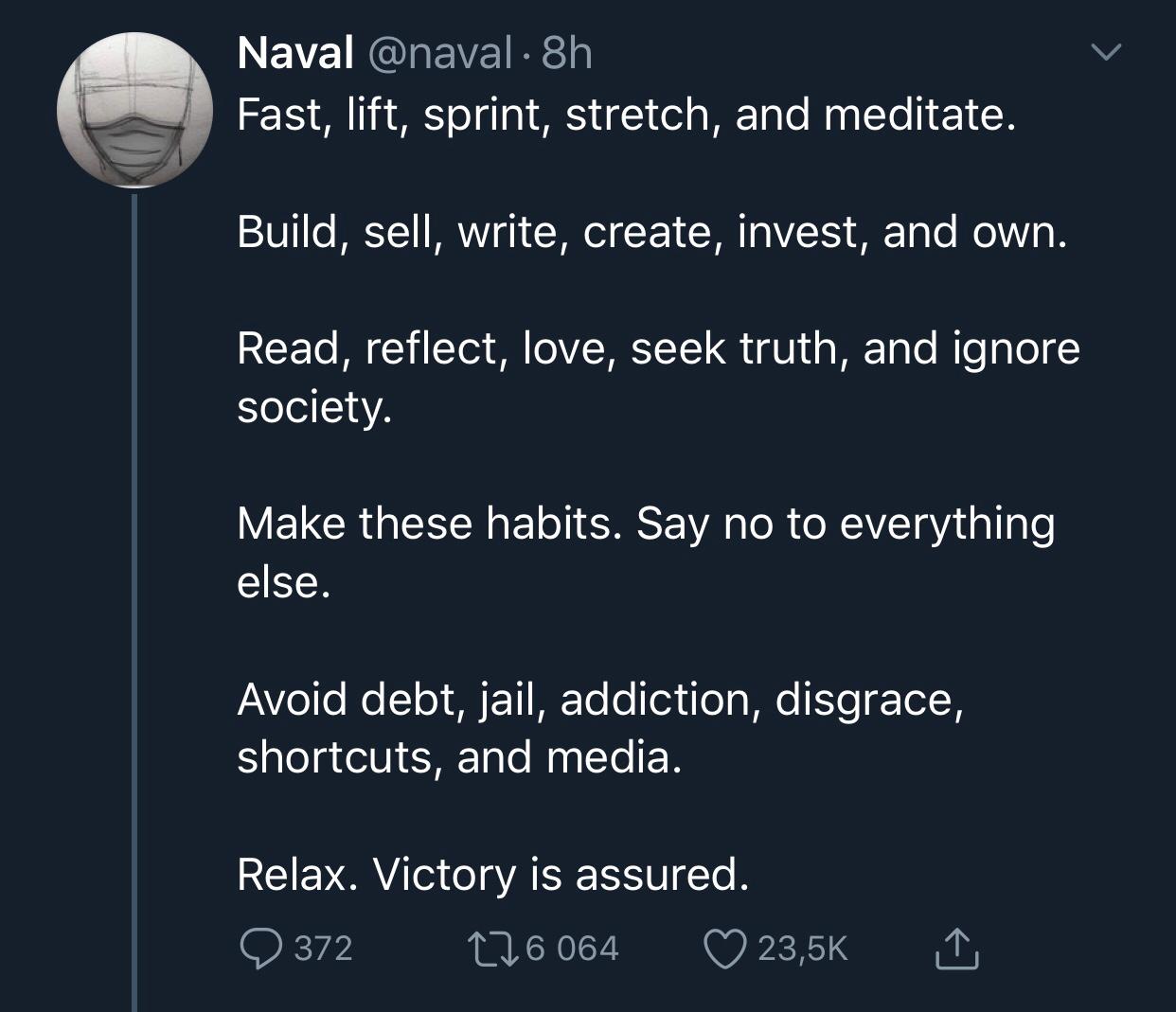 Not just negative prices but trades executed at an incredible 34 US cents below zero.

Amazingly masses of retail investors also took a bath, having piled into oil ETFs like USO which subsequently got hammered during the volatility caused by the massive contango and the risks of losses when rolling their oil futures forward.

Popular low-cost investment app Robinhood - which is heavily used by millenials and marketed to the everyman - saw massive investment from users trying to profit from an anticipated rebound in oil prices, all while the prices and the USO ETF they stormed continued plummeting.

This Bloomberg article breaks down in detail, the mechanics behind this fascinating market dislocation. 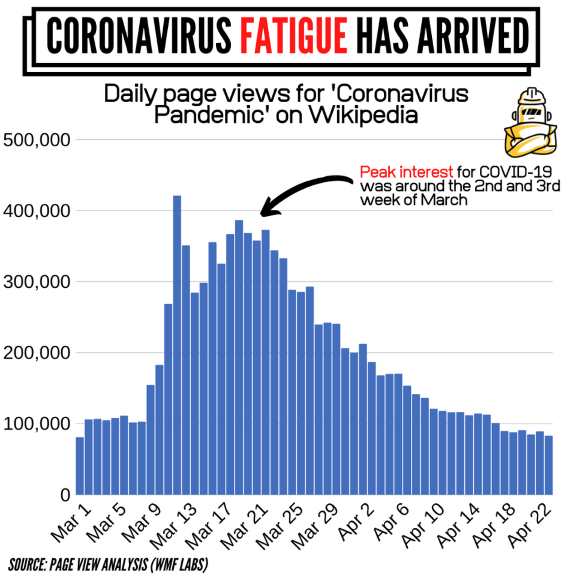 Yet another visual reminder of the step-change in scale between the novel coronavirus and influenza. 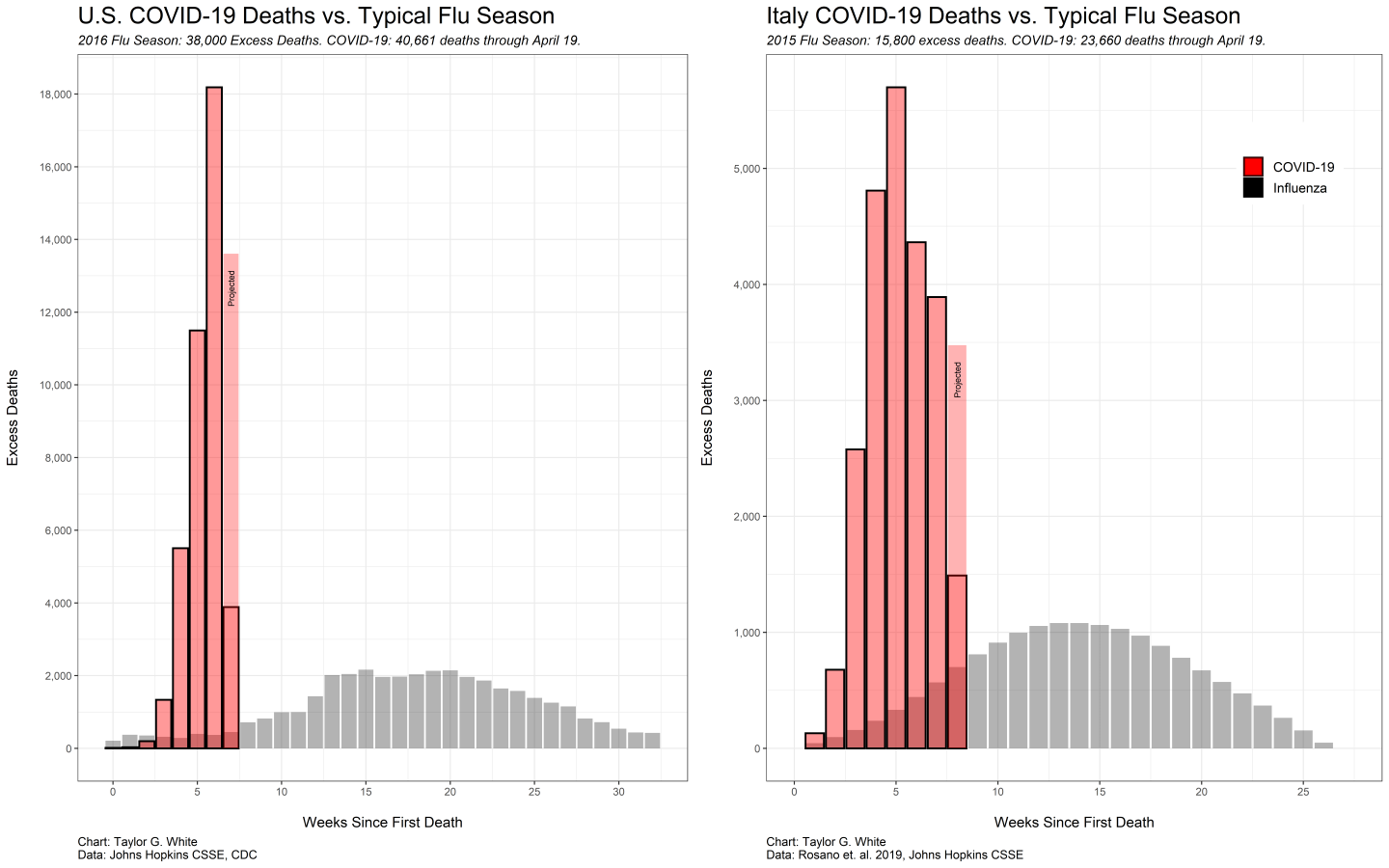 David Galbraith guest-writes on Azeem Azhar’s newsletter again, exploring some of the ways in which the world will reemerge from this period - specifically looking at these areas:

Some quotes from the piece:

Paradoxically, as we now see the downsides of a physically-connected world, the success in controlling the pandemic, so far, in autocratic Eastern countries with more state control and the inevitable encroachment on personal ‘freedom’, as group outcomes overcome individual ones, means that personal data privacy may no longer be an option.

In terms of the types of online vs. offline interaction preferences, if social distancing measures become a semi-permanent feature, then we will see a barbell effect. The online experience will become more real-time and less asynchronous. We are seeing this with the growth of real-time streaming services such as House Party, collaborative gaming or real-time streaming outpacing social networks, and streamed libraries such as Netflix. That being said, while Zoom (real-time) has grown to have a value that exceeds all major US airlines, Netflix (asynchronous) is now worth more than Exxon Mobil. So there is plenty of value in both. 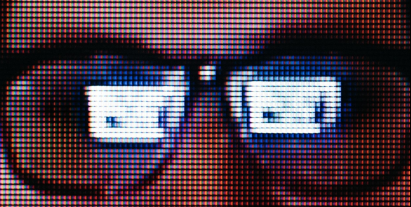 National Geographic unpacks why your brain is being so taxed with your current WFH arrangement (assuming you’re so lucky to still be fully employed and allowed flexible work).

We’re ready to debunk the cr💩p in your WhatsApp groups. pic.twitter.com/YC3FZrnsxP 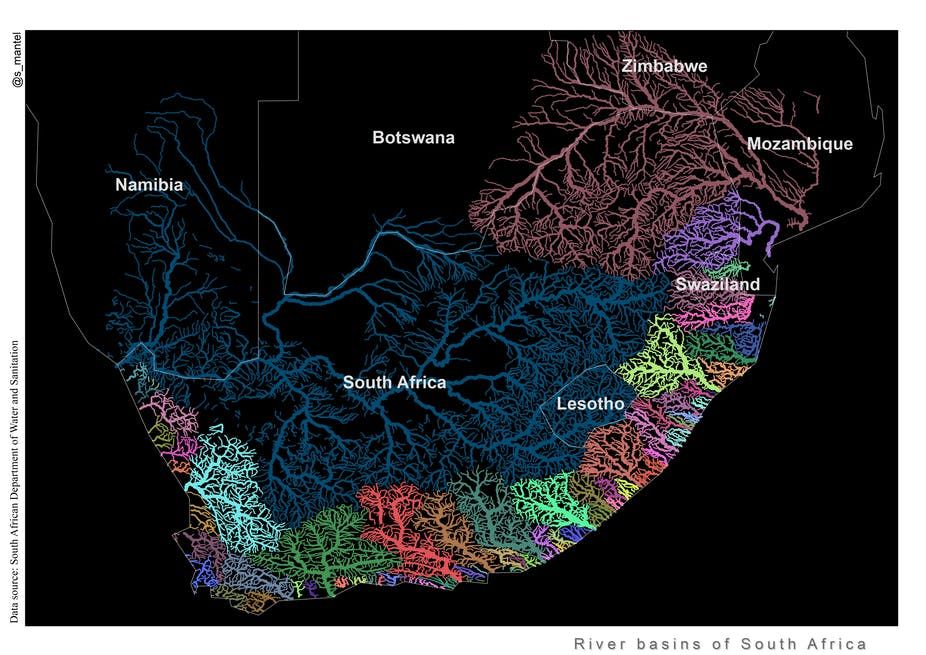 In the heart of this grove among the mountains of Mexico, half a billion Monarch butterflies lie sleeping. This spy hummingbird ventures to witness a breathtaking swarm [full video: https://t.co/qHAlyuzvhd] pic.twitter.com/dtNSSA2CCN