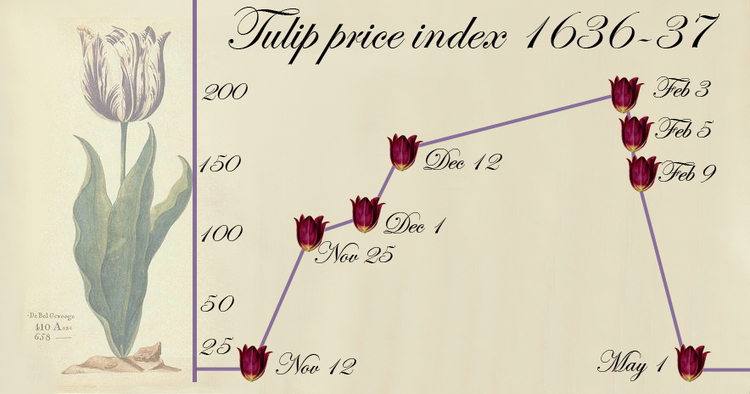 To paraphrase a commenter on this Smithsonian article on the Dutch tulip bubble’s historicity:

“In this 2007 paper “The tulipmania: Fact or artifact?”, Earl Thompson demonstrated that the tulip bubble appeared to be the effect of legislation which forcefully transformed tulip futures contracts into options contracts. Thereby enabling risk-free speculation, after which contract prices went through the roof, and the government had to step in to halt trading in an attempt to undo the effects of its own wrongdoing.” 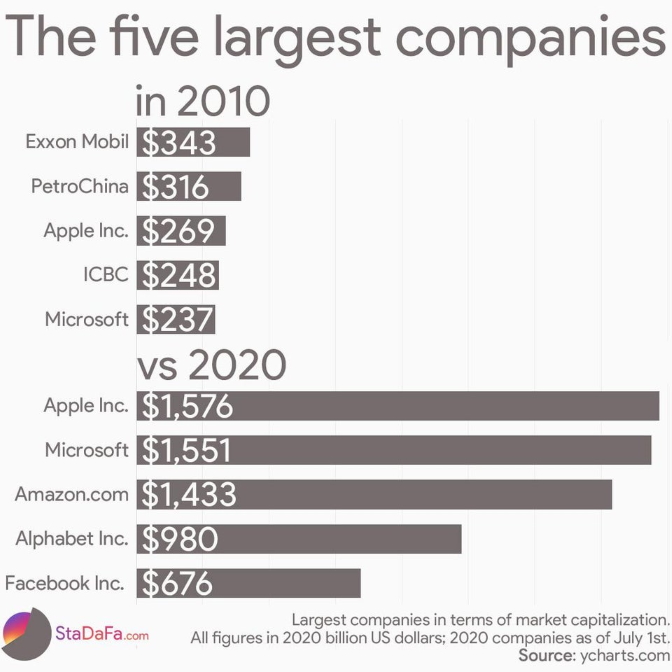 📹 Eclectic and probably NSFW youtuber exurb1a tends to put out videos which are somehow both bleak and triumphant. This one - where he looks at our incessant propensity to argument - has a rousing crescendo which is no different. (16:30)

The video’s subject matter reminded me of some lines from a 📝Venkatesh Rao longread article called The Internet of Beefs which featured in the very first article here:

You’ve heard me talk about crash-only programming, right? It’s a programming paradigm for critical infrastructure systems, where there is — by design — no graceful way to shut down. A program can only crash and try to recover from a crashed state, which might well be impossible. I came up with a term for the human version: beef-only thinking.

The Internet of Beefs, or IoB, is everywhere, on all platforms, all the time. Meatspace is just a source of matériel to be deployed online, possibly after some tasteful editing, decontextualization, and now AI-assisted manipulation.

If you participate in online public life, you cannot entirely avoid the Internet of Beefs. It is too big, too ubiquitous, and too widely distributed and connected across platforms. To continue operating in public spaces without being drawn into the conflict, you have to build an arsenal of passive-aggressive behaviors like subtweeting, ghosting, blocking, and muting — all while ignoring beef-only thinkers calling you out furiously as dishonorable and cowardly, and trying to bait you into active aggression.

Your only other option is to retreat to a shadowy network of private spaces defended by blocks, restricted feeds, secret-group gatekeeping boundaries, and subscribers-only paywalls. A sort of underground Internet that I’ve previously called the CozyWeb. 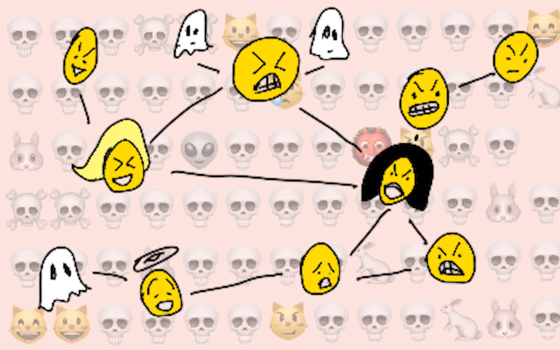 Many of Venkat’s sentiments are shared in Scott Alexander’s (in)famous (in certain online circles) 2014 screed 📝“I Can Tolerate Anything Except The Outgroup”.

Notable is the fact that one needn’t use the Way Back Machine in order to access the article anymore, after Scott reinstated a version of his site post his 📝NYT doxxing fiasco.

Some prescient panels from 1923.

“A good science fiction story should be able to predict not the automobile but the traffic jam.” ― Frederik Pohl 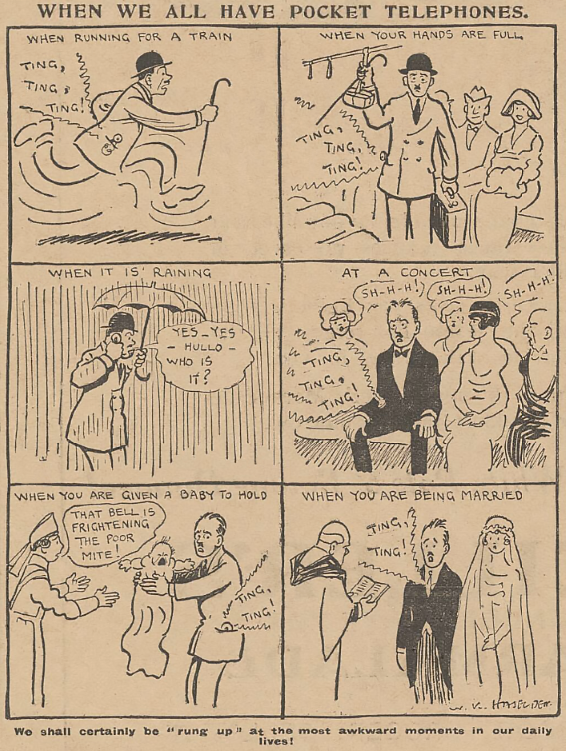 So this happened to Kodak’s share price this week… 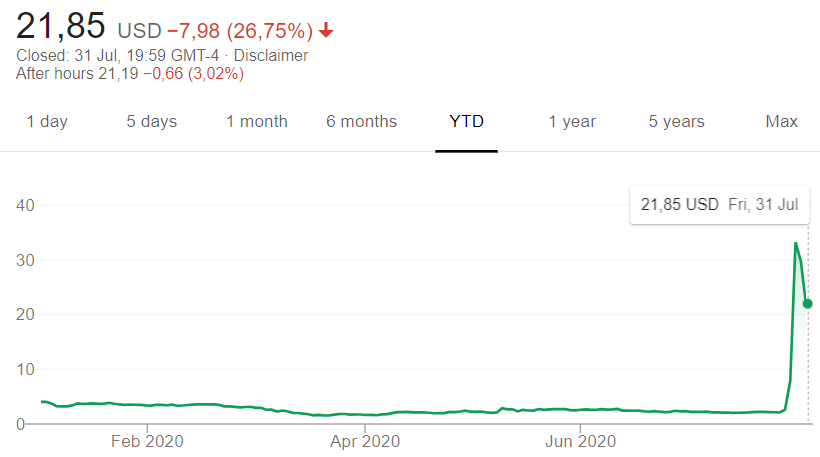 The sudden jump in the Kodak share price coinciding with the announcement of a $765 million loan from the US federal government to pivot to producing drug ingredients used in generics. 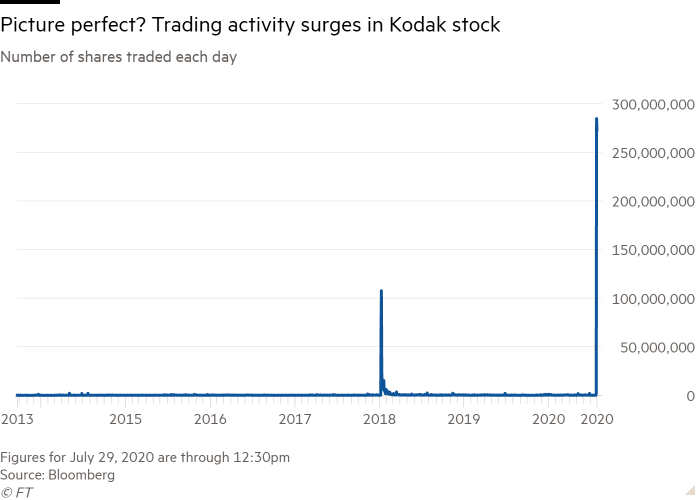 Their previous peak in traded volume happened during the 2017⁄2018 crypto & blockchain ICO craze, which confirms Kodak’s current status as a Robinhood-ready meme stock.

And yet some, shall we say, interesting trading behaviour occured even before the loan announcement. 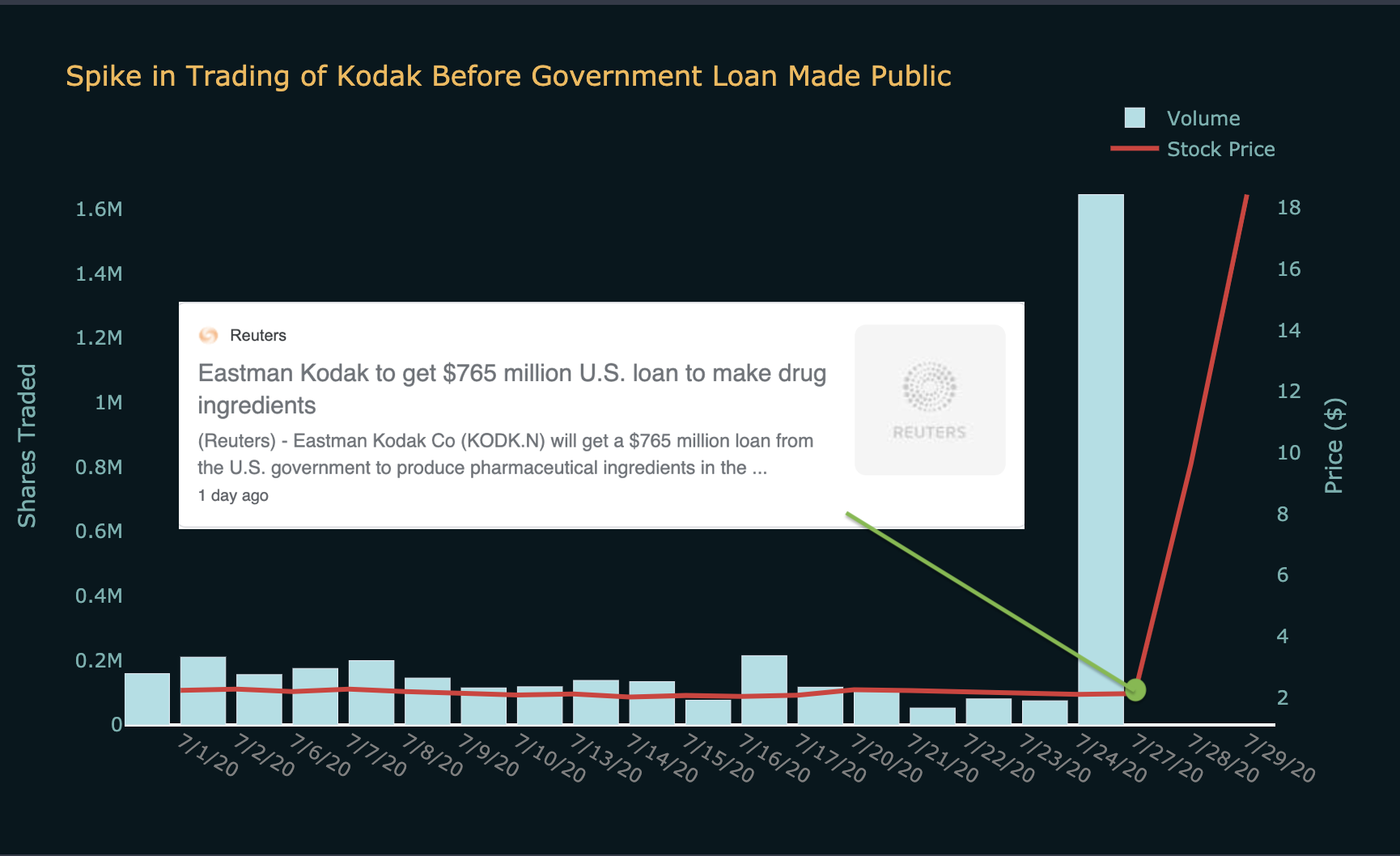 Apparently the pre market-open trades can be attributed to the accidental publishing of the announcement by several local news purveyors (who hastily removed the posts after some strong urging from Kodak). This apparently happening too late with a number of wiley traders taking long positions in anticipation (potentially 10X-ing their money in the process).

Other recipients of apparent “good fortune” would be Kodak’s CEO and other executives who reportedly got stock options the day before the news.

As the pandemic leaves offices around the world empty, 📝Catherine Nixey asks what was the point of them anyway? 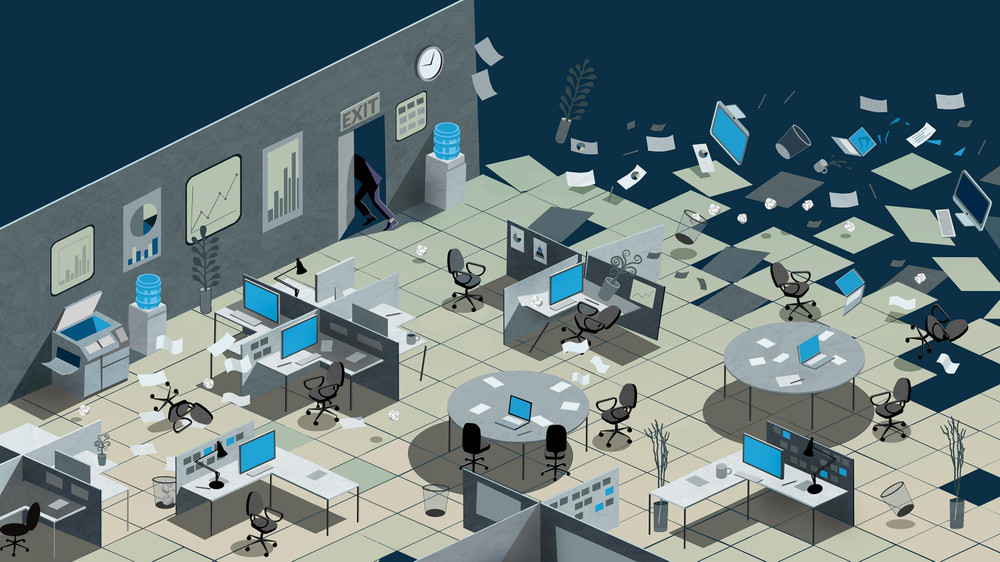 The irascible yet inimitable 🎧 Nassim Nicholas Taleb talks about the pandemic with EconTalk host Russ Roberts. Topics discussed include how to handle the rest of this pandemic and the next one; the power of the mask; geronticide, and soul in the game.

🎨 As the lockdowns ebb & flow 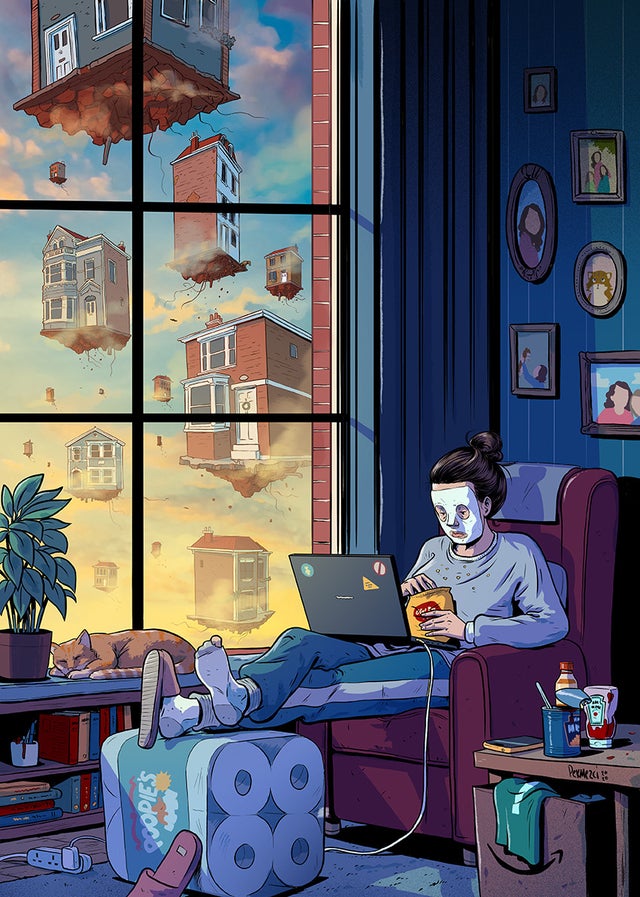 “Transfiguration (2020) is a reworking of the Universal Everything studio classic from 2011, The Transfiguration. The Transfiguration was first shown at the studio’s first major solo exhibition Super-Computer Romantics at La Gaite Lyrique, Paris. Now completely remade using the latest procedural visual effects software, the updated artwork brings new life to the ever-evolving walking figure, with a new foley-based soundtrack by Simon Pyke.”

Per the below, I would have been in the land of the rising sun had not a plague thwarted yet another plan.

Would have been enjoying Suntory highballs 🥃, eating green KitKat 🍫and pounding the streets between venues 🏟️ right now if a certain novel critter didn't ruin things 😒

I’m a big fan of the nation and the culture, although I’ve only set foot there in person once. A homage to some of the nation’s art and art inspired by that nation. 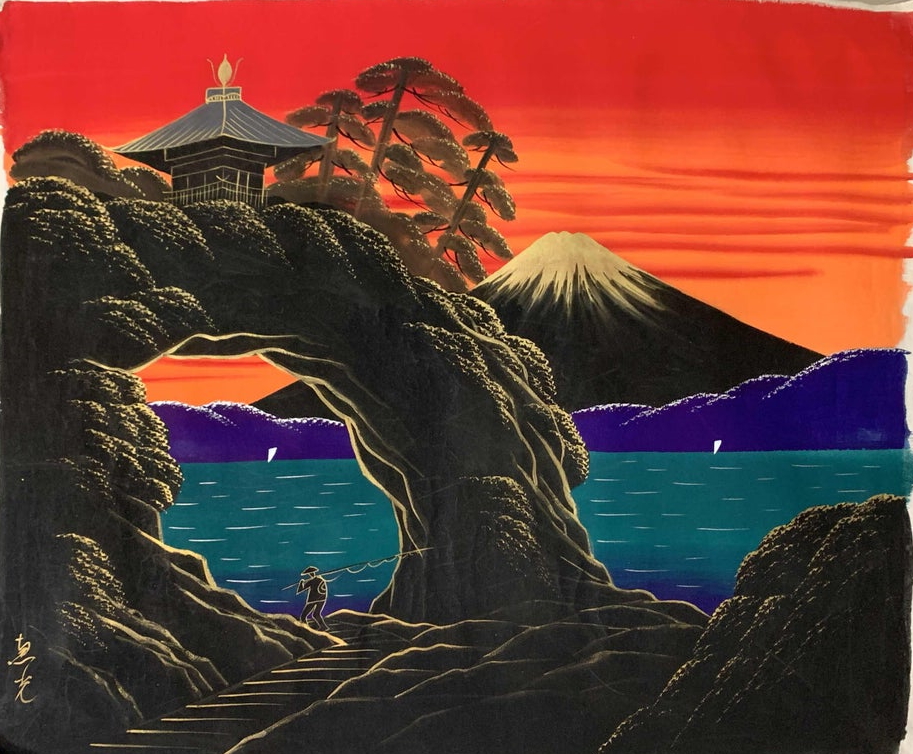 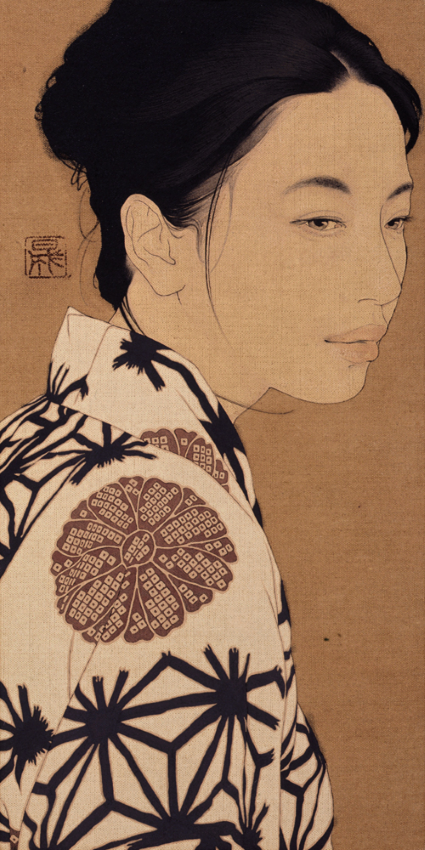 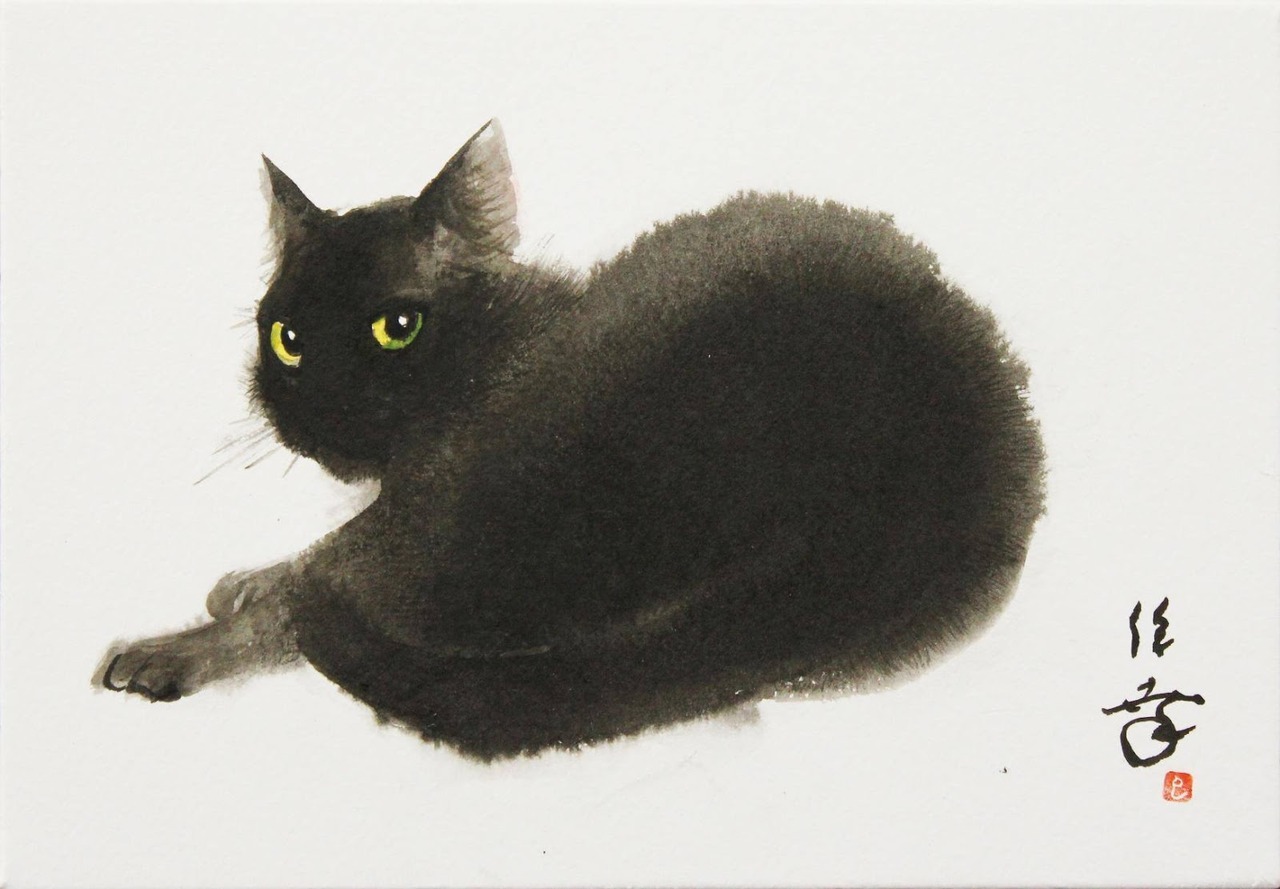 Enoki Toshiyuki aka 榎俊幸 aka Toshiyuki Enoki aka 榎木利行 (Japanese, b. 1961, Tokyo, Japan) 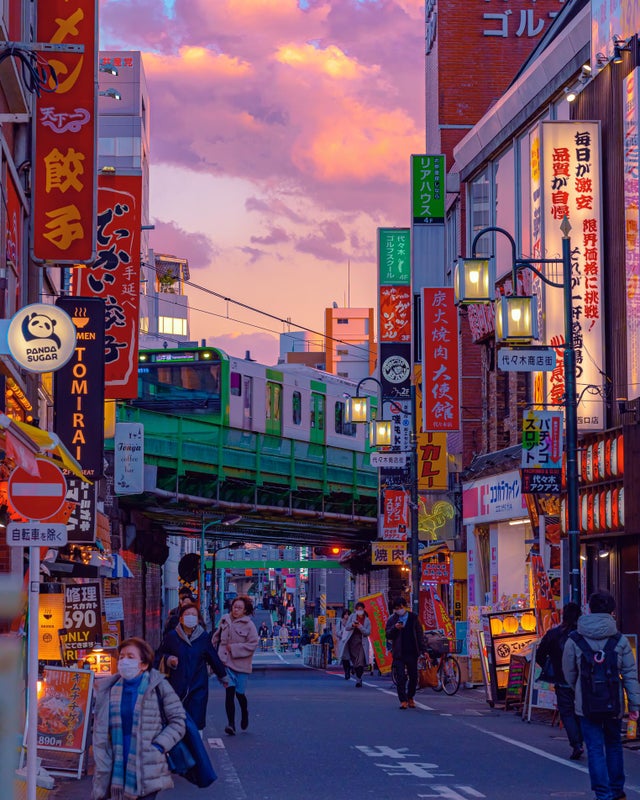 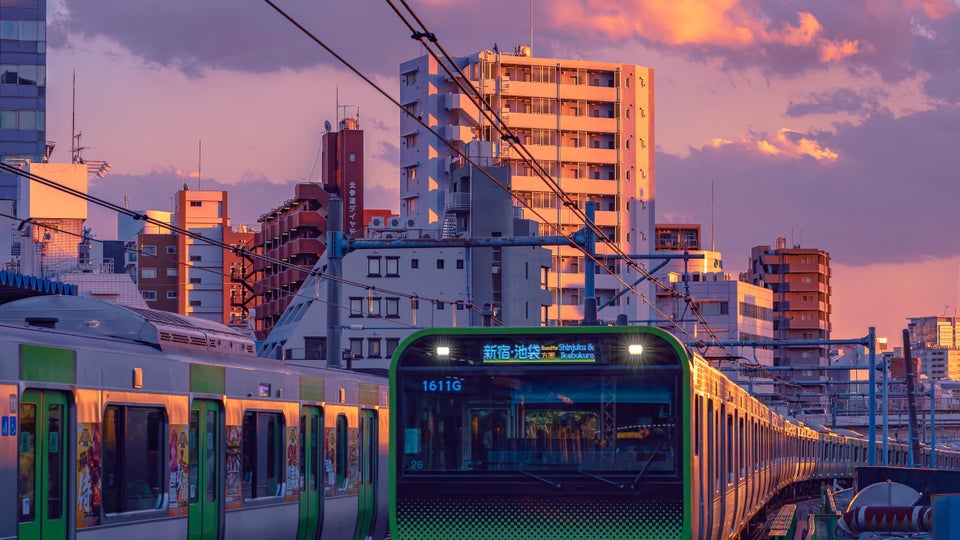 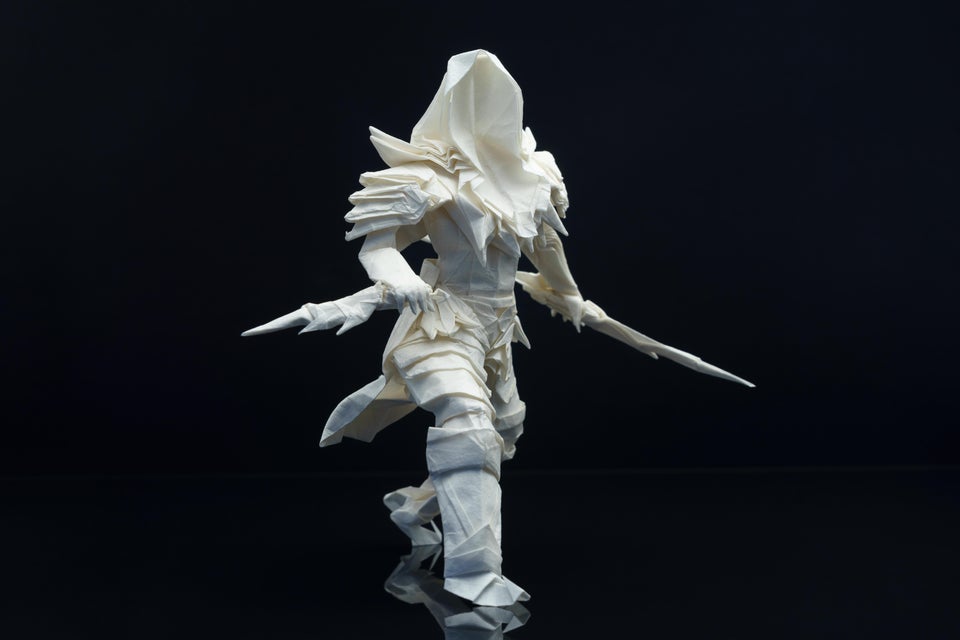 “井の中の蛙大海を知らず” // I no naka no kawazu taikai wo shirazu // Literally: A frog in a well does not know the great sea. - Japanese Proverb

If you put some soap or ink on a leaf, you obtain a ink propelled boat, using the Marangoni effect. The ink or the detergent has a lower surface tension than water and its flow provides thrust to push the boat forward https://t.co/Ji4riaueys [gif: https://t.co/yDioEbjPSI] pic.twitter.com/53sN3EzHD1