Interesting to note how differently Japanese maps onto English 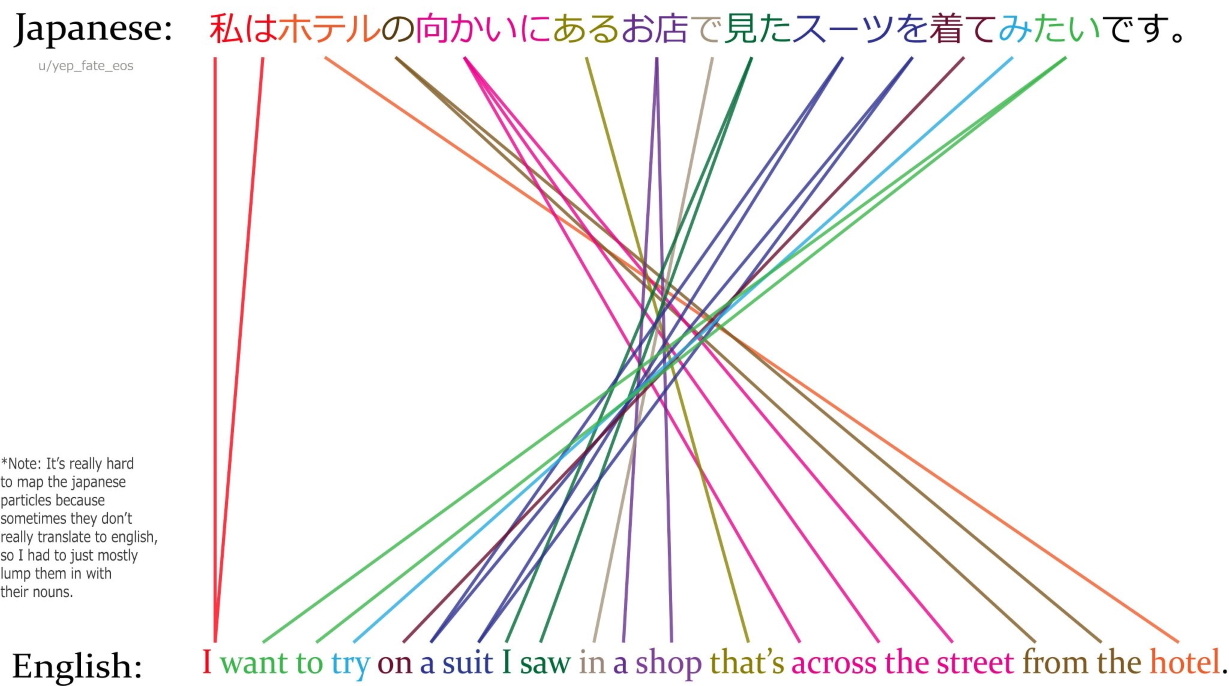 Quite the juxtaposition to Thai & English

Outside of the fascinating and continuing goings on in the public markets, the cryptocurrency story has continued evolving apace - with noticable price action particularly in Bitcoin over recent weeks.

Part of the explanation for said price movement is likely the third block reward halving which has occured since Bitcoin’s inception. Each of these events has tended to be followed - albeit in subsequent months - by significant price action & volatility. 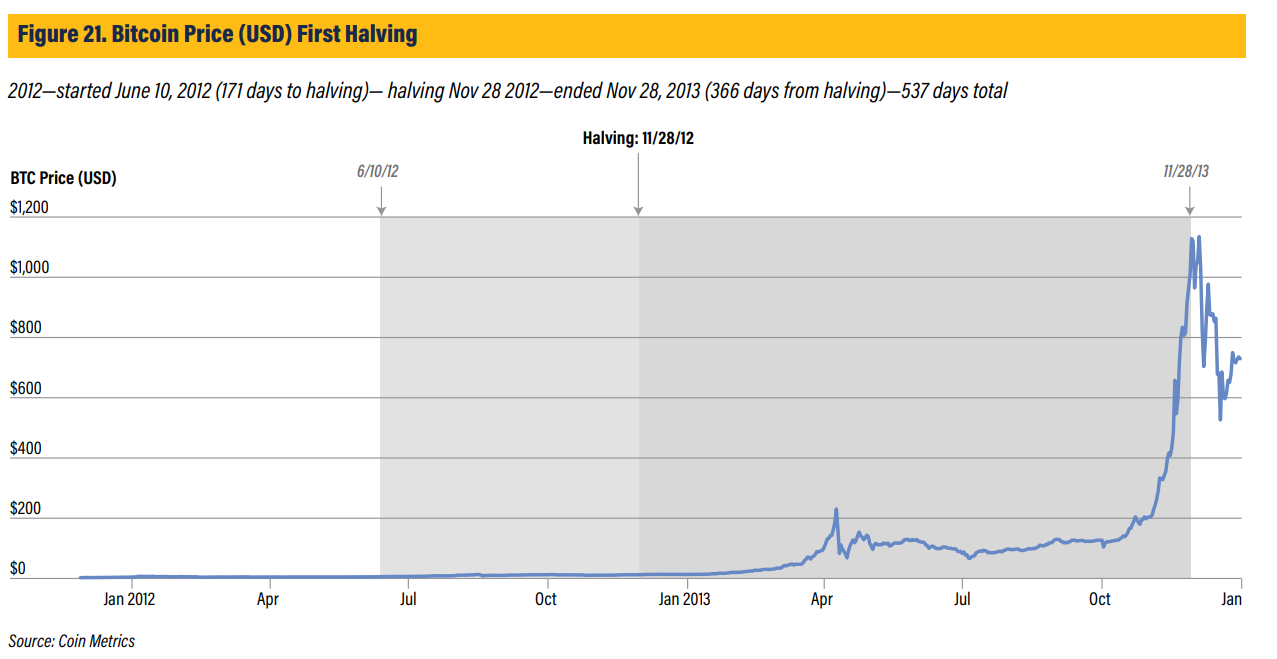 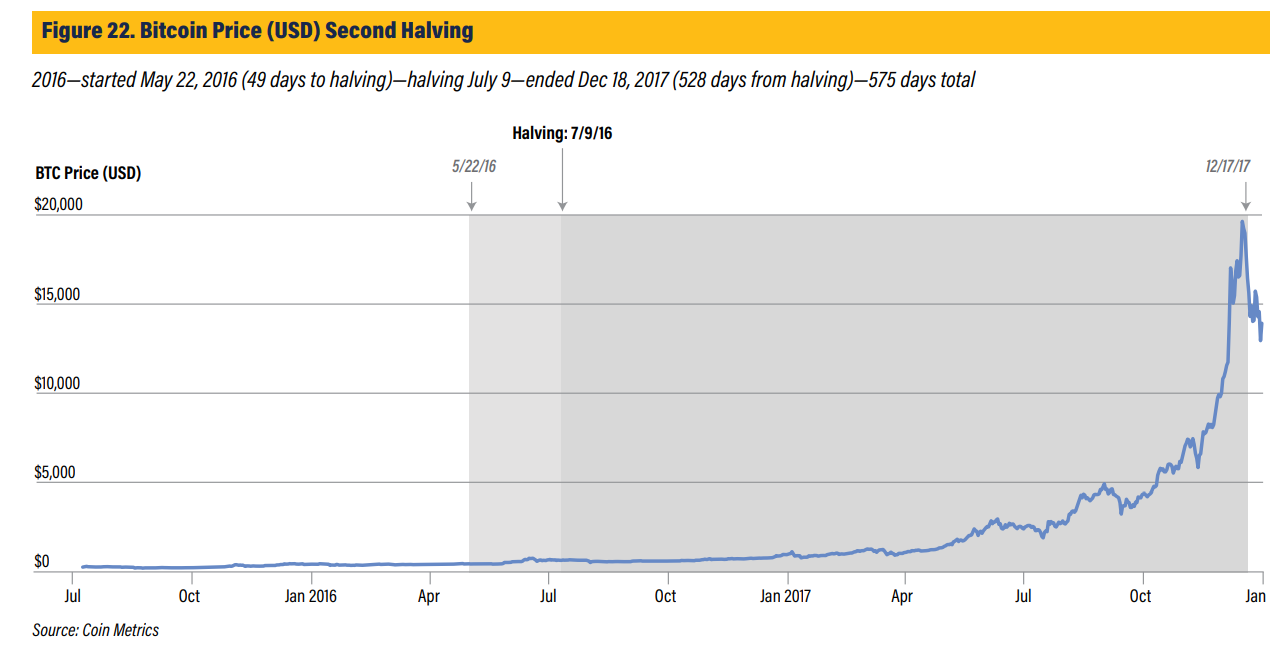 One theory is that punters are starting to anticipate that this will be the catalyst for yet another bull-run in the medium term, although there are other variables which are cited - including BTC’s Gold 2.0 credentials being tested in this downturn. 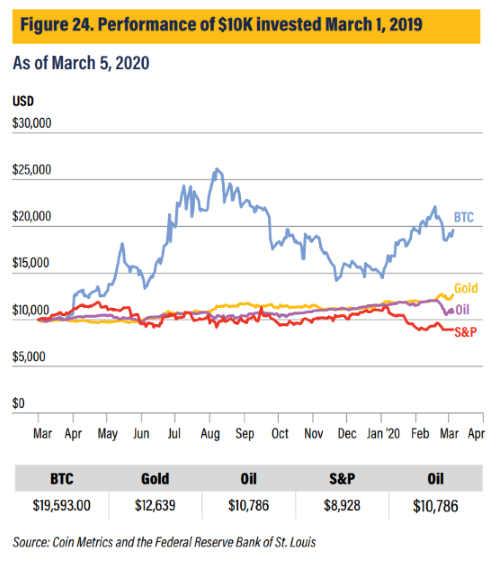 Coindesk put a good paper together explaining what the halving is technically and prevailing theories surrounding it’s implications.

A quick excerpt on block rewards: > The “halving” refers to a pre-programmed 50% reduction in the compensation to nodes that maintain the bitcoin network. These are called “miners.” Bitcoin miners group transactions into blocks and add them to the blockchain. This requires considerable computing power, which incurs a cost. To compensate for this cost, the bitcoin protocol automatically includes a fixed amount of new bitcoins in each transaction block. When a block gets successfully added to the blockchain, the miner that processed that block gets to keep those bitcoins. These are known as the “miners’ subsidy” or “block subsidy,” and part of the “miners’ reward” or “block reward” (along with transaction fees). As well as compensating bitcoin miners for their work and expenditure, the reward mechanism controls the issuance of new bitcoins. Miners are the first owners, and can sell those bitcoins into the market via exchanges or OTC desks.

It’s this reward which is being halved again.

Kurzgesagt rolls back the years invoking such primary school classics as “mitochondria is the powerhouse of the cell”, minutes before dropping a casual anime-betrayal reference.

Amazon famously has a very strong writing and memo culture, with a particular aversion to (shudder) powerpoint presentations and a practice of memos being circulated at the beginning of meetings; read in silence and then discussed.

Below are a few whiteboard writing tips from their halls: 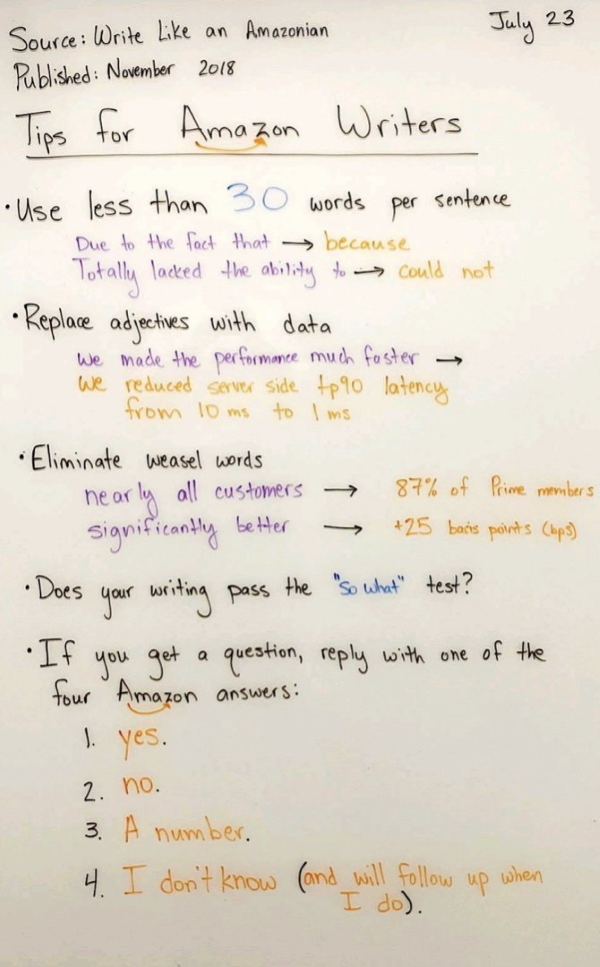 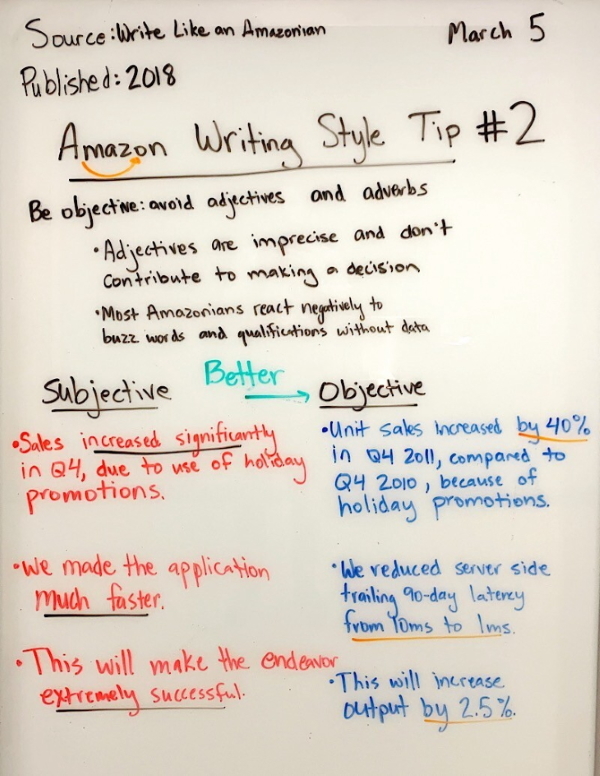 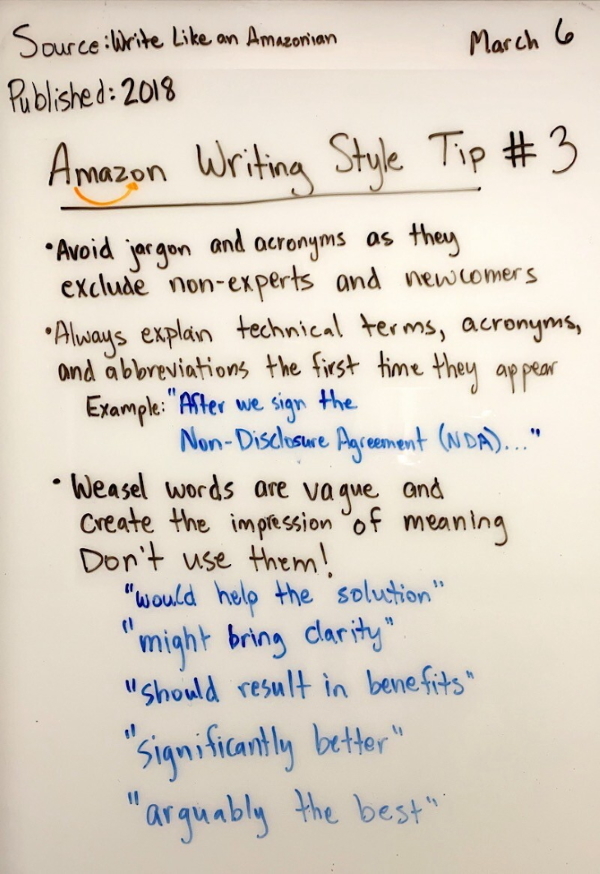 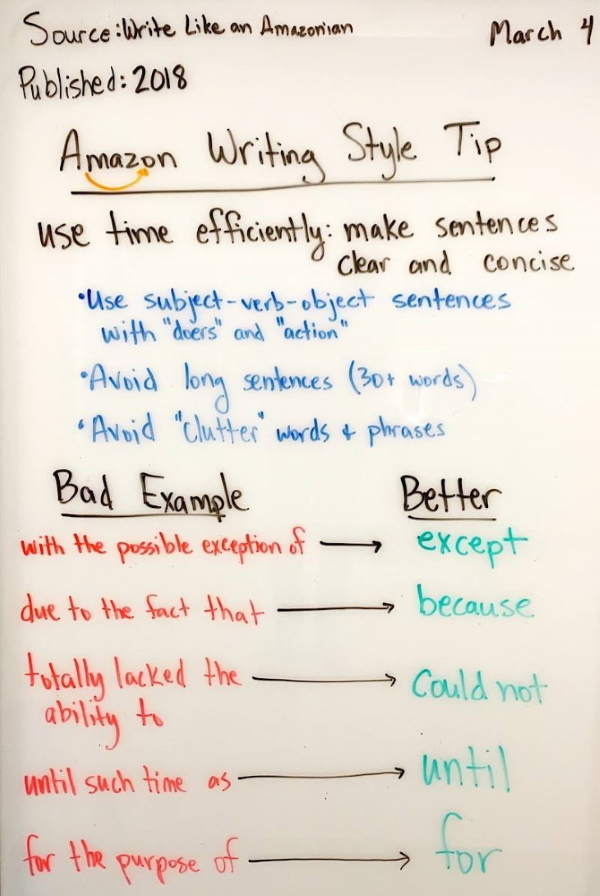 Evolution of the basic reproduction number (R0) of SARS-Cov-2 in Germany.

You’ll recall it’s critical for all regions to get this number under 1 to prevent renewed expontential growth and infection spikes. (Reddit) 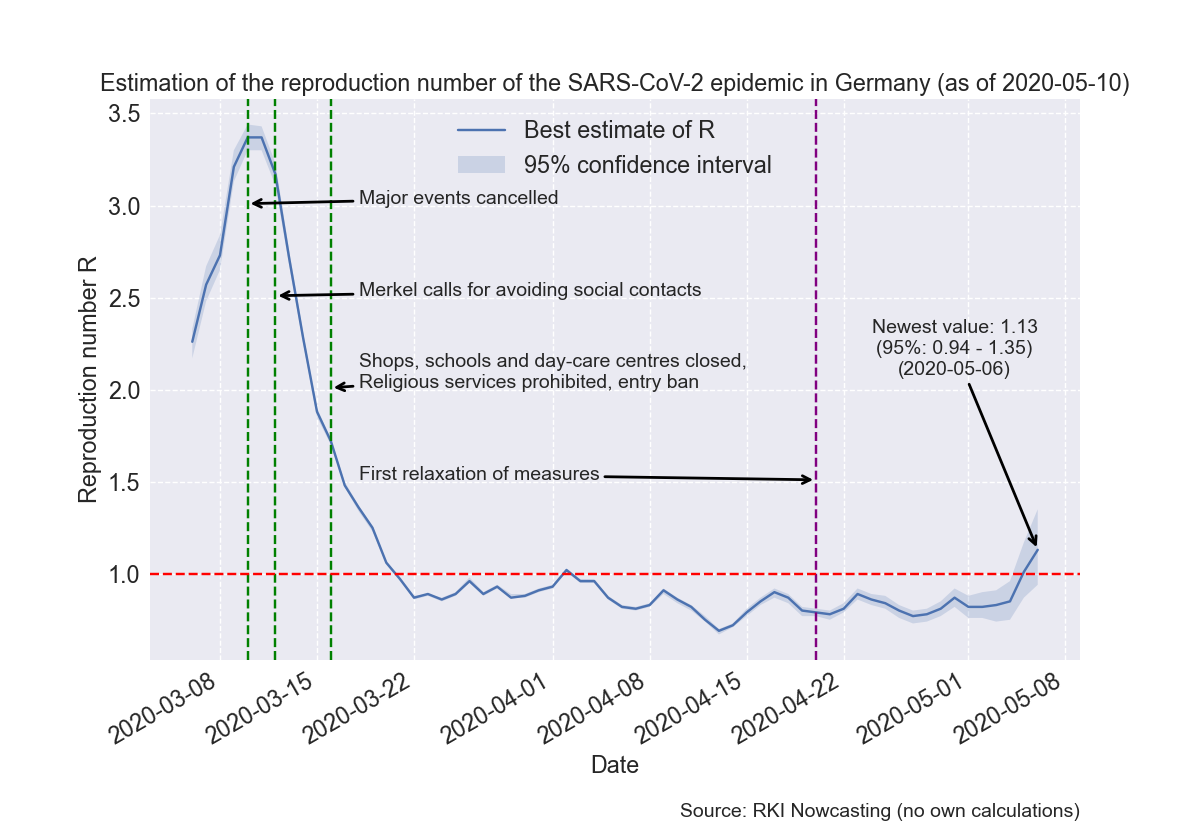 Current situation of countries relative to their peak. COVID-19 deaths per day (Reddit) 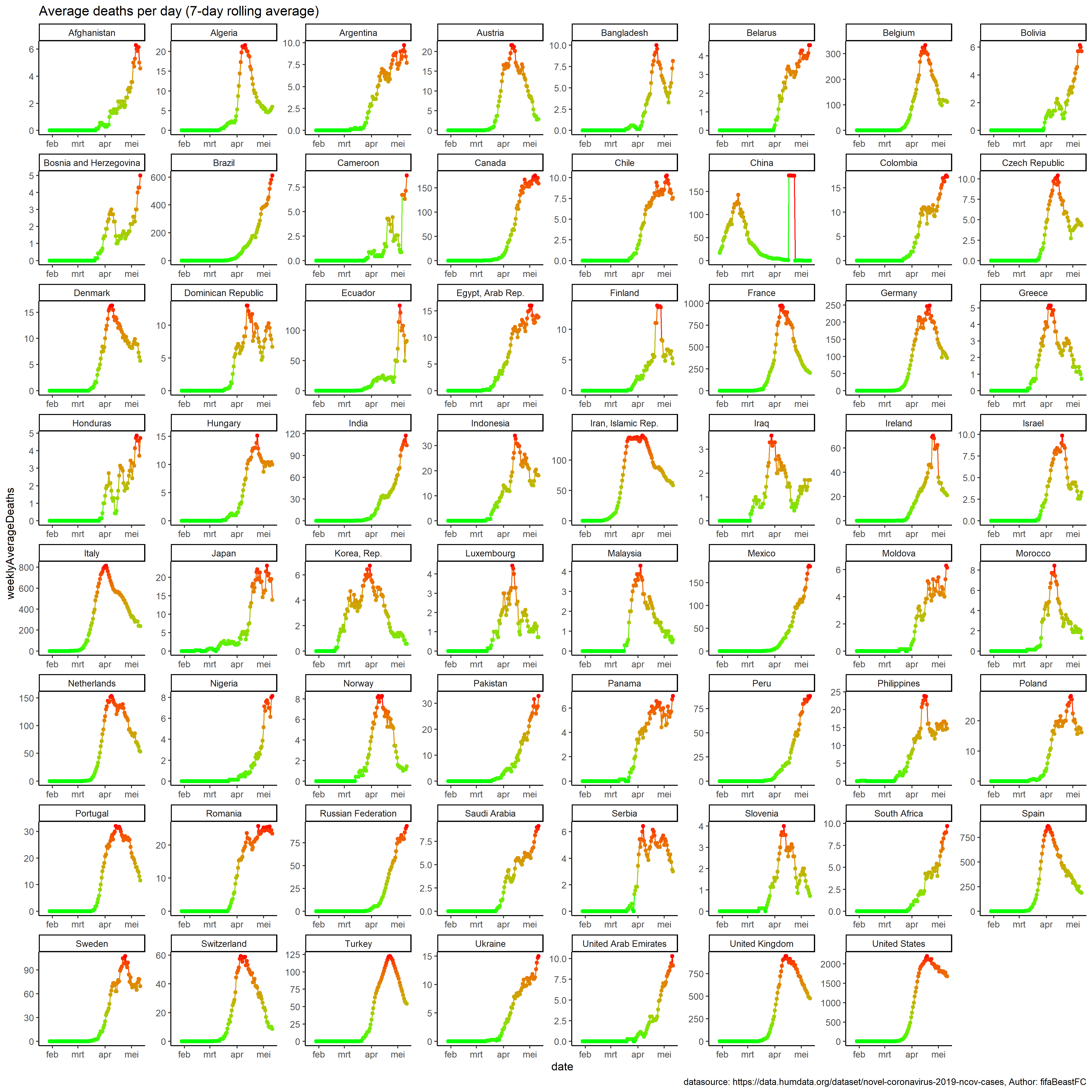 In the absence of a viable vaccine (could be months, years or never) or sufficient immunity, measures like large-scale contact tracing are inevitable given heavy-handed lockdowns aren’t possible on an indefinite timescale.

In terms of contact tracing, there are low-tech and high-tech options. Low-tech means thousands of people employed to manually trace people’s movements via phonecalls and in-person visits. High-tech means using things like cellphone apps to achieve the same goal. Combinations are likely.

On the high-tech side, 3Blue1Brown has done a good illustrative summary of Nicky Case’s original contact tracing illustrations.

Nicky has since created an excellent updated site detailing with various simulations, exactly how and why these strategies work.

Much more aggressive contact tracing solutions seem the only real way to avoid the economic and civic issues associated with more heavy-handed interventions over the longer term. This kind of explainer is invaluable in addressing the inevitable (and justified) privacy concerns associated with such initiatives.

“The weakling gives more evil than he gets. The weak gives an eye for an eye or the same amount. The strong gives good for evil.

“Physical concepts are free creations of the human mind, and are not, however it may seem, uniquely determined by the external world. In our endeavor to understand reality we are somewhat like a man trying to understand the mechanism of a closed watch. He sees the face and the moving hands, even hears its ticking, but he has no way of opening the case. If he is ingenious he may form some picture of a mechanism which could be responsible for all the things he observes, but he may never be quite sure his picture is the only one which could explain his observations. He will never be able to compare his picture with the real mechanism and he cannot even imagine the possibility or the meaning of such a comparison.”