If you skilfully follow the multidisciplinary path, you will never wish to come back. It would be like cutting off your hands — Charlie Munger, 2018 net worth USD1,64 billion. 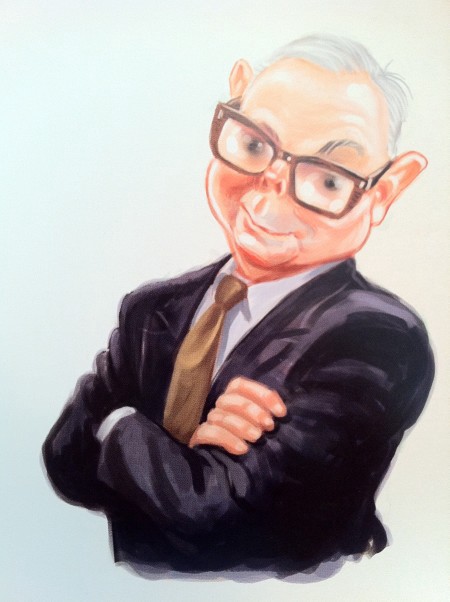 His monetary achievements are almost as impressive as his role in co-shepherding for decades, one of the greatest compound-interest generating machines in history, Berkshire Hathaway, alongside his partner and friend Warren Buffet.

Predictably he is asked constantly what the secrets to his and Warren’s investment philosophy are, and he almost unfailingly reverts to the same idea in response — that it’s less about a particular investment strategy than it is about training the mind doing the investing. He frequently talks about the sheer amount of time he and his business partner dedicate each day to reading and integrating new knowledge, to the point where his grandchildren call him a book with legs. “Developing the habit of mastering the multiple models which underlie reality is the best thing you can do” he says.

What he’s suggesting is understanding then using various frameworks and lenses through which to look at the world and understand it, to put a latticework of models together that better explain what has happened and solve future problems. He goes on to say “well, the first rule is that you can’t really know anything if you just remember isolated facts and try and bang ’em back. If the facts don’t hang together on a latticework of theory, you don’t have them in a usable form.”

This of course coming from one of the 20th century’s greatest investors whose own background was studying meteorology during World War 2, then Law at Harvard before devoting himself to business. He’s since been able to draw on economics, physics, biology, history, psychology and numerous other disciplines in developing his system of multiple interlocking mental models which assist him in understanding complex social systems and teasing through business problems.

Fundamentally it is about being able to separate the signal from the noise in our increasingly multi-dimensional and complicated world. Most problems can scarcely be understood let alone solved with a single model, lest you become the proverbial person with a hammer whose every problem looks like a nail; but a multitude of models gives us the best chance of bringing the right one to bear at the right time.

This article picks from hundreds of models to give you ten which are examples of those that tend to do some of the real heavy lifting.

Simpler theories are preferable to more complex ones. In other words, when you have several explanations competing to describe the same thing, choose the simplest one — or the one which requires the least amount of assumptions on your part.

When thinking through a potential solution, don’t stop at the immediate set of results, think a bit further ahead to the next possible set of circumstances. Economics is a good example where we often stop at the first set of consequences — and only think about one set of people affected. Broaden your thinking to include how this policy/decision/action might affect a different set of people in the future as a result.

Vifredo Pareto having noticed that 80% of Italy’s land was owned by only 20% of the population suggested what’s become known as the Pareto Principle or 80⁄20 rule. Often 80% of effects come from only 20% of the causes — for example most of a business’s profits may come from 20% of its client base or 80% of a country’s food might be generated by only 20% of its producers. This rule can be applied quite generally to many phenomena.

We often think complex behaviours and phenomena must have complicated underlying mechanics yet higher-level behaviour tends to emerge from the interaction of lower-order components. In other words, very simple underlying rules and behaviours can give rise to extraordinary complexity and richness. The whole is often far greater than the sum of its parts in everything from ant and bee colonies to how systems of basic on & off switches can be built up into computers.

Simply put, left to their own devices systems tend to decay over time and there is a natural tendency to disorder. Generally, energy is required to move systems from disordered to ordered states with a very simple example being a car. It requires constant maintenance which can be seen as work/energy in order to keep it running. This is a fundamental law of the universe (formally it is said that entropy — the level of disorder — increases over time in a closed system) and it suggests that we must constantly strive with effort to improve things because left on their own they will inexorably tend to decay.

One of the most powerful concepts discovered in the last 200 years was that of evolution by natural selection which showed the mechanism by which the evolution seen in species could be explained. The mechanism being that of the survival of individuals with favourable traits for a particular environment and these individuals passing those traits onto their descendants. It showed that small variations which occur naturally provide just enough randomness in the genes after which the environment itself selects the evolution of those descendants based on which variations are better suited to it. This concept is critical to the current advancements in machine learning for instance, where “fitter” or better performing algorithms outlast others resulting in extraordinary performance over time and in different circumstances.

Think of ordinary human emotion and instinctive thought processes as an elephant with rational thought, planning and higher order thinking as a rider sitting on top of it. We often have the best laid intentions and well thought out schemes yet because of our biology we struggle to stay on course or easily fall prey to erroneous conclusions. Daniel Kahneman and Amos Tversky who won the Nobel Prize in economics for demonstrating this effect empirically and spawning the field of behavioural economics, called this System 1 and 2 thinking. System 1 is your instinctive, more primitive & automatic “brain” while System 2 is the more thoughtful and rational. It’s much easier to go along with System 1 because it automatically jumps to conclusions yet System 2 is the seat of scientific thought and rationality — and much harder to try engaging, although we must to avoid ever-present cognitive biases.

This basic equation governs much from economics to biological life itself, describing how there is a limited supply of necessary goods and subsequently competition for those goods. Just as animals compete for limited usable energy, so to do businesses & other organisations compete for a limited supply of customer wealth and demand for their goods and services. The point at which supply and demand for a given good or service are equal is called equilibrium. This point is dynamic and ever-changing — and critically — it is also an emergent phenomenon, with no government or entity in history yet able to predict and tame it.

All creatures, humans included respond to incentives in order to stay alive. Regular incentives tend to encourage regular behaviour. In business, economic and political life, appealing simply to people’s sense of ethics or mandating behaviours hardly ever has the intended effect. Incentives are the most powerful driver of behaviour and this is often forgotten. Incentives are also often hidden/indirect and how information or choices are presented to people can often immensely affect how they make their decisions. This latter fact is important to keep in mind when engaging in any kind of change or indeed choice architecture.

A strawman is a logical fallacy often seen in discussion where a person doesn’t refute their opponent’s argument in a debate but rather a modified version of it which they find easier to attack or refute. A good rule of thumb is to try and fully understand and appreciate the other side’s point of view and if possible present a so-called steelman version of their argument i.e. try to improve it to its best possible version before then looking to engage it. This shows that you understand both sides of the argument and can clearly articulate why one is better than the other. This also avoids many misunderstandings and cross-talk, generating much more meaningful engagements.

These are just a few of what are certainly hundreds of models to employ in one’s cognitive arsenal. What is important is always to try and take a multidisciplinary approach to life’s learnings, try to build a coherent latticework of models which aren’t mutually exclusive and use this framework to better understand the ever more complicated world which we inhabit.

For an even more comprehensive list of mental models, check out Farnam Street’s entry on their fantastic blog here: Farnam Street