Olivia de Recat is a cartoonist and writer living in Los Angeles, whose work often appears in the New Yorker and other publications. Her sketch charting how the closeness of relationships evolves over time rings pretty true. 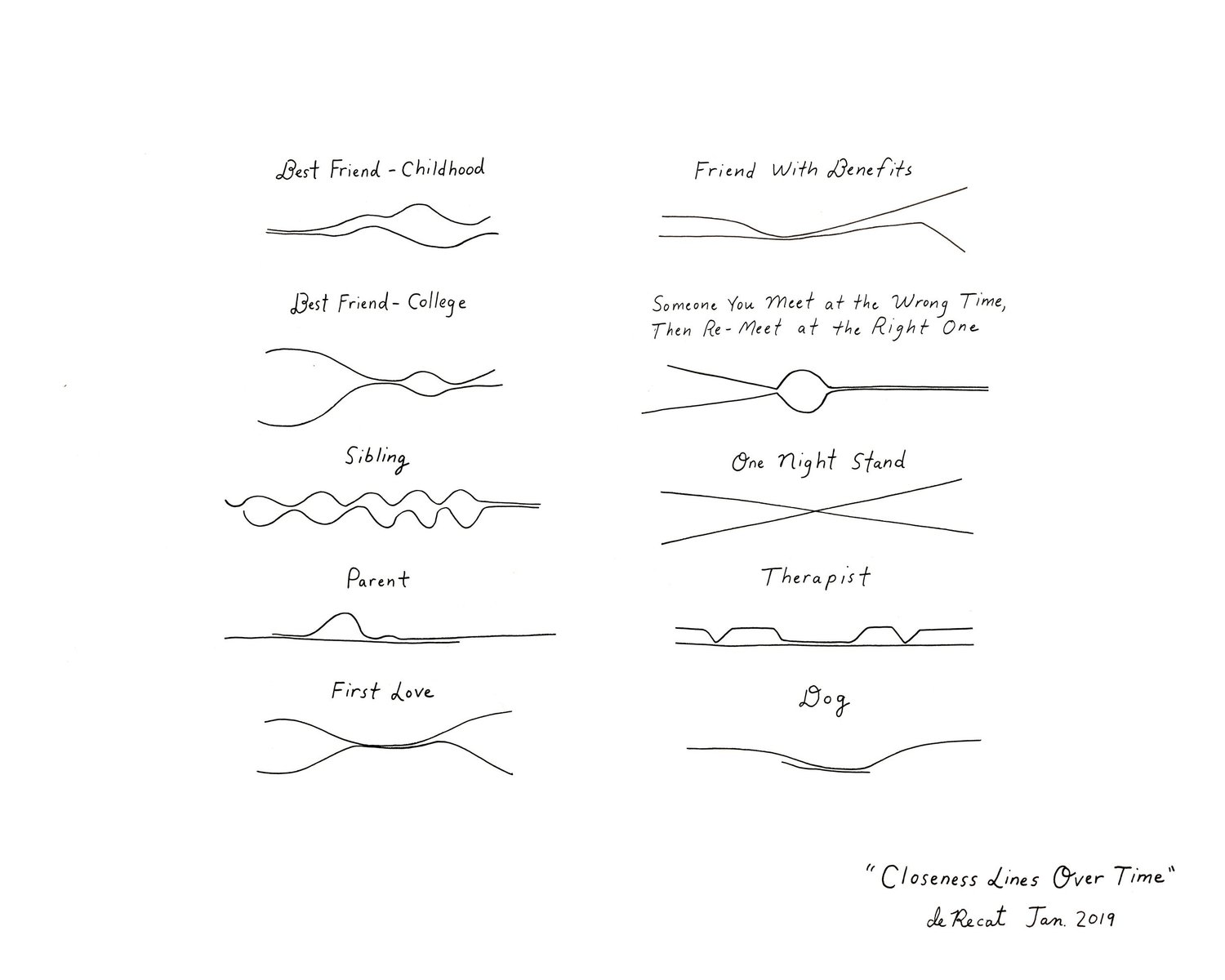 “History is that certainty produced at the point where the imperfections of memory meet the inadequacies of documentation.” - Julian Barnes

I thought this was quite a powerful quote, which applies broadly not just at a socio-historical level but even in our own individual lives. It was mentioned by Patrick McCray in response to a Nils Gilman question asked on Twitter about sense-making in posterity.

Deep thought: Will all the crazy things happening in the present one day make sense?

I enjoyed a couple of other responses on the thread over and above the Julian Barnes quote:

“The narrative that emerges about our present will be shaped by the needs of the future for anchorage in its past. It doesn’t belong to us and we have no use for it. We are making the present” - @lodyrdota

Globally it’s become clear that early childhood (particularly among young girls) access to social media is correlated with increases in depression and teenage suicide - both in developed and developing nations.

A potentially less morbid and fascinating aspect of Gen Z however is how they are turning their backs on many of the classic teenage vices from cigarettes to alcohol. Video games (and social media) appear to be picking up the slack. 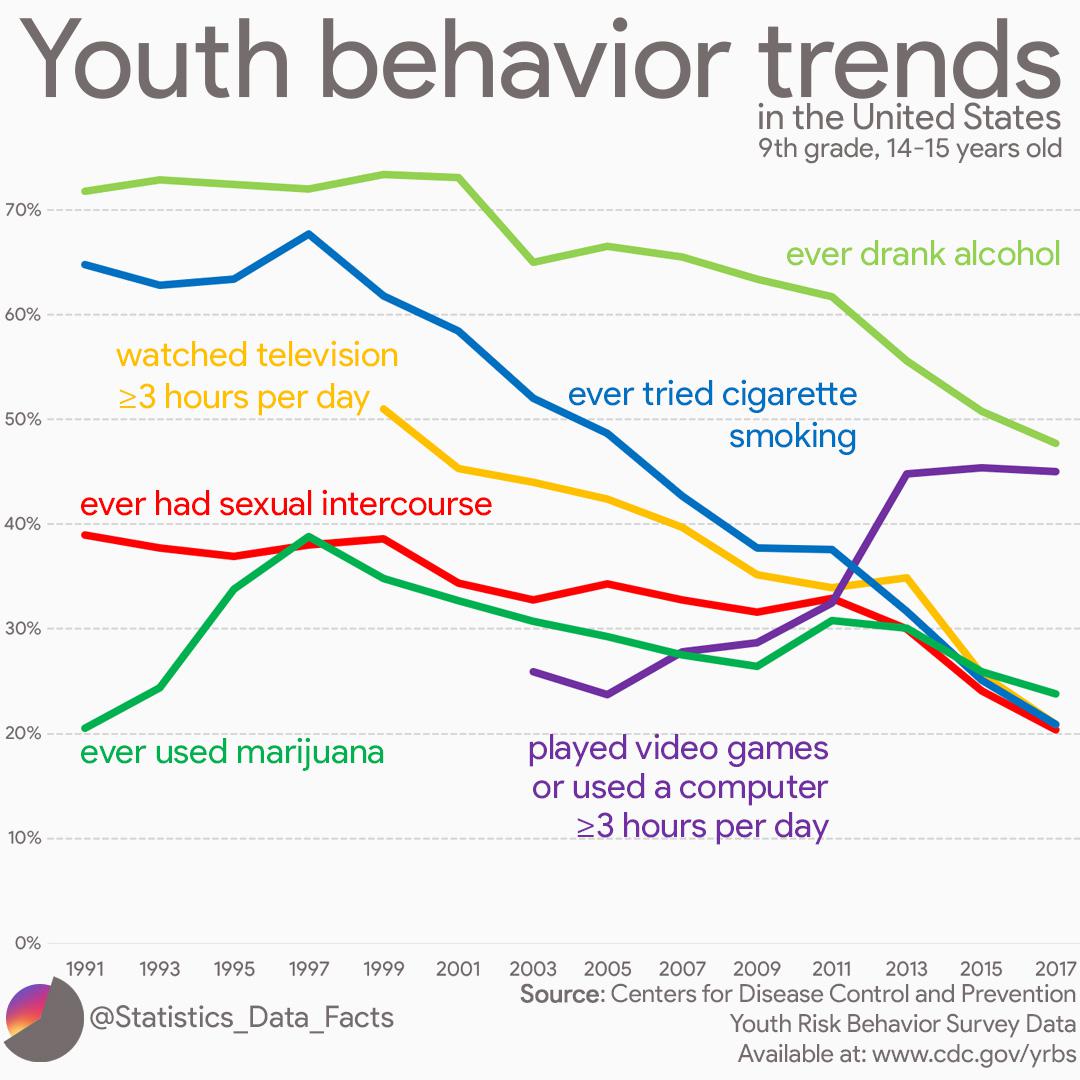 The Pareto Principle a.k.a the 80⁄20 Rule a.k.a The Law of the Vital Few a.k.a The Principle of Factor Sparcity - suggests that for many events a majority of the effects (say 80%) come from a minority of the causes (say 20%). This holds across a vast menagerie of phenomena - including mental models, frameworks and ideas. Relatively few ideas and models tend to do the majority of the heavy lifting in helping to explain how the world works.

Morgan Housel of the Collaborative Fund collates 100 ideas which he feels are a big part of that 20%. The post is definitely worth perusing.

A couple of examples:

Incidentally I also put together a mental model collection some time ago.

Sometimes you run into articles you want to hug. This is one of those articles - especially if you’ve been in a corporate environment and had your eyes glaze over as you were accosted by yet another “I should have the bandwidth - let me block out a touchbase on my cal, and we’ll figure out how to operationalise this” 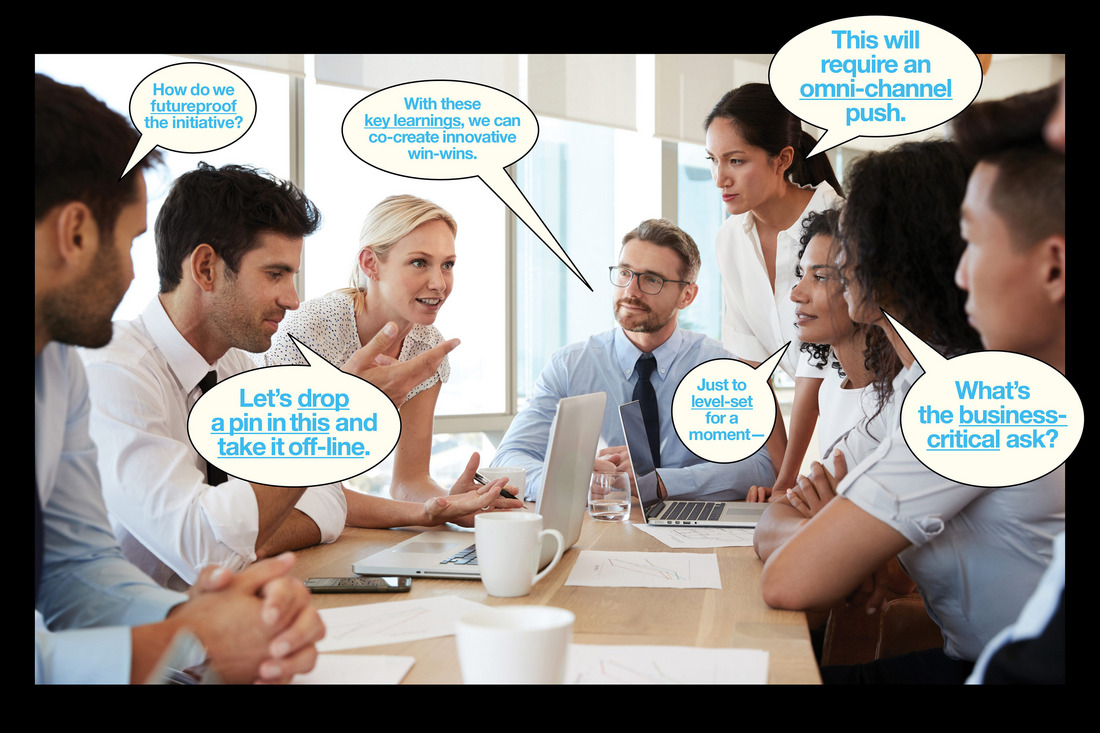 Garbage Language Why do corporations speak the way they do? 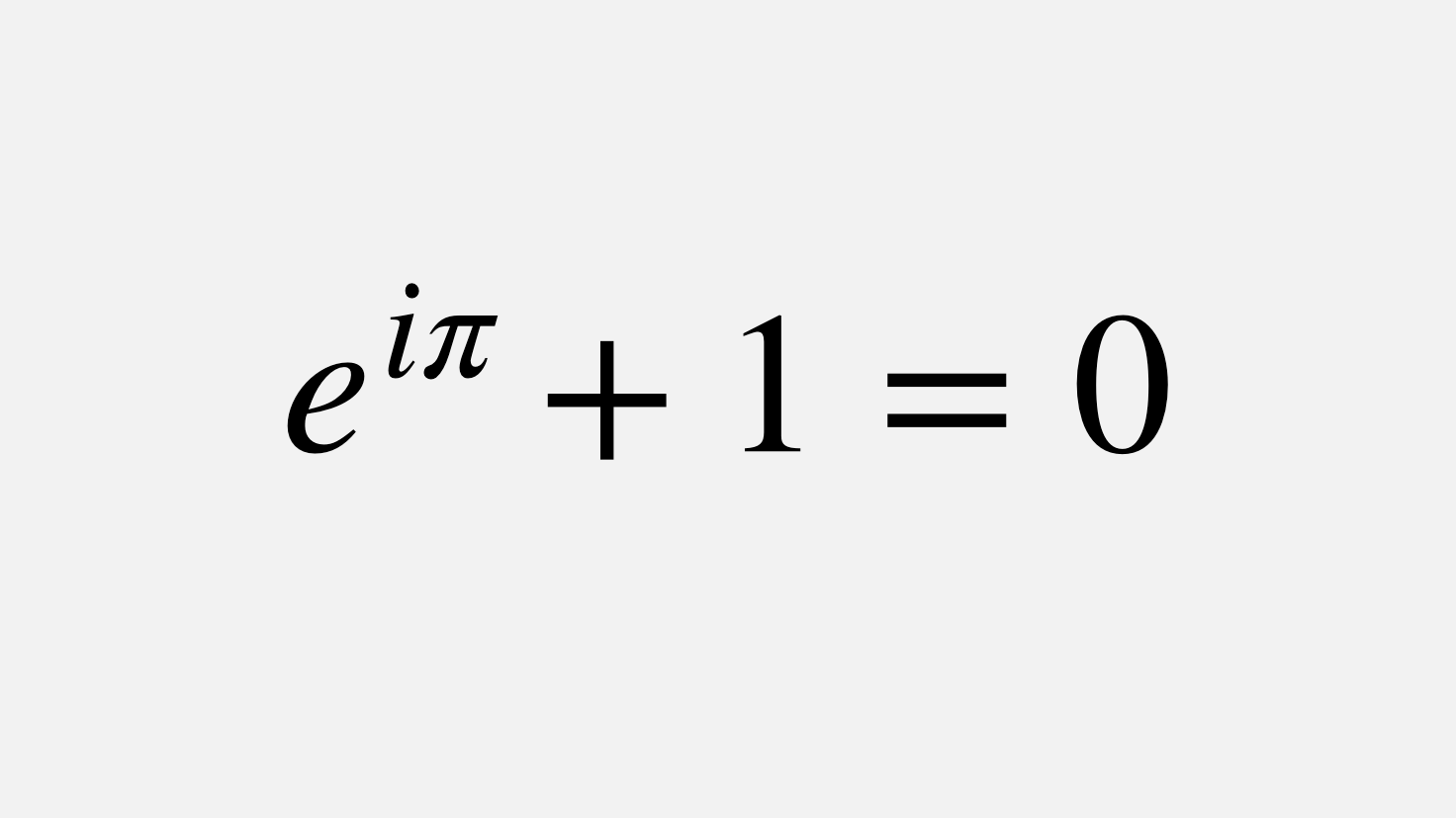 Allow your inner geek to appreciate the beauty of this formula - even if it’s meaning may be completely lost on you. Just know this miraculous little identity by one of mankind’s brightest ever minds binds 5 important numbers together:

Visual Capitalist put together a map showing all of the oldest companies in the world here. Here are the oldest going concerns on the African continent. 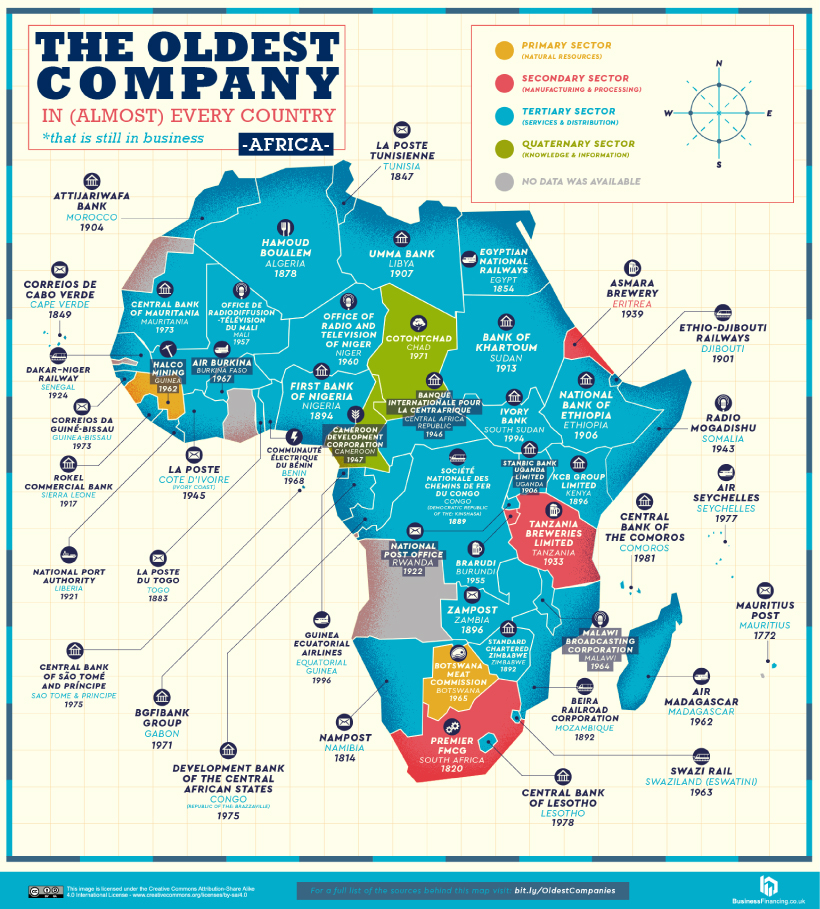